The Top 10 Things To Do and See In Stockbridge, Edinburgh

A strong individual identity lies at the heart of Stockbridge, to the north of Edinburgh’s city centre; its bohemian vibes give it a rarified air amongst the precincts of the capital. In addition, the proximity of stunning attractions such as the Royal Botanic Gardens and the historic Dean Village make it a well worthwhile visit for urban explorers. Here’s our guide to the best things to see and do in the Stockbridge area. 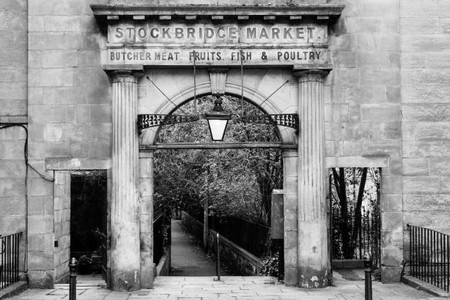 Market
Facebook
Email
Twitter
Pinterest
Copy link
Share
Map View
Situated in Jubilee Gardens on the banks of the Water of Leith, the Stockbridge Market gets a rep as the ‘second’ farmer’s market in the capital, after the Edinburgh’s Farmer’s Market on Castle Terrace, but that doesn’t diminish the quality of artisan, handmade and crafted goods and ingredients sold here every Sunday afternoon. The Stockbridge location also means that the market stays off the main tourist track (and thus keeps jostling, overzealous tourists away) and bargain hunters will be put in the mood for a tour of Stockbridge’s many renowned charity shops. At the market, one may find items and goods ranging from artisan cheeses, smoked salmon, jewellery, crafts, soaps, crepes, melting marshmallows and even handmade dog treats. Some of the popular producers known to appear are the Edinburgh Natural Skincare Company, Bad Tempered Baker and – in their own custom-fitted VW Camper Van – North Berwick’s Steampunk Coffee.

The Scran and Scallie 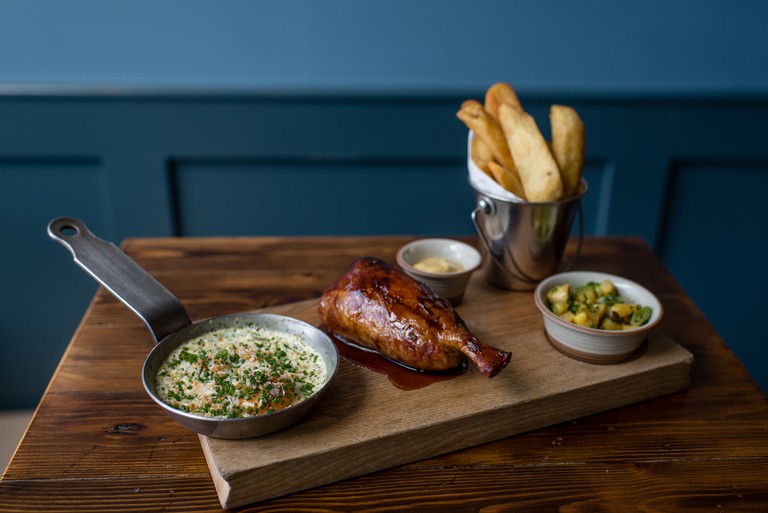 For those new to the Scots dialect, ‘scran’ is food and ‘scallie’ is squint-eyed or lopsided. The thought process underlying Stockbridge’s The Scran and Scallie is surely then, a bold, off-piste reinvention of traditional Scottish cuisine. Indeed, a hearty dose of national pride suffuses the ethos of The Scran and Scallie gastropub, brought to life by Michelin-starred, Edinburgh-superstar chefs Tom Kitchin and Dominic Jack. A more brazen attempt at an informal pub-style eatery than the duo’s other fine-dining establishments in the capital, The Kitchin and Castle Terrace, The Scran and Scallie can still boast a unique level of flair and panache in their menu. Aside from pub staples such as juicy burgers, chunky chips and fish pie, the culinary selection expands to include oysters, home-cured salmon, braised hogget, sheep’s head broth, and, for the sweet tooths, the delectable stout ice cream. Reservations are vital, but if fortune is smiling on you, you may be able to score one of the few tables the restaurant sometimes holds back during normal service for walk-ins.

Watch out for: A Scottish gastropub with style and panache

The Water of Leith

For natural beauty seekers, the Water of Leith is an abundance of riches. At 24 miles long, this river has its source in the Colzium Springs in the Pentland Hills, runs through the heart of Stockbridge, and then onwards to the Port of Leith, widening into a harbour that supports a vibrant dock and boat building industry, before flowing into the North Sea via the Firth of Forth. More pertinently though, there is a walkway stretching 12.25 miles along the riverbank for the perusal of walkers, cyclists and licensed anglers. Close to Stockbridge are two historical landmarks along this river walk. St Bernard’s Well, near Deanhaugh Street, was commissioned in 1788 after rumours spread that the natural spring which joined the Water of Leith here had medicinal properties. The Well is a classical style temple featuring ten doric columns and a gorgeous statue of Hygeia, the Greek goddess of health. Further along the trail is Dean Village, once a busy industrial village with eleven hydro-powered mills to produce the city’s supplies of paper, fabric and flour. Remnants of the industry can still be traced even today in the carved stone plaques dotted around the village decorated with images of pies and bread. 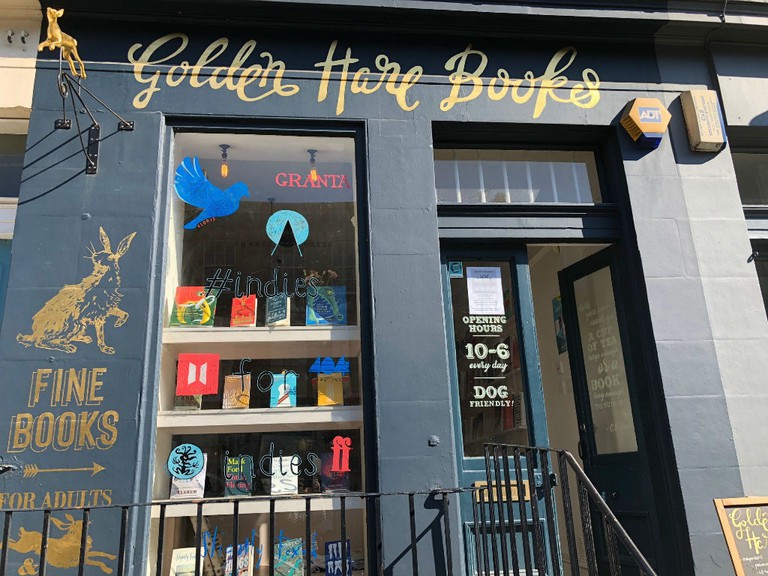 © Golden Hare Books
In the heart of picturesque Stockbridge is Golden Hare Books, a charming celebration of novels, children’s books and art & design. Golden Hare’s modus operandi is to display a discerning, curated selection of ‘the finest voices in international literary fiction and poetry; the most stimulating and provocative non-fiction of all kinds; the most inventive and original in contemporary art and design; and a children’s department that will enchant and enrapture youngsters and adults alike’. With additional regular events such as book launches, poetry nights and book group evenings, you’ll surely agree with Golden Hare’s own sentiment that they are dedicated ‘not just to the love of reading, but also to the book as beautiful, life-enriching object of desire in its own right’. 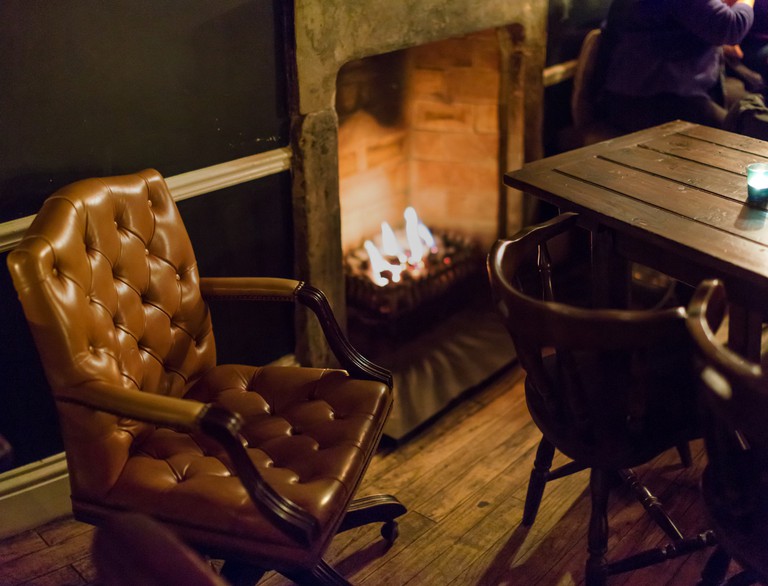 Watch out for: The Last Word cocktail

Adjacent to the Royal Botanic Gardens in Stockbridge is one of Scotland’s largest urban parks and a true oasis in the heart of the capital, Inverleith Park. The park was opened in 1891 and continues to offer healthy-minded locals and urban explorers a huge green expanse for sports, walks and picnics. The original boating pond, playing fields and tree-lined walkways are all still intact, whilst a children’s play park, running track, three football pitches and six seven-a-side pitches now supplement the park’s roster of outdoor pursuits. There is also a renewed commitment to community enterprise present in the park: an area of the grassland has been converted into allotments for Edinburgh residents. Naturalists too, will be equally pleased with the western end of the boating pond being extended to form a wetland to encourage wild birds to flock to the park.
Open In Google Maps
Edinburgh, Scotland, EH3 5PA, United Kingdom
+441313322368
Visit Website
Give us feedback

The city’s Royal Botanic Gardens had an inauspicious beginning at the start of its life in 1670: a physic garden to grow herbs and plants for medicinal purposes. It wasn’t even in its current location at Inverleith. The garden was first housed at St Anne’s Yard near Holyrood Palace before the collection was moved away from the pollution of the Old Town in 1763, before settling in its current location in 1820. The attraction is Scotland’s national botanic garden amongst the three sister gardens across Scotland (Dawyck, Logan and Benmore) and occupies a crucial scientific significance – across 72 acres, nearly 34,000 plants are grown representing over 17,000 different species of plants from around the world. Couples embarking on their first date could not be any more ideally suited to the unique charms of the Gardens and the various sections – the Rock Garden, the Queen Mother Memorial Garden – are an excellent tonic for the soul.

Culture vultures will be particularly enthused about the National Gallery of Modern Art, just to the west of Stockbridge. The gallery is housed in an imposing neoclassical building, designed by William Burn in 1825 and at one point used as the John Watson’s School, an institute for fatherless children. Nowadays, the gallery’s spacious rooms play host to the work of artists such as Picasso, Braque, Mondrian, Duchamp, Matisse, Warhol and Lichtenstein. International exhibitions frequently tour here too, such as the past summer’s blockbuster M.C. Escher retrospective. But it’s not just the interior of the Gallery where one can find art. The sizeable grounds provide a setting for sculptures by Tony Cragg and Barbara Hepworth, as well as the huge ‘Landform’ lawn design, whereby, the front lawn was landscaped to a design by Charles Jencks, apparently inspired by chaos theory and shapes found in nature. It comprises a stepped, serpentine-shaped mould fringed by crescent-shaped pools of water. Entry to the permanent collection is free while special exhibitions sometimes have an entry fee.

Caoba is a vibrant ceramics store in Stockbridge that is a veritable attraction in its own right. The shop sells goods directly imported from Mexico and South America, making the store a rainbow-like mosaic of colours and tones amidst often-overcast Stockbridge. One can singlehandedly restock the kitchen cupboards with the eclectic range of products on sale at Caoba such as tiles, jars, bowls, textiles, candles, stationery, and best of all, a small range of artisan silver jewellery. Younger shoppers will most likely be enthused by the Mexican lucha libre masks on display.

For those looking for an architectural stimulation wandering around Stockbridge, the Colonies provide a fascinating case study from Edinburgh’s Industrial Revolution past. Built between 1861 and 1911 by the Edinburgh Co-operative Building Company, the purpose of these terraced homes arranged in eleven parallel rows were to provide owner-occupied low-cost housing for, and organised by, working people. There was a strong focus on providing for artisan tradesmen, which is why at the end of each terrace are the original artisan crests portraying the different trades of the workmen. The cottages are now some of Edinburgh’s most expensive real estate, owing to their social history, unique two-storey look and proximity to the expanses of Inverleith Park and the Royal Botanic Gardens. It doesn’t hurt that they are also whimsically adorable.