Top Things To Do in Aberdeen 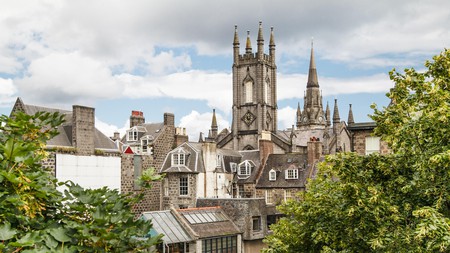 Aberdeen may be known as the oil capital of Europe, but to those who live there it’s so much more. With medieval castles keeping watch from the outskirts and the centre boasting an eclectic social scene, there’s always something to discover in the Granite City.

Set against Scotland’s rugged northeastern coastline, Aberdeen is surrounded by dramatic landscapes steeped in heritage – think gothic castles and picturesque royal burghs. Back in the city, where the granite buildings glisten in the sunlight, there’s no shortage of fine dining options, galleries, museums, and theatres. A young population keeps the bar scene bustling enough to rival Scotland’s larger cities. There’s more to Aberdeen than meets the eye—here are all the must-see sights and things to do in this one-of-a-kind city.

All roads out of Aberdeen lead to rolling countryside and, chances are, you’ll cross paths with one of the county’s impressive castles. Don’t leave it up to fate; instead, pack a ploughman’s lunch and journey to Dunnottar Castle, an imposing, ruined medieval fortress haphazardly situated on rocky headland south of Stonehaven. For those of you who prefer your castles Disney-esque, set your sights on Craigievar Castle; a blush-pink, turreted treasure worthy of Sleeping Beauty herself. 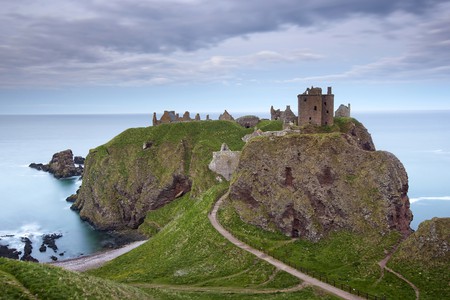 Few know that BrewDog was born in Aberdeenshire, but its founders couldn’t be more proud of its heritage. In fact, the town of Ellon is still home to BrewDog’s largest brewery, which now offers DogWalk tours for its loyal legion of fans. A mere 40-minute bus ride along the stunning coastline from Aberdeen’s city centre (take the number 60), spend the afternoon exploring the state-of-the-art eco-brewery, then finish with a pint from the freshest batch in the DogTap tap room. 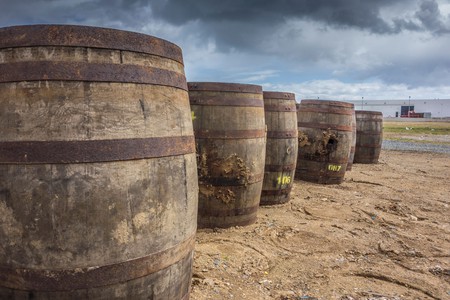 Climb the dunes at Balmedie Beach

The area surrounding Aberdeen boasts several beautiful beaches. While it’s definitely worth venturing to Newburgh to see the spectacle of over 400 seals that gather there, Balmedie is Aberdeen’s most-adored shoreline. Block out an entire afternoon to enjoy the feeling of fine golden sand between your toes; you won’t want to leave this unexpected paradise. 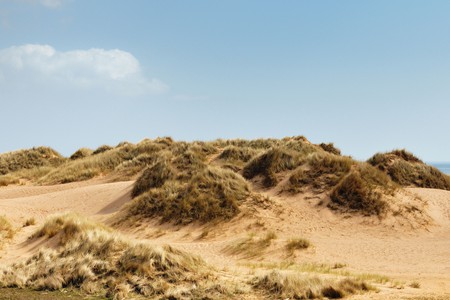 Dance until dawn at The Lemon Tree

Going to your first gig at The Lemon Tree is practically an Aberdonian youth’s rite of passage, but this spot appeals to more than just angsty teenagers. The venue, which was first established in the 1930s, gives up-and-coming acts the chance to cut their teeth on the professional circuit, with the likes of Radiohead, Biffy Clyro and local talent Emeli Sandé all securing sets here before they became household names. 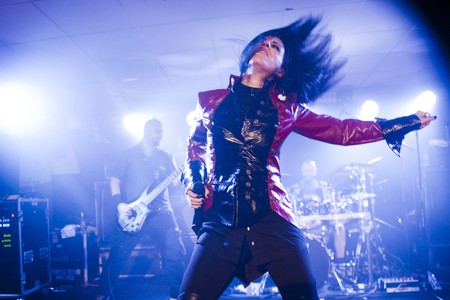 Take a stroll back in time in Old Aberdeen

Like a Dickens novel brought to life, the leafy suburbs of Old Aberdeen is connected by winding, cobbled streets and features some of the most beautiful architecture the city has to offer – and there’s no better example of this than St Machar’s Cathedral. You’ll likely see students hurrying around, too, carrying textbooks and cups of coffee from caffeine institution Kilau. This is because Old Aberdeen is also home to the city’s namesake university, with King’s College being another of the city’s architectural sights of note. 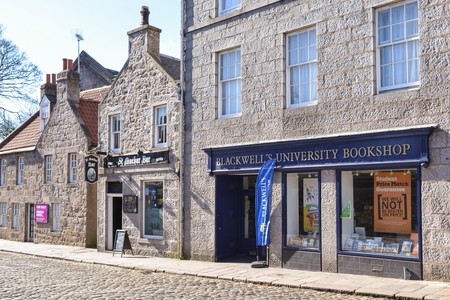 Confess your sins at 21Crimes

If exclusivity is what you seek, then 21Crimes is the place for you. The details surrounding Aberdeen’s first and only secret bar are unsurprisingly vague. You’ll need to piece together clues to learn of its location, but that’s not the only obstacle you’ll need to overcome to gain entry. A passkey, which is changed on the regular and revealed for a limited time on the bar’s Instagram page, will also be asked for on the door. Sure, it sounds like a lot of work but, for its expertly-mixed cocktails, plush lounges, and the smugness of crossing its threshold, it’s worth it. 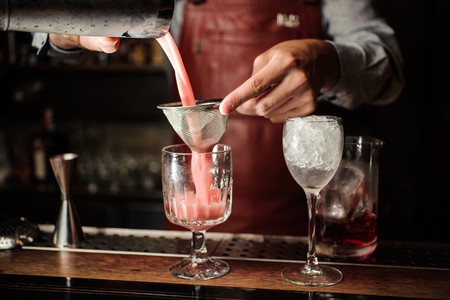 Get your funny fix at Breakneck

Once upon a time, Aberdeen’s comedy scene would have to bounce from venue to venue. That was until Breakneck came along. Now, both aspiring comedians and acclaimed performers gather at the King Street establishment from Thursday to Sunday for your side-splitting pleasure. Afterwards, head across the road to underground pub Illicit Still to chow down on traditional Scottish grub and sample the finest local craft beers. 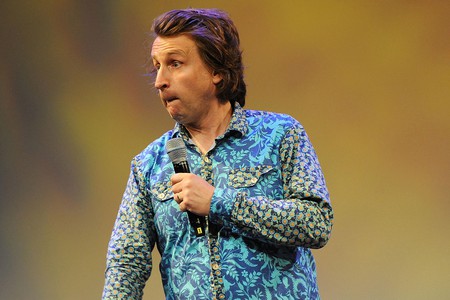 Read prose and eat pancakes at Books and Beans

Belmont Street is known for being Aberdeen’s premier nightlife district, but by day it has a very different feel. Nestled in the middle of the cobbled back-street is Books and Beans. Titles of every genre line the walls of this quirky cafe, where the coffee is served strong and the pancakes are piled high. Sit back in one of the comfortable armchairs and let the world pass you by. 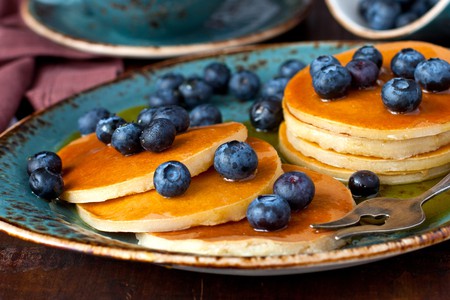 While there are plenty of chain cinemas with the latest blockbusters on show, true cinephiles will appreciate the solace of the Belmont Filmhouse. The arts cinema, which you’ll find a stone’s throw from Books and Beans, shows a mixture of mainstream movies, as well as independent films. Expect no frills; just exceptional staff, excellent snacks and an unrivalled cinematic experience. 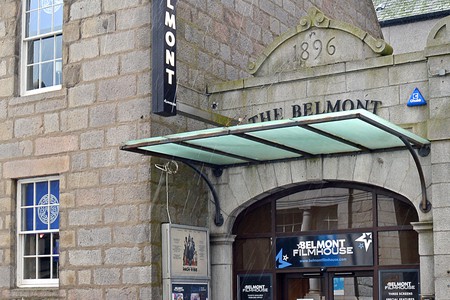 The Belmont Filmhouse is the perfect place for cinephiles | © douglasmack / Shutterstock

Discover the meaning of ‘fine dining’ at Eat on the Green

Admittedly it’s not the easiest restaurant to get to – many locals have yet to try it due to this fact alone – but Eat on the Green is the feather in Aberdeen’s culinary cap. Overlooking the impeccably kept lawn in Udny Green, a tiny chocolate-box village to the north of the city, the food you’ll find in the square’s old post office is well worth the 35-minute drive. The brainchild of Craig Wilson, who has become affectionately known as The Kilted Chef, Eat on the Green has helped Scottish cuisine make waves globally. Who knows, perhaps you’ll find yourself sat at a table next to regular patron Mr James Bond himself, Sir Sean Connery. 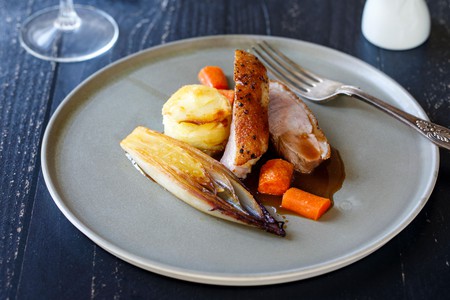 Lose yourself in the maze at Hazlehead Park

Aberdeen is a city of beautifully kept parks and Hazlehead is most definitely a must-visit. With over 180 hectares of glorious green grass, there’s plenty of prime picnic spots. After snacking on cheese sandwiches and procuring an ice-cream from the incredibly popular cafe, why not see how long it takes you to find your way through Scotland’s oldest, hedge-lined maze? 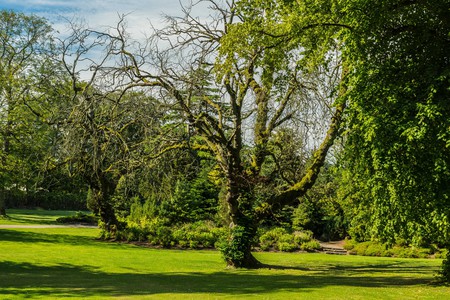 If Aberdeen does anything well it’s seafood and no restaurant is more synonymous with catch-of-the-day than Silver Darling. You’ll find it in Footdee (or ‘Fittie’ as the locals call it), an old fishing village at the east end of the city’s working harbour. With cast-iron lampposts and higgledy-piggledy houses, it’s essentially a life-size time capsule. Get there at sunset and be sure to ask for a table by the panoramic window for unspoilt views over the North Sea – it’s a moment you’ll remember for the rest of your life. 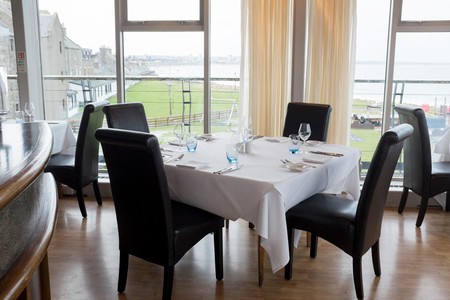 Transport yourself to the tropics at the Winter Gardens

Aberdeen isn’t known for soaring temperatures, but it more than makes up for this with the Winter Gardens. The jewel in Duthie Park’s crown, the Winter Gardens is a series of twisting and turning greenhouses that are home to some of the world’s most exotic plants. Modern structures lead to the original cast-iron building, which has remained untouched since its conception in the early 1900s. 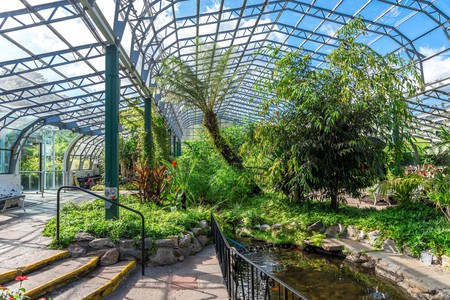 Thanks to its quiet leafy side streets, Aberdeen is a relatively easy city to navigate by bike. If, however, road cycling causes you anxiety, Deeside Way, or simply “the old railway line” is perfect for a leisurely peddle. Get in touch with beCyCle, a bike up-cycling initiative that loans bicycles for free, then make your way to Duthie Park, where the route starts. The sanded path follows the line of the Old Royal Deeside Railway from the park in Aberdeen city centre all the way to the beautiful village of Banchory, with woodland and rolling farmland providing a picturesque backdrop. 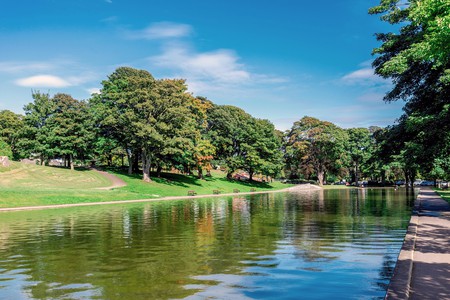 Hop on a train to Stonehaven

A 17-minute train-journey from Aberdeen’s centre lies Stonehaven, a quaint seaside village which is a firm favourite for family days out. Dotted around the harbour are white cottages and wooden-clad curiosity shops. Ask anyone walking the promenade and they’ll tell you a visit to Aunty Betty’s sweetie and ice-cream shop is mandatory. If you’re feeling brave, you might even be tempted to have a dip in the area’s only lido. 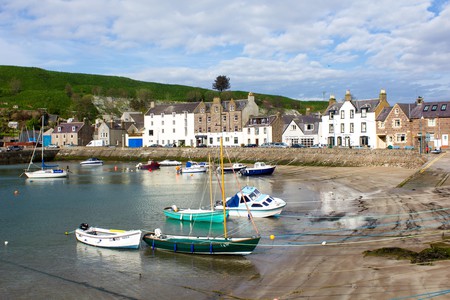 Fuel up at Foodstory

Cafes are big business in Aberdeen and leading the way is Foodstory. Tucked away at the west end of Union Street, this artsy eatery, complete with reclaimed furniture and industrial interiors, was created in 2013 thanks to Kickstarter funding and has been providing the community with tasty food – be it vegetarian, gluten-free or vegan – at reasonable prices and in an inclusive setting ever since. 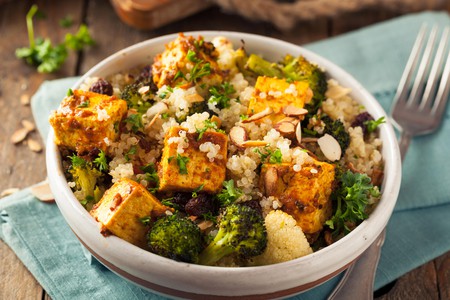 Gaze in awe at the city’s Nuart

Established in 2017, Nuart Aberdeen is an international public art festival that creates spaces around the city for street artists to showcase their work on often epic scales. Free, guided tours run throughout the summer months; they depart from The Green in the city centre, take a route of approximately one mile and last around 90 minutes. However, the initiative also keeps an updated, downloadable map on its website, should you wish to go rogue.

Listen to some smooth jazz at The Blue Lamp

Hidden behind an unassuming panelled door on Aberdeen’s Gallowgate is one of the city’s most acclaimed live-music venues. Identifiable only by the cobalt glass lamp that hangs above its door, The Blue Lamp is a cosy nook lit only by candlelight that plays host to both local and international jazz acts. 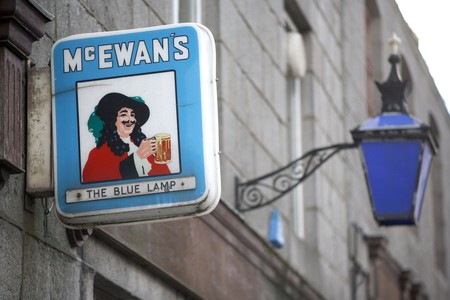 Riffle through vintage clothing at The Closet

While Aberdeen has a mix of high-street and designer shops for you to peruse, the real hidden shopping gem of the city is The Closet; a long-standing vintage fashion emporium. Archived by era and with pieces for men and women, expect everything from ’50s top-handle bags in mock-croc finishes and psychedelic ’60s mini dresses to fringed suede jackets saved from the ’70s. 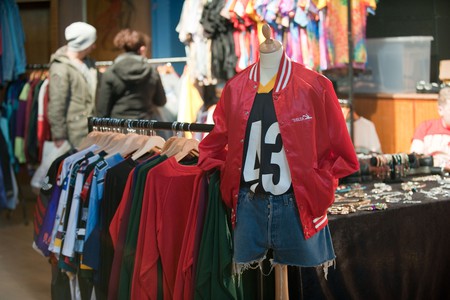 Culturally speaking, you’re spoilt for choice in the Granite City, where millions of pounds have recently been spent on upgrading many of its arts venues. His Majesty’s Theatre, in all its decadent, gold-gilded glory, plays host to numerous plays and musicals; often those on tour from London’s west end. Then there’s the Tivoli, a Grade A-Listed theatre which was painstakingly refurbished in 2009. Those who love opera and orchestras should head straight to the Music Hall, which was designed by locally-acclaimed architect Archibald Simpson in 1822.

The award-winning Maritime Museum is a must-visit for anyone interested in the city’s relationship with the sea. Specialising in interactive exhibits, it’s a hit with visitors of all ages. Conveniently located at the top end of Belmont Street is Aberdeen Art Gallery. Built from pink stone, it proudly stands out from the city’s grey-tone buildings, featuring pieces by acclaimed 18th-century artists right through to modern day marvels. Highlights include works by French Impressionist painters Claude Monet and Pierre-Auguste Renoir, as well as a Tracey Emin installation and a piece by Richard Wright. 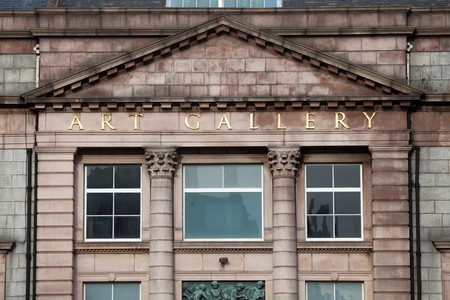 This article is an updated version of a story created by Madeleine Bazil.