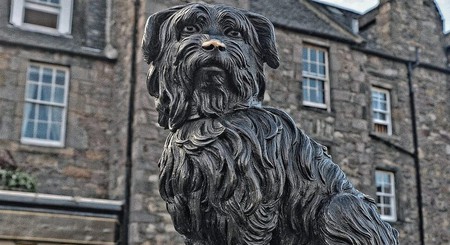 Up there with Edinburgh’s most visited attractions like the Castle, Scott Monument and the delights dotting the Royal Mile, is the statue of Greyfriars Bobby. So much more than an ‘Instagrammable’ monument or a Disney film, the story of this devoted wee dog is etched into the minds of Scots for all eternity.

Although a handful of versions float around, the crux of the matter is that Bobby was a local hero in the form of a Skye Terrier from Edinburgh. This remarkable dog first gained celebrity status during the 19th century for guarding his owner’s grave for 14 years — that’s virtually a lifetime in dog years.

Most believe Bobby’s best friend to be a chap by the name of John Gray, a night watchman for the Edinburgh City Police. When Gray was laid to rest in Greyfriars Kirkyard in the Old Town, Bobby loyally followed and waited by the burial plot. He never left his master’s side. 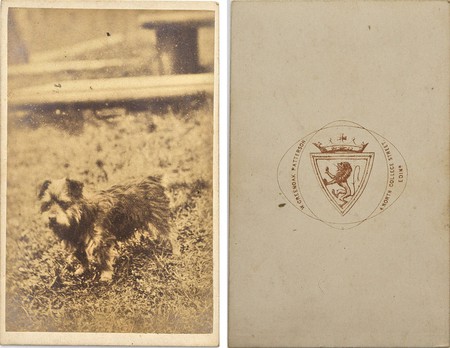 Time went on, and the locals took a shining to Bobby, ensuring he was fed and watered. He was even bestowed with an official dog license and accompanying collar in 1867, thanks to the kindness of Sir William Chambers, the Lord Provost of Edinburgh. This very collar, along with his water bowl, basks within the Museum of Edinburgh.

After gracing Gray’s grave for 14 years, Bobby died in 1872 and was buried near his owner in Greyfriars Kirkyard. His grave is marked with a red granite gravestone inscribed with the words ‘Let his loyalty and devotion be a lesson to us all’ gifted by the Dog Aid Society of Scotland in 1981.

Had Bobby’s story occurred in this day and age, the chances of it spreading like wildfire across all social media platforms — and joining the pack of heart-wrenching animal stories and accompanying endearing idiosyncrasies — are pretty high. 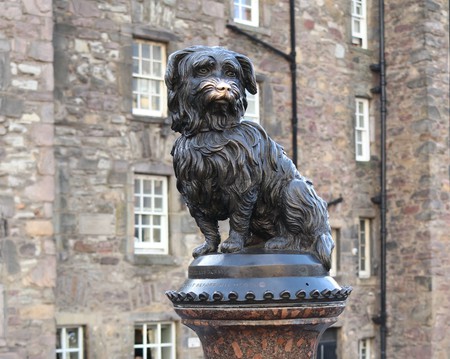 Bobby’s story did go viral in the sense that just a year after his death, a lady of high standing commissioned a life-sized Bobby statue and drinking fountain for both humans and animals in his honour.

In 1872, the Greyfriars Bobby Fountain was born. Crafted by the sculptor William Brodie, the monument first took pride of place on George IV Bridge in 1873 a stick’s throw away from Greyfriars Kirkyard. The fountain flourished until 1975 when water was replaced with concrete, due to health reasons which prompted the city’s drinking fountains being shut off. Today, it takes the crown as Edinburgh’s smallest listed building. 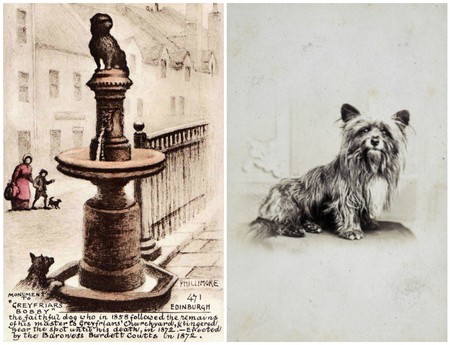 Recent years have seen a series of unfortunate instances that led to Bobby’s bronze nose losing its colour. Due to a tour company making false claims of Edinburgh traditions, swarms of tourists started to rub Bobby’s nose for ‘luck’. Over time, the tone became tainted and this act of daftness has transformed into vandalism by the masses.

All was not lost as the good people of Edinburgh stepped in and placed a sign on Bobby’s nose that read ‘Don’t touch my nose. It is not tradition and it is not good luck. You are rubbing my wee nose off and I won’t be able to smell any more. Love Bobby xx’. In 2013, the City Council stepped in and performed a nose job on Edinburgh’s beloved dog, a worthy effort that sadly, won’t last forever. 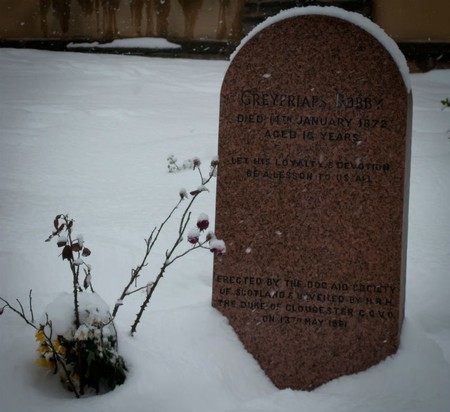 Just as there are two sides to every story, there are those who claim the tale of Bobby as we know it isn’t quite the real McCoy. Multiple books and even a Scotsman article denouncing the accuracy of the facts are floating around. Some stick with the notion that Bobby was in fact one of many graveyard dogs, a common sight in Europe during the 19th century, while others question the identity of John Gray.

Bobby is one of many dogs across the world who have pushed the boundaries of bravery by expressing undivided loyalty to their owners, even after death.

The Scots know the truth and will forever have a place for Bobby in their hearts. Just don’t touch his nose! 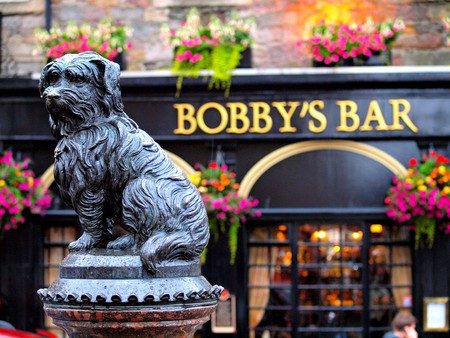 Greyfriars Bobby And Bar In Background | © zoetnet/Flickr
Give us feedback