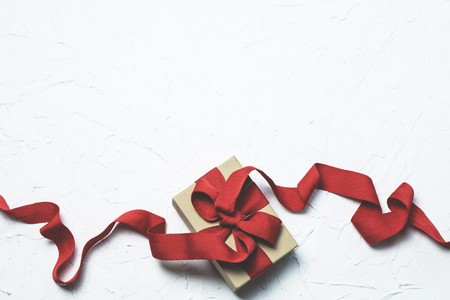 Before Hogmanay, there was Handsel Monday. Celebrated on the first Monday of each new year in Scotland, this joyous occasion was once the winter holiday to watch out for. Today, Handsel Monday (or Hansel Monday) is a lost tradition. And yet, it was adored by many Scottish rural and farming families up until the late 19th century. Of course, gifts were involved!

The custom of exchanging gifts on Handsel Monday owes credit to the old Saxon word ‘handsel’, which means quite literally to ‘deliver into the hand’. Tradition called for people of good social standing to honour their workers with a wee token or gift to express their appreciation. Typically, such tokens came in the form of tips and money, particularly half a crown or shilling, with the occasional dram and piece of cake going down a treat.

Gifts were given to workers and dependents of all job descriptions, including the servants, postman, newspaper boy, milkman, farm workers and children, to name a few.

Since Handsel Monday was a chance for entire families to catch up without having to worry about work, people would wake up at the crack of dawn to begin the festivities. The role reversal aspect meant that employers or masters of the household took ownership of all tasks that day. Much like the Scottish Hogmanay tradition of first footing, people would call in on family members and neighbours with gifts for good luck. 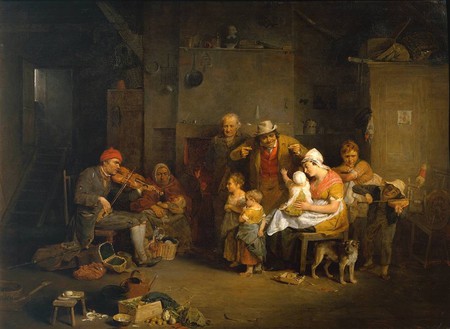 A Scotsman article stated that a report in the Dunfermline Press in 1890 said:

‘On farms, Auld Hansel-Monday, where it is kept, is the great winter holiday of the year. Outdoor and indoor servants have a complete escape from bondage for the day, and many a farmer will own that the hardest day’s work for him and his wife throughout the year occurs on Handsel Monday.’

Since most gifts revolved around money, another popular custom was ‘handseling a purse’, which simply meant to give a new purse. However, under no circumstances was the purse gifted empty — that would bring terrible luck! Similarly, gifts that appeared sharp (in any sense of the word) were frowned upon, as they could cut or sever the bond between giver and receiver.

Money was the safest option as it signified good monetary favour for the year ahead. Although the handsel wasn’t necessarily a large gift or extravagant sum of money, the act of bestowing it upon workers was considered a social necessity. More importantly, it provided good luck for all parties involved. In Scots Gaelic, the holiday was called Diluain Traoighte or Drained Monday. 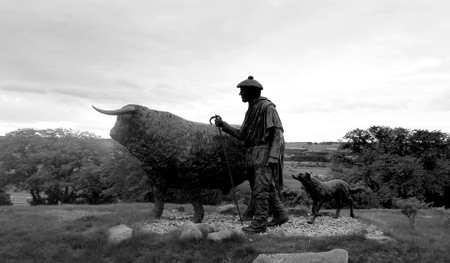 Auld Hansel Monday, which was popular in agricultural communities, would fall on the very first Monday after 12th January. More often than not, people who celebrated this version of the holiday weren’t exactly enthused at the thought of switching from the old Julian style calendar to the new Gregorian alternative.

Although parts of Fife and Perthshire celebrated Handsel Monday far into the 19th century, the holiday began to fizzle out. Other days like Boxing Day and New Year’s Day soon replaced the great chieftain that was Handsel Monday. Today, it remains a mere snippet of a bygone past.