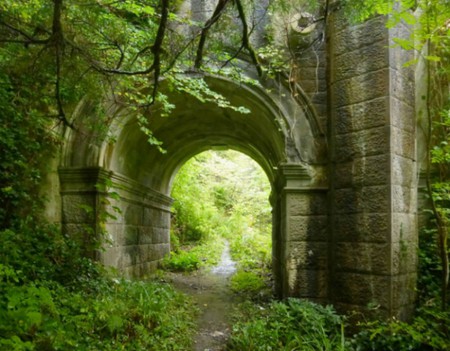 There are some stories that stick with you forever, haunting your thoughts and sending shivers down your spine. The ‘dog suicide bridge’ in Scotland is one of them. For decades, dogs have thrown themselves off this bridge, plummeting to their deaths. No one truly knows why. Overtoun Bridge can be found casting an unnerving shadow over Overtoun Burn near Dumbarton. Aesthetically, there’s nothing particularly unusual or even eerie about it. The unsettling essence lies deeper than what the naked eye can see.

Built in 1895 of rough-faced ashlar, the bridge boasts three arches and was designed by H. E. Milner, a respected civil engineer. It was constructed at the request of Lord Overtoun, who inherited Overtoun House and the accompanying estate. Since he purchased the nearby Garshake estate, the bridge was a simple solution to achieving ease of access between the two places. 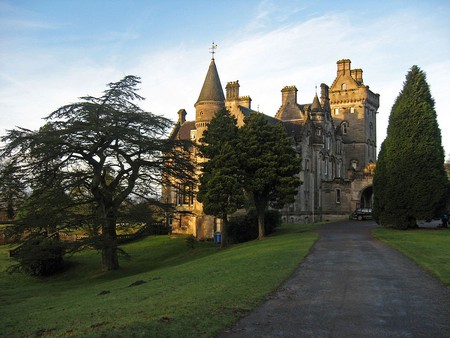 It wasn’t until the 1950s and 1960s that people started to voice concerns about the surreal and morbid phenomenon that surrounded the bridge. Copious reports state that dogs were drawn to the bridge parapet before lurching and falling the full 50 feet. Alarmingly, some dogs lucky enough to survive the treacherous fall are said to have attempted jumping a second time.

Approximately one dog per year falls to its demise. Adding to the mystery, the only linking factor is that the breeds seem to all have long snouts. What’s more, dogs appear to follow the pattern of jumping from a specific side of the bridge and during favourable weather conditions. In other words, be extra aware during clear, sunny days. 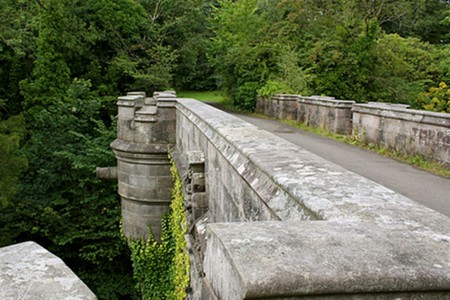 In response to the multiple dog deaths, numerous animal psychologists were called upon to try and get to the bottom of it. Canine psychologist Dr. David Sands explored all avenues — sight, smell and sound factors — and concluded that a pungent odor emitted from mice, squirrels and mink in the bushes below could explain the madness. An experiment conducted in a field showed that 8 out of 10 dogs went straight for the scents found around the bridge, especially the male mink urine.

However, a local hunter in the area has insisted that he hasn’t so much as seen a trace of mink in his entire 50 years in the vicinity. Another theory suggests that the bridge, along with Overtoun House, is haunted, and that a ghost is tormenting the dogs. In 1994, a man killed his 2-week-old baby by throwing it off the bridge, insisting that it was a reincarnation of the devil, before attempting to commit suicide and jump himself. 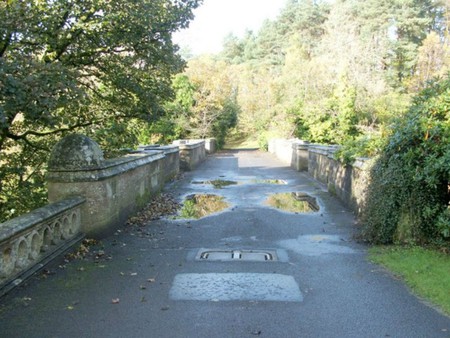 Despite speculations, no one truly knows how or why this unsettling phenomenon occurs. In this instance, the cat is spared and curiosity seems to kill the dog. Just make sure to adhere to the sign ‘Dangerous bridge — keep your dog on a lead’. Better still, avoid it at all costs.