The Story Behind Orkney’s Skara Brae 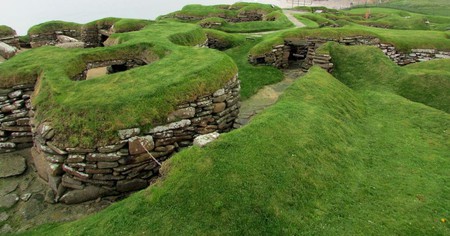 Skara Brae is one of the most magnificent prehistoric monuments and well-preserved Neolithic settlements in Europe. This national treasure just so happens to be older than both Stonehenge and the Egyptian pyramids. An archaeological golden nugget, Skara Brae was left undiscovered for centuries and is found in Scotland’s northern reaches at the Bay of Skaill on the Orkney Isles.

The cluster of age-old dwellings that define Skara Brae is a direct link to a bygone world that existed many millennia ago. All of the houses feature the same layout and are connected via a network of covered passageways. 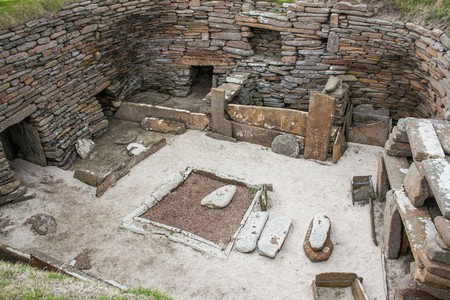 It all started with a storm. The ferocious elements absconded with the grass from a mound on Sandwick and unveiled the remnants of a prehistoric village. Laird William Watt of Skaill was captivated with the newly unearthed stone buildings and conducted an excavation of the area. However, the research came to a close around 1868 after just four dwellings were found. 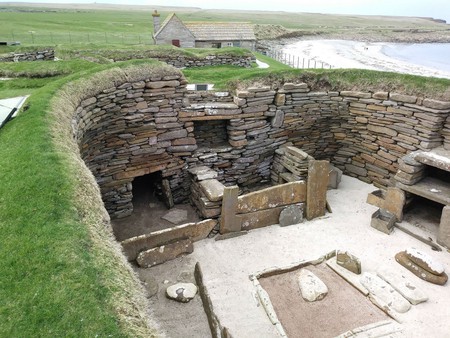 And then a second storm engulfed the site some years later, damaging a portion of the structures in its path. Locals constructed a seawall for protection, but in doing so, they stumbled upon yet more buildings. This revelation led to further excavations and spurred many to believe that Skara Brae was a Pictish village and Iron Age settlement from around 500 BC.

However, modern technology from the 1970s divulged that it was actually much older – this curious settlement was in fact inhabited for 600-some years during the Neolithic era around 5,000 years ago. Archaeological findings show that the inhabitants were likely hunters, farmers and fishermen. 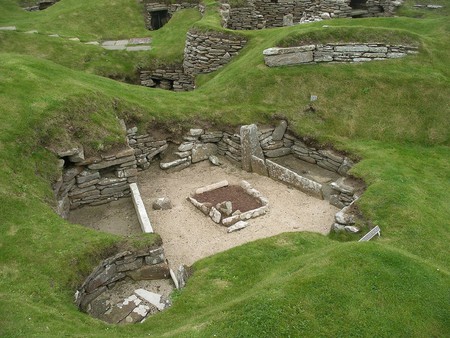 Skara Brae stands out for being so well preserved and has been called the ‘Scottish Pompeii’. The impeccable preservation owes credit to the drifting sand wall which, along with the build-up of household refuse from the settlement, covered and protected the site for 4,000 years. Thanks to the pristine condition at the time of discovery, a wealth of artefacts were unearthed, including jewellery (such as necklaces, pendants, pins and beads), gaming dice, pottery, hand tools and richly carved objects likely used for religious rituals. 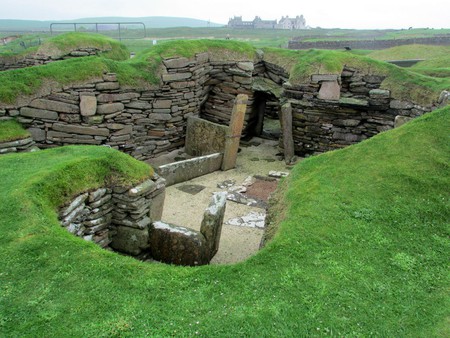 Embedded deep into the core of Orkney’s historical, cultural and natural landscape, Skara Brae stands today as an invaluable portal to the past. The archaeological site also hosts a nearby Neolithic house replica (interiors and all), along with a visitor centre riddled with touch-screen presentations and artefacts collected during the 1970s excavation. Skaill House, the former residence of the Laird who discovered Skara Brae, also sits in the area like a ghost from years gone by. 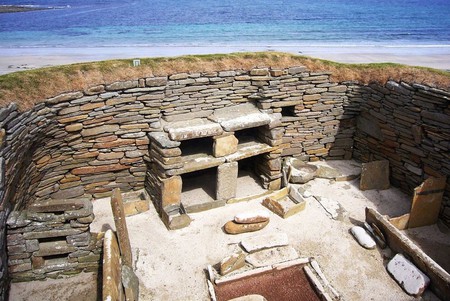