The Story Behind Edinburgh's Heart of Midlothian 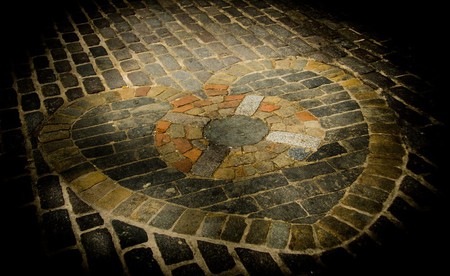 Although a tempting ‘selfie spot’, it’s best to refrain from snapping a sneaky shot close to the heart of stone embedded into Edinburgh’s historic Royal Mile. Scots spit on it. A lot!

To locals, the Heart of Midlothian — a series of granite setts crafted into a poignant heart disguised by nearby cobblestones — is drenched in tradition and smothered in ritual. Onlookers tend to be less attached and more incredulous at the spitting shenanigans. 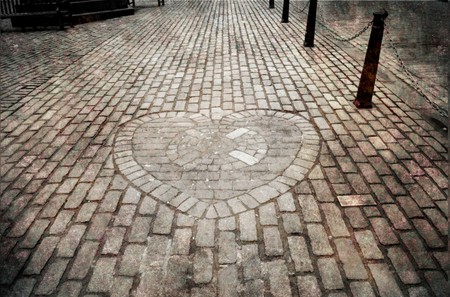 Sitting just a hop away from the west door of St Giles’ Cathedral on the High Street near the Duke of Buccleuch statue, this mosaic heart marks the spot of a place where the public once paid taxes, a formidable prison, administration centre and brutal execution site. The heart actually lies where the prison entrance once was and brass markers signify the overall positioning of the building.

This infamous prison, known as the Old Tolbooth, dates back to the 14th century and garnered quite the reputation across the UK as a place to avoid at all costs due to vile, damp and dark conditions. Inmates spanned the whole gamut, from petty thieves to cold-blooded killers and innocent souls. Stories about the torture and treacherous conditions could make the spine shiver. 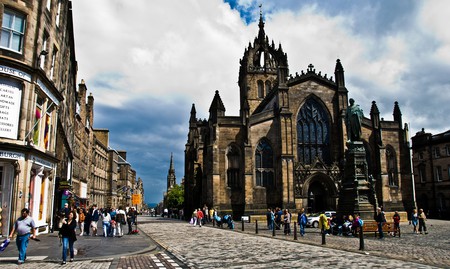 The terror, torture and trials didn’t stop there. The Old Tolbooth also went hand in hand with the spectacle of the scaffold. Countless prisoners were publicly executed by hanging. Some were tortured and left for dead. Others were publicly ridiculed wearing iron collars clenched around their necks. The body parts and severed heads of the recently executed were impaled nearby — a likely deterrent for any lingering persons with a craving for criminal activity.

The state of the prison was so nauseatingly repugnant that Mary, Queen of Scots stepped in and so a New Tolbooth was built. Executions and torture still existed on the regular. Like the souls trapped inside its deathly walls, this midden of a place was obliterated in 1817 after years of abhorrent goings-on. 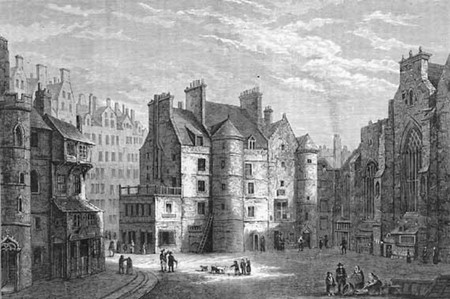 The Old Tolbooth and accompanying acts of evil will forever be immortalized through the stone shaped heart and in The Heart of Midlothian, a novel published in 1818 by famous Scots writer Sit Walter Scott.

Many believe the spitting tradition actually derives from people expressing their loathing for the dastardly deeds associated with such a perilous place. Over time, Scots started to interpret this spit-infused action as a gesture of good luck until it eventually became ingrained into modern folklore and ritual.

Then again, maybe rivals of Edinburgh football team Hearts F.C. — whose crest is based on The Heart of Midlothian — spit as an act of spite! Or perhaps Hearts fans salivate for luck.

And so, the moral of the story goes that it is indeed okay to spit away like the locals on this unassuming historic heart. Just make a mental note not to mimic the bloke who saw it as a romantic site perfect for proposing! 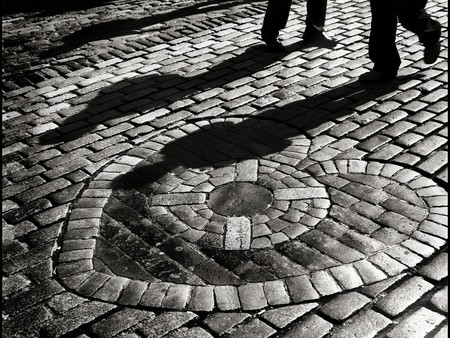 The Heart Of Midlothian | © Neal Fowler / Flickr
Give us feedback