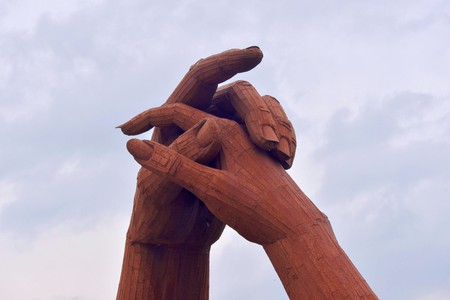 Some hopelessly in love, many joined at the hip, others carried away in the heat of the moment. For centuries, couples of young and old have eloped to Scotland just to tie the knot. And it all starts with Gretna Green.

Tucked away in Dumfries and Galloway a stone’s throw from the English-Scottish border, Gretna Green is a wee village with a huge story. Up until the middle of the 18th century, marriage laws were pretty lax in England. That was, until Lord Hardwicke entered the equation with his Marriage Act of 1754.

The new rules stipulated that all wedding ceremonies take place in a religious building. What’s more, couples couldn’t marry without parental consent until the age of 21. Although his intentions were to cut back on ‘irregular marriages’ linked with ‘seduction, bigamy and fraud’, there were still those who remained perturbed. 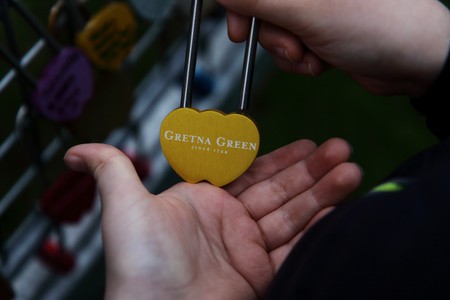 Like many seemingly impenetrable regulations, there’s always a loophole! Countless loved-up couples in England were having none of it. Neither was Scotland. Despite English efforts, the Scots retorted with a point-blank refusal when it came to mirroring England’s marriage laws.

In Scotland, couples were legally free to wed in a traditional marriage by declaration or handfasting ceremony, granted there were two present witnesses and a spoken promise that both were free to enter into matrimony. 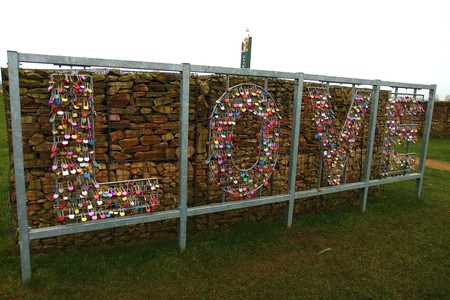 Driven by the forces of love, couples all across England fled to Scotland in their droves. Gretna Green just so happened to be perfectly positioned on the old coach road from London to Edinburgh and the first Scottish town after the border. And so, one of the world’s most notorious elopement capitals was born — thanks to a ‘happy accident of geography’ and clash of opinions.

Considering that time was typically of the essence (many did not have familial approval), couples were eager to get hitched the moment Scottish soil touched their toes. That’s where the Blacksmiths Shop came to play. A magnet for marriage-hungry lovers, this humble shop was the first lump of stone and mortar to dance into focus once over the line. 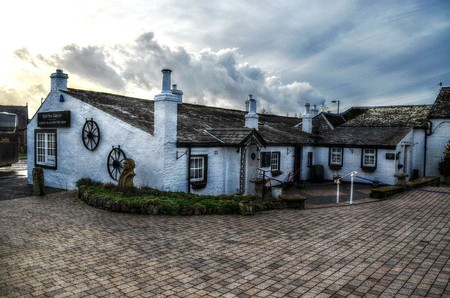 Just as they bonded metals for eternity, the blacksmiths or ‘anvil priests’ officiated the marriages of rushed runaway couples — for a cheeky wee dram or small fee of course! Once the ‘I Do’s’ were uttered, these multifaceted metal workers sealed the deal with the resounding sound of a hammer hitting the anvil. Loud enough for all of Gretna to hear.

To many, the Blacksmiths Shop was a scandalous setting for illicit happenings, a place where integrity held no significance and sinning reigned free. But for most of the newlyweds, it was a sacred haven of peace and sanctuary where love took precedence over laws. 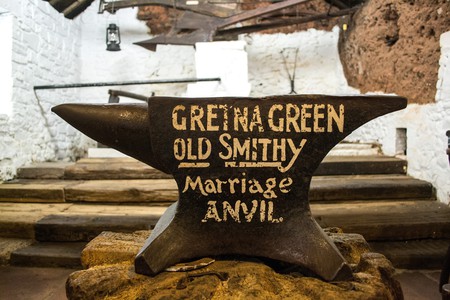 1856 saw a fly in the ointment when Lord Brougham passed the ‘cooling off’ act, ordering that couples may only marry in Scotland if one of them had resided there for 21 consecutive days prior to the ceremony. A mere hurdle that called for out-the-box thinking, people then lodged with locals and moved into Scottish hay barns, ensuring that the ‘I Do’s kept flowing in at a rate of knots.

Eventually, the handfasting ceremonies of Scotland or ‘anvil weddings’ were outlawed in 1940. However, current law states that handfasting is indeed a legal marriage ceremony in Scotland if the celebrant is authorised by the Registrar General. 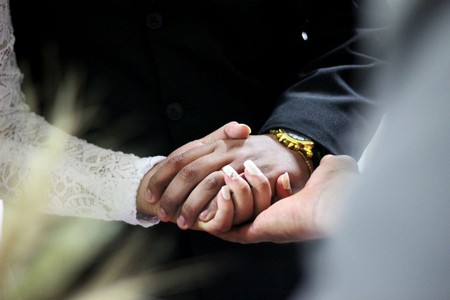 Like true love, Gretna Green has withstood the tests of time, retaining its crown as prominent runaway wedding destination. Getting better with age and still going strong, the Famous Blacksmiths Shop plays host to 1500-plus weddings per year, anvil and all. Tempted?

Lucky in love and looking to elope? Swoon over the most dreamy Scottish wedding destinations.