The Return of Paganism in Modern-Day Scotland 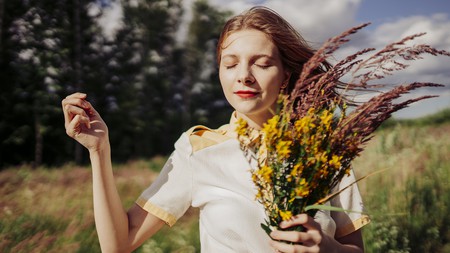 A place filled with craggy peaks and ancient lochs, Scotland attracts thousands of visitors who come to admire its wealth of dramatic scenery every year. Now that the conversation surrounding the planet’s future has become louder and more urgent than ever, it makes sense that the country’s inhabitants, equipped with the perfect backdrop, are increasingly drawn back to Paganism – a religion whose basis lies in honouring our natural surroundings. 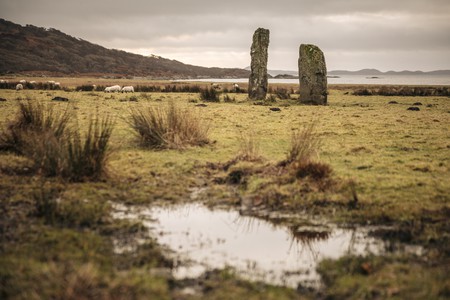 Scotland is known for its dramatic scenery | © Theasis / iStock

Before Christianity spread throughout the West, it was Paganism that held religious court in Scotland. While The Wicker Man – a 1973 movie set in Scotland and filmed on the country’s west coast – painted the Pagan community as a sinister cult, hungry for human sacrifice, the offscreen reality is anything but. With a belief system rooted in appreciation and awareness of the earth’s natural surroundings, Pagans seek to find peace and acceptance and are in tune with the ongoing cycle of life and death.

In modern-day Scotland, ancient objects connected to the religion continue to surface from the ground. The Ballachulish Goddess, a 2,500-year-old wooden figure discovered in a Highland peat bog by builders in 1880, still generates fierce interest among archaeologists and historians, who believe she was a symbol of Pagan worship. In early 2020, headlines were made when walkers in Edinburgh’s Holyrood Park found a concrete “altar” and metal plaque engraved with the pentagram symbol typical of Paganism.

Over the centuries, streets and squares throughout the country become regular hosts to public executions; those accused of witchcraft were famously burned at the stake, drowned or rolled to death in a studded barrel. But Scotland’s spiritual landscape wasn’t always quite so violent, and certainly didn’t remain so. 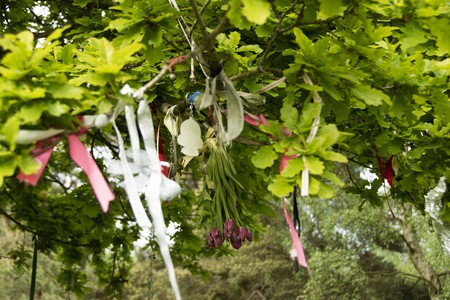 Paganism was re-established during the “hippy trail” of the 1960s when the ancient practice appealed to communities seeking openness and inclusivity. Its equal representation of gender in the deities they worship also aligned with the values of peace-and-love disciples. Fast-forward 50 years and the religion is still gaining popularity.

While it has shifted from a mainstream religion into what is now considered more of a cultural undercurrent, Paganism is far from fading into obscurity – and its revival is rooted in more than just idealistic notions. Scotland’s 2011 Census recorded that 5,282 people identified as Pagan or a related belief – a jump of over 3,000 from the previous decade. Although members of the community identify Paganism as a religion, the Scottish Pagan Federation is currently campaigning for Pagans to get their own “tick box” in Scotland’s 2021 Census, rather than clarifying their faith next to “other”. Scots are evidently choosing to connect to their country’s religious past on a deeper, more practical level – but what caused the boomerang effect?

Despite being raised in a Pagan household in the Scottish Borders, Belle Clarke only began to really appreciate the culture over the past decade, when difficulties in her personal life resulted in poor mental health. “I’ve noticed that people have recently begun gravitating towards popular forms of divination, like crystals and tarot cards”, she says. “But I believe that personal empowerment is not about the tool – it is about the person.” For her, the central belief of Paganism is about feeling connected to all of nature’s offerings – and crucially, trying to live a life of balance. “There is no good or bad. There is only intent. If you take, then you must give. We also believe in the ‘Three-fold Law’, which means that whatever energy you put out into the world, it’ll be returned three times as much. In times of darkness, it always reminds me to practise kindness and positivity.” 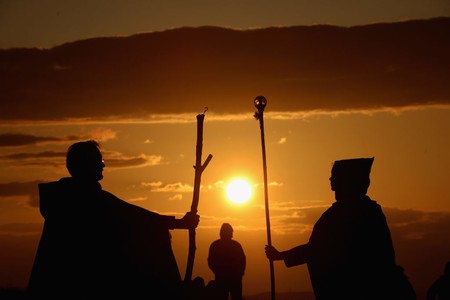 Though its origins stretch back millennia, Paganism shares important principles with current social movements, and it seems to be no coincidence that Paganism’s recent popularity comes at a time of rising eco-awareness. As our ecosystems face increasing human threat, building a stronger, more positive connection to nature has gained a renewed significance. Pagans have always worshipped Mother Earth through rituals or ceremonies in natural surroundings. Now, these are under attack; perhaps Paganism is finding itself not just at one with nature but with an added resolve to make a difference. “We try to live our lives ‘treading gently on the Earth’ as a popular Pagan song puts it,” wrote John Macintyre, former president of the Scottish Pagan Federation. “Many Pagans see environmental activism as a religious duty and are heavily involved in a range of Green activities and campaigns.”

Ben Campbell, an active member of Edinburgh’s Pagan community, agrees. “Ecology-wise, Paganism speaks to what we lack, and what we aspire to,” he says. In a country world-famous for its beauty, it’s unsurprising that Scottish people want to pay more spiritual homage to their natural surroundings. “For a city-based Neopagan group, it’s also in large part a reaction,” Campbell continues. “In an urban setting that can make you feel invisible and a political landscape that is often divisive, people feel a call back to tangible things: collective activity, fire, the seasons.” 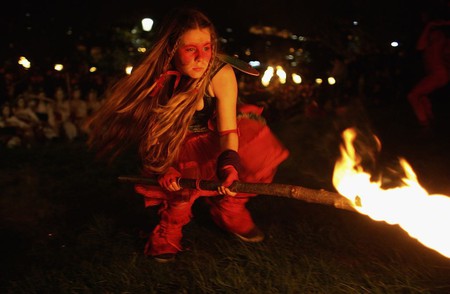 Since the late 1980s, the celebration of traditionally Pagan holidays – in particular, Beltane, which signifies the beginning of summer, and Samhuinn, which welcomes winter – has been reintroduced in Scotland by a small group of music and dance enthusiasts, as well as academics from the School of Scottish Studies at the University of Edinburgh. Although the festivals make clear that they are only loosely influenced by Pagan culture, both are based on the fundamental elements of ancient Pagan rituals – fire, dancing and music – and always draw in large crowds of tourists and residents alike. In today’s fast-paced world, perhaps modern-day Paganism – even just a representation of it – provides a comforting porthole into a slower, simpler way of life, which in the 21st century, we can often find ourselves too busy to appreciate. 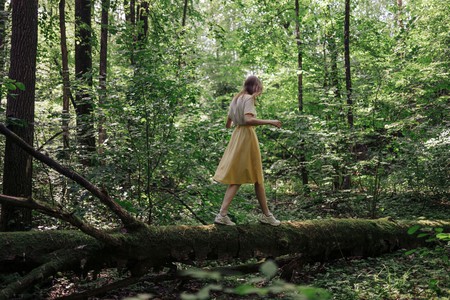 Many Scots are getting back to nature | © Cavan Images / Getty Images

Jen Inglis, who has been a practising Scottish Pagan for over eight years, explains that Paganism’s overlapping ideals with feminism is what first drew her in, as well as its accepting attitude towards lifestyle choice and sexuality. “Equality is a large part of the Pagan faith. As a feminist, it’s a belief system that really attracts me. Alongside Roman and Greek mythology, Paganism was way ahead of its time in the way it worshipped gods and goddesses, as well as the female divine energy. It also doesn’t generally hold any expectations in terms of sexuality or preference, and there’s no ‘right’ or ‘wrong’ way to be Pagan. It’s a way of living that encourages individuals to be themselves – and that’s still a really empowering concept for women today.”

Paganism may now be widely seen as more of a lifestyle choice than a steadfast religion, yet it’s easy to see how its attitude of inclusivity, harmony and closeness to nature is casting its spell on Scotland, a country as famous for its lochs, hills and glens as it is for the warmth of its people. In a landscape of shifting social and political values, Pagans might argue that being part of a community whose beliefs lie in the constants of the land, sea and sky provides not only a feeling of spiritual reassurance but also a direct link to a history never quite forgotten.