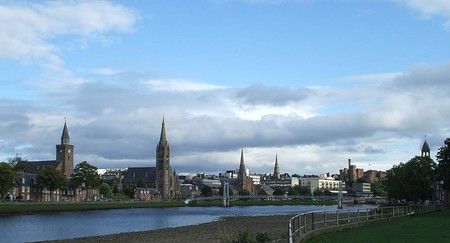 The city of Inverness may be one of the fastest growing in Europe, but it is still much smaller than many other cities in Scotland and is ideally suited to walking around. Despite this compact size, it is still surprisingly easy to miss things. Here is a handy guide to a short walk around the city, taking in some of the best views, buildings, historical sites and shopping areas.

Castle and statue of Flora MacDonald

This is a good place to start, as the castle is impossible to miss. The statue is of Flora MacDonald, who is gazing out at the valley with a Scottish hound at her feet. Flora MacDonald famously helped the defeated Bonnie Prince Charlie cross over the sea from the island of Benbecula, where she lived, to Skye. The castle that Charles would have known was blown up after the Jacobite defeat at Culloden. 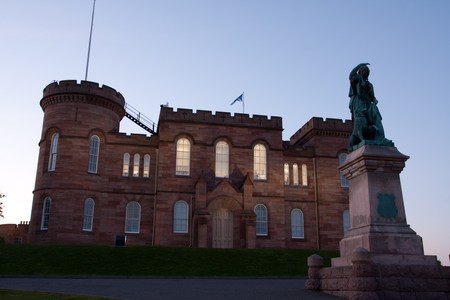 With free admission, there really is little excuse not to visit Inverness Museum and Art Gallery. With displays and exhibits telling the story of the local area, from geology, through archaeology and history, flora, fauna, arts and crafts, there really is a lot to see and learn. For the purpose of this walking tour, continue past the museum by way of a footpath and some steps.

This is a splendid Gothic building, constructed between 1878 and 1882 and the only place that the UK cabinet has met outside England. In 1921, Prime Minister Lloyd George called a cabinet meeting in Inverness, as he was on holiday in Scotland at the time of the rejection of the crown by Ireland. The building also houses an extensive art collection. 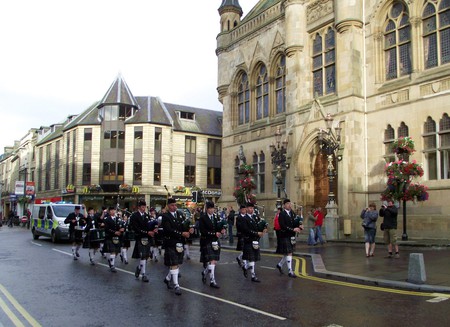 This tower was built at the end of the 18th century, and was formerly a part of the prison. It appears in several sketches and paintings by JMW Turner. Legend has it that the largest sphere at the very top of the tower contains a gallon of whisky! Up until the 1960s, this street was full of older buildings, but these were sadly removed to make way for modern properties. A “Tolbooth” was a Scottish municipal building in a Royal Burgh up until the 19th century, containing a jail and court house.

Walking along Church Street it is easy to miss this entrance to the Victorian market, unless you know it is there. Head down the small alleyway to the market, constructed in 1890 and housing many unique small shops. The previous one, itself replacing a much more ancient open-air market, was built twenty years earlier, but burnt down. The domed roof, made from cast-iron and wood, is an excellent example of Victorian public architecture.

This is the oldest secular building in Inverness, built in 1593 as the Inverness dwelling of the ancient Clan Fraser of Lovat. The stepped gables are distinctive and the bench outside well known as a convenient resting place, or even a good spot for a picnic lunch. The building was carefully renovated by the National Trust for Scotland and, until recently, housed their Inverness office.

Another old building, Dunbar’s Hospital was originally used as a hospital for the poor. Built in 1668 on the orders of Provost Alexander Dunbar, it was later a grammar school and then a public library. The building is large and has some lovely features, including the carvings above the windows, the arched surround to the main door and the splendid carved stone coat of arms and declaration of ownership. 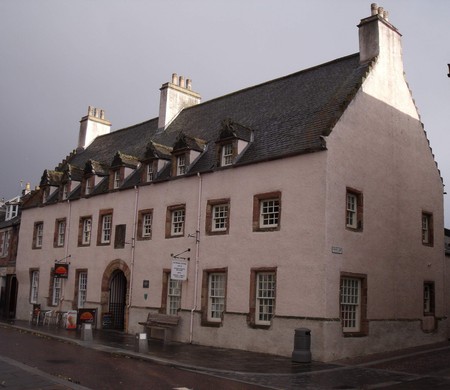 An Inverness legend, this bookshop is housed in an old church originally serving a Gaelic-speaking congregation. There are shelves and shelves of books waiting to be explored and the bibliophile visitor to Inverness should be warned that they may want to bring extra room in their luggage. A big wood burning stove heats the large space and it is very easy to spend hours browsing the shelves.

Right beside Leakey’s is the Old High Church, surrounded by a graveyard and raised above the River Ness on a small hill known as St Michael’s Mount. It is believed this is the same hill that St. Columba preached from in 565AD. As you near the church, look to your right down Friars’ Street; this is the site of a 1233AD Dominican Friary, but little survives above the ground. The present church on the St. Michael’s Mount was built in 1772AD, although parts of the lower tower are much older, dating from the 14th century.

Cross over the footbridge to the opposite bank of the River Ness and begin to walk south. This is an ideal place to take photographs of the buildings on the opposite shore, whether the Old High Church or the castle. Across the river you can also see Free North Church, with the tallest spire in Inverness, and the St. Columba High Church. Both of these were constructed in the latter half of the 19th century. Continue walking along the river until you reach the Neo-Gothic splendour of Inverness Cathedral, dedicated to St. Andrew, and consecrated in 1874. 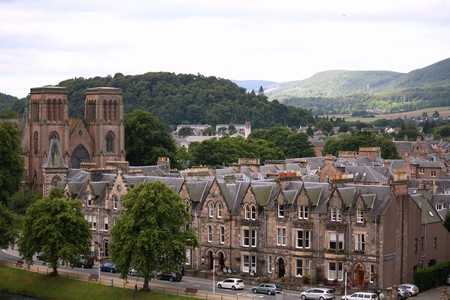 If you wish to extend this walk, simply keep following the river bank until you reach the footbridges across to the Ness Islands. Cross here to the opposite bank and walk back towards the castle, completing a loop.