The Origins Of Scotland’s Burns Night 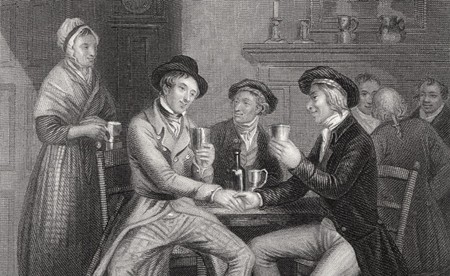 You know Burns Night is just around the corner when the sounds of people reciting poetry and songs from Roberts Burns resonate across Scotland. If the penny doesn’t quite drop, then surely the abundance of haggis and tartan inundating the shops should be a giveaway. A momentous affair, Burns Night takes place on 25th January each year and is Scotland’s way of thanking this poet of the people, while celebrating his life’s works.

Filled with hilarity and steeped in tradition, like any great event, Burns Night had to start somewhere. Technically speaking, the very first event of its kind took place on 21st July 1801, on the fifth anniversary of his death. Friends of Burns gathered at Burns Cottage, paying homage to this talented man with great company and Scottish food, like haggis and sheep’s head. 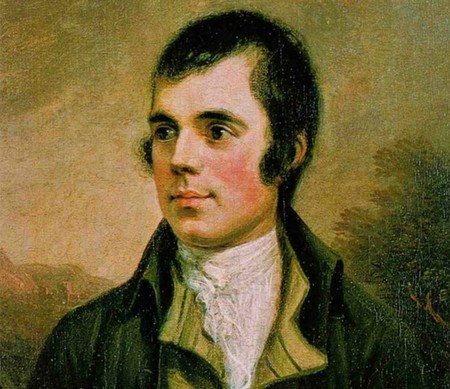 That same year, the first official Burns club evolved. People in Greenock, most of whom were merchants from Ayrshire, decided to host a Burns Supper on Burns’ birthday. And so, this newly formed group united over a fondness for Burns and his life’s work on 29th January 1802 during a supper in his honour. This was all very well, until the Burns Club made quite the discovery. After sifting through Ayr Parish records, they came across the revelation that Robert Burns was, in actual fact, born on 25th January 1759. Since then, the spectacle and deep-rootted cultural tradition that is Burns Night has been celebrated on January 25th.

Whether formal or informal, Burns Suppers typically follow a similar structure. In true Scottish style, a bagpiper pipes in the guests before the festivities commence. To kick off the affair and once all are seated, the Selkirk Grace will be uttered:

Some hae meat and canna eat,
And some wad eat that want it;
But we hae meat, and we can eat,
Sae let the Lord be thankit.

This famous Scots thanksgiving was used during the 17th century as the ‘Galloway Grace’ and ‘Covenanters’ Grace’. However, Burns used it during a dinner hosted by the Earl of Selkirk, hence how it came to be associated with Burns.

Piping In The Haggis | © NatalieMaynor/Flickr // Address To A Haggis | © WikiCommons

The sea of tartan and convivial atmosphere seen on Burns Night is splendid, and yet, the star of the show is undeniably the haggis. The national dish of Scotland and firm favourite with the man of the hour, a Burns Supper would not be complete without a recital of the Address To The Haggis’ From there, a talented individual (in full Scottish attire) delivers a flawless and animated rendition of Burns’ famous poem, resulting in quite the spectacle. A tough act to follow, a toast is then given to the haggis before guests can consume it, with neeps and tatties of course.

Once that’s done and dusted, a string of toasts, Burns poems and songs are read while guests consume barrels of whisky and a plethora of traditional Scottish dishes. Either light-hearted or more serious, the main speaker then gives a speech in commemoration of the poet, part of which tends to include a Burns poem or song. From there, an ‘Address To The Lassies’ usually occurs. Traditionally, men provide a humorous speech for the women, to which the women retort back with the ‘Address To The Laddies’. Following this riveting display of witty vocal exchanges, more Burns songs are played before the grand finale of Auld Lang Syne. 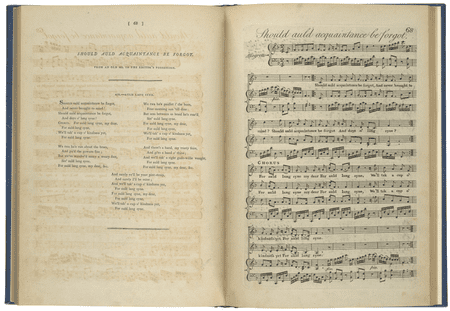