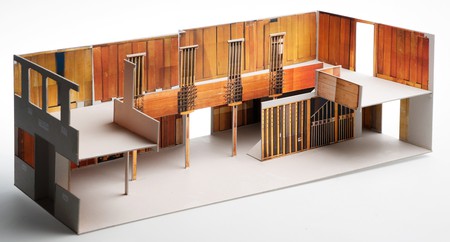 The tea rooms by 20th-century Scottish designer Charles Rennie Mackintosh were among his most celebrated works, but none could be seen in their entirety – until now. The Oak Room is currently being reconstructed for display at V&A Dundee, and will become the jewel in the crown of the new museum when it opens September 2018.

The Oak Room, originally part of the Ingram Street Tea Rooms, was last in use in the 1950s, and will be installed inside the new Scottish museum to mark the 150th anniversary of Mackintosh’s birth. This has been made possible due to an additional £100,000 in funding from the Scottish Government, as well as £200,000 from the Art Fund. The Heritage Lottery Fund has already donated £400,000. 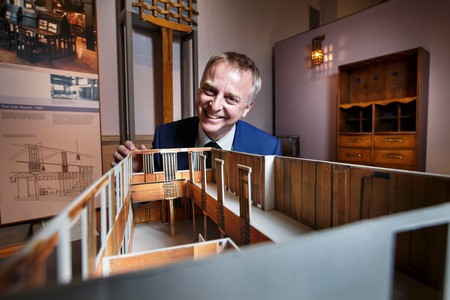 Mackintosh Tearoom Restoration at V&A Dundee's Scottish Design Galleries. Philip Long, Director, V&A Museum of Design Dundee at Kelvingrove Museum in Glasgow with a scaled model of the Oak Room. Picture Robert Perry 8th July 2015 Must credit photo to Robert Perry Image is free to use in connection with the promotion of the above company or organisation. 'Permissions for ALL other uses need to be sought and payment make be required. Note to Editors: This image is free to be used editorially in the promotion of the above company or organisation. Without prejudice ALL other licences without prior consent will be deemed a breach of copyright under the 1988. Copyright Design and Patents Act and will be subject to payment or legal action, where appropriate. www.robertperry.co.uk NB -This image is not to be distributed without the prior consent of the copyright holder. in using this image you agree to abide by terms and conditions as stated in this caption. All monies payable to Robert Perry (PLEASE DO NOT REMOVE THIS CAPTION) This image is intended for Editorial use (e.g. news). Any commercial or promotional use requires additional clearance. Copyright 2014 All rights protected. first use only contact details Robert Perry 07702 631 477 robertperryphotos@gmail.com Robert Perry reserves the right to pursue unauthorised use of this image . If you violate my intellectual property you may be liable for damages, loss of income, and profits you derive from the use of this image. | © Robert Perry

The 19th-century Ingram Street Tea Rooms in Glasgow were seen as revolutionary, being the first establishments to accept a wide clientele, including unaccompanied women. These kind of public spaces previously catered only to men of a certain background.

Mackintosh designed several spaces for Catherine Cranston, the founder of the Ingram Street Team Rooms, between 1900 to 1912. The Oak Room, however, was the largest and most significant of them all, with the impressive double-height room being a great example of Mackintosh’s joint-working skills. 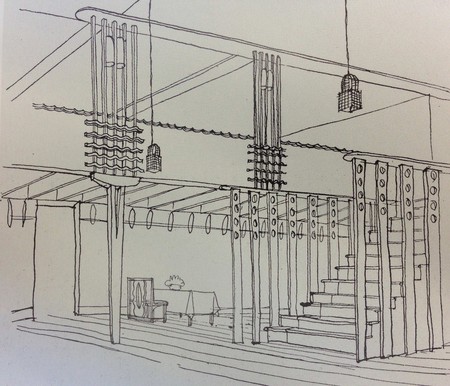 Sketch of the Oak Room | Courtesy of V&A

Luckily, the Oak Room was saved by Glasgow Corporation when the original building became a hotel in the 1970s. On its removal, each of the 600 components of the Oak Room were numbered and detailed plans were drawn up to record how it was constructed. Only a small fraction of it has been on display in the Kelvingrove Art Gallery and Museum in Glasgow until now. 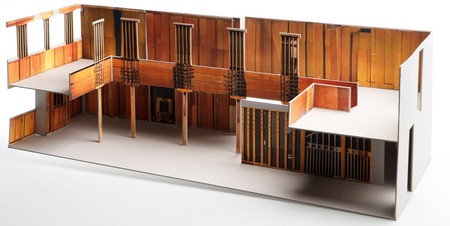 ‘The project to conserve and restore an entire interior by Charles Rennie Mackintosh, unseen for nearly 50 years, has been one of the most exciting parts of creating V&A Dundee,’ said the director of the museum, Philip Long.

The £1.3 million project will be displayed at the heart of V&A Dundee’s Scottish Design Galleries. The museum, designed by Kengo Kuma, will officially open its doors on 15 September.