The Most Scenic Running Routes In Edinburgh 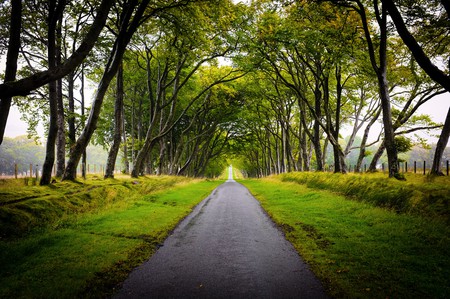 Edinburgh, with its eclectic selection of aesthetically pleasing architecture and rugged terrain, creates a wealth of opportunities for both pro and recreational runners. From sleek cityscapes to wild alternatives, check out our guide to the city’s most scenic running routes and away you go!

The Water Of Leith 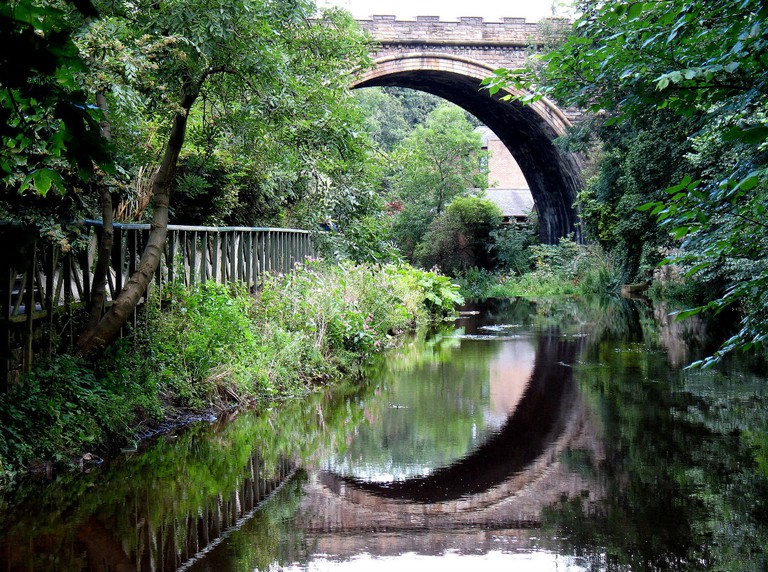 Water Of Leith | © Spencer Means/Flickr
Delightful and inundated with compelling sights and nature, The Water Of Leith Walkway is 13 miles of changing scenery and the perfect way to tour the life and soul of the city. Depending on stamina, the beauty is that you can pick and choose how far you go. If up for the full challenge, take the path the whole way to Balerno and cruise past the picturesque Colinton Village, Union Canal, Murrayfield Stadium, the Scottish Gallery of Modern Art, Dean Village, Stockbridge and the Botanics — all charming must-see local destinations and welcomed distractions from huffing and puffing along! Just make sure to do some pre-run recon to avoid any unwanted disturbances like diversions or engineering works.
Open In Google Maps
Scotland, United Kingdom
Give us feedback

The kind of place so inspiring that hours can disappear while exploring, Arthur’s Seat is a no brainer when it comes to desirable running routes in Edinburgh. A popular every-day kind of trail, many like to skirt around the edges at Holyrood Park — it gets the job done while still maintaining a stunning view. For the more adventurous, it’s definitely worth scaling this historic peak, exploring the sites as you go — the Salisbury Crags, St Anthony’s Chapel, swathes of swans at the loch and of course panoramic views of the city — until you reach the glorious, mighty summit. A handy central location, run all the way back to your hotel or home and add a few more steps onto that Fitbit! When running at night, don’t forget to take a headlamp or some form of light as it can get pretty dark. When in doubt, gaze upwards at the striking Scottish stars. 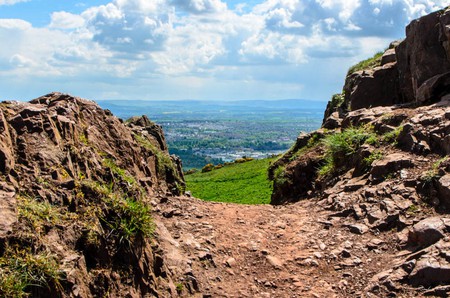 It’s amazing what a dose of fresh sea air and a gust of good Scottish wind can do. Reap the benefits of these therapeutic feelings and run all the way to Portobello and back. A good place to start is Arthur’s Seat. Scale the mountain along Queen’s Road heading in the direction of Duddingston Loch. Pass the loch, follow the main road until Portobello comes into view and head straight for the beach. Go wild with sand between your toes and the sound of the ocean cheering you on. Once you have all that pent-up energy out of your system, run to the east of Seafield Road and look out for Brunstane Burn Path. Tear through this old railway tunnel until you get to the Salisbury Crags. Those who liken their running style to that of Forrest Gump can keep on keeping on until the reach the beautiful land of East Lothian. 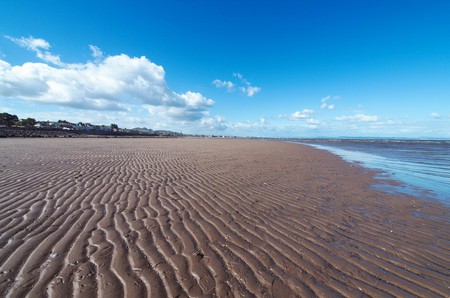 Epic and arduous, the Seven Hills Of Edinburgh is the don of all Edinburgh running routes. This course, which also happens to be a race and challenge course, amalgamates to approximately 14 miles with around 2,200 feet of ascent and descent. Not to be underestimated, the mix of roads and undulating, cross-country terrain require some discerning urban orienteering. Starting at the Castle, runners should be prepared to tackle Corstorphine Hill, Craiglockhart Hill, Braid Hill, Blackford Hill and Arthur’s Seat, with Calton Hill serving as the start and finish. To tackle this bad boy, just bear in mind that it requires skill, stamina, snacks and plenty of refreshments. Also, the terrain is subject to change by the season. Still, the victorious feeling at the end makes this a must-do for any avid runner. 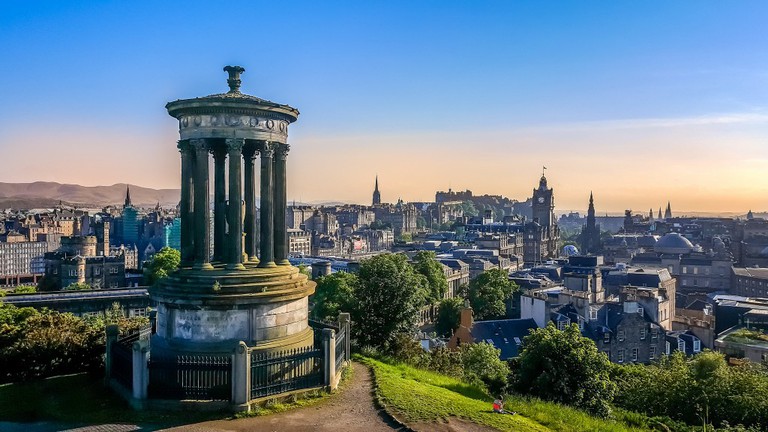 When that overpowering urge to run for the hills sets in, look no further than the Pentlands. A brief drive from the city centre or extended part of the run for fitness fanatics, the large spread of rolling terrain and liberating feeling of wind caressing your hair is something straight out of a film. Begin the run at the public car park by Flotterstone Inn and start by ascending Turnhouse Hill. Meander along the ridge path past Carnethy, Scald Law, East Kip and West Kip. From there, decide what you want your path to be and go for it. Underrated and wonderfully wild, the Pentlands are perfect for clearing your head kind of running outings. 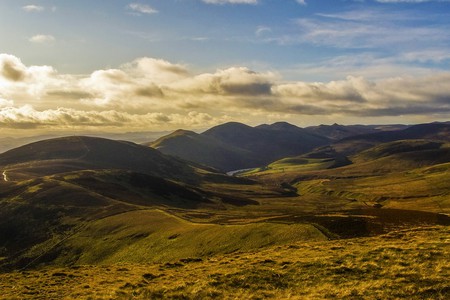 Graced with pristine Scottish vernacular architecture and captivating causeway pylons (they were put there during WWII to ward off submarines), Cramond is practically a postcard. Whether a simple beach sprint or winding path mirroring the River Almond, the scenery could not be more striking. Situated on the foreshore, make sure to swerve past the Cramond Fish, an eight tonne sculptural carving made from 460 million year old pink corrennie granite by Sculptor Ronald Rae. Relaxed runners can celebrate the workout with a visit to the pub, whereas more serious stretchers can add this to a longer route. 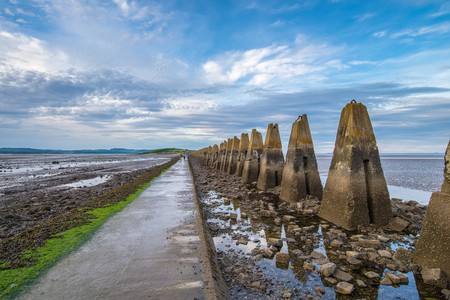 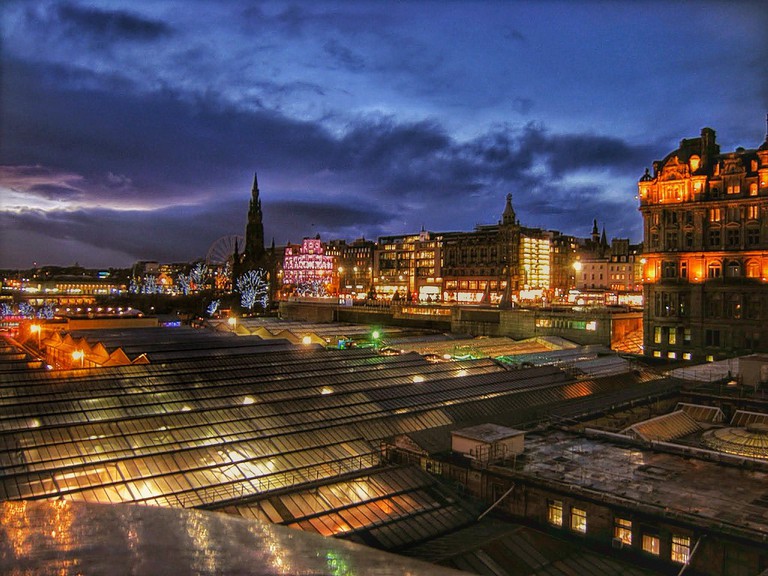 Edinburgh | © Arys Andreou / Flickr
If unfazed by the bustle, then perhaps consider a city centre run. Recreate the opening scene of Trainspotting and choose life by tearing down Princes Street, if only to cause a ruckus! In all seriousness, running is a brilliant way of seeing the main historical landmarks and buildings while clocking in those miles. Start by running up Calton Hill (make sure to stop by the Scottish acropolis National Monument) and take in the breathtaking views. Next, descend towards Princes St, swing past the Balmoral en route to the Princes St Gardens. Then, take a deep breath and beast it before running up the Mound, taking the Royal Mile all the way to the Castle. After a wee breather, carefully jog down the cobbled Royal Mile past the Scottish Parliament building. Either head back through the city or take it a step further by exploring Arthur’s Seat.
Open In Google Maps
Edinburgh, United Kingdom
Give us feedback
Give us feedback