The Most Incredible Castles in Aberdeenshire, Scotland 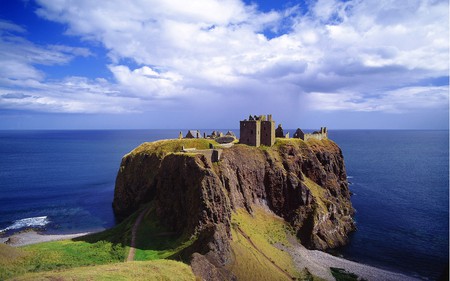 When it comes to castles, Aberdeenshire is the place to visit. With over 300, there is simply no other county in the UK with more per square mile than this corner of Scotland. With this many to choose from we have selected seven of the very best for you — from atmospheric ruins to homes fit for a Queen. 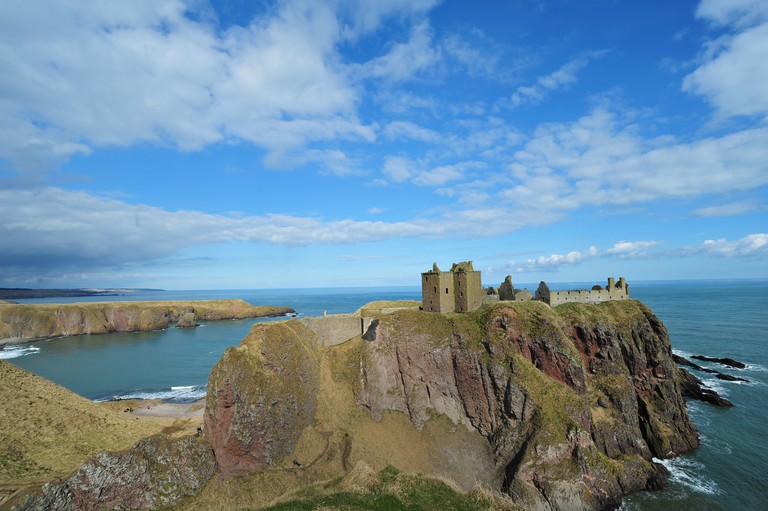 Dunnottar Castle | © pbutke/Flickr
An iconic ruin perched on a headland with dramatic sheer cliffs on all sides, Dunnottar is an ancient castle. In 900AD, a Viking raid killed King Domhall II — a raid in which the castle was destroyed. After it was rebuilt the castle was fought over for hundreds of years, with various famous rulers and would-be rulers staying there, including William Wallace, Mary Stuart, and Charles II before he became king. It was also attacked by Oliver Cromwell’s army in 1650, as the Scottish Crown Jewels were housed here; however, the small group of defenders managed to withstand the attack for eight months and the jewels were eventually smuggled out and hidden by a group of women, just before the castle fell. There is also said to be a resident spirit, an eerie Green Lady of Pictish origin.
Open In Google Maps
Stonehaven, Scotland, AB39 2TL, United Kingdom
+441569766320
Visit Website
Give us feedback

A remarkable example of Scottish Baronial Style architecture, the present Fyvie Castle was mostly constructed in the 14th and 15th centuries, although parts are older, built around 1210AD. King William the Lion, Robert the Bruce and Charles I all stayed here. Today it is owned and run by the National Trust for Scotland, and houses a wonderful array of art and objects from its past, include a renowned portrait collection, original arms and armour, and a ghost name Lillias Drummond, who leaves the scent of roses wherever she roams. You can also book accommodation in the Preston Tower apartment. 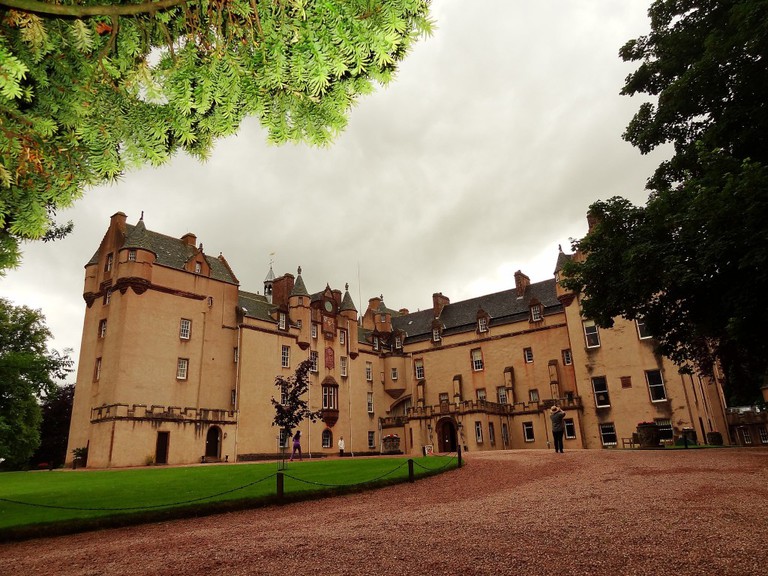 The seat of the Clan Irvine Chief from 1323 to 1975, Drum Castle is now owned and run by the National Trust for Scotland. It is open to the public during summer, and the chapel and hall are also available for weddings. As with many of Aberdeenshire’s castles, Drum was built over the course of history, with a 13th-century tower and both Jacobean and Victorian additions. The walled rose garden is renowned, and networks of woodland walks weave around the castle. The name itself comes from the Gaelic for ridge: ‘druim’. 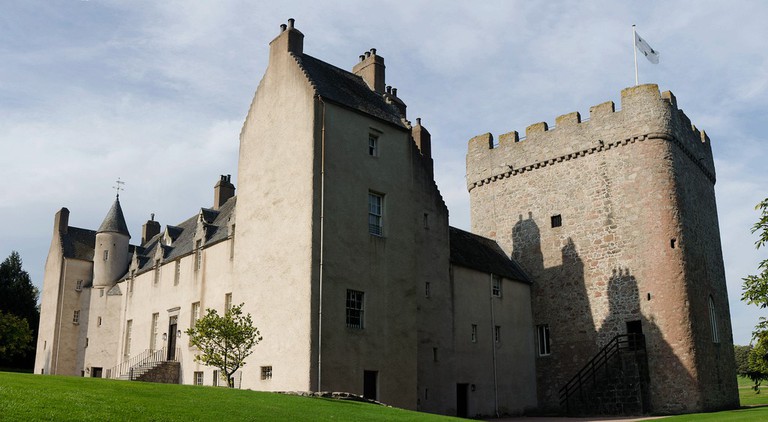 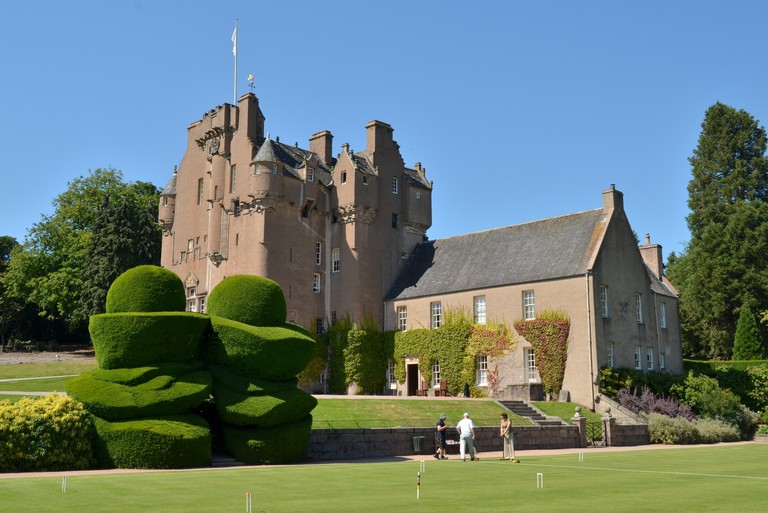 Crathes Castle | © leva Haa/Flickr
Built by the Burnetts of Leys in the 16th century, Crathes features a croquet court, ancient topiary, and stunning walled gardens, along with a treetop adventure course. Inside the castle, the visitor can see the Horn of Leys — a jewelled ivory horn gifted to the Burnetts in 1323, at the same time as the land, by King Robert the Bruce. Recent excavations uncovered truly ancient evidence of occupation on the site, with a Mesolithic lunar calendar made of a series of pits being discovered in 2004 — potentially the oldest known calendar in the world, used for 4000 years, from 10,000 to 6,000 years ago.
Open In Google Maps
Crathes, Banchory, Scotland, AB31 5QJ, United Kingdom
+441330844525
Visit Website
Give us feedback

A classic ‘fairytale castle,’ Craigievar is seven stories high, with pinkish walls, turrets and carved gargoyles. It has been said that Walt Disney based his castle logo on Cragievar after seeing pictures of the building. Completed in 1626, this castle also has one of the finest plasterwork ceilings in Scotland and a secret staircase. Originally designed with more defensive features, such as a surrounding wall and four round towers, but these were mostly removed over time to create the building seen today. Open to the public for guided tours during the summer, the whole estate is owned by the National Trust for Scotland. 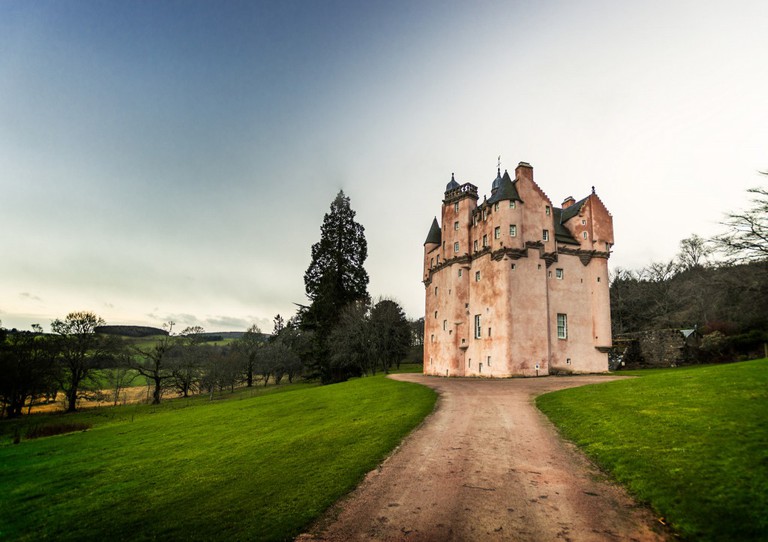 The current Braemar Castle was constructed as a hunting lodge in 1628, with extensive periods of rebuilding following a fire, deliberately set to stop the castle being used by those opposed to the Jacobite cause. It lay empty and ruined until it was rebuilt in 1748. Similar in shape to Craigivar, Braemar has retained more of its defensive features, such as the star-shaped wall and the original iron-lattice gate. In one passageway there is a hole that has been used as a dungeon, known as the ‘Laird’s Pit.’ The local village of Braemar is famed for its Highland games, which are attended by the British Royal Family, who own the nearby castle of Balmoral. The castle is staffed by local volunteers and open to the public. 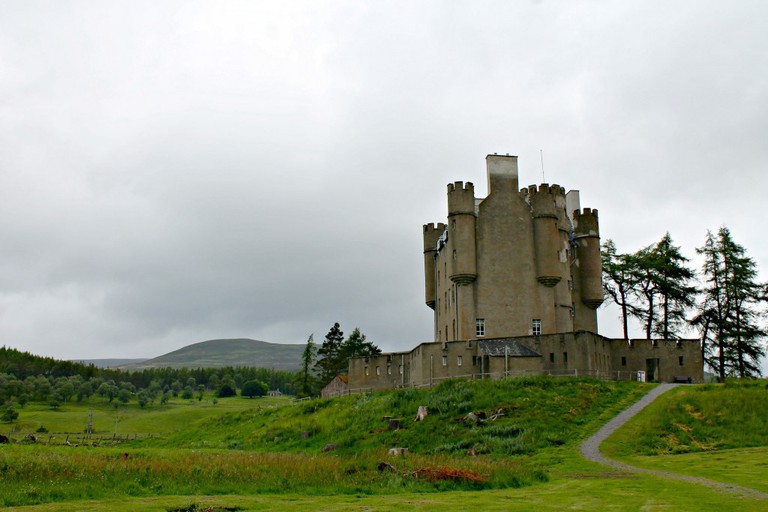 Balmoral estate was bought in 1852 by Prince Albert, the husband of Queen Victoria and, after they decided the original castle was too small, the current building was constructed and the old one demolished. The building is not owned by the state, but remains the property of the Queen, and the surrounding estate includes large areas of moorland, woodland and farmland, a prize-winning fold of Highland cattle, several thousand red deer, and even a whisky distillery. The grounds and the ballroom are open to the public from April until July, when the Queen traditionally arrives for summer. 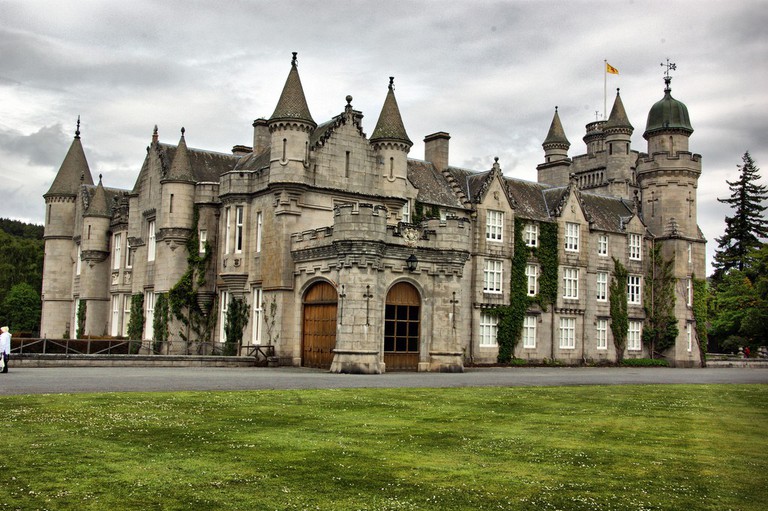