The Most Impressive Buildings in Dundee, Scotland 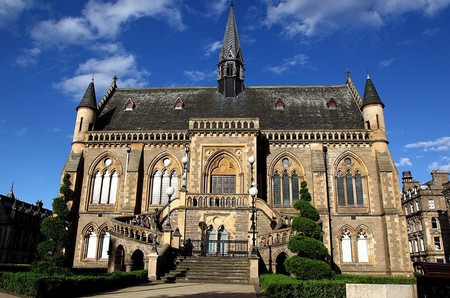 Innovations in stone and mortar, Dundee’s architectural wonders are a product of the city’s perennial eye for design. As home to the artfully constructed V&A Museum of Design, video games like GTA, comics The Beano and The Dandy and gastronomic delights like Dundee Marmalade, Dundee holds UNESCO City of Design Status. Feed off all that creativity and admire the most inspired buildings with our architecture tour.

Art Gallery
Facebook
Email
Twitter
Pinterest
Copy link
Share
Map View
Deeply woven into the cultural fabric of the city, Dundee Contemporary Arts extends the frontiers of creativity and operates as a much-adored hub of contemporary art and culture, with its two art galleries, two-screen cinema, printmakers studio, visual research centre and café bar. Designed by Richard Murphy Architects in 1999, the L-shaped building adopts a calming nature via its many windows, creating a notable play of light and a portal connecting the people to the city and even the Tay. Blending the old with the new, some of the design features include existing railway work sheds and parts of the former town wall, that used to reside at the Netherbow Port.
Open In Google Maps
152 Nethergate, Dundee, Scotland, DD1 4DY, United Kingdom
+441382909900
Visit Website
Visit Facebook page
Give us feedback

Building, Memorial, Museum
Facebook
Email
Twitter
Pinterest
Copy link
Share
Map View
The work of architect Sir George Gilbert Scott, the McManus Galleries was constructed as a hotbed of literature, science and art — a free reading room for working men opened as The Albert Institute in 1867. As the largest memorial outside London to ever exist in honour of Prince Albert, this Scottish gothic beacon paid homage to Dundee’s prosperous design prowess even then. The Victoria Galleries came about in 1889. However, it was all built on marshland, which presented some structural complications over the years. Page / Park Architects took the reins for the extensive restoration and refurbishment project, leading this striking building to its current glory as a cutting-edge ‘heritage experience’.
Open In Google Maps
Albert Square, Meadowside, Dundee, Scotland, DD1 1DA, United Kingdom
+441382307200
Visit Website
Give us feedback

As the only dedicated jute museum in the UK, Verdant Works stands out as a tribute to Dundee’s rich jute and textile industry heritage. Dressed with white beams, exposed stone and delicate lofty ceilings, the interior is illuminated by a series of checker-board window panes. Although immaculately refurbished, the building is of great architectural significance, being one of the few remaining 19th-century industrial premises in the area that retains much of its courtyard-type mill essence and original features.

An architectural icon of Dundee, the Courier Building is the publishing HQ of family-run media powerhouse DC Thomson, the brains behind the likes of Oor Wullie, The Beano, The Broons, The Evening Telegraph and The Dandy. Praised as one of the UK’s greatest early 20th-century American buildings, this Edwardian sandstone wonder was built in the early 1900s for DC Thomson by Niven and Wigglesworth. A 10-storey addition was added in the 1960s. The recent major refurbishment project honours the period features while flooding the building with sleek contemporary design elements. 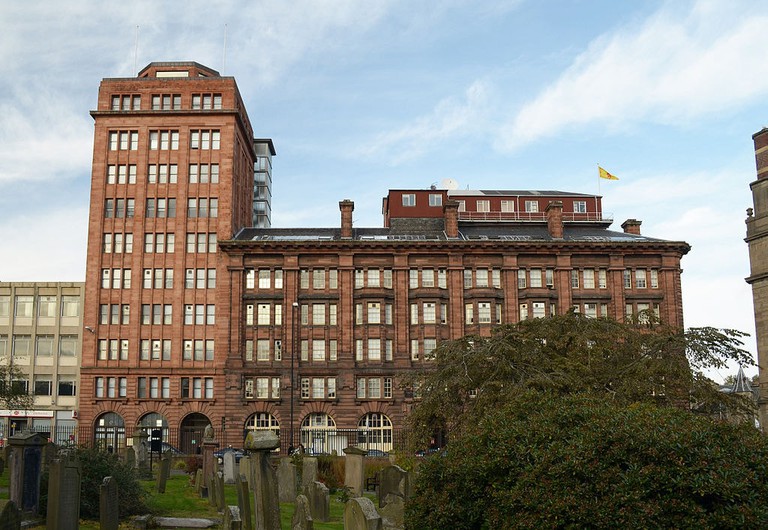 Situated on Panmure Street, the Royal Exchange was constructed in the Flemish neo-gothic style by Scots architect David Bryce around 1850. Designed to mirror the Dutch cloth halls, this brooding building was once host to the Dundee Chamber of Commerce and also the city’s Stock Exchange. Like much of the architecture in the area, the Exchange was built on marshland just north of the old city walls. This resulted in slipping foundations due to the waterlogged terrain, with parts of the building leaning to the same steep angle as Pisa.

The handiwork of prominent English gothic revival architect Sir George Gilbert Scott, St Paul’s Cathedral dates back to the mid-1800s. Created for the Episcopalian congregation members of Dundee, this steepled church boasts breathtaking gothic interiors with high dramatic ceilings and cascading panes of stained glass. Underneath the inspired exterior, however, rests the real secret. St Paul’s was built atop the site of the medieval seat of power, a castle besieged during the Wars of Scottish Independence. The adjacent 1768-built church house boasts two storeys of medieval underbuilding secrets. 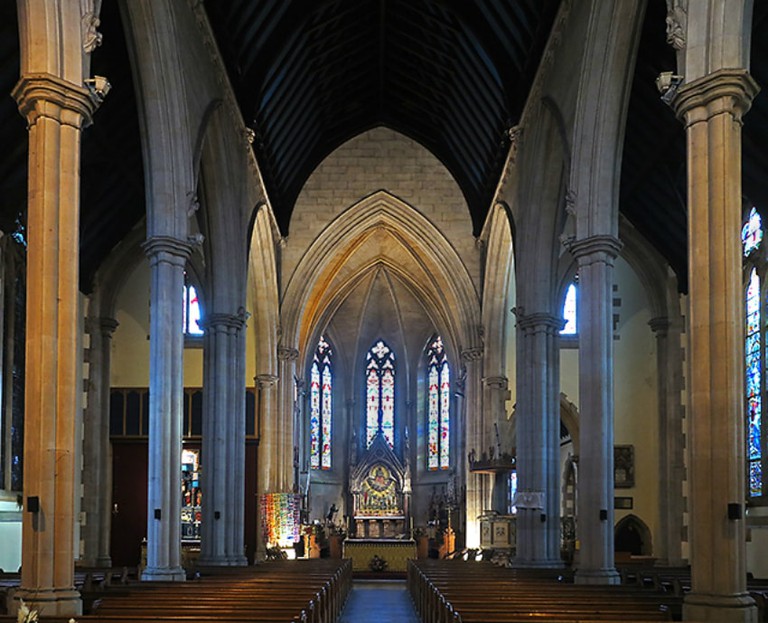 The Bernard King Library at the University of Abertay is comprised of a rectangular stone spine and a curved front garnished with glass. The artful design is praised by many as mirroring an open book, a fitting feature for a library. Taking the crown in 1998 with the title of Best New Building in Scotland at the Scottish Design Awards, this multi award-winning library was built the same year by Norr Consultants Ltd. 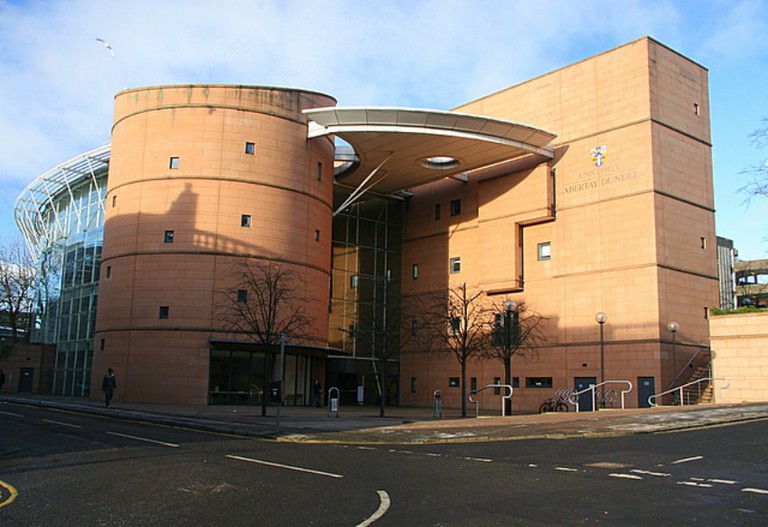