The Fringe Has Been Cancelled: What Happens to Edinburgh’s Small Businesses Now? 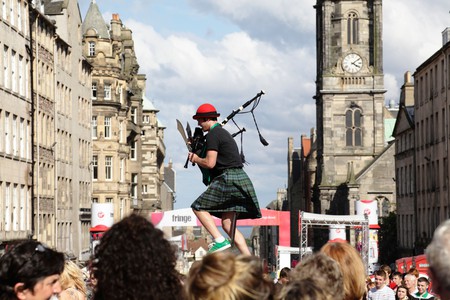 For the first time in Edinburgh’s history – and since the festival’s inception in 1947 – the Fringe will not fill the streets of the Scottish capital when August 2020 rolls around. Here’s how the city is reacting.

In 2019, the Fringe saw over 30,000 artists from 150 countries put on 3,841 shows in 323 venues. In 2020, there will be none. It was announced in April that the August festivals, set to welcome audiences of more than 4.4 million people, were to be cancelled. The Scottish first minister, Nicola Sturgeon, described the choice as “a heartbreaking decision, but the right one”. Those numbers flooding the city, just a few months on from a nation-wide lockdown, seemed unimaginable. 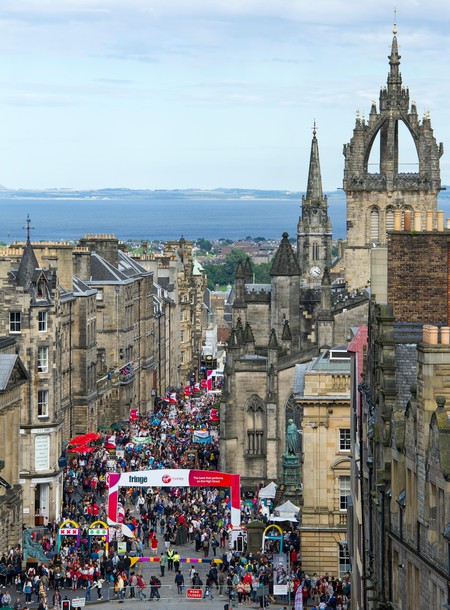 The cancellation of Edinburgh‘s iconic festivals will cost the Scottish economy anywhere from £300m to £1 billion – but its toll on the capital is far from just financial. The money lost goes far beyond the cultural sector to every taxi driver, nightclub owner, landlord, restaurateur and shop and bar owner in the city who normally feel the benefit of Fringe-based finance long after August has come and gone.

“The Fringe being cancelled will affect us all in Edinburgh’s hospitality industry hugely,” Sian Buchan, who owns bar Uno Mas, explains. “I think all businesses plan their year around August and December being busier than other months, and see it as an opportunity to help pay the rent and bills which are high year-round.”

The Federation of Small Businesses (FSB) has said that the loss of events such as the Edinburgh International Festival, Fringe and Tattoo would “magnify an already desperate situation” for hotels, bars, shops and restaurants. For many, the Fringe was set to be a much needed injection of funds following the months of lockdown – now, there is uncertainty as to which businesses will be able to reopen their doors without the promise of a global arts event to generate income.

“Of all the things that we considered when opening a new business,” Buchan says, “a global pandemic didn’t come in to it. We were open for five weeks when we closed, and so far, it’s been very difficult.”

For many, the Fringe cancellation came as the final straw. Hair salon Bleach Please in Edinburgh’s city centre was one of the capital’s most exciting up-and-coming businesses at the start of the year; it was even awarded Best Newcomer 2019 in the Scottish Italian Awards. Less than a year later, it lies empty, and salon owner Rossella Petta has had to announce that they will not be reopening. “Keeping a business alive without trading is impossible, especially if located in the city centre with very expensive rent and bills – we would have had to pay all the lockdown rent once the shop reopened. 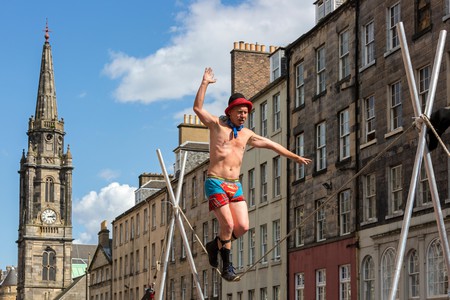 “But how can you pay full rent whilst making probably half or less of your normal income? With the announcement of the Fringe Festival being cancelled, it was another really bad thing on top of a big list – that could’ve helped so much. We put all our savings and effort in this project and now we have been left with nothing.”

Iain MacPherson, owner of Panda and Sons (which regularly shows up on lists of the world’s best bars), points out that the Fringe being cancelled doesn’t just signal a loss of money, but also a loss of time spent meticulously planning for a city-wide tourism-surge. “If you’re a venue that has shows, you’re planning shows all year round – you do a big push for extra staff for August a couple months in advance. Two big money-making months of the year (December and August) will be reduced to just December, and it will be a lot quieter than last year.”

For those that have been able to keep afloat thus far, the temporary solution to carry on treading water lies in adapting to providing goods and services that are still available during a pandemic – mainly takeaway and delivery. Edinburgh businesses of all sizes are suddenly evolving to fit their tight new restrictions – cult favourite sandwich shop Alby’s delivers kits weekly so that loyal fans can create their own at home, and Stag Barber Co are sending out hairdressing packs complete with a virtual guided haircut for your DIY do. Likewise, MacPherson may have had to temporarily close the doors of his bars but has instead created a city-wide booze delivery service: “We are adapting as fast as we physically and mentally can. The launch of our platform EBD (Edinburgh Booze Delivery) is giving us and all the other local bars a platform to sell and deliver direct to their locals’ door.”

In years past, the residents of Edinburgh would unite every August to see one another and their businesses through the challenges of the Fringe; now, they are banding together to get through the pandemic. In a statement announcing the cancellation, Fringe Society Chief Executive Shona McCarthy said: “Culture brings out the best in us. It gives the marginalised a voice, it shapes and reshapes how we think of ourselves and, crucially, it unites us.

“Since their inception in 1947, the Edinburgh festivals have existed to champion the flowering of the human spirit and, in the face of this truly unprecedented global emergency, we believe that this spirit is needed now more than ever.”

As the totals on the GoFundMes of businesses rise and the number of posts on social featuring local delivery services rapidly increase, McCarthy’s sentiment couldn’t be truer. If there’s one thing for certain in the troubling times for the capital, it’s that the residents of Edinburgh won’t leave their city on the fringe. 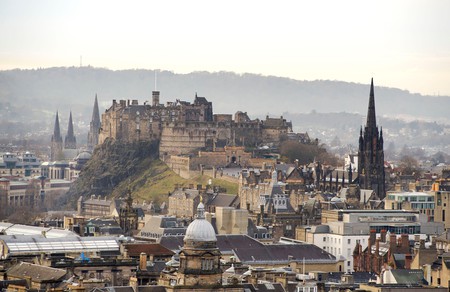