Where to Stay: A Guide to Edinburgh's Coolest Neighbourhoods 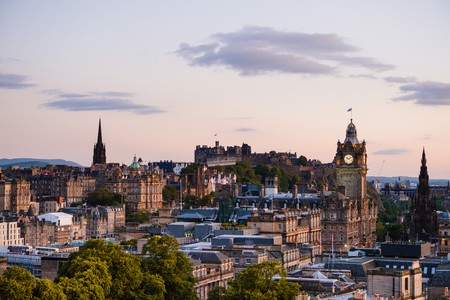 From quaint, village-like corners to the uproarious charm of the harbour, these are the coolest Edinburgh neighbourhoods to visit or stay in.

Those who love history often find themselves drawn to Edinburgh. Not many cities can boast a castle, palace, parliamentary building, royal gardens, collection of galleries and museums and several noteworthy statues in the space of one square mile. 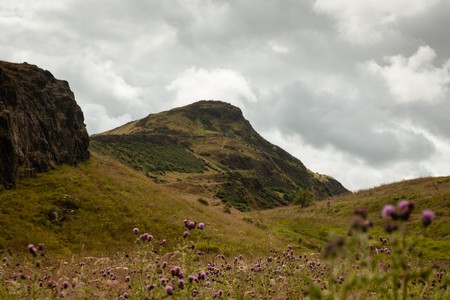 Still, visitors seldom venture farther than Princes Street. Those who do, however, will tell you that some of Edinburgh’s most noteworthy stays, sights and experiences are found off the main tourist trail. Incredibly easy to travel to and from, with gorgeous (and much more affordable) accommodation options, here are the coolest Edinburgh neighbourhoods.

Any neighbourhood with not one but two artisanal cheesemongers smacks of class, but Stockbridge’s appeal goes way beyond the gouda you’ll find at George Mewes and IJ Mellis. Boasting unspoilt streets with a plethora of traditional pubs and restaurants – and just a mere stone’s throw away from Princes Street – Stockbridge has a charm unlike any other part of town. Along St Stephen Street you’ll find shop after shop of curiosities, including the Golden Hare, a charming bookshop that was proclaimed Independent Bookshop of the Year at The British Book Awards. 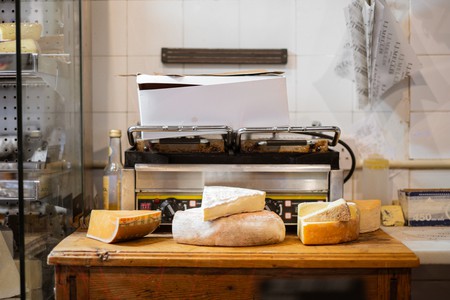 Bargain hunters can spend hours rummaging in the various charity shops dotted around Raeburn Place, where pieces have been spotted with tags still intact from the likes of COS and Burberry. Those in need of some midday sustenance should head straight to Cowan & Sons for its famous spicy eggs. 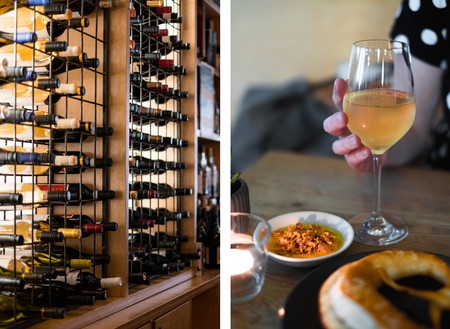 Should you find your thirst is in need of quenching, Good Brothers is on hand to serve you a glass of natural wine. Throw in a farmers’ market every Sunday from 10am to 5pm and you’ll be forgiven for never wanting to leave.

Walking in Dean Village makes you feel as if you’ve stepped right into a storybook, with Victorian cottages, cobbles underfoot and pastoral greenery at every turn. It is, quite simply, one of the most beautiful spots in Scotland’s capital. Pick a sunny afternoon and walk the quaint streets, marvelling at its ornate architecture. 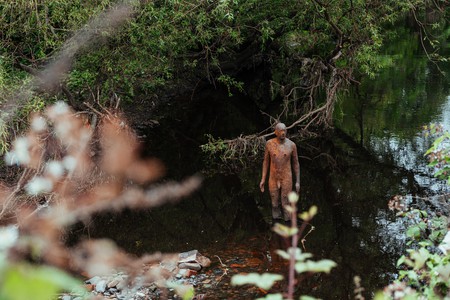 Running through its heart is the Water of Leith – the main river that flows through Edinburgh, which you can amble alongside until it meets the sea in northerly Leith. Keep an eye out for Antony Gormley’s acclaimed sculptures: life-size, cast-iron figures standing in the water – along the way. Speaking of which, the Scottish National Gallery of Modern Art is also a Dean Village must-see. Split across two elegant Neo-Classical buildings, its collection boasts works from Paul Klee, Francis Cadell, Andy Warhol and Salvador Dalí to name but a few.

A place where heritage and creativity intertwine, there’s nowhere quite like Leith. After World War II, the once-thriving port fell into despair and became known as a rough area of town where the crime rate was high and the standards of living low. However, thanks to extensive regeneration projects, as well as the great gentrification efforts of its residents, the area has undergone an impressive metamorphosis, without losing any of its local character. 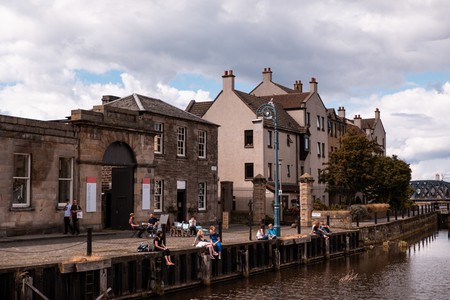 Leith’s once-flourishing maritime trade is mirrored in the grand, imposing buildings that line The Shore. The ground floors of this complex now host many excellent restaurants, pubs and independent shops. Both The Kitchin and Restaurant Martin Wishart have earned themselves Michelin stars, while more affordable (but no less delicious) options include The Little Chartroom and Harmonium, legendary for its vegan soul food. Time your visit to experience the buzzing weekend Pitt Market, where you can chomp your way through food stalls while buskers turn up the party. 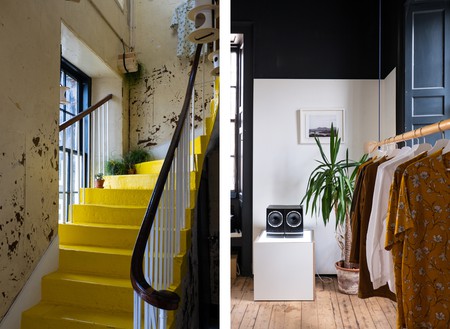 Those in pursuit of some retail therapy need only pop along to clothing and concept store Kestin Hare, which feels more gallery than outfitter. Back on the water’s edge is Custom Lane, an eclectic design centre and a collection of workshops, where you can attend lectures given by some of the creative industry’s most prevalent talents. When all this tuckers you out, go for coffee at either Ostara, Twelve Triangles or William and Johnson. 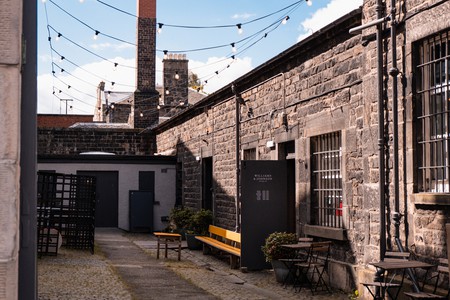 Also docked in Leith’s harbour is the HMY Britannia, which fans of The Crown will know as an iconic symbol of the Queen’s role as the head of the Commonwealth, owing to the fact it transported her on many of her official state tours. Follow this up with a bite from the Sicilian Pastry Shop, a neighbourhood institution.

Bruntsfield and The Meadows

Melville Drive may divide the sprawling parks of Bruntsfield Links and The Meadows, but that doesn’t keep the community apart. Instead, the area feels like a picturesque little village and surrounding the leafy lawns is everything you could need to occupy yourself for days on end. Right in the heart of this community is Summerhall, a huge multi-arts venue that puts on excellent festivals, performances, exhibitions and events. 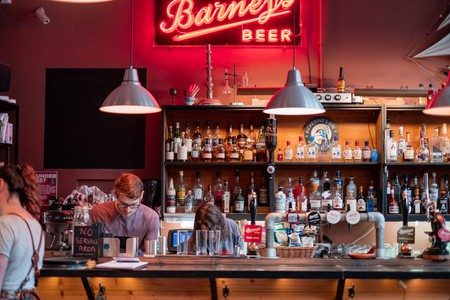 Round the corner from The Meadows in the Sciennes is High Dive Pizza Pub; order a pizza-dough bacon bap from the breakfast menu and enjoy every bite on a bench in the tranquil park. Also nearby is the neighbourhood cafe 27 Elliot’s, where it’s impossible to tell which is better, the supper clubs or the space that hosts them. 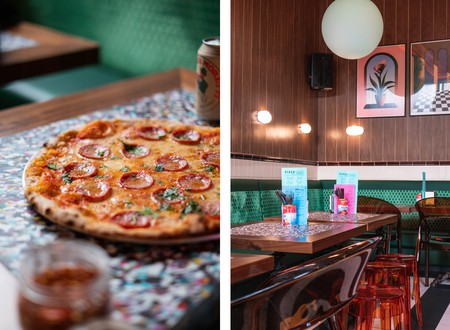 Expect nothing less from its founder Jess Elliott Dennison, who previously worked on Jamie Oliver’s marketing team. No visit to The Meadows would be complete without a stop-off at Dahlia, an apothecary-come-florist. You may as well just hand over your wallet, as you’ll want to leave with an armful of treasures. 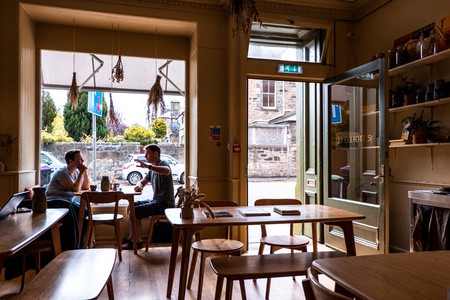 Across the way in Bruntsfield, there are many more delights to discover. Fuel up at Project Coffee, which has an atmosphere akin to a New York café, then play a round of golf at one of Scotland’s few free public golf courses on the Links. Cinephiles will love the Dominion, an independent cinema with plush reclining sofas. Having opened its doors in 1938, with the interior remaining largely the same since, crossing its threshold is like unearthing a time capsule. 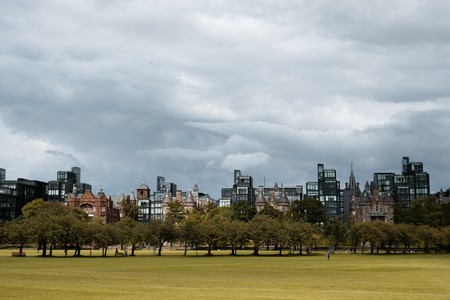 When it’s time to eat again, Beetroot Savage showcases vegan cuisine at its finest (there’s also a yoga studio on-site, should you feel so inclined), while The Golf Tavern serves up hearty home-cooked meals and cask ales with a side of Edinburgh’s welcoming flair.

Built in the mid-18th century as a solution to Old Town’s overcrowding, Edinburgh’s New Town still oozes character from every brick. Neo-Classical and Georgian architecture come together to create what can only be described as an urban masterpiece, which sets the elegant backdrop to this bustling locale. 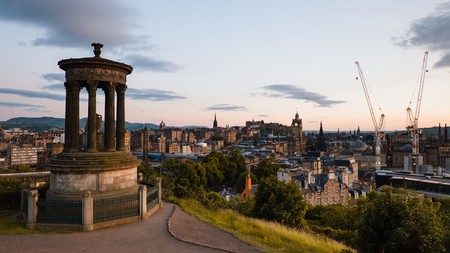 The iconic Scott Monument keeps watch over Princes Street, with all your favourite high street brands on one side and unspoilt views of Edinburgh Castle on the other. George Street, which runs parallel, is where you’ll find Edinburgh’s high-end boutiques. The intrepid traveller knows, however, that the best things are often found off the beaten path – like Stewart Christie & Co, a gentleman’s clothing emporium that’s filled to the rafters with heritage checks. Go there for a true Scottish souvenir. Also in this neck of the woods is the Scottish National Portrait Gallery, a Gothic building that holds the national collection of portraits, all of which depict Scots. 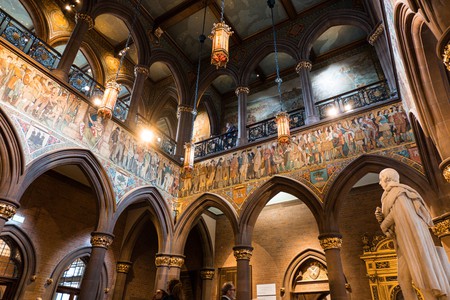 If cheese is Stockbridge’s vice, then New Town’s is most certainly coffee. Lowdown, Fortitude, Wellington and Cairngorm are but a few of the area’s bean purveyors and all are worth a visit. Once you’ve had your caffeine fix, perhaps now would be a good time to walk up Calton Hill, where you’ll get panoramic views of the city and surrounding coastline. 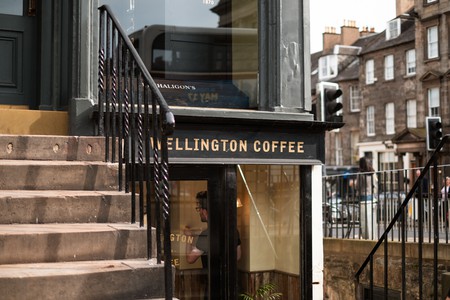 Back down on earth, and hungry we presume, head to Thistle Street and pull up a chair in El Cartel for the most authentic Mexican street food in the city. Finish the night with a bottle of wine at local haunt The Bon Vivant. Or, for a traditional tipple, enjoy a glass of the good stuff at The Scotch Malt Whiskey Society, previously a private member’s club, which has opened its majestic ground floor lounge to all patrons, members or not. 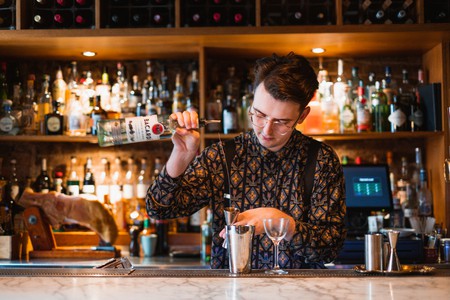 A labyrinth of curiosities lies in wait in Edinburgh’s Old Town, with places of historical significance lurking around every winding turn: Arthur’s Seat, Holyrood Palace and the Scottish Parliament are just some of note. Wizards and witches at heart, however, may prefer to take in the sights of The Elephant House, the writer/reader-friendly café where JK Rowling famously wrote the Harry Potter books. Admittedly it gets very crowded, so grab a cup at local favourites Mary’s Milk Bar, Brewlab or Lovecrumbs (who make their own cakes fresh daily). 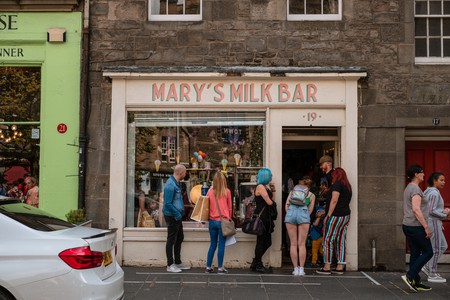 Those who love literature will also delight in seeing the statue of Greyfriars Bobby, a mere minute walk away from Elephant House. Greyfriars Bobby was a Skye terrier who became famous in 19th-century Edinburgh for spending 14 years guarding the grave of his owner, until he died in 1872. Once you’ve composed yourself, continue walking up the hill towards the University of Edinburgh. There, the delectable menus at Saboteur, Ting Thai Caravan and El Cartel’s second Edinburgh eatery will serve as your reward. 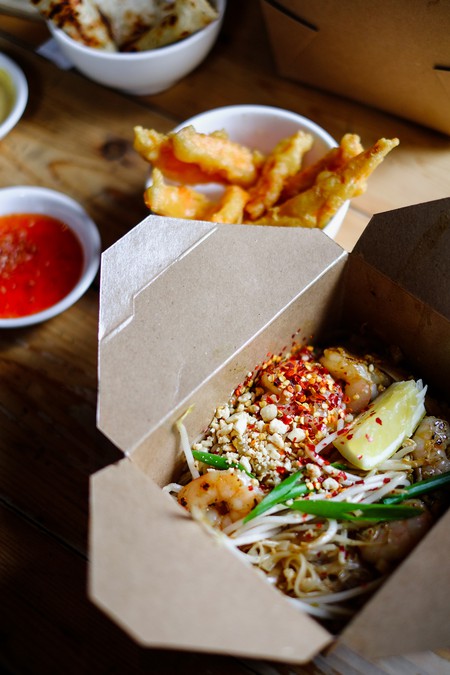 With such a beguiling backdrop, it’s little wonder that walking tours are Old Town’s bread and butter. Some of the best views are found at rooftop bar New Town House in the Grassmarket, with Edinburgh Castle directly on the horizon. After dark, allow things to take a spooky turn by joining one of the many ghost walks. Just be sure to make a pit stop at The Devil’s Advocate for some Dutch courage before you embark.

Portobello is a coastal suburb on the city’s east side. It remained an independent town until 1896 and is known for its impressive coastal views, long, serene stretch of beach and Art Deco-style promenade. Naturally, these are still its highlights. However, with the addition of trendy bakeries Bross Bagels and Twelve Triangles to its high street, it’s fast becoming a foodie hotspot. 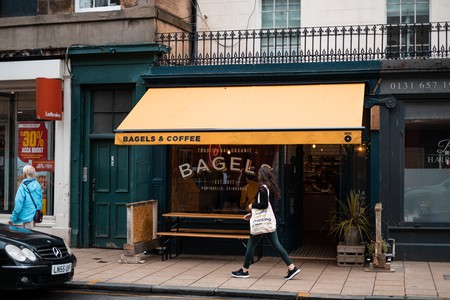 That’s not to say everything there is shiny and new. At the Espy, a Portobello institution, you’ll find traditional pub grub at very reasonable prices and if you time it right, some excellent local musicians playing live acoustic sets. Back on the high street there’s the rather unassuming Monny’s, where you’ll find Edinburgh’s best-loved ice cream; a mandatory seaside snack if there ever was one. 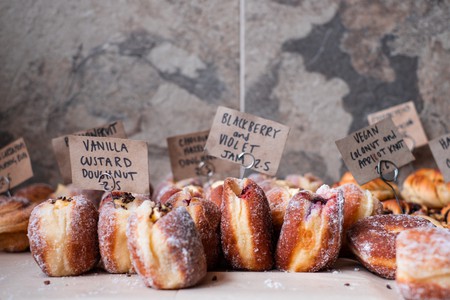 Another hidden gem is Portobello’s council-run pool; specifically, the traditional Turkish baths. Dating back to 1901, the baths have remained relatively untouched, making for the perfect (not to mention a gloriously indulgent) way to end a day spent exploring. If you’re feeling brave, finish off your visit by throwing open the doors and running into the cold sea – it’s more common a sight in chilly Edinburgh than you might think. 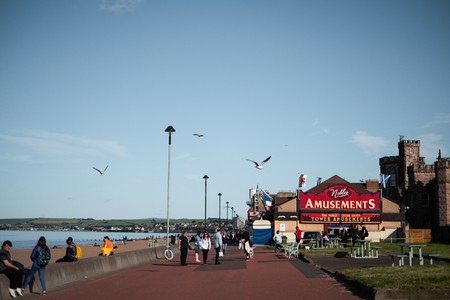 This is an updated version of a story written by Tori Chalmers.