The Best Things To See And Do In Jura, The Scottish Island Where Orwell Wrote '1984' 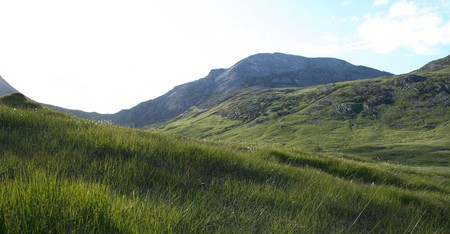 Jura, an island in the Inner Hebrides off Scotland’s west coast, is the place to be when you want to get away from the rat race. Blessed with more red deer than people, this remote isle hosted George Orwell as he finished his dystopian masterpiece, 1984. Between its soaring mountains, whisky distillery and untamed wilderness, embrace the natural beauty of Jura and explore the best things to do. 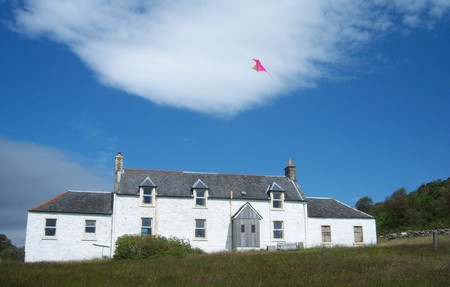 Now a sacred pilgrimage site for Orwellians, Barnhill Farmhouse still stands today in almost identical condition to when George Orwell stayed to finish 1984 back in 1940. Surrounded by nothing but wide-open wilderness, this old farmhouse cottage can be rented today and accommodates up to eight guests. The atmosphere is described as being, ‘just as secluded as it was in Orwell’s time – as you’ll still need a boat or a 4×4 to get there.’ Once more, ‘in keeping with its heroic isolation, you’ll rely on a generator for electric light and charging phones (it’s not really up to powering hair-dryers and so on) while ‘the potent cast-iron stove in the sitting room helps to warm any parts the whisky fails to reach!’ Feel those creative juices flow and embrace the unrivalled rustic charm.

A favourite with the locals and those from afar, the Isle of Jura Music Festival has been a highlight of the social calendar for over two decades. Jam-packed with traditional Scottish tunes and deftly skilled musicians, festival-goers can anticipate soul-moving performances, engaging workshops, spontaneous music sessions and of course, ceilidh dancing until the cows (or deer) come home. Adding to the inimitable magical atmosphere are the performances and events held within the Jura Distillery. 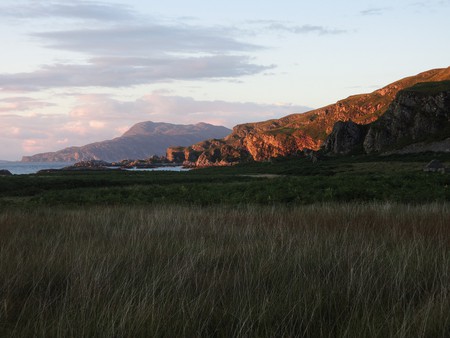 Being one of Scotland’s last wildernesses, Jura’s enchanting landscape is framed by waters with a mind of their own. As mesmerising as it is formidable, the Corryvreckan is a whirlpool that resides just off the island. Not just any whirlpool, however, this swirling plug is linked with ancient Scottish lore and is described by the Royal Navy as one of the most treacherous stretches of water in the British Isles. Boat trips can be arranged to see the strong tidal currents and standing waves that define this breathtaking force of nature. 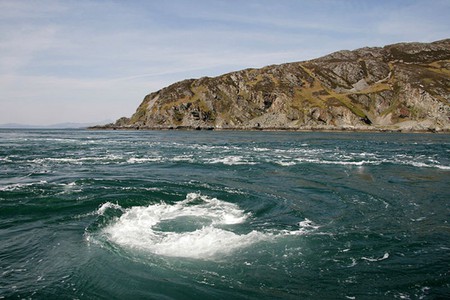 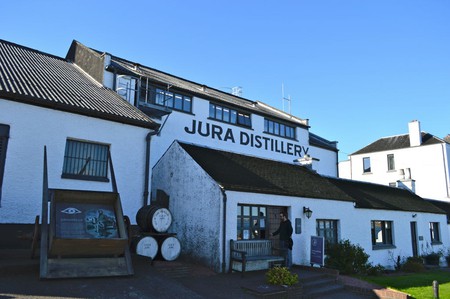 Jura Distillery | © Stephane Farenga/Flickr
Jura Distillery is the beating heart of the island’s tight-knit community. Famed across the globe for its balanced collection of unique whiskies, complete with a sherry cask finish and smoky notes, Jura whisky is special for a multitude of reasons. Firstly, the water used in the process filters down from the majestic Paps of Jura mountains, just as the stills used are remarkably tall as far as island stills go – a taller still equates to a purer spirit. Along with Jura’s one road and one pub, the distillery is inextricably linked with the Jura spirit and way of life. Distillery tours include a hyper-local insight into the island heritage, handcrafted whiskies, distilling intricacies and more. Make sure to book in advance to secure a spot.
Open In Google Maps
Craighouse, Isle of Jura, Scotland, PA60 7XT, United Kingdom
+441496820385
Visit Website
Visit Facebook page
Give us feedback

The Paps Of Jura

The Paps of Jura, as the island’s tallest mountains, hold a strong presence and dominate the scenic landscape. Emerging from the ground on the island’s southern part, these three mountains – Beinn an Oir (Mountain of Gold), Beinn Shiantaidh (Sacred Mountain) and Beinn a’ Chaolais (Mountain of the Sound) – are an outdoor-lover’s playground. The panoramic views from atop are worth the climb. At 785m (2576ft), Beinn an Oir is the highest mountain and a Corbett (a Scottish mountain between 2500 and 3000ft). 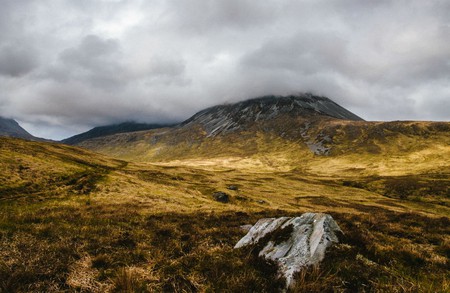 Jura has around 6000 deer and 200 people, but the red deer aren’t the only animals on the island. These noble creatures share the remote space with many others thanks to the diverse array of habitats. Colonies of birds roam the skies while the surrounding waters host aquatic greats like minke whales, dolphins and basking sharks. Otters and seals also inhabit the dreamy shores. Nature enthusiasts can soak up the glory of Jura’s animal kingdom by foot, boat, bike or car. 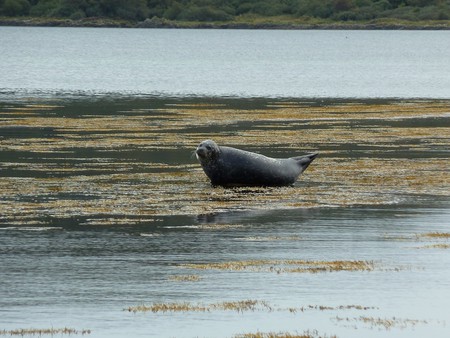 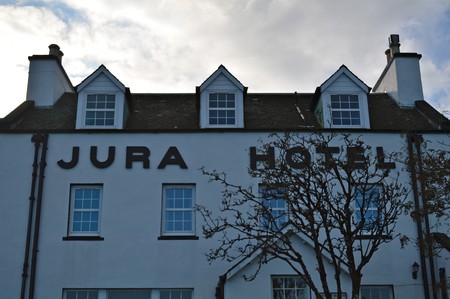 Based next to the world-class Jura Distillery and surrounded by palm trees (yes, palm trees!), the Jura Hotel is located in the village of Craighouse and showcases outstanding views across the rippling waters. Hospitality is the secret ingredient at this family-run institution, with second to none service. The restaurant plays host to an array of seasonal plates overflowing with fresh picks ranging from langoustines and pheasant, to crab. Bringing new meaning to nature-to-plate eating, Jura or Islay lobster is also served if requested a day in advance. Vegetarian options are also available. For more relaxed food, the hotel holds the key to the island’s only pub, which boasts a wonderfully lively atmosphere and the best pub-grub out there.

As Jura’s sister island, Islay is a convenient five-minute ferry ride away. Boats run frequently every day between Port Askaig on Islay and Feolin on Jura. These two islands are separated by the Sound of Islay, a stretch of water just half a mile wide famed for its strong currents. Crowned the ‘Queen of the Hebrides’, Islay is adored for her peaty, smoky whiskies and eight world-famous working distilleries. Gin lovers are in for a treat too, as The Botanist is Islay born and bred. This beautiful gem is overrun with delicious seafood, dreamy beaches and a vast array of bird colonies. 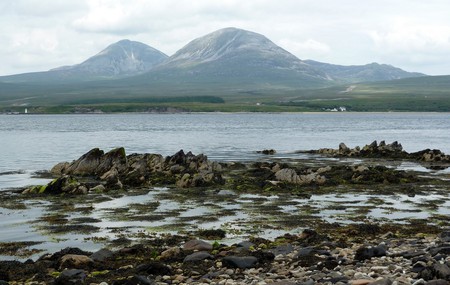 Views Of Jura From Islay, Scotland | © Nigel Brown/Flickr
Give us feedback