The Best Things to Do in the Outer Hebrides, Scotland 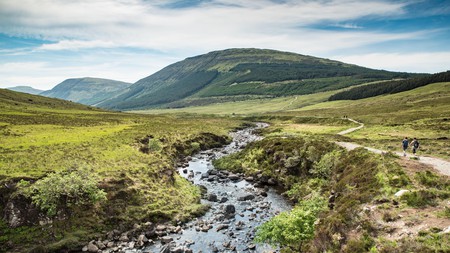 While many flock to the Highlands to experience the beauty of Scotland, far fewer travellers venture to the remote islands. Just 40mi (64km) off the northwest mainland, you’ll find the Outer Hebrides, home to wild beaches, ancient stone circles, whisky distilleries and an abundance of wildlife. It’s made up of a handful of islands – namely Lewis and Harris, North Uist, Benbecula, South Uist, Barra and St Kilda.

Spend your days exploring this archipelago, but do leave time for a day trip to the Inner Hebrides – the Isle of Skye is the most famous of these, home to the Quiraing and Fairy Pools. To ensure you experience the best of both the Outer and Inner Hebrides, join Culture Trip on a week-long adventure with a local guide leading the way. Otherwise, here’s what you can do if you’re bound for these beautiful islands. 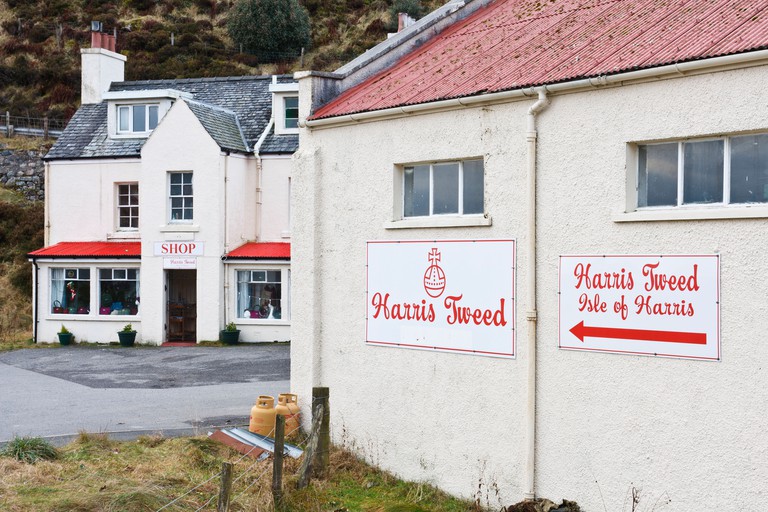 © David J Fleet / Alamy
Carloway Mill on the Isle of Harris is the oldest of the three remaining Harris Tweed textile factories. Tour the workshops, in which artisans use centuries-old techniques, virgin wool and Victorian machinery to produce the fabric that bears the renowned Orb trademark. You’ll learn about every step of the process, from the washing and dying of the wool to the intricate business of warping, in which thousands of threads are wound onto large beams, ready for delivery to the weavers’ homes. 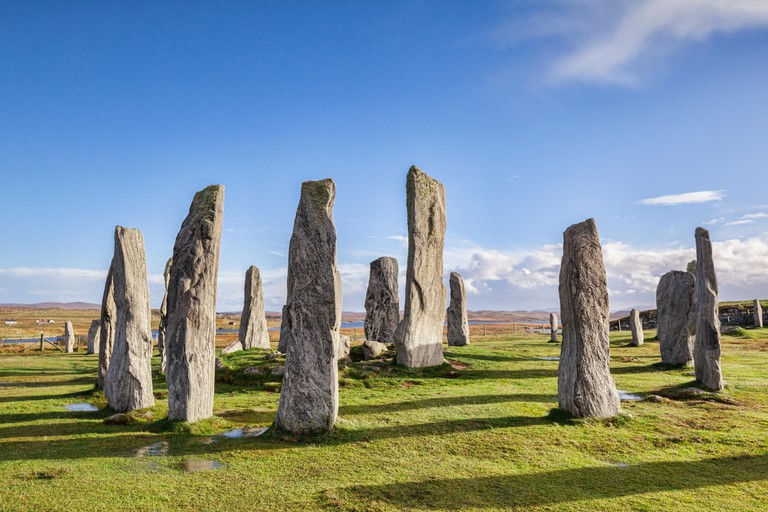 © travellinglight / Alamy
The 5,000-year-old Calanais Standing Stones are on the Isle of Harris, a 25-minute drive west of Stornoway. They were put up before the megaliths of Stonehenge in England and are thought to have served as an astronomical observatory or ritualistic site, but no one knows for sure what their purpose was. There’s a visitor centre next to the monument, comprising a gift shop selling traditional Outer Hebridean products, a small but informative exhibition and a café overlooking Loch Roag.

Sea kayaking on the Isle of Harris 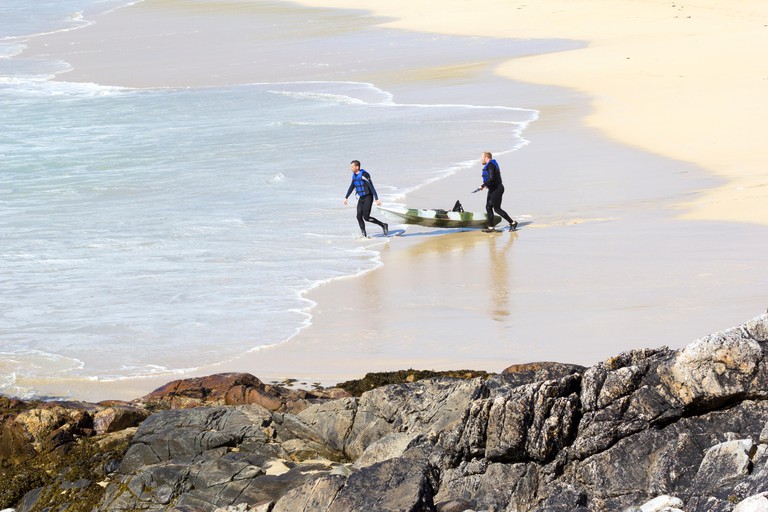 © Alex Thomson / Alamy
Sea kayaking is an unbeatable way to explore the Isle of Harris shoreline, a rocky playground of sea lochs, coves and Caribbean-style, white-sand beaches. You can book guided day trips or camping excursions on the island – or go there with Culture Trip as part of our seven-day tour of the Hebrides Islands – offering plenty of opportunities to admire the coastline and the Harris machair wildflowers, which are at their best during May and June.

Walk the Isle of Scalpay 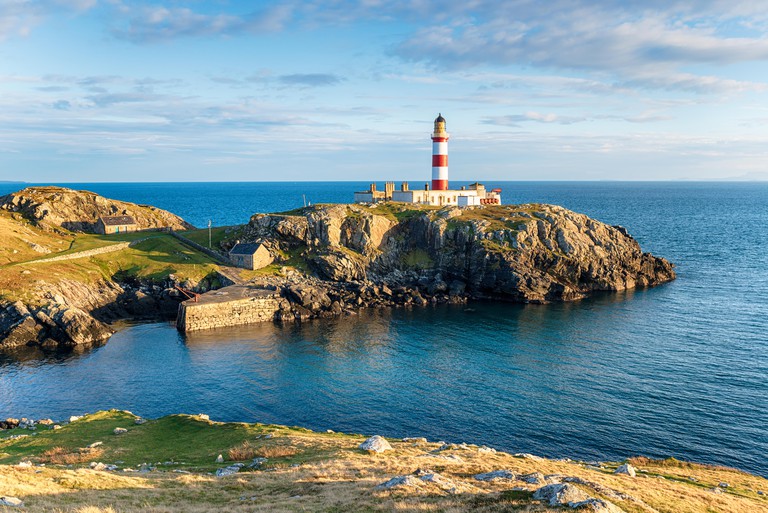 © Helen Hotson / Alamy
The Isle of Scalpay is connected to the Isle of Harris by bridge, and can be circumnavigated by an undemanding walk of 5.3mi (8.5km). Highlights of the route include views of the Harris mountains from the 341ft (104m) tall Beinn Scorabhaig, the highest point on the island, and the distinctive red-and-white Eilean Glas lighthouse, the first such structure to be built in the Outer Hebrides. The path also passes through Kennavay, the main town in Scalpay – stop here for refreshments. 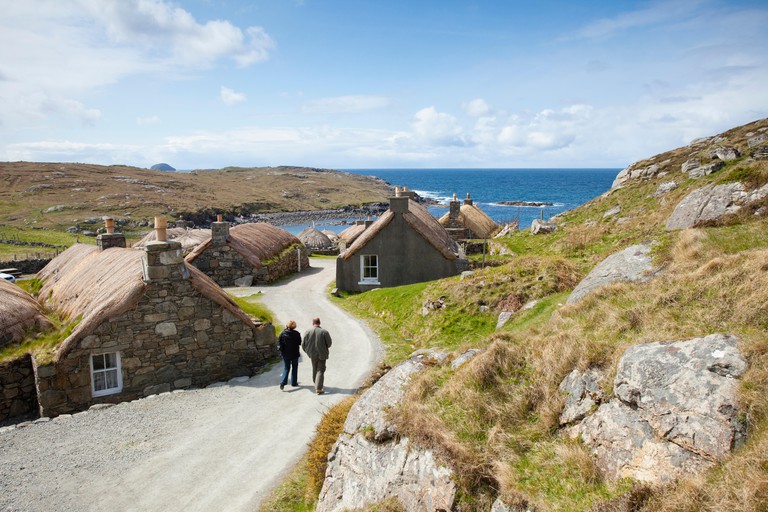 © Scottish Viewpoint / Alamy
Stay in a traditional Hebridean blackhouse at Gearrannan Village, a 15-minute drive north from the Calanais Standing Stones, on the Atlantic coastline of Harris. Consisting of drystone walls and thatched roofs, the houses were inhabited until the early 1970s and now offer self-catering accommodation in a communal dorm that sleeps 14, or in private cottages with room for up to five guests. The village has a café, Tweed mill and gift shop, plus you can hike, fish and cycle in the surrounding countryside. 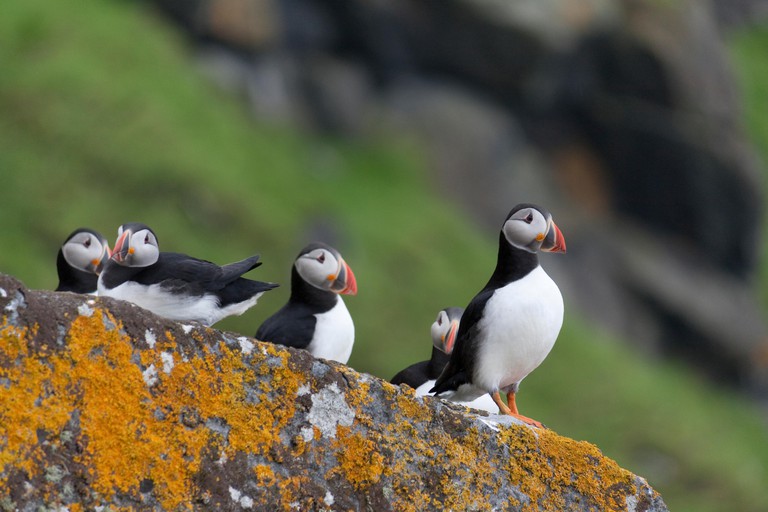 © Annelies Leeuw / Alamy
Situated 41mi (66km) west of the Outer Hebrides, St Kilda is the most remote spot in the UK. It’s also home to the largest population of puffins in Britain – best seen between April and early August – and the biggest community of gannets in the world. The ferry crossing from the Hebrides (usually from the Isle of Harris or the nearby Isle of Skye) can be rough, but you might be rewarded with sightings of orca or minke whales on the way.

Surf at Eoropie Beach on Isle of Lewis 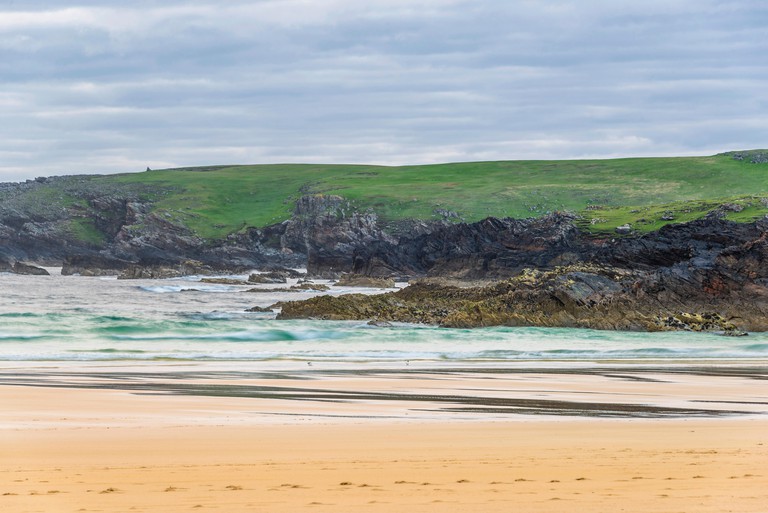 © fruttuoso pinato / Alamy
Surfers’ haven Eoropie Beach (also called Traigh Shanndaigh or Traigh Sanda) is located on the northwestern tip of Harris, close to the picturesque villages of Ness. It’s an exposed stretch of sand, onto which waves break from both left and right, pushed by strong Atlantic swell. Eoropie Dunes Park – a 4-acre (1.5ha) outdoor play centre – also makes this a popular spot for families with young children. Top tip: avoid swimming when the winds are up, as they generate a strong undercurrent and the beach has no lifeguards. 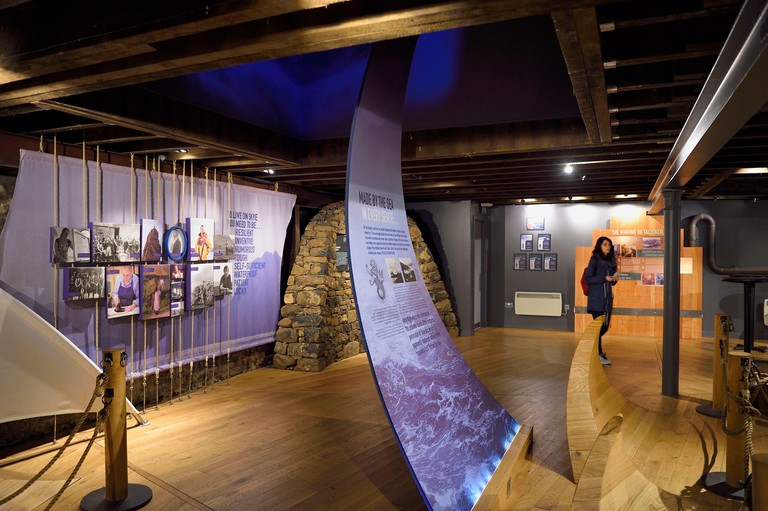 © RIEGER Bertrand / hemis.fr / Alamy
Talisker is the oldest working distillery on the Inner Hebridean island of Skye. Built by brothers Hugh and Kenneth MacAskill in 1830 in the village of Carbost, it produces a spicy, full-bodied single malt that you can taste on site, along with several other special occasion-only varieties. Staff also run tours of the distillery, revealing the ancient secrets of whisky production.

Take photos of the spectacular Quiraing 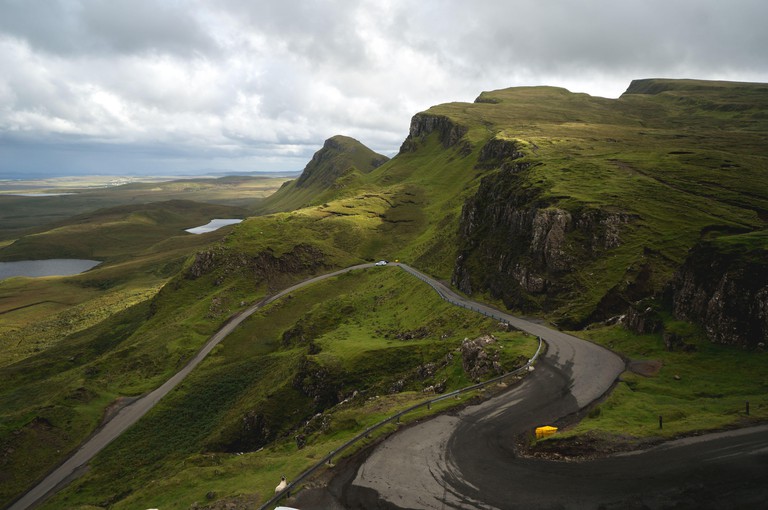 © Johannes Erb / Alamy Stock Photo
Another great day trip idea if you’re visiting the Outer Hebrides islands is to head to the Isle of Skye and walk the Quiraing, a section of the Trotternish Ridge that’s been formed by huge landslides. A circular route of 4mi (7km) begins at a carpark near the village of Staffin, and enables you to snap away at some of the most unforgettable landscapes in Scotland. Bear in mind that some sections of the route run close to huge drop-offs and others require rock scrambling.

Explore Fairy Pools on the Isle of Skye 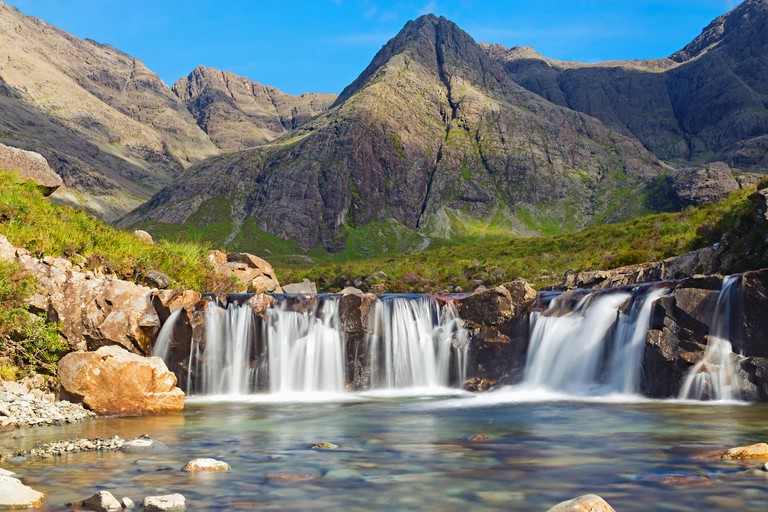 © Jens Ickler / Alamy
The Fairy Pools walk is one of the best things to do on the Isle of Skye and features on our guided trip to the Hebrides Islands. Beginning near the village of Carbost, a linear 1.5mi (2.5km) track takes you past pools and waterfalls created by the River Brittle, as it flows down from the Black Cullin mountain range. You reach the first Fairy Pond (a popular cliff-jumping spot) in around 20 minutes, and will encounter several more as you progress up-river. A wetsuit is recommended for swimming.

For more inspiration on what to do, discover our guide on the most remote Scottish whisky distilleries you can visit.