The Best Theatre Shows to Catch at the Edinburgh Fringe 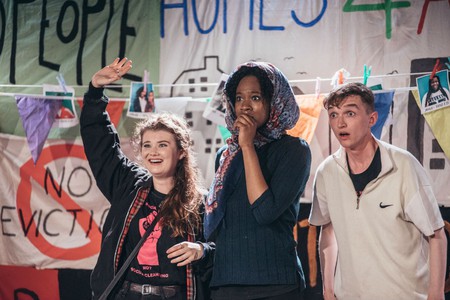 So much more than a show, theatre is a social conversation and one of life’s greatest art forms. Whether to present fresh new writing, act as a voice for the unheard, spearhead change or simply paint a smile on someone’s face, it never fails to spark emotion. The Edinburgh Fringe has all of that magic and more, so embrace the beauty of theatre and explore our guide to the best plays to see at the 2018 Edinburgh Festival Fringe.

Although life is too short to be embarrassed, reality more often than not kicks in to make room for vulnerability – especially where our bodies are concerned. A telling show centred upon tackling issues of bodily embarrassment, (even) HOTTER by Mary Higgins and Ell Potter delves into the nitty-gritty of blushing, sweating, pinkness and pleasure while exposing those familiar moments when our bodies dance to their own beat. Based on a series of interviews with women and members of the trans community aged 13 to 97, this genius verbatim play breaks the barriers that should be broken. 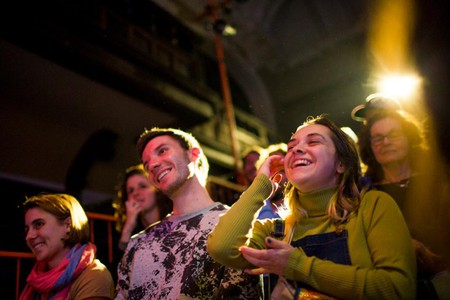 In a world where every letter counts and tweets, snaps, stories and comments connect society in a heartbeat, all it takes is one little word misfire to disconnect and destroy, or god forbid – go viral. Another piercing masterpiece by celebrated Bafta-nominated playwright Vinay Patel (Murdered by my Father), Sticks and Stones is a satirical exploration of the chilling consequences of a misfired joke while living in a tech-savvy time.

Brought to you by award-winning Zoo Co, Sirens follows three immortal Greek demigoddesses who find themselves washed up on Hastings Beach. Oh, and any man who hears their voices will die! In their own words, ‘it’s a bit of a drag’! Alive with the company’s signature visual storytelling, hypnotic projections and an electro-folk soundtrack, this artful play gives the middle finger to so-called gender expectations. Better still, Sirens has a deaf-inclusive cast and BSL-inclusive narrative, meaning that along with having captions, the actors will also sign during the show.

Described as ‘an hour of humour and heartbreak that confronts the cost of acting versus holding it all in’, Dangerous Giant Animals is a provocative new show highlighting disability from a sibling’s point of view. Written and performed by Christina Murdock, who aims to change the lack of stories surrounding disability and promote awareness through her own experiences, this darkly comedic solo show details disability within a family, from the challenging to the rewarding.

An unmissable play exploring race, sex and power politics, Underground Railway Game starts as a normal school class about the United States Civil War before turning into an unrestrained political and social commentary about race relations in contemporary America. This multifaceted, fearless comedy won the 2017 Obie Award and Time Out New York’s Best of 2016. Although perhaps uncomfortable in parts, the content could not be more pertinent.

Welcome to Self Co

Ferociously relatable, Welcome to Self Co is an absurdist comedy with superb writing that cleverly compares mental illness, such as depression or anxiety, to having a full-time job. The play’s director, Patrick Graham, and writer, Hope Kennedy-Smith, draw upon their own experiences to challenge how audiences understand depression and the vicious cycle linked with the manner in which many of us approach our jobs. It’s a glaringly familiar dysfunctional office environment destined to induce rippling laughter.

Another showstopper of a dark comedy by award-winning playwright Penelope Skinner, Angry Alan follows a man named Roger (played by Donald Sage Mackay in his Fringe debut) who, in addition to feeling like the whole world has gone mad, discovers solace in the form of online activist and ‘voice of reason’, Angry Alan. While investigating themes of masculinity in crisis and male/female dynamics, the play could not be more relevant in light of the Trump-era backlash and #MeToo movement. 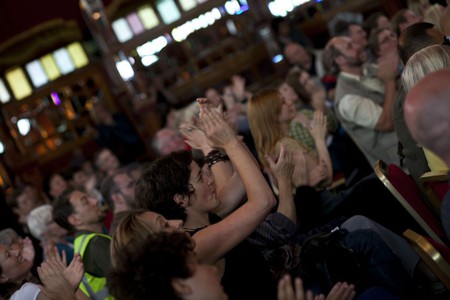 Winter is coming, but that doesn’t stop Thrones! The Musical Parody from rising to sell-out status for the fourth year running! Now with newly updated ‘deaths and sexcapades’ as featured in the seventh series, this side-splittingly funny musical is a perennial crowd-pleaser. It is full of total daftness, laughs and slap-stick wit, so make sure to book ASAP as tickets are likely to sell out faster than the Great Sept of Baelor went up in green flames.

Destined to run smoother than actual Brexit operations, writers Tom Salinsky and Robert Khan nail it again with their new political satire. Imbued with searing wit, Brexit documents the tale of a new Tory PM and his masterful plan for a final Brexit deal – if he can remember what it was in the first place! Showing at the Pleasance Courtyard, expect slick writing and entertainment aplenty.

Those with a penchant for nail-biting psychological thrillers should seek out Coriolanus Vanishes. As the brainchild of the widely respected David Leddy (Last Bordello, Sub Rosa, Susurrus and Long Live Little Knife), this suspenseful drama follows Chris, an imprisoned woman awaiting trial regarding her involvement in three deaths that she can’t quite wrap her head around. Hold on to your wits as Leddy is famous for producing Fringe gold – the kind that will leave you teetering off of your seat.

The Song of Lunch

The Song of Lunch by Costa Award-winner Christopher Reid is a charming drama centred around two sorry souls looking to rekindle lost love in a Soho Italian restaurant. Starring Robert Bathurst from Downton Abbey and Cold Feet and Rebecca Johnson from The Trip and The Flood, a number of amazing animations by Charles Peattie add flair to this already beautiful but bittersweet tragi-comedy.

Sure to be yet another roaring success from esteemed British playwright Penelope Skinner, Meek faces themes of state control, friendship and the power of raw determination head-on while mirroring some major issues impacting society today. The play follows a woman named Irene who becomes imprisoned in a time when freedom of expression is a no-go, and privacy simply doesn’t exist. It’s gripping to the core.