The Best Surfing Spots in Scotland

Thurso Surfing
Enveloped with machine-like Atlantic and North swells, Scotland boasts some of the best surfing spots out there. During prime surf season in autumn and winter, the surfers emerge in their droves to catch the magic of the consistent gnarly waves. Suited to adrenaline junkies, the harsh elements, strong prevailing winds and occasional accompanying floating chunks of ice are not for the faint hearted. But talent never comes easily. Get back on that board and go wild with our Scotland surf guide.

As Scotland’s surf capital, Thurso is a pilgrimage site for serious wave riders. This remote tiny town, which has its roots in agriculture and a nuclear power plant, happens to take the crown for the best right-hand breaking wave in Europe. Its climatic disposition ensures epic uncrowded cold-water waves set to ignite a fire within all thrill seekers. Waves are known to range from 2 to 15 feet, making the Baltic temperatures totally worth it.

Pinching yourself is an inevitability when you first set eyes on Tiree, the most westerly island of the Inner Hebrides. White swathes of dreamy sand form a blanket over its many beaches while glistening waters imbued with dazzling emerald and cerulean hues play host to appealing wind conditions. As one of the UK’s sunniest places, this surf utopia has epic sun hours and warm Gulf Stream waters. Tiree’s positioning creates waves year round from the North Atlantic swell and the Gulf. It didn’t get crowned the ‘Hawaii of the North’ for nothing! 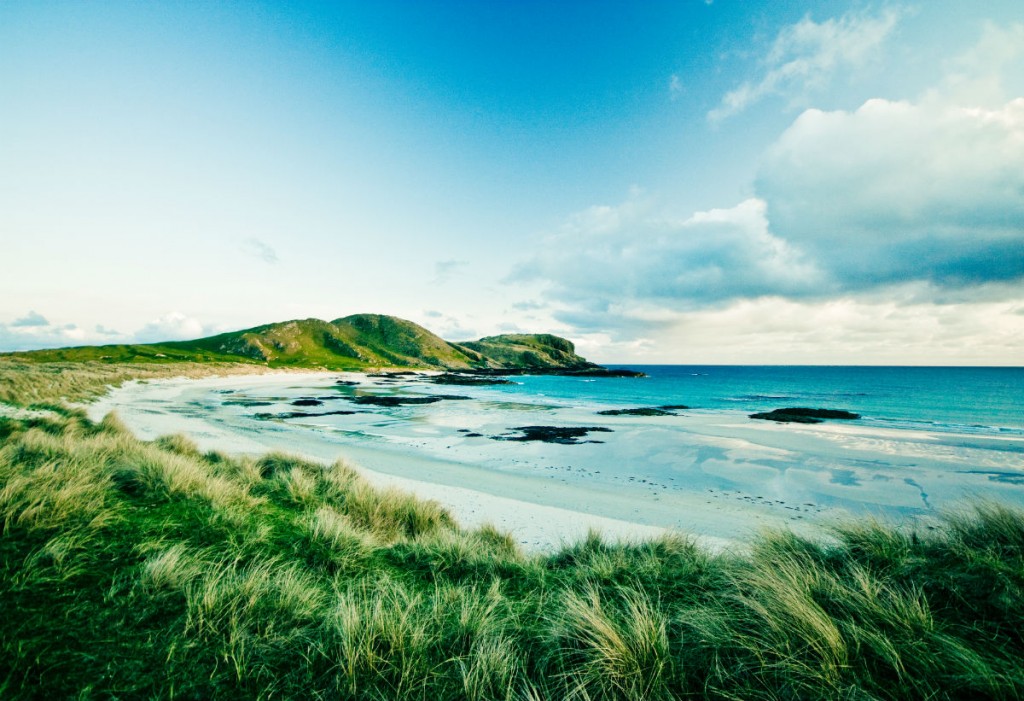 A place of wild paradise, consider Machrihanish Scotland’s little surfing secret. This wee village lends itself to some good-quality waves, with decent rivermouth peaks to help move matters along. The south end is suited to protected surfing, and, if the stars align and the tide cooperates at the northerly Westport Sandbar, surfers won’t want to leave.

Strategically placed close to Machrihanish, West Port Beach is as bonnie as can be with its massive mighty dunes and ever-watchful rough-around-the-edges hills. When the tide decides to show us what she’s made of, falling head over heels is likely, and 8-foot gems are known to roll on in. Those accustomed to beast rip currents can use it to their advantage, but beginners will want to stay alert. 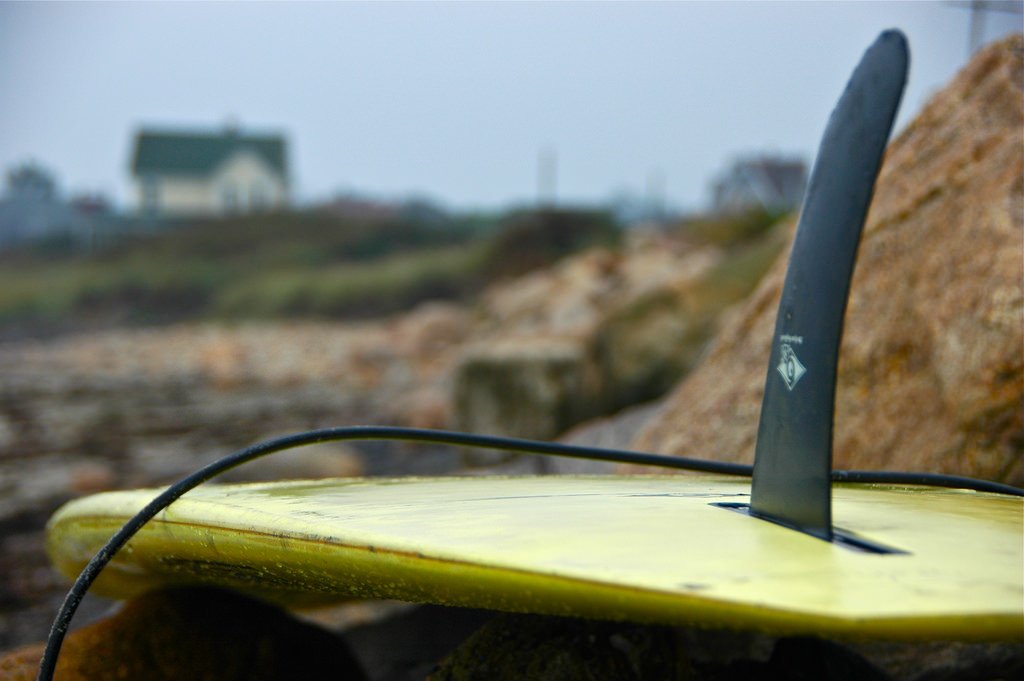 Pease Bay always lives up to its reputation as a fun surfing spot. Located in the Scottish Borders, this area offers some dynamite reef for pros and a decent beach break for all skill levels. Like any great surf spot, when the weather gods seem in a good mood, the waves cry out for some hardcore surf action. 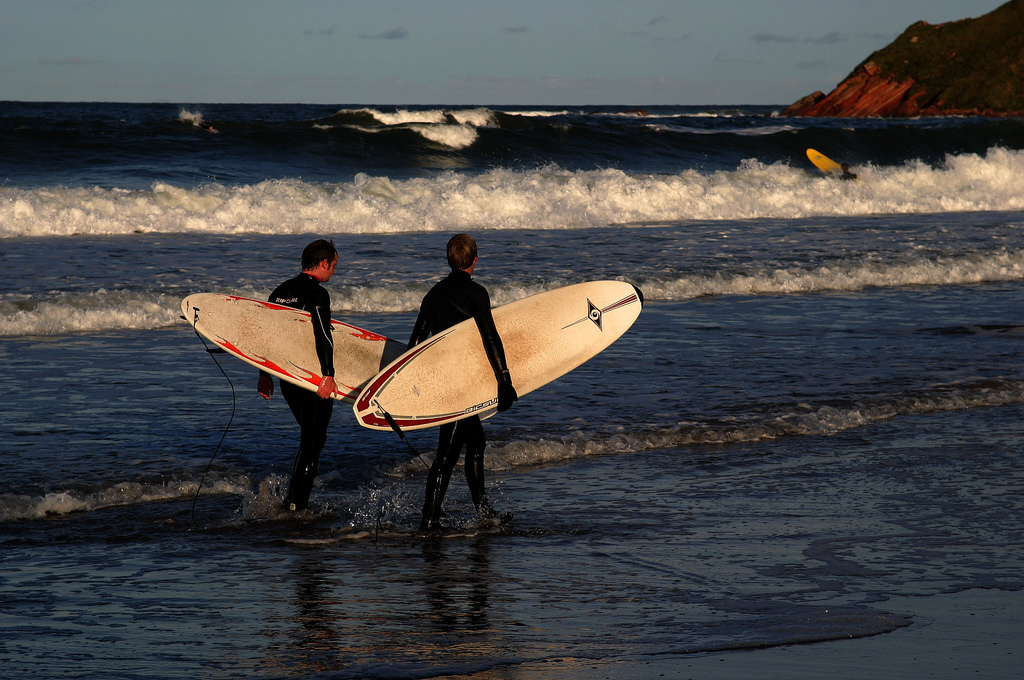 The Isle of Lewis, with its spellbinding waters spanning all shades of blue to its picturesque beaches dusted with wispy white sands, is a cracker of a surfing sanctuary. Stunning swells make up most areas, while Dalmore stands out as the number one place to be, due to its addicting well-formed beachbreak. Caution is key when conditions become rippy and the stakes are upped — leave it to the pros at this point. 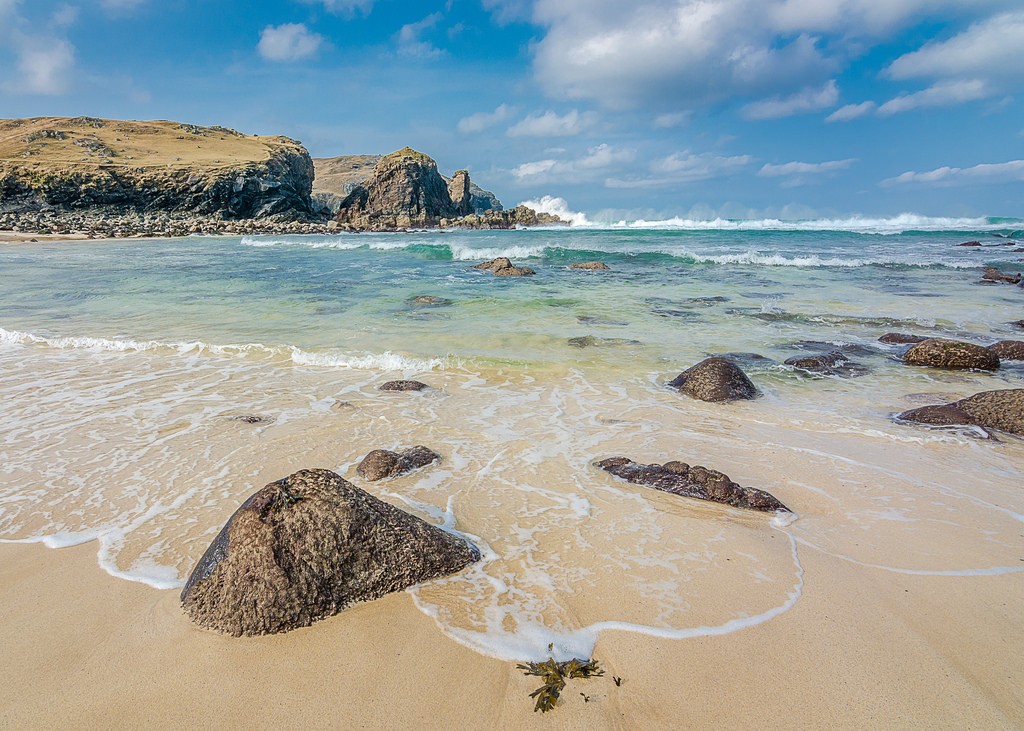 Belhaven Bay near Dunbar is a great retreat when life becomes too much, and you want nothing but just you and those wide open waves. The smooth, flat beach and lack of rocks lend themselves to surfing newbies looking to take to the board for the first time. The shallow water also works in the favour of beginners. Those wanting to dip their toes in the water can hit up Coast to Coast Surf School for surf sessions and kit hire. 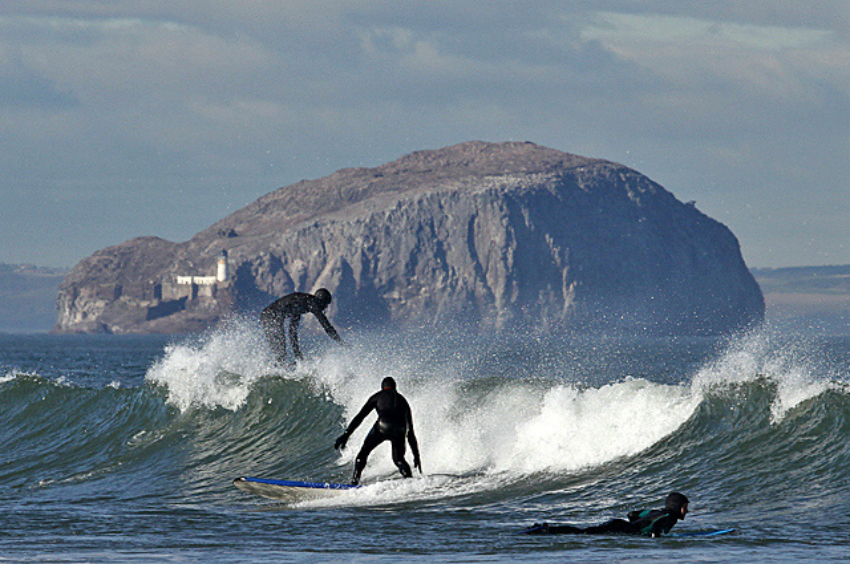