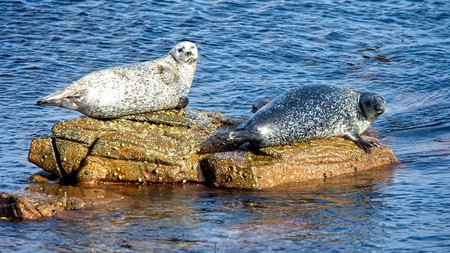 Of the many islands that make up the UK, the vast majority are in Scottish waters, with four principal archipelagos: Shetland, Orkney, the Inner Hebrides, and the Outer Hebrides. Islands are a brilliant for close encounters with wildlife. Here are eight that offer remarkable nature experiences.

Want to make the most of your Scottish Island adventure? Join us on our seven-day trip to the Inner and Outer Hebrides – led by a local insider and packed full of nature-embracing activities.

Rum is located just south of Skye and has a population of less than 30. The Nature Conservancy Council purchased the island in 1957, and Rum has since been a nature reserve and the site of many important studies. The red deer population has been extensively studied and gained fame on the BBC programme Autumnwatch. Rum is also an excellent location to see giant white-tailed sea eagles, which were successfully reintroduced. Take a guided walk, and you’ll likely see otters and seals, and the ranger service often offers educational talks. 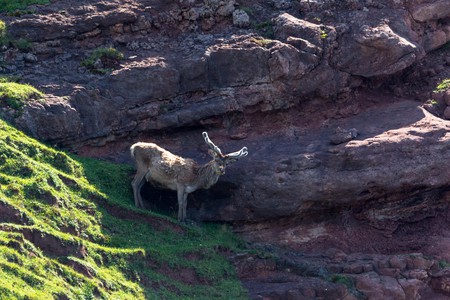 About 10mi (16km) off the Scottish shore sits Ailsa Craig in the Firth of Clyde, between Glasgow and Belfast. Ailsa Craig is the remains of a long extinct volcano, and the rare blue hone granite found here is quarried to make curling stones. The island rises to 338m (1,109ft) and serves as a bird sanctuary on lease to the RSPB. It features an incredible number of seabirds, including 36,000 breeding pairs of gannets. Other species you’ll find include razorbills, guillemot and black guillemot. In recent years, the ever-comical and photogenic puffin has made an excellent recovery. The island can only be reached by boat, but several tours are available.

As the second largest of the Outer Hebrides, the naturally diverse environment of South Uist is home to an array of fascinating habitats and varied wildlife. Loch Druidibeg on the north of the island is an example of the cross-section of habitats. The Atlantic coast, battered by storms and strong winds, is hugged by the incredibly rare machair grassland that has a dazzling array of wildflowers in the summer. Further east is moorland, where the sandy soil switches to peat. Across the island, it’s possible to hear the unique calls of the corncrake and the local hen harrier, both of which are very rare. Golden eagles circle overhead, and peregrines dive on their prey at speeds around 320 kph (200 mph). 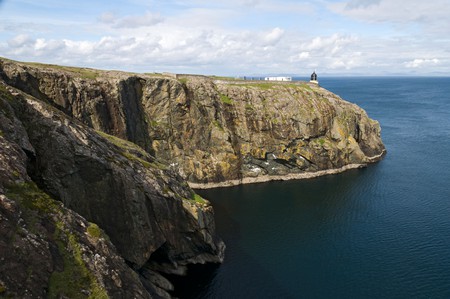 Visitors can reach the island of Mull by ferry from Fort William or from the Ardnamurchan peninsula to the north. The fourth largest of Scotland’s islands, Mull is full of interesting wildlife. In all, there are more than 250 bird species, including white-tailed sea eagles, golden eagles, short-eared owls and hen harriers. The core of Mull is mountainous, and the island has many miles of coastline with several peninsulas, which makes it the perfect habitat for otters and seals. Among the biggest wildlife attractions are the whale watching excursions, during which you might see the minke whale, porpoises, dolphins and the basking shark, which is the second largest fish in the world. 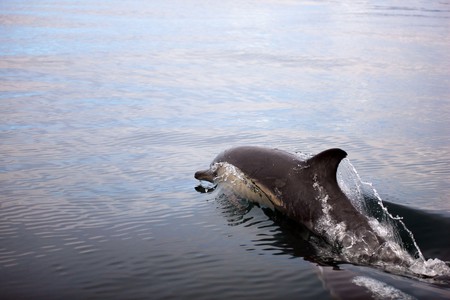 Islay might be well-known for peaty whisky, but it’s also a wildlife haven. Due to its location, the climate is relatively mild, which attracts different species to the more far-flung islands. You’ll find three species of deer here, as well as otters and similar species of cetacean as those found off Mull. Birds on Islay include the corncrake, peregrine, barn owl, hen harrier, golden eagle and the rare chough. In winter, Islay and neighbouring Jura are inundated with an influx of tens of thousands of geese that graze on grass before heading north to the arctic to breed in the spring. This sight of thousands of large birds moving across the fields draws lovers of nature from far afield.

Deeming just one of Orkney’s islands best for seeing wildlife is a hard task, as each is slightly different. However, the northernmost island, North Ronaldsay, is famous among lovers of nature. Visitors will find the North Ronaldsay sheep that survive mostly on seaweed and are kept on shore by a stone wall. Yet it is the island’s position on the migratory route of many bird species that makes it a popular wildlife attraction. During the autumn and spring, the island is considered one of the best places in Europe to see rare species. Those who take birdwatching seriously have been known to charter planes to see new and rare arrivals. North Ronaldsay is home to a healthy population of hen harrier, short-eared owls and the corncrake.

As far north as you can go in the UK, the Shetland islands often feel more a part of Scandinavia. Similar to Orkney, they are windswept and thrashed by extreme storms, yet they are home to some remarkable wildlife. Visitors often spot orca and seals, but this is also considered among the best places in the UK to see otters, especially on the island of Yell. Birdlife is rich with several specialities, such as the storm petrel, which nests on Mousa in an Iron Age broch, and the 50,000 puffins that nest in the Hermaness National Nature Reserve on Unst. The cliffs at Noss are home to 160,000 seabirds, and visitors will also find arctic hare as they turn white in winter. 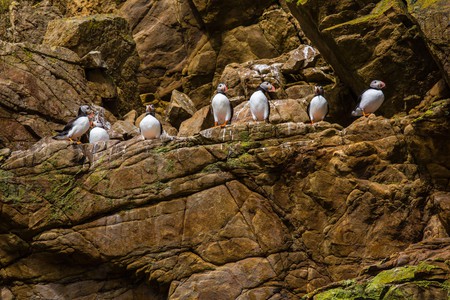 St Kilda, situated far into Atlantic Ocean, is one of few places awarded dual Unesco World Heritage status for natural and cultural heritage. The last 36 islanders were evacuated in 1930, and access to the islands is carefully managed, as any accidental species introduction could have devastating effects. Rising up from the waters like jagged shark teeth, the tall cliffs of St Kilda are home to the largest colony of gannets in the world, as well as other seabird species, such as puffin and guillemot. There are also other lesser known populations, including the unique (and very friendly) field mouse and the St Kilda wren. A boat tour here takes time, but the effort is truly worth it. 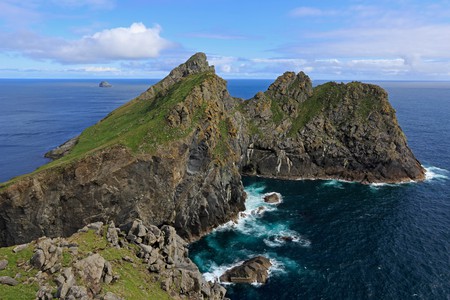 View of The Dun from Ruaival on Hirta St Kilda. | © Philip Mugridge / Alamy Stock Photo
Give us feedback