The Best Picnic Spots In Edinburgh

© Michell Zappa/Flickr
Edinburgh happens to be as good a spot as any for a picnic. And yes, this means come rain, shine, snow, hail and obscene winds — sometimes simultaneously. Let’s just say it adds a whole new layer to an already enjoyable snacking experience. So grab that quintessential red and white blanket, stock up on supplies, invest in some gripping literature (why not go all out) and choose from our list of the best picnic spots in Edinburgh. Cinematic views guaranteed.

Natural Feature
© susanpoupard / Stockimo / Alamy Stock Photo
Star in your own film and escape for a picnic in the Pentlands. Rolling hills, picture-perfect streams and views worth knowing about make this an ideal spot to throw down that checkered blanket and soak up the serenity. Adventure junkies will see this as an exploration opportunity, which may or may not cut into valuable eating time. Budding romanticists, on the other hand, will see this as a blissfully remote location. Strategically placed at the foot of the Pentlands is The Secret Herb Garden. This herb nursery hosts a café filled with produce harvested on site, along with various jams, chutneys and jellies.
More Info
Open In Google Maps
West Linton, Scotland, EH46 7HL, United Kingdom
View menu
Visit website
Visit Facebook page
Send an Email
Give us feedback

Those faced with a reasonable conundrum — a burning desire for a magnetic vista without the exhausting mountain hike to accompany it — will thank Calton Hill a million times over. What starts as a ridiculously brief walk to the top results in arguably one of the most hypnotic views of the city. Not to mention the hill’s many monuments (including the National Monument, Nelson Monument, and Robert Burns Monument), along with its status as a former jail, which make for ideal conversation starters. If Saturday seems like a grand day for picnicking, then swing by the Tram Stop Market near the Manuscript Of Monte Cassino sculpture. This local market will have every type of meat, bread, cheese, confectionary item, and booze option imaginable.

Arthur’s Seat may be a predictable choice and yet, it still never ceases to enrapture the people who walk it. Every time something new arises, whether it’s an added entity in the skyline or an uncharted route graced with new but equally astounding views. If lugging a picnic to the top doesn’t sound like too much of a headache, the vision of the city (and beyond) will erase all images of arduous power walking. That, and some surprisingly delicious Scottish BBQ from Reekie’s Smokehouse. Perfectly placed nearby, this family-run eatery is a winner in the meat, coffee, beer and cake game. Quick and easy, consider this a wonderfully spontaneous kind of Scottish picnic experience — no fuss, no frills — just good food and views. 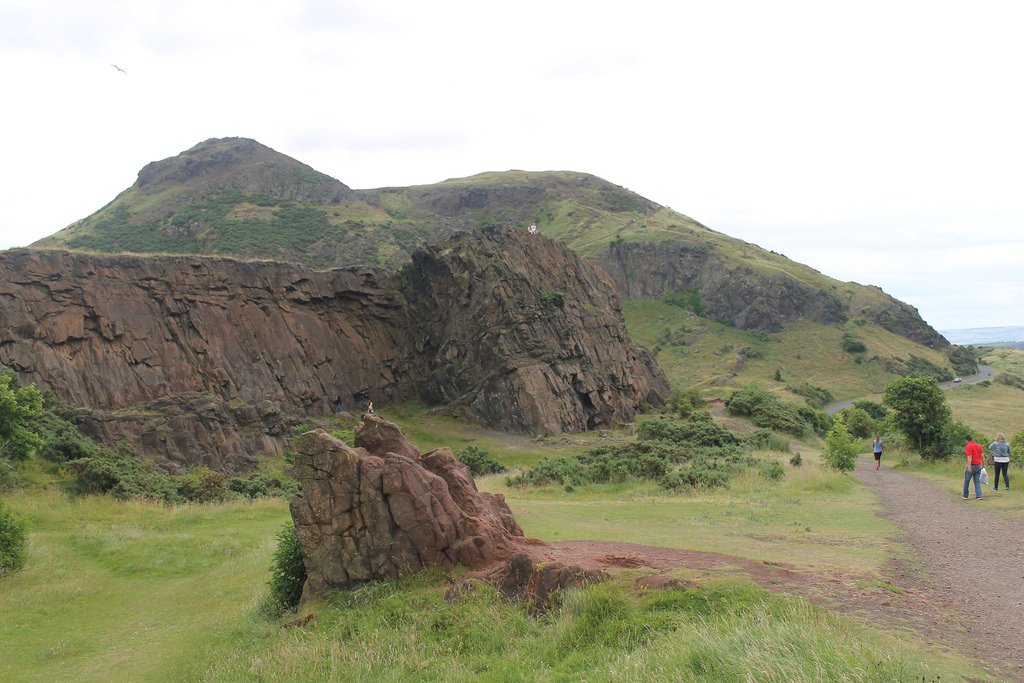 The Royal Botanic Garden, with its many plants and fairytale shrubberies, is a fail-safe picnic destination. Even in times of rain, the way the droplets sparkle on the leaves are a photographer’s dream. If the wonderful eateries within the Botanics don’t quite fulfill all picnic desires, then The Blue Bear is your place. From tray bakes and hot rolls to French toast, bagels and waffles, shake things up a little and have a picnic breakfast for a late afternoon snack. Those who preach all things savoury can opt for the tasty soups, sandwiches, and salads. 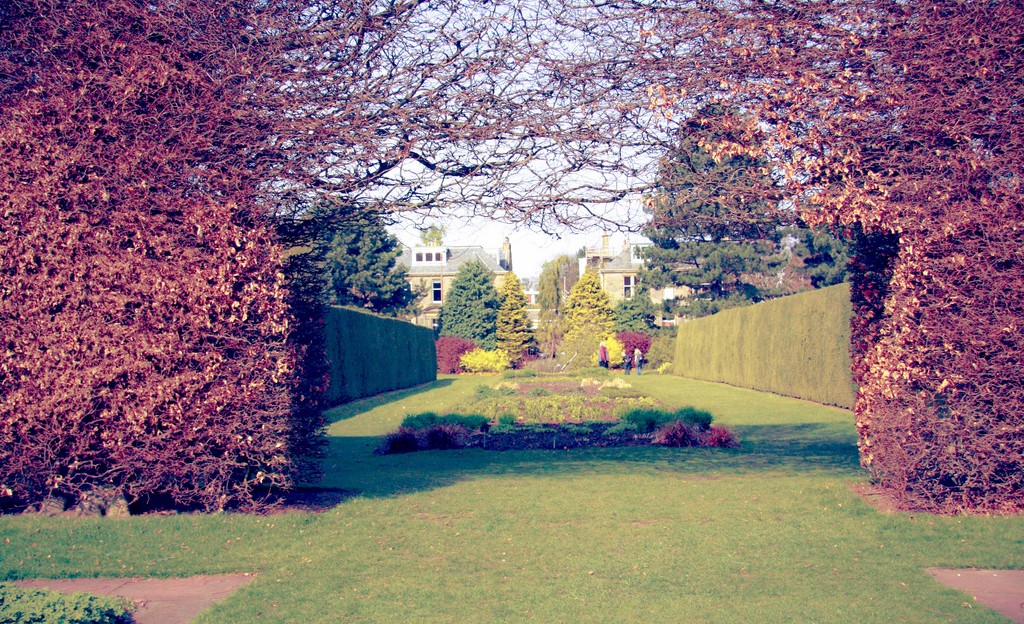 Park
Inverleith Park | © Jenni Douglas/Flickr
Inverleith Park was made for picnics. Meticulously manicured grassy parkland, lovely trees, and a resplendent sundial garden all add to the appeal. Once more, those looking to congregate in large groups, toss a ball about, meander over the quaint wooden bridge, or explore surrounding flora and fauna, will be in their element. Such a prime spot demands a perfect picnic — find I.J. Mellis Cheesemonger, grab some deli meat from Valvona & Crolla (and wine for later), before making a pit stop at Mademoiselle Macaron (the Hendrick’s Gin and Scottish Whammy will go down a treat).
More Info
Open In Google Maps
Inverleith Park Arboretum Place, Edinburgh, Scotland, EH3 5NY, United Kingdom
View menu
Visit website
Visit Facebook page
Send an Email
Give us feedback

Admittedly, there are times when a picnic in the park just won’t suffice. Those with a ‘get up and go’ mentality should look no further than the Lammermuir Hills. Far enough from Edinburgh to feel exhilarating but close enough of a drive, these ample hills are home to many a grouse and herds of sheep. The best part is the otherworldly heather. Whether during summer, when the heather is a vibrant punchy purple, or after it’s burned and the tones shift to soothing browns, there’s something so liberating about lying on the cushiony bushy terrain staring at the open sky. As far as the food part, swing by The Loft in Haddington. Devouring the exquisite light bites before reaching the Lammermuirs will be a challenge. 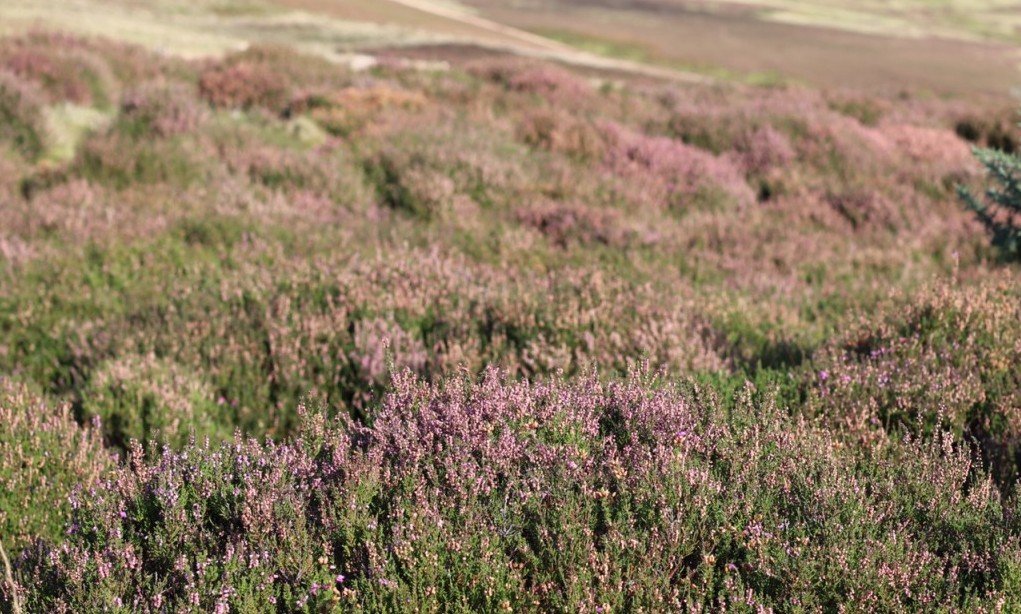 The Heather Of The Lammermuir Hills | Courtesy Of Tori Chalmers

Entering into Wonderland never gets old. As one of Edinburgh’s many secret gardens, Dunbar’s Close is a hideaway suited for snacking and relaxing. Ideal for those seeking a moment’s respite, two positives stand out — the insanely central location (just off the Royal Mile) and the beautiful aesthetics. The gardens of Dunbar’s Close also happen to be a stone’s throw away from Oink, a dangerously delicious hog roast takeaway on Victoria Street. The cherry on top is Bains Retro Sweets, a welcomed blast from the past. 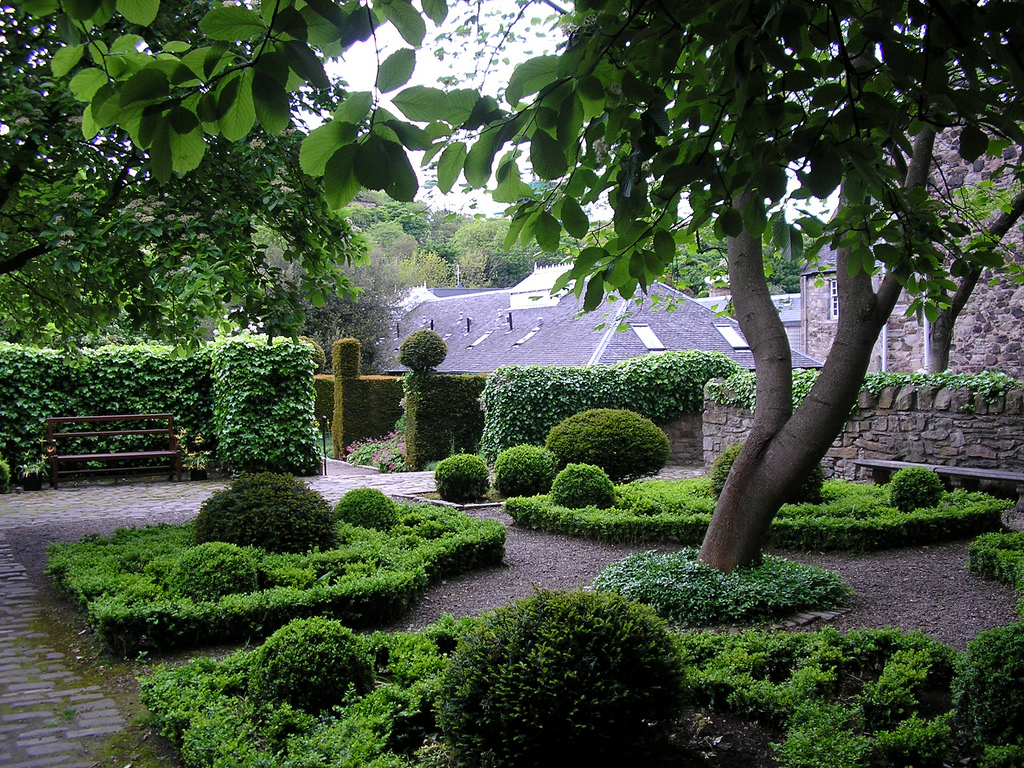