The Best Local Butchers in Edinburgh

Scotland, with its lush land and award-winning beasts, is a prime spot for high quality meats. Whether sourcing the best steak in town or on a mission to shop local, Edinburgh has you covered, and then some. Read our round-up and enjoy a taste of the best butchers in Scotland’s capital.

Butcher, European
Findlay’s Of Portobello | © WikiCommons
Findlay’s Of Portobello is everything you could ever need and want in a local butchers shop. Mr Findlay makes it a priority to personally check and source the free-range cattle himself. This independent family business has a loyal following of meat enthusiasts who continually rave about the fine quality vuts and exceptional service. Situated in Portobello, Findlay’s awards accumulate by the day. Unsurprisingly, this independent butchers has been featured on TV in Rick Stein’s Food Heroes and Ainsley Harriot’s 50 Things To Eat Before You Die. They also supply meats to esteemed establishments like The Witchery and London’s Grosvenor Hotel. Although everything is utterly delicious, the multi award-winning haggis, black pudding, bacon and sausages are simply unsurpassable!
More Info
Open In Google Maps
116 Portobello High Street, Portobello Edinburgh, Scotland, EH15 1AL, United Kingdom
+441316694559
View menu
Visit website
Visit Facebook page
Send an Email
Give us feedback

Butcher, European
Butcher Window | © Pixabay
When Alex Crombie became a business owner in 1955 and set up Crombies Of Edinburgh, Edinburgh became a better place. His slogan ‘you can live without Crombie’s sausages, but what a life’ still reigns true today. The sausages — including the ever-so-popular Six Nations and 40-plus other gourmet varieties — are the best in town. This multi award-winning, family-run butchers is synonymous with high quality meats, a gorgeous store and excellent service. It’s always a win-win.
More Info
Open In Google Maps
97 Broughton Street, Edinburgh, Scotland, EH1 3RZ, United Kingdom
+441315570111
View menu
Visit website
Visit Facebook page
Send an Email
Give us feedback

A tried and true local landmark, Saunderson’s family butcher has been going strong since 1958. Situated near the King’s Theatre at Tollcross, Saunderson’s has that family feel the moment you walk in. Those looking for farm to table food are in for a treat — you know the exact roots of the meat. The Scotch beef, which always come from young heifers, is sourced from Harrison & Hetherington Auction Mart in Newton St Boswells, whereas Tom Wilkinson’s Woodfoot farm, also in the Borders, provides the free-range pigs. The Scotch lamb is just as good as the other meats too. 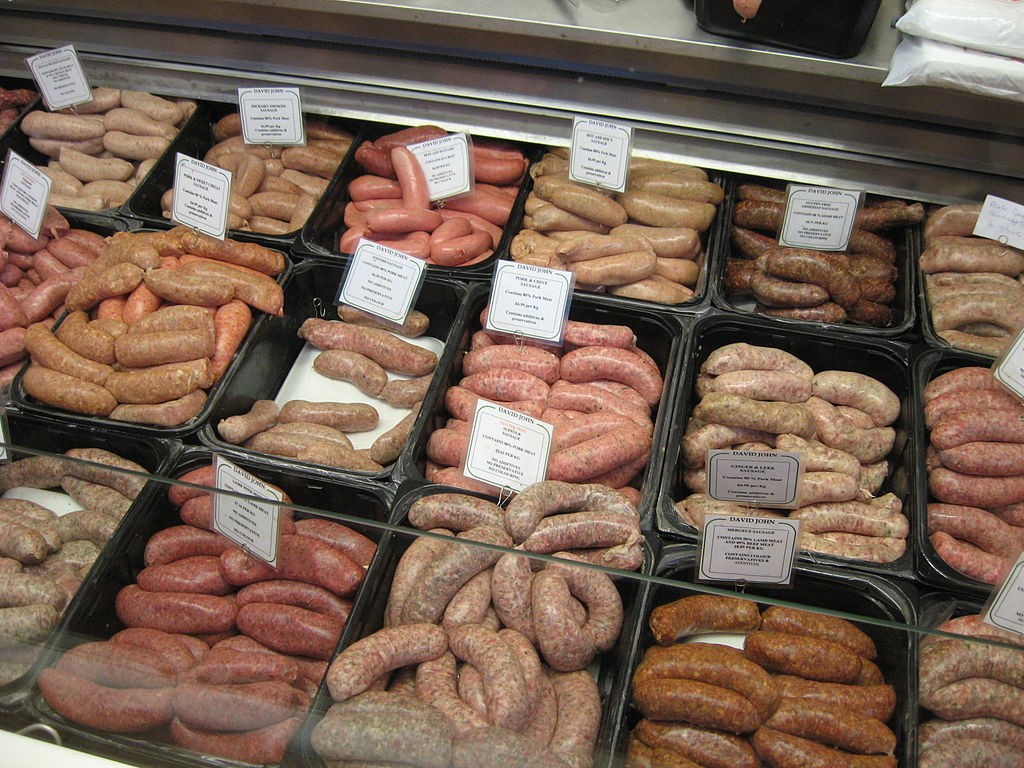 Butcher, European
Butchers | © Holiday Gems/Flickr
Situated in the Bruntsfield area, William Christie is an old school butcher with charm and damn good meat. Another family-run affair, the slightly dearer price tag is worth the quality. One look at the window — which is decked out to the nines with every kind of meat imaginable — and you’re sold! Worth considering when craving a Sunday roast or steak pie, this butcher, like all the great Edinburgh butchers, prides itself on meat that’s locally sourced.
More Info
Open In Google Maps
186 Bruntsfield Place, Edinburgh, Scotland, EH10 4DF, United Kingdom
+441312293807
View menu
Visit website
Visit Facebook page
Send an Email
Give us feedback

Butcher, Cafe, Farm Shop, European, $$$
Gosford Bothy Shop | © Jim Barton/Geograph
A wildcard but so worth the brief scenic drive out to East Lothian, The Bothy within the picturesque Gosford Estate can only be described as the gem of all gems. This independent butcher attracts herds of meat lovers from all over, partly because of the attached café, wee shop and beyond charming grounds. The star of the show, however, is the free-range woodland wild boar farmed by Robert Webster and Craig Johnstone on site. Nowhere else will you find fresher free-range chicken and organic eggs, all raised on the Estate. The tempting stock of seasonal veg, local bread and tasty biscuits are a day-maker and the burgers are so delicious, you genuinely don’t even need to season them!
More Info
Open In Google Maps
Longniddry, EH32 0RG, United Kingdom
+441875871234
View menu
Visit website
Visit Facebook page
Send an Email
Give us feedback
Mon - Sun:
9:30 am - 5:00 pm
Give us feedback