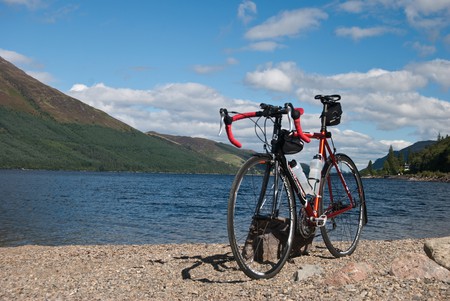 Inverness and the surrounding area offers ideal cycling opportunities. From relatively easy rides on the flat to challenging mountainous terrain, single-tracks to downhill, point to point to loops — they can all be found locally. The city is also well supplied with places to hire bikes and equipment, should you need to. Here are five different road routes to try, with added ideas for off-road mountain biking.

Heading north out of Inverness, cross the Kessock Bridge and turn left, leaving the busy A9 for much quieter roads. Head through North Kessock, then under the A9, following the road north beside the Black Isle Wildlife Park to Munlochy. This is where the clockwise loop of the Black Isle begins, following quiet lanes and country roads through delightfully named places, such as Culbokie, Cullicudden, Jemimaville, Cromarty, Navity, Rosemarkie, Fortrose and Avoch, before reaching Munlochy once more. There are a few hills on this route, and plenty of picture-perfect spots to pause and refuel. Combine a ride with a visit to Hugh Miller’s Cottage, or maybe to the Clootie well. In total this ride is around 50 miles long. 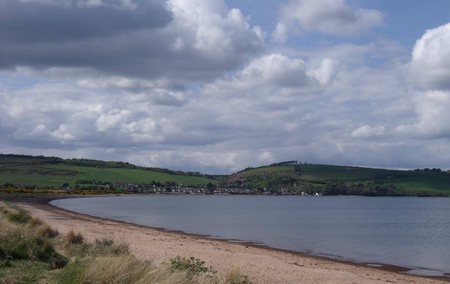 By following the south side of Loch Ness the cyclist avoids the busy A82 road. Instead, follow the much less busy B852 along the shore of the loch. Keep your eyes open for any monster activity, and head along until Inverfarigaig, where you turn left up the hill to Errogie. An alternative is to continue along the B852 a little further to Foyers. On the way back to Inverness you follow the B862 back to Inverness. There are different options here, with a left turn down to the Dores Inn for food, or continuing via Essich. A shorter version of this route is also possible, by turning left at Dores on the way out from Inverness, then looping back via Essich. A longer version, all the way to Fort William, follows the Great Glen Way. 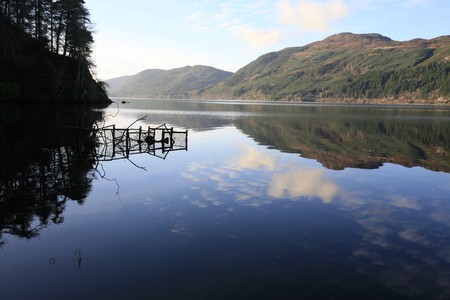 This is a 15 mile route with minimal traffic — unless you include the boats you pass on the way. Start by following the signs for the Great Glen Way, then turn on to the tow path to Dochgarroch. As you can imagine, following the canal and river means the route is easy-going and flat. The Oakwood restaurant at Dochgarroch is a good spot for lunch, and is located where the route turns back to Inverness. The Clachnaharry Inn at the end of the ride offers another ideal stop for refreshments, and also for looking out the Beauly Firth, where the canal meets the sea. 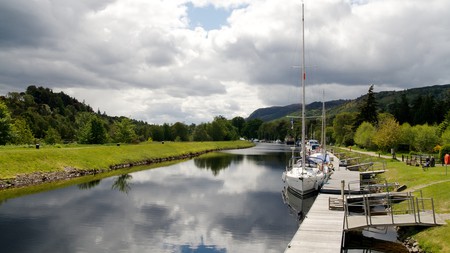 For those who wish to break up a day’s cycling with some sightseeing, this is an excellent option. The initial climb out of Inverness, past the hospital and towards Culloden Moor will wake you up, but it’s always good to know the return journey will mostly be downhill. From the top of the climb, before turning right towards Nairnside, take a moment to admire the view out across the Moray Firth, then continue along the quiet roads past the railway and to the cairns. As well as the Bronze Age cemetery itself, there is a great view of the huge Culloden viaduct, carrying the railway across the valley. Continue along the B9006 to Culloden and the excellent visitor centre, before deciding whether to return to Inverness, or carry on to Cawdor Castle. It is even possible to extend this route to Nairn, simply by following the river. 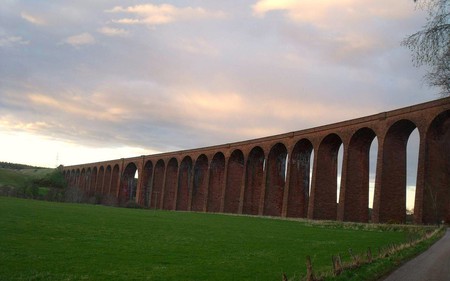 If you are a serious road biker, then it is likely you have already heard about the North Coast 500. Launched in 2015, the route starts and ends at Inverness Castle. You choose which direction you would like to travel — clockwise, out to the west coast via Applecross and the famous Bealach na Bà, or Pass of the Cattle, on to Ullapool, Durness, Thurso, John o’Groats, Wick, Dingwall, Muir of Ord and back to Inverness — or simply head in the opposite direction, following the east coast first. This is not an easy ride, with weather conditions potentially making it even harder, but the 516-mile route does pass through jaw-dropping scenery and takes in some of the best views available in Scotland, if not further afield. Although the current record for cycling the route stands at 31 hours and 23 minutes, it is recommended you take substantially longer than that! 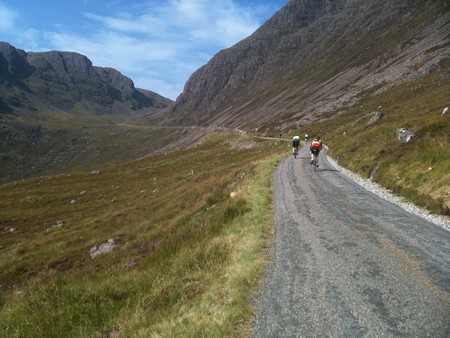 Being situated at the heart of the Highlands, Inverness is ideally suited for the mountain biking enthusiast. There are thousands of miles of trails to choose from. The Forestry Commission Scotland has excellent guides to the options available, including Learnie Red Rocks, which features 10 miles of single-track graded routes, a jump park and forest roads. Balblair has both blue and black graded routes, and Laggan Wolftrax, south of Inverness near Aviemore, has a black run that is often rated the most technical descent in Scotland. Highland Wildcat near Golspie offers three different trail levels. An important safety note when mountain biking through forestry land is to always be aware of any tree-felling warnings in place, and avoid that area when this is under way. 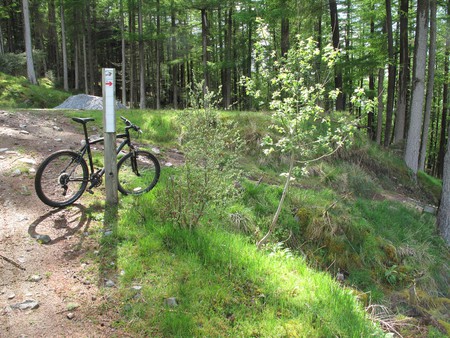