The Most Beautiful Castles in Scotland 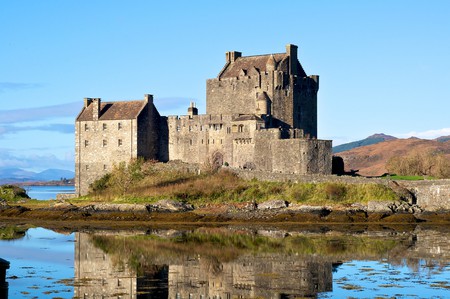 With 3,000 stately homes, castles and ruins throughout Scotland, choosing which ones to visit can be difficult. From the fortress dominating the Edinburgh skyline to the structures perched on the shores of the Isle of Skye, here are some of the Scottish castle highlights that are not to be missed.

Edinburgh’s, if not Scotland’s, most visited attraction, Edinburgh Castle is perched on top of Castle Rock, looming over the Royal Mile, the main thoroughfare of the Old Town. The location of the National War Museum, a chapel, the famous one o’clock gun, as well as the Scottish crown jewels and the Scottish Stone of Destiny, Edinburgh Castle is a historical site not to be missed by any visitor to Edinburgh. Recent research has revealed Edinburgh Castle as having been one of the most besieged places in the world, and with the birds-eye view of the city from atop its walls, it’s not hard to see why.

On the northwest shore of the Isle of Skye lies what is believed to be the longest continuously inhabited castle by one family in Scotland. Still owned and operated by the MacLeod Clan through its 30th chief Hugh MacLeod, as it has been for the last 800 years, Dunvegan Castle is a historic, as well as a beautiful, destination. With 42,000 acres of grounds, this castle is open to the public from April through October every year. Perched on the shores of Loch MacLeod, the castle is an imposing structure on the landscape; inside, the building has a fine display of relics, medals and antique furniture. Alternative, you can take a boat trip on the loch and spot the grey seals that live there, or walk through the impressive gardens. 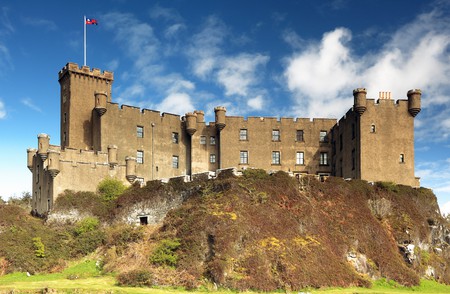 Situated in a 50,000 acre estate is Balmoral Castle in Aberdeenshire. Bought by the royal family in 1852, the castle is their Scottish residence, but is open to the public in various capacities throughout the year (the only room inside the castle open to the public is the ballroom). It is generally closed from August to October, as the Queen is in residence at this time. Balmoral Castle is a working estate, with farmland and forestry, where herds of highland cattle and deer are managed. Situated within the Cairngorms National Park, the castle’s main attraction remains its exterior; a well-kept, fairy-tale castle building, Balmoral also has extensive gardens, including a water garden and a kitchen garden, as well as being enveloped in spectacular Scottish highland scenery.
Balmoral Estates, Ballater, Aberdeenshire, UK, +44 133 974 2534

Cawdor Castle is perhaps the most famous because of its connection to the William Shakespeare tragedy, Macbeth. However, Shakespeare’s account of Macbeth’s crowning as the Thane of Cawdor was pure fiction; the castle was actually built hundreds of years after the play was set. The current home of the Dowager Duchess of Cawdor, the castle is now open to the public during parts of the year. Visitors can see impressive, lived-in interiors and have access to historical rooms such as the old kitchen, a bedroom, dining and drawing room. Cawdor Castle was curiously built around a holly tree by the Thane of Cawdor in the 15th century, and today boasts a large collection of furniture, portraits, three gardens, and a golf course. 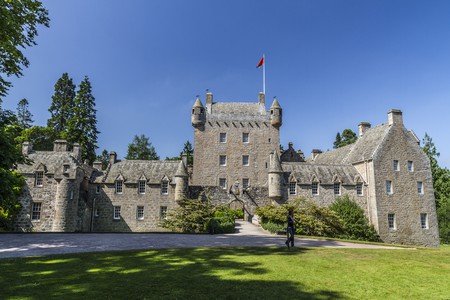 Culzean Castle, may look strangely familiar upon arrival, having been featured on the back of the Scottish five-pound note since 1987. This castle, owned by the National Trust of Scotland is dramatically situated atop a cliff, surrounded by the Culzean Country Gardens, and was previously owned by Clan Kennedy and rebuilt as a fine country home in the late 18th century by Robert Adams. Thus, it has a more elaborate exterior than other similar buildings across Scotland. Culzean Castle overlooks the Firth of Clyde and displays numerous rooms to the public, along with its extensive grounds. The castle’s top floor apartment was presented to Dwight D. Eisenhower, the 34th President of the United States, as a recognition of his efforts during the Second World War. Today, you can stay in these apartments as a paying customer; that is, if you aren’t afraid of the seven ghosts that reportedly live within the castle walls.
Culzean Castle, Maybole, UK, +44 1655 884455

A must-see on any tour through the highlands, Eilean Donan is widely mentioned as one of the most photographed monuments in all of Scotland (and also has more celluloid appearances than any other castle). Idyllically situated where the three lochs Duich, Long and Alsh meet, the tidal island upon which this structure rests is connected to the mainland by a single bridge. The castle is believed to take its name after the Celtic martyr Donnán of Eigg, who died in 617 and the building was constructed in the 13th century. The castle was a stronghold for Clans MacKenzie and MacRae, until it was partially destroyed in the Jacobite rising. Eilean Donan was rebuilt in the 20th century and opened to the public in 1932.

Aberdeenshire remains the place in the United Kingdom with the highest density of castles, ruins and stately homes; the count is over 300. Follow the designated castle trail, and you will encounter Craigievar Castle, located in the picturesque countryside. With pink-tinted stone and a more atypical fairytale style, this castle is a truly magnificent sight. Completed some time in the 17th century, Craigievar was the residence of the Forbes family until 1963, when it was given to the National Trust of Scotland. The recently restored castle sits between the rolling Aberdeen hills and boasts a large collection of family portraits, original plaster ceilings, Jacobean woodwork and antique furniture.
Craigievar, Alford, Aberdeen, UK, +44 133 988 3635