The Alternative Guide To Scotland: 10 Unusual Things To Do

Glasgow Tower | © Patrick Metzdorf/Flickr
Scotland, with its abundance of historic castles, whisky distilleries and tartan mills is the kind of place that gives a glint in your eye. And yet, there is so much more waiting to be discovered. From fairy kingdoms and pineapple houses, to otherworldly Ecopods and questionable puppet collections, there are countless surprises in store. For days that demand adventure, explore our alternative guide to Scotland with the most unusual things to do.

Search For Fairies At The Fairy Pools Of Skye

Skye, with its cinematic landscape, famous mountains and immense beauty is one of the most beloved islands of Scotland. What’s more, fairies are said to inhabit it. Ambiguous and elusive, these wee fairy folk frequent the Fairy Pools on the River Brittle at the base of the Black Cuillin. Frightfully cold and clear as can be, these natural pools are captivating and almost medicinal in nature, and walking to find them is almost as fun as frolicking in the magical water. 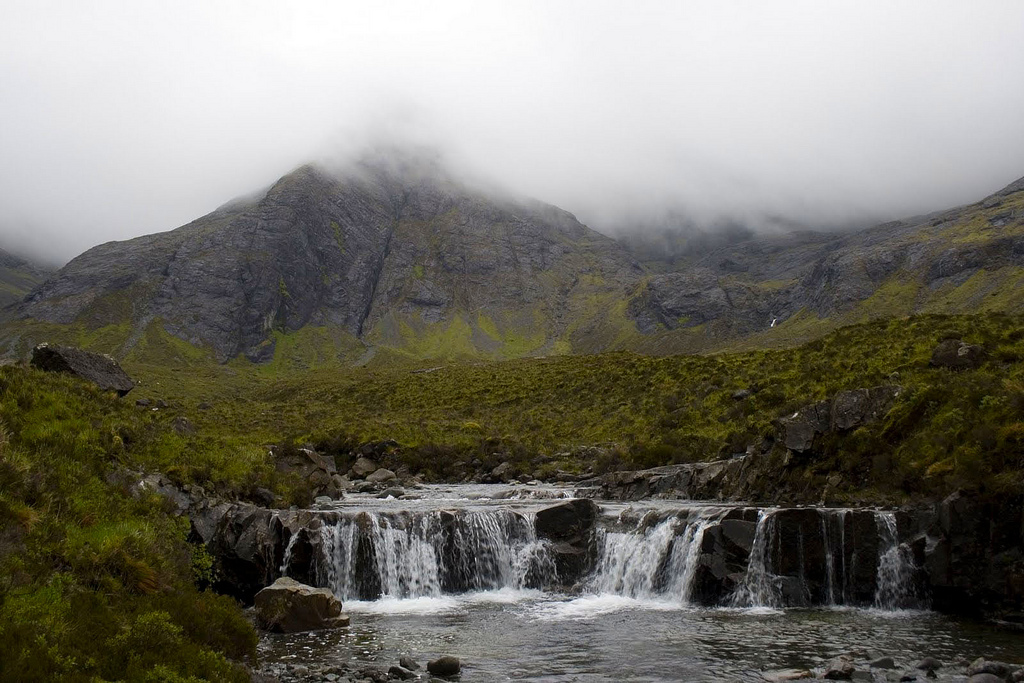 Decipher The Depths Of The Iconic Fingal’s Cave

The kind of place akin to the wildest of drifting dreams, Fingal’s Cave, with its resonating harmonious tones and hexagonally jointed basalt columns, exceeds all expectations. Undeniably stunning, this sea cave awaits on the uninhabited island of Staffa. Its mysterious sounds and natural acoustics inspired romantic composer Felix Mendelssohn’s The Hebrides, Op. 26 or Fingal’s Cave Overture, which in turn made the cave a magnet for tourists in the 19th century. Subsequently, author Jules Verne, poets William Wordsworth and John Keats, prolific Romantic artist J.M.W. Turner, Queen Victoria, Sir Walter Scott and Pink Floyd all shared a mutual adoration for this wonder. 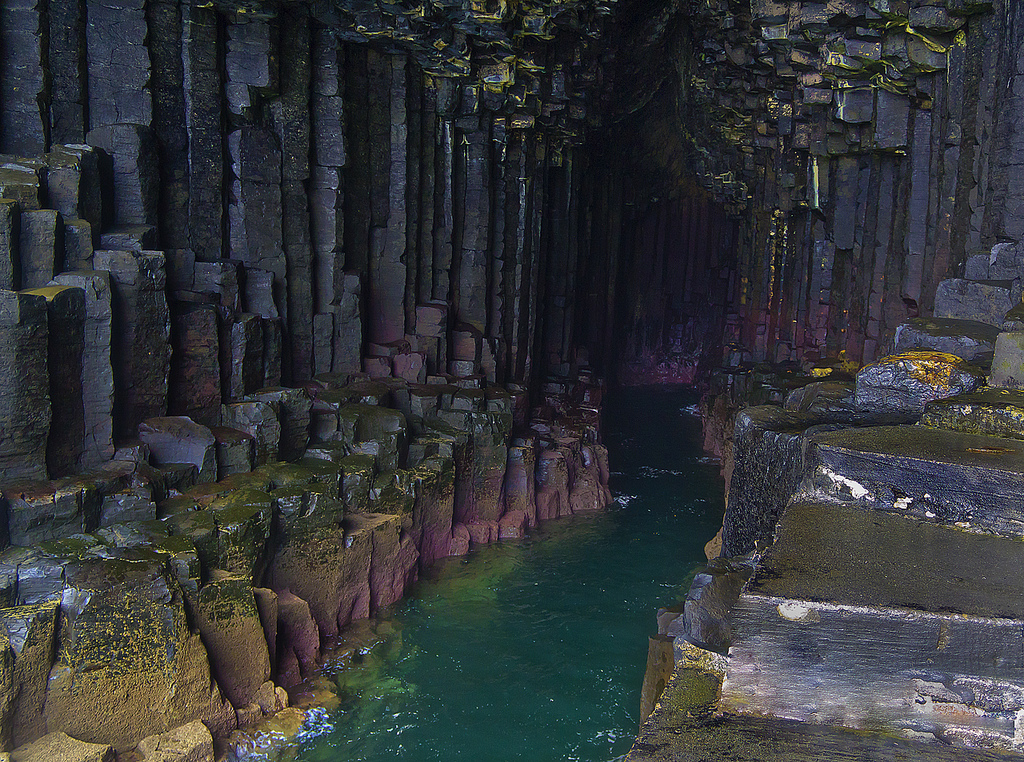 Solve The Mystery Of The Dog Suicide Bridge

Although not a pleasant thought in the slightest, the fact remains that Overtoun Bridge, located near Dumbarton, has witnessed many a dog death. The question is – why? The three-arch bridge, which was completed in 1895 by civil engineer H.E. Milner, has sparked perpetual speculation since the 1950s due to the number of canines falling to their death. At a rate of approximately one dog per year, investigations suggest that it may be due to alluring smells. Then again, no definitive answer has ever appeared. Animal lovers with a nose for puzzles may take it upon themselves to solve the mystery. 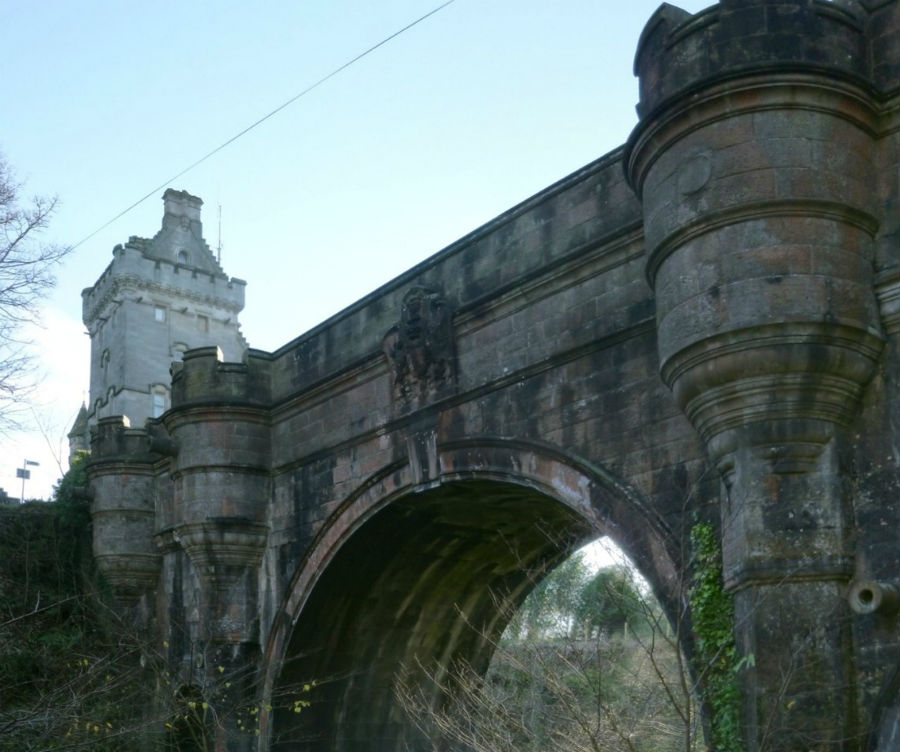 Put Your Feet Up And Move Into Bobby’s Bus Shelter

Leave it up to the Scots to transform a bus shelter into a sitting room! Situated close to the village of Baltasound on Unst, Shetland, the Unst Bus Shelter is a waiting place akin to a Dr. Seuss book. Maintained by the Shetland Islands Council, this famous shelter is nicknamed ‘Bobby’s Bus Shelter’ in honour of Bobby Macaulay, a wee boy who once cycled to the shelter each morning before catching the bus. Bobby wrote a letter to the council explaining that he kept his bike there after hearing the shelter might be demolished. In good spirits, the council kept the shelter and decked it out with a sofa and TV, amongst other creature comforts. It is frequently redecorated! 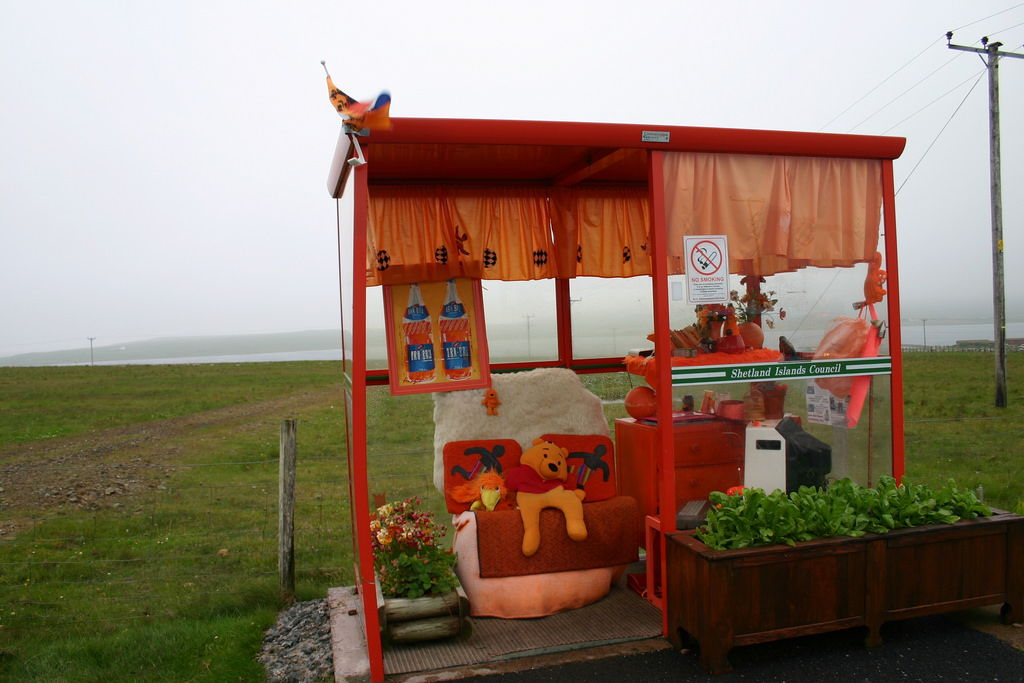 Straight out of the Queen of Heart’s garden, the Meikleour Beech Hedge isn’t just any old hedge. It is, according to the Guinness World Records, the tallest and longest hedge in the world. This giant is 30 metres high and 530 metres or 1/3 mile long. Trimmed and manicured to perfection every ten years, visitors can come and marvel as they wish. Planted on Meikleour Estate, Perth and Kinross, in 1745 by Jean Mercer and her husband, the hedge is described as growing towards the heavens in honour of the men that planted it, following their death at the Battle of Culloden. 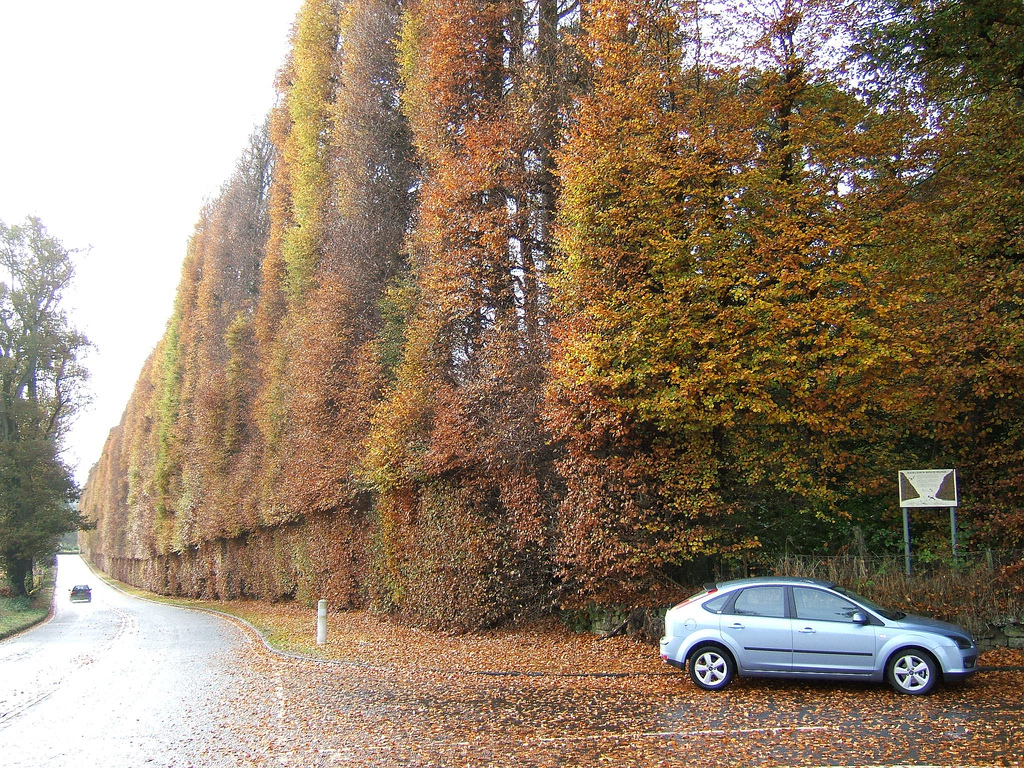 Pontificate Over The Garden Of Cosmic Speculation

If the name isn’t enough of a lure, then surely the sheer otherworldliness of the Garden of Cosmic Speculation will suffice. The masterpiece of landscape architect and theorist Charles Jencks, this 30-acre sculpture garden resembles a map of the imagination. Located at his home, Portrack House near Dumfries, this utopia displays thought-provoking aesthetics like artificial symmetry and curves, while setting mathematical formulae and scientific phenomena. With mathematics, science and contemporary cosmology serving as major inspirations, it’s no surprise that themes of Black Holes and Fractals reign free. 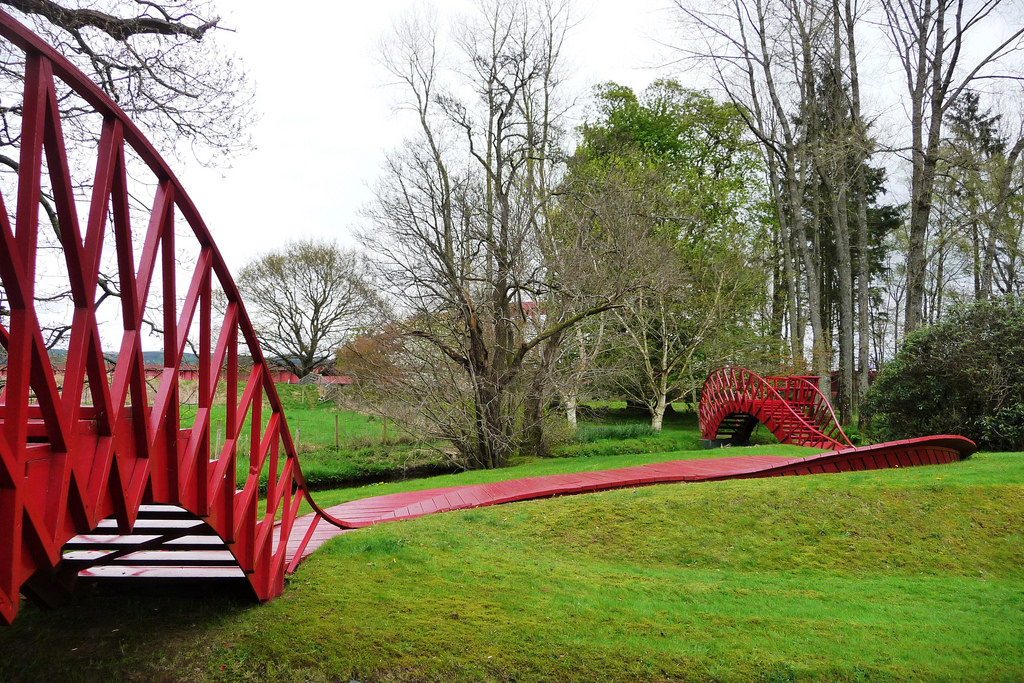 Stay In A Pineapple House

Fantastically fruity and eccentric to the core, the Dunmore Pineapple is one of Scotland’s more unusual properties. Situated in Dunmore Park in Stirlingshire, this pineapple pad was built for the 4th Earl of Dunmore, John Murray, in 1761. He made living in a pineapple cool way before SpongeBob. A symbol of hospitality, wealth and power back in the day, the pineapple became a reccurring motif used by craftsmen and artisans alike. The most impressive architectural rendering of this fruit, the Dunmore Pineapple is available to rent as a holiday home. 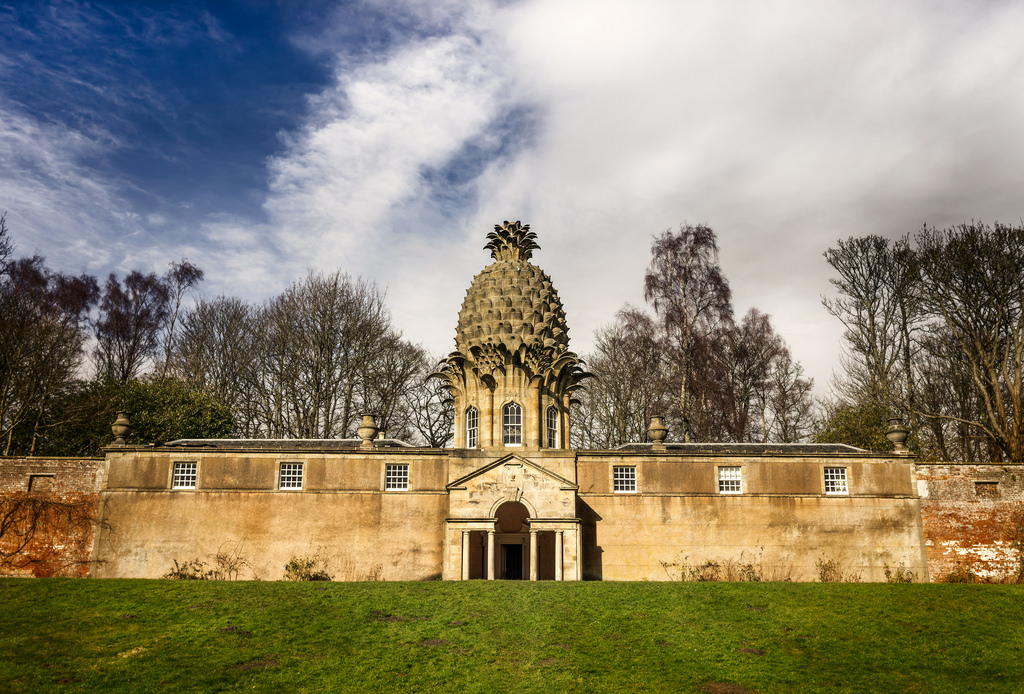 See The World Through Wooden Eyes

Hidden within the confines of the Mitchell Library in Glasgow sits a curious collection of puppets. The World Through Wooden Eyes boasts a fascinating array of puppets, masks, toys, prints and books accumulated by John M. Blundall, one of the most renowned puppet masters in the world. Questionable to some and ingenious to others, this guru’s collection offers valuable insight into the close link between puppets and the accompanying performance aspects. After all, puppets have long served as a crafty cultural tool divulging clues and questioning prevalent societal issues. 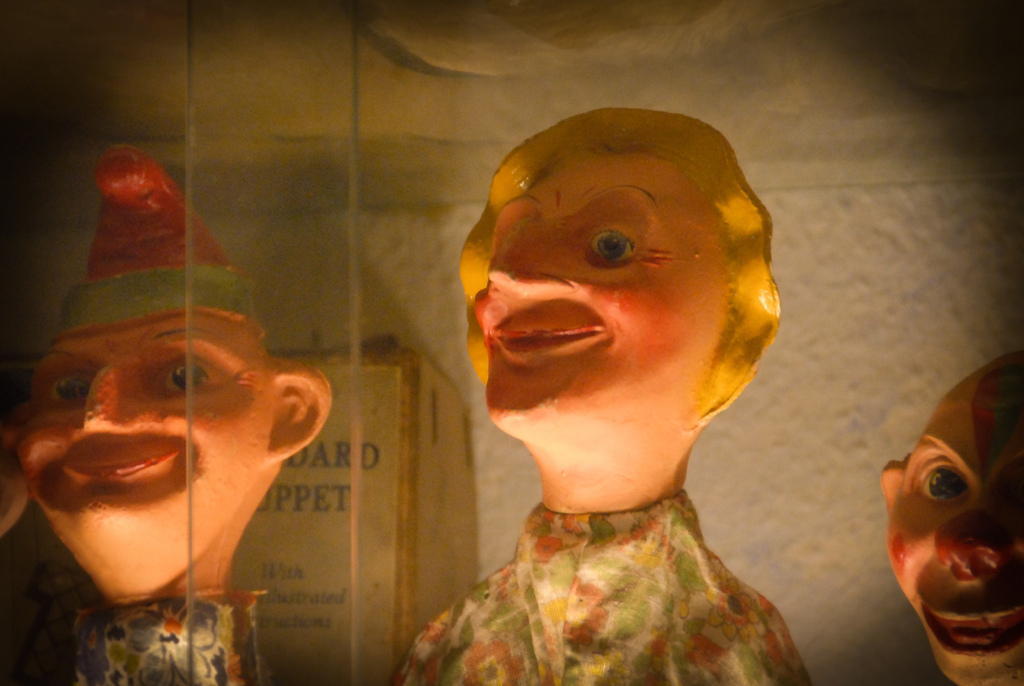 A scene straight from a thriller or horror film, unexpectedly stumbling across a clootie well can be a tad disconcerting to say the least. Witnessing a myriad of cloths tangled over branches creating menacing shadows is a remarkable sight. Clootie wells (clootie being the Scots word for cloth) is an old pagan tradition linked with water spirits and the belief that knotted rags tied to trees will whisk away pain and sickness with each rotting fibre. This practice is still celebrated at Munlochy Clootie Well today, with the Forestry Commission of Scotland placing emphasis on participants using biodegradable cloth. 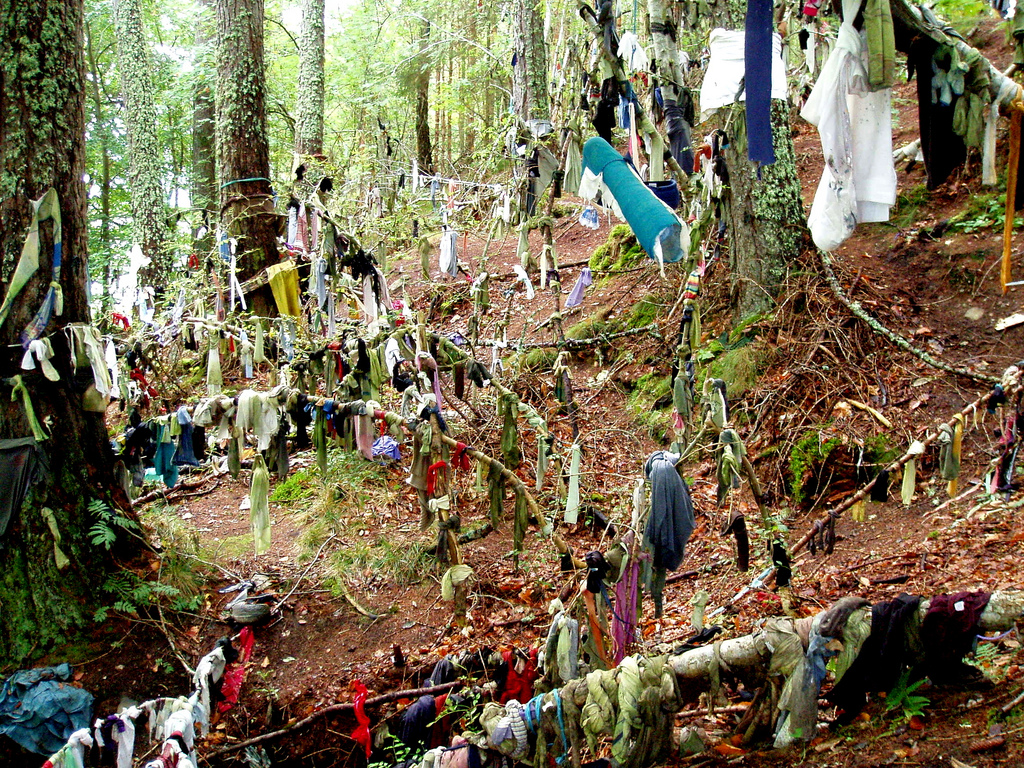 A true utopian environment and perfect fusion of outdoors and comfort, the pioneering Ecopod design puts the ‘glamping trend’ to shame. Blending in with the cinematic Highland scenery, Ecopod is a geodesic dome of a structure that champions luxury low-carbon living and an open design plan. Embellished with minimalist designer furniture, organic toiletries, local pottery, and state-of-the art everything, Ecopod sports unfathomable views of Loch Linnhe and Monty Python’s Castle. Conceptually flawless and perfectly positioned, Ecopod is a cosy couples’ love shack like no other.

Eco Pod © WikiCommons
Give us feedback