Most Beautiful Places in the Scottish Highlands

Ben A'an and Loch Katrine | © Andy Belshaw/Flickr
The Scottish Highlands are the home of mountains, glens and rivers, deep lochs, ancient woods and hidden beaches. It is no wonder that they appear as locations in so many movies or television shows, as the light is constantly changing, playing across a vast natural canvas, creating this selection of wonderful photographic moments in time.

The Great Glen stretches for more than sixty miles from Inverness down to Fort William. Much of this famous geological faultline is filled with the depths of Loch Ness with the Caledonian Canal linking the other parts, enabling boats to cross from the North Sea to the Atlantic.

The Caledonian Canal, The Great Glen 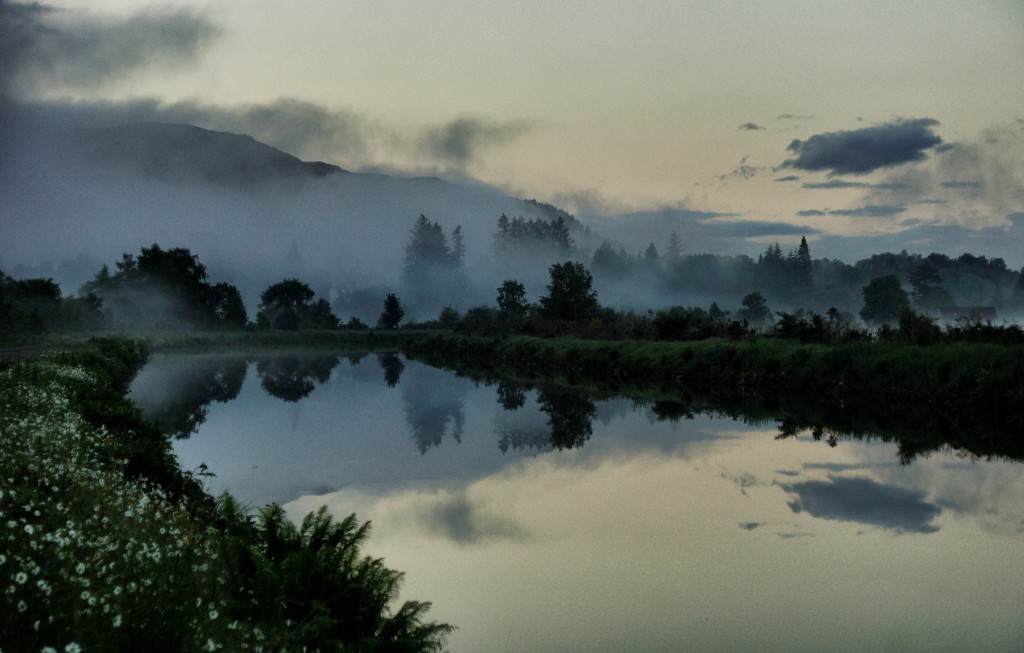 The land to the east of Loch Lomond, known as The Trossachs, is full of small glens, fairytale woodlands and peaceful lochs. In the spring this area is covered in wildflowers, especially the Scottish bluebell, and the sight is breathtaking. Now a part of a National Park, it is a popular destination for visitors from Glasgow, to the south.

To give you an idea of the scale in this photo, the beach is a mile long and the sea stack, Am Buachaille, 65 metres (215 feet) tall. Remote and usually empty of other people, Sandwood Bay can only be reached by a four mile walk. Legends of shipwrecks and buried Viking longships abound. A true place for reflection. 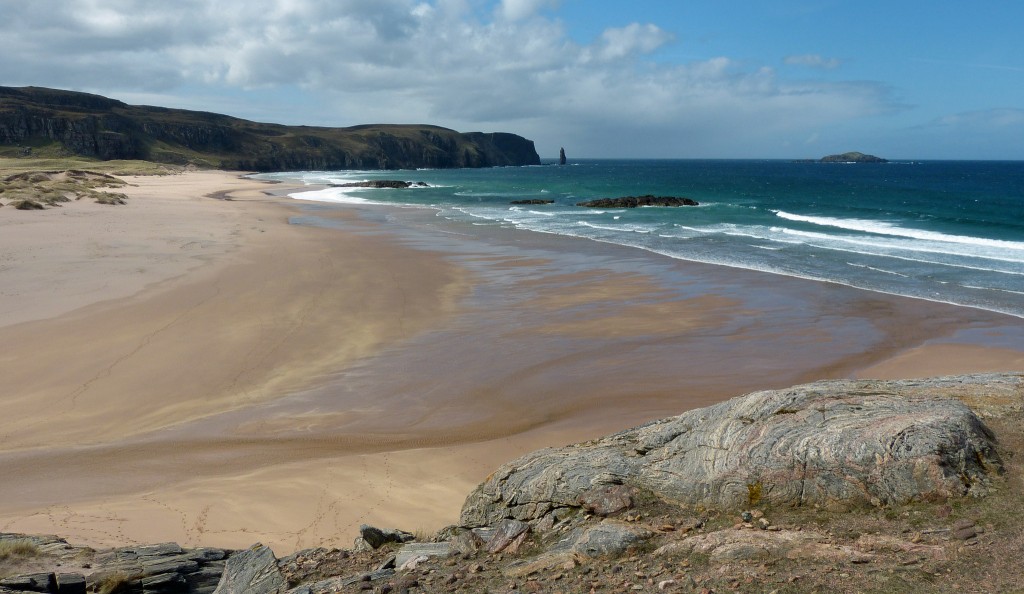 The southern border of Knoydart is an area often called Britain’s last wilderness. It can only be reached by boat or by a long walk as there are no roads into the peninsula. Nevis means “heaven” in Gaelic and there are days when this seems truly fitting in this wild corner of the world. 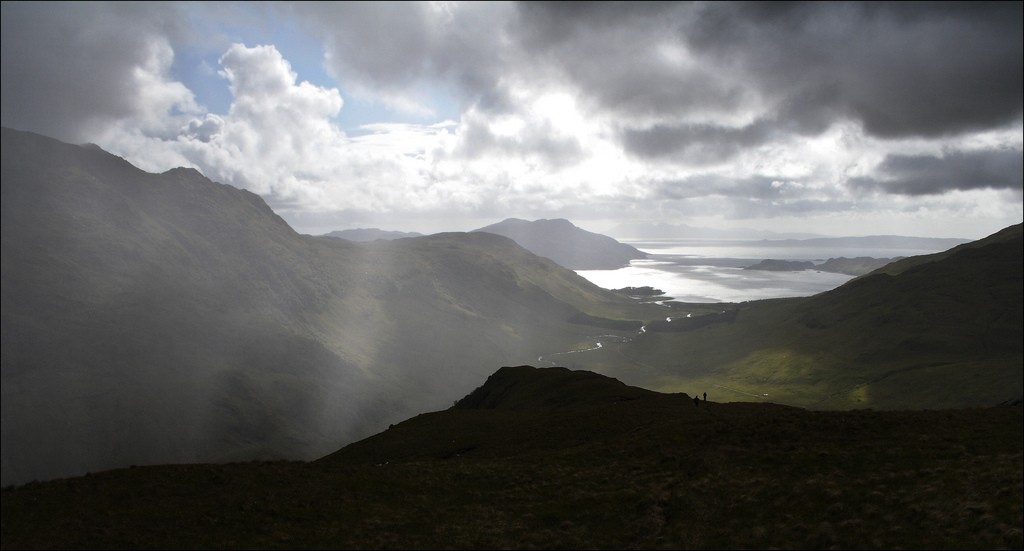 This loch marks the northern border of Knoydart and it is truly wild. Where Loch Nevis is the “Lake of Heaven”, Loch Hourn means the “Lake of Hell”. When the storms sweep in, it is not hard to see how it was named, despite its astonishing beauty. The mountain is Ladhar Bheinn, 1020 metres (3350 feet) high. 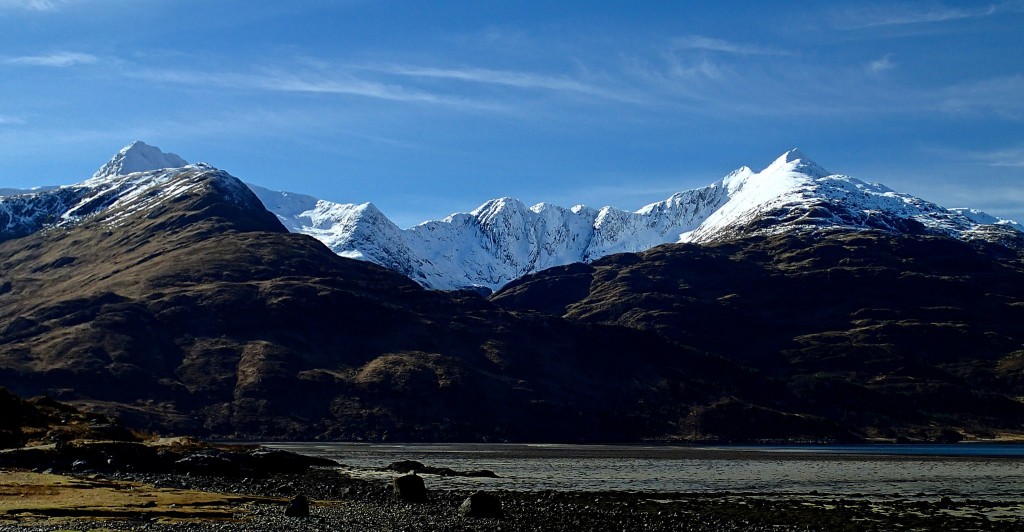 You would be forgiven for thinking the silver sands and clear waters stretching between Morar and Arisaig are tropical or perhaps Mediterranean, rather than on the west coast of Scotland. Ewan McGregor once said that this was his favourite place, not just in Scotland, but the whole world, and who are we to argue? There are stunning views across to Skye, Rum, and Eigg.

Also called “The Queen of Scottish Mountains,” Ben Loyal rises from the north coast of the Highlands, and this jagged granite peak is prominent on the skyline for many miles around. The area is sparsely populated and stunning. Once visited it will remain with you, Loyal by name, loyal by nature. 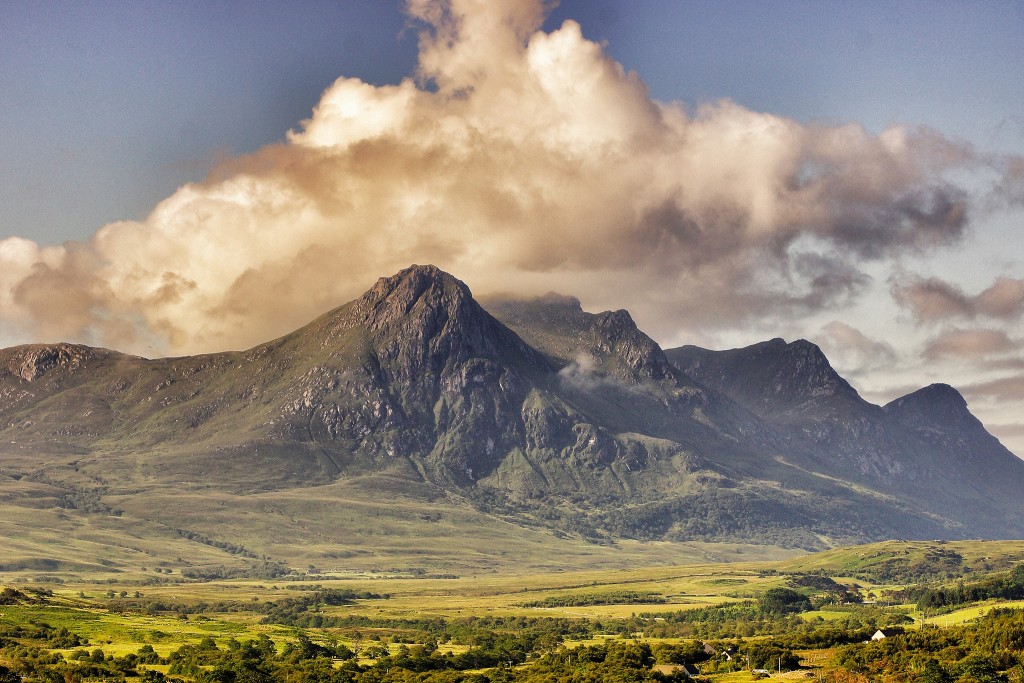 Although a summit in itself, Meall na h-Aodainn Moire is usually added to an ascent of the nearby Ben Vrackie, and both offer excellent views over the surrounding area, including the always-popular Pitlochry. When the heather is in bloom, the Scottish Highlands are clad in Imperial purple. 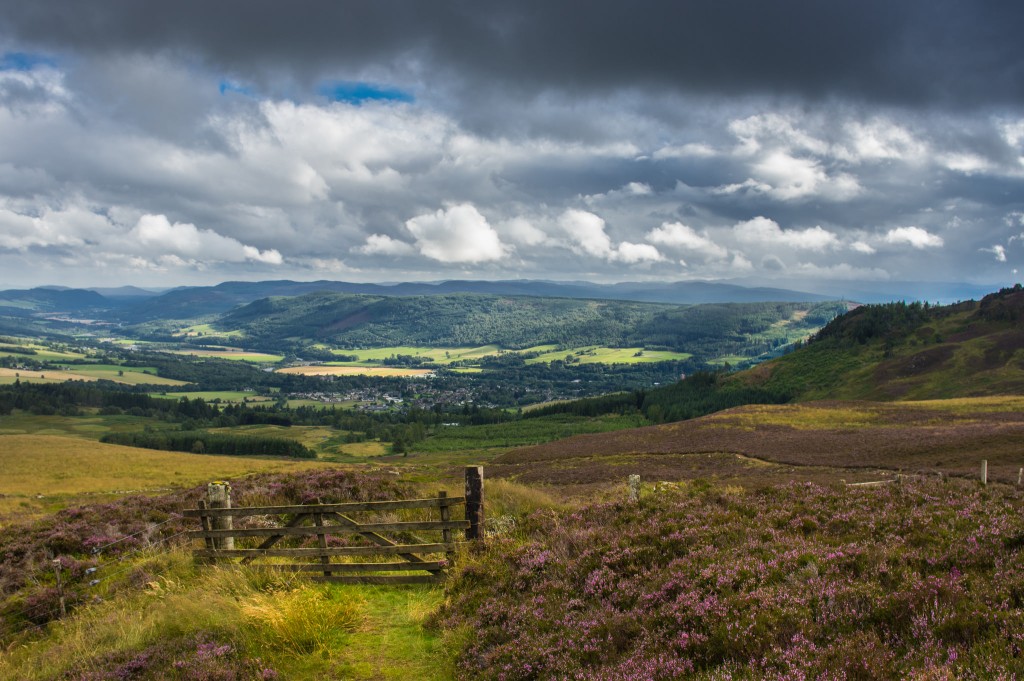 A part of the National Park, this peak offers stupendous views across a breathtaking landscape. Looking around you, it can feel like the world is made up of nothing but mountains, disappearing into the distance, one ridgeline after another. 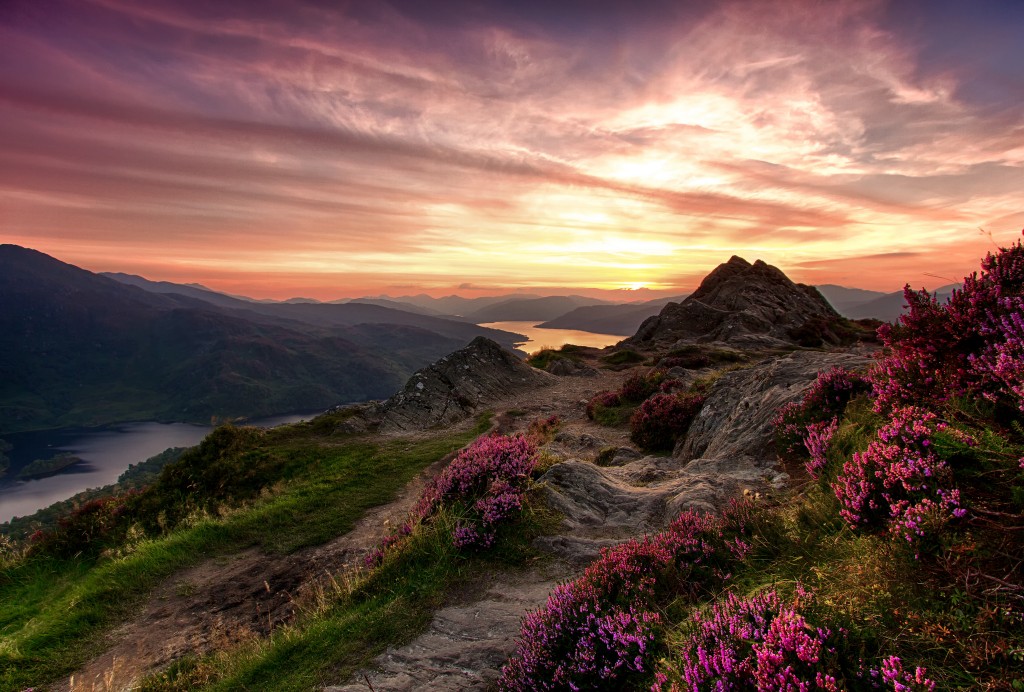 One of several photogenic lochs on the vast Rannoch Moor, Loch Ba is close enough to the road that you can take amazing shots of your own, without having to wade through waist-deep heather, or cross rippling bogs. 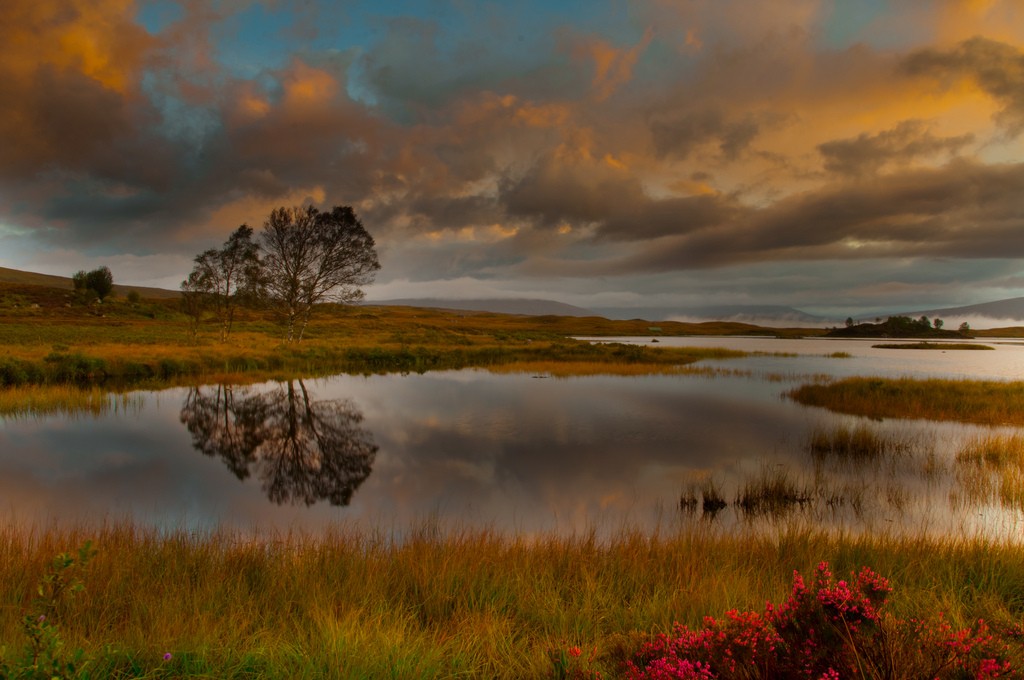 Another of the small lochs of Rannoch, Tulla is just as photogenic as Loch Ba and is a popular spot for taking photos of the Black Mount and its four munros. The loch also contains salmon.

This fifteen mile sea loch is at the heart of some of the most incredible scenery to be found anywhere in the British Isles. Carved by the actions of ancient glaciers, it cuts through some of the oldest rocks in the world. The area is a favourite of photographers and climbers, walkers and those keen to see the varied wildlife that inhabits the hills, woods, and waters. 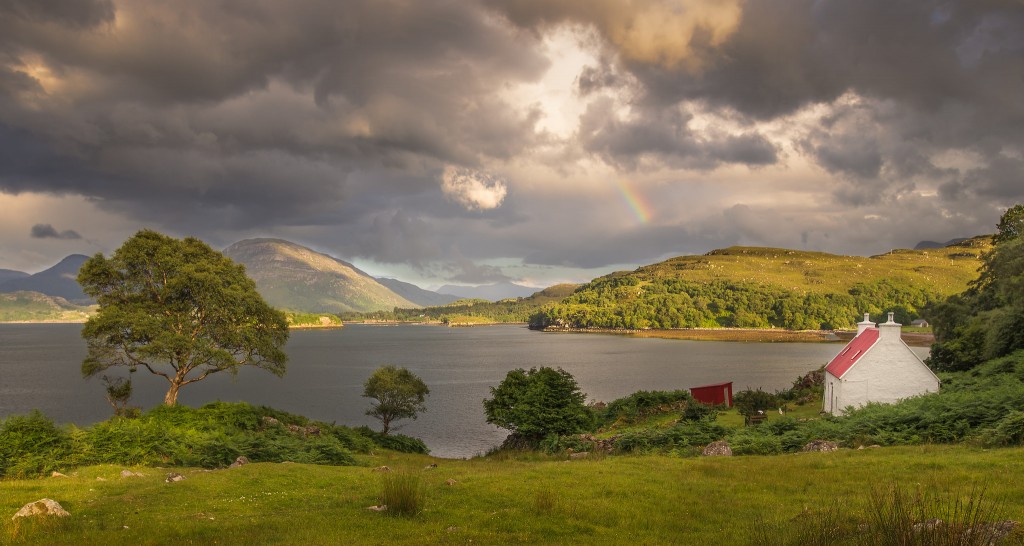 Only accessible by a private road for which you must request access and a key, or under your own power, this Highland Strath (river valley) is close enough to Inverness to warrant a day trip. With the weather moving swiftly downstream to the sea, the view is ever-changing and mesmeric. 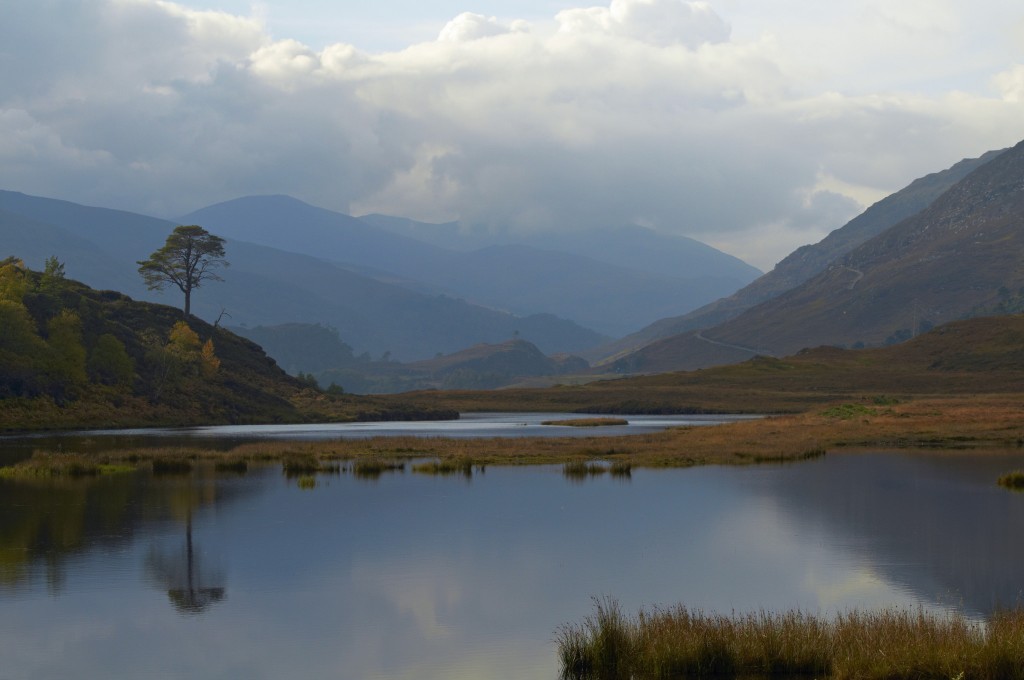 Featuring some of the most iconic of Scottish mountains, Suilven, Quinag, Canisp, Cul Mor, Ben More Assynt and Stac Pollaidh, this area of Sutherland also houses the longest known cave in Scotland and is a world-renowned UNESCO geopark.

Home to beavers, colourful woodlands, and excellent trout fishing, Loch Tummel was also a favourite of Queen Victoria, who loved the area. When the leaves are changing colour, the trees are a riot of yellows, reds, browns, greens, oranges and other shades. 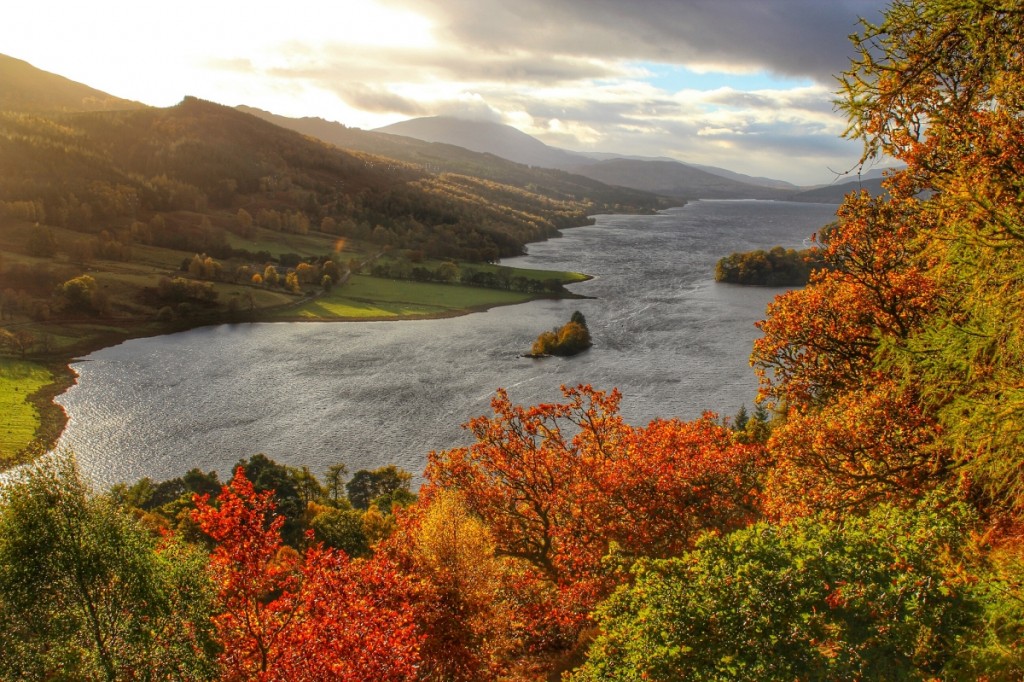 Within an easy walk of Pitlochry, these woodlands are another place to catch the splendour of autumn. During the day time they are reflected in the still waters of Loch Faskally and offer a chance to capture nature in all her glory. 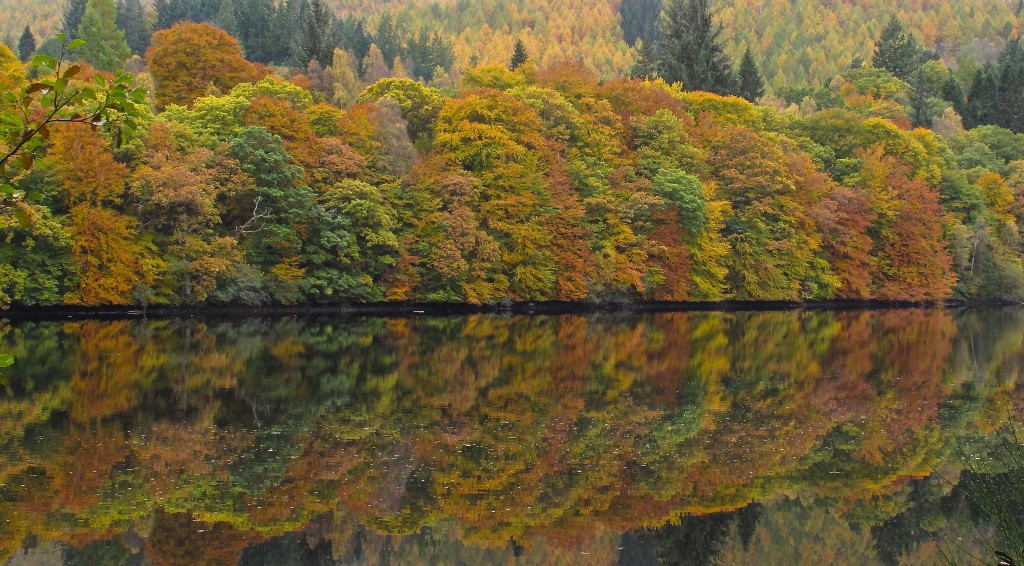 Travel a short way north of Inverness to visit this remote glen, and you have the chance to witness nature as she is meant to be. One of the best areas to see surviving fragments of Caledonian pinewoods, this valley is home to rare species, such as capercaillie, crossbills, pine marten and wildcat. 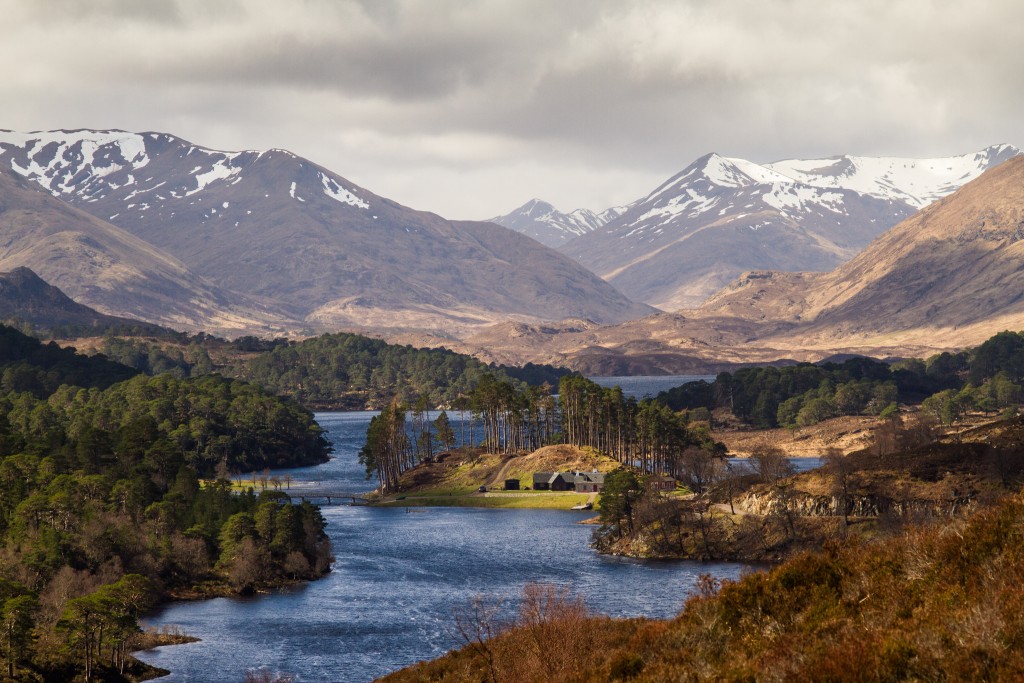 This long freshwater loch is best appreciated from the water, with adventurous types paddling the loch in their canoes, camping wild on the shores or islands, and appreciating the feeling of true wilderness. In the Harry Potter movies, this is the Black Lake. 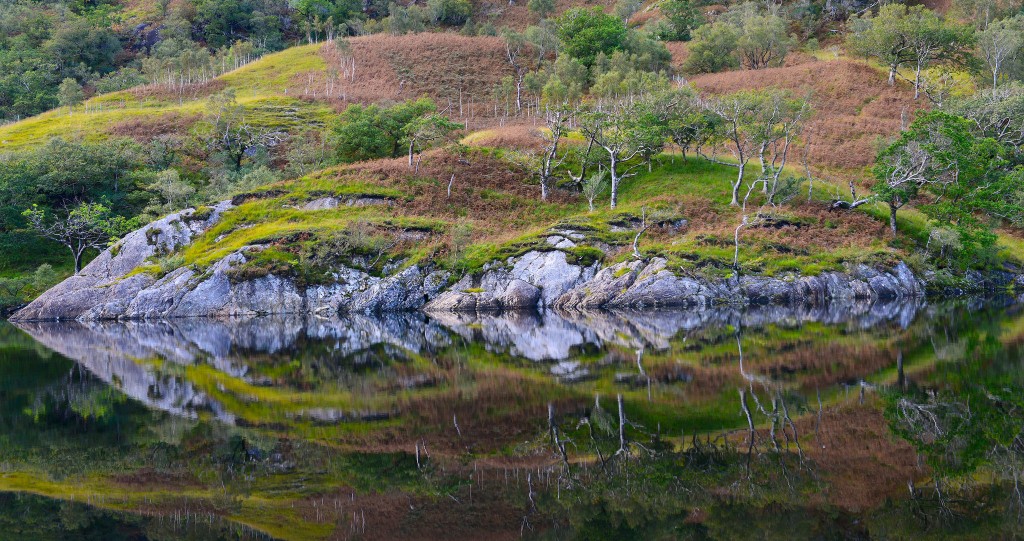 A huge expanse of peaty bog, Rannoch Moor is a place of pilgrimage for many photographers, the light renowned for its outstanding properties and the views exceptional in all directions. This is a place where the sky feels huge, where the world slips away into mountains and lochs, and troubles can dissipate in awe of nature. 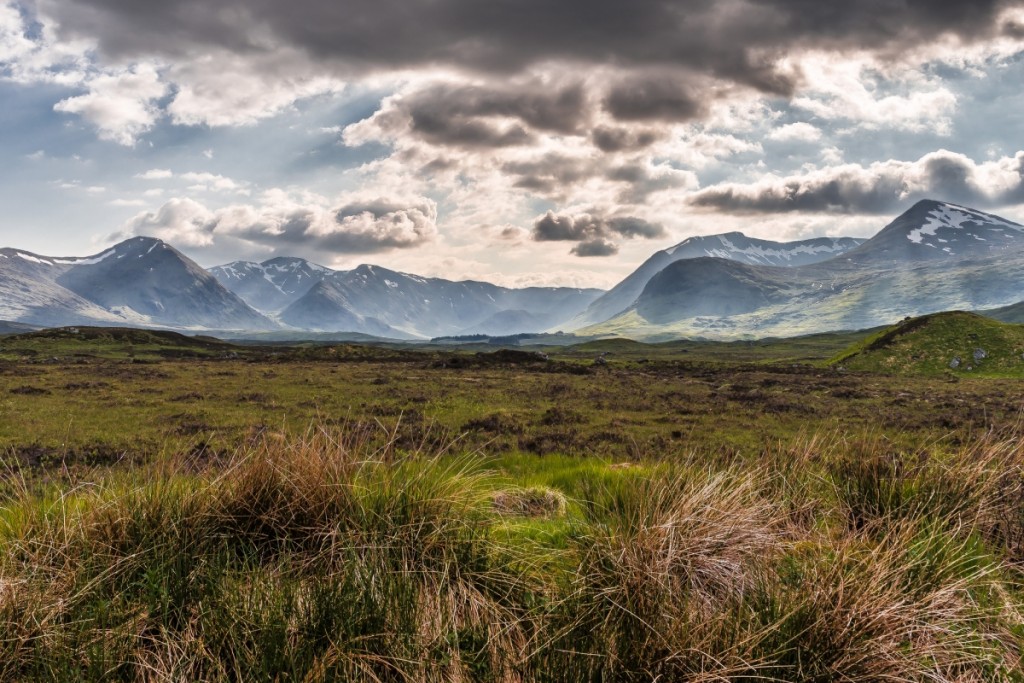