The 12 Most Beautiful Scottish Road Trips 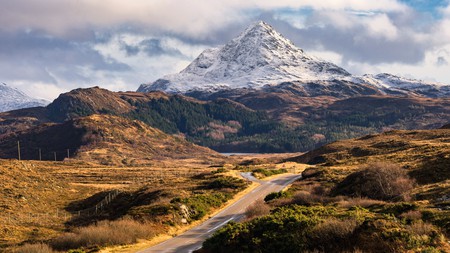 Scotland and road trips go together like the Isle of Skye and photographers. Dramatic scenery, castles amid in the rugged landscape, gloomy glens and shimmering lochs – all you need is a great playlist and you’re looking at a dreamy combo. From Scotland’s own Route 66 to an enthralling Sunday drive alternative, explore Culture Trip’s guide to the most incredible Scottish road trips.

This one is perfect if you’re visiting Edinburgh on a whistlestop tour. Start by cruising the age-old streets of the Scottish capital before heading to Cramond, a village on the fringes of the city. Stop in at Cramond Falls Café for incredible food and enjoy the boats, beaches and vernacular architecture. Next, cruise the Forth Bridge, Scotland’s own Golden Gate, and admire the moody seas of the Firth of Forth. From here, enjoy the picturesque drive to Elie, where the 1908 Elie Ness Lighthouse and 1770s Lady’s Tower are worth a gander, before you arrive in St Andrews, the world’s home of golf. 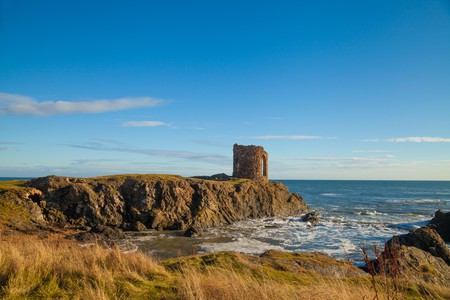 Meticulously signposted and jaw dropping beyond belief, the Aberdeenshire Coastal Trail is an adventure of epic proportions. Although you can hop on at any point of this spectacular 266km (165mi) route, the St Cyrus National Nature Reserve is a fine place for the journey to commence. Those who have four or five days to spare can enjoy absorbing the magnitude of the vertigo-inducing sea cliffs punctuating the entire coastline. Other highlights include spotting rare wildlife, roaming the spellbinding dunes, unearthing the maze of hidden beaches and exploring the coastal villages. Believed to have inspired Bram Stoker’s Dracula, Slains Castle is worth a visit, as is Fraserburgh – home to Europe’s largest shellfish port. 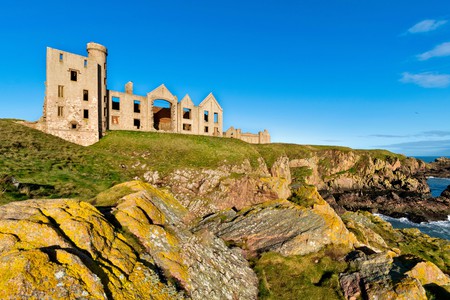 Scotland’s answer to America’s Route 66, North Coast 500 is one of the world’s top coastal road trips; it has all the votes and reviews to prove it. With 805km (500mi) worth of life-affirming views, this incredible route has magical castles and distilleries, Highland scenery, whale-watching cruises and Munro-bagging opportunities. Doing its reputation justice, this exhilarating trail features multiple stops – think Dunrobin Castle, Smoo Cave, Duncansby sea stacks, Sandwood Bay and Beinn Eighe, to name a few. 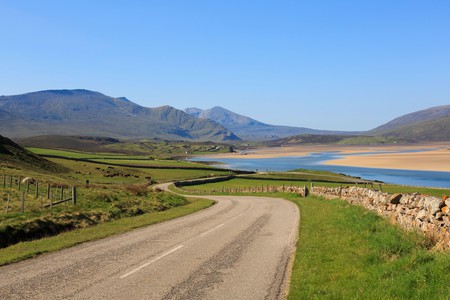 A swoon-worthy pocket of Scotland, the Scottish Borders are drenched in charm, punctuated with ancient abbeys and jaw-dropping countryside. The Borders Historic Route from Carlisle to Edinburgh is the only route to start outside Scotland. Swing by Gretna Green and explore its colourful heritage as one of the world’s leading marriage and elopement capitals (don’t forget to touch the marriage anvil); stop in at the Borders Textile Towerhouse and discover the Scottish Borders textile industry while watching tartan being crafted from scratch; and explore every nook and cranny of Abbotsford House, the fomer home of Sir Walter Scott. 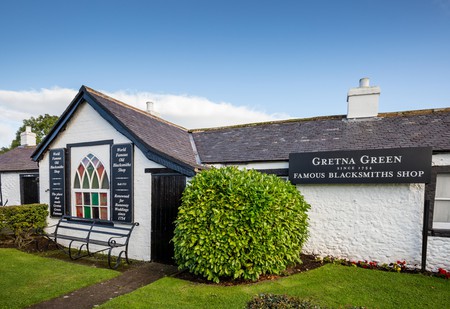 There is something truly magical about the Argyll Coastal Route, with its haunting lochs, imposing mountains and 208km (129mi) of open road. This route, from Tarbert to Fort William, is all about fresh sea air, local seafood and scenery destined to take your breath away. Pass the bonnie banks of Loch Lomond in all her glory; taste your way around the West Coast and revel in the majestic mountainscapes and wispy shorelines. Surprises along the way include Loch Fyne Restaurant & Oyster Bar, wildlife boat trips, a 19th-century prison and Ben Nevis, Britain’s highest mountain peak. 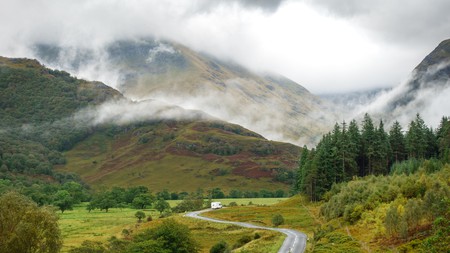 The Deeside Route from Perth to Aberdeen is as delicious as it is adventure-filled. This is your chance to visit the Cairngorms National Park, home to five of Scotland’s six highest mountains, and unleash your inner outdoor adventurer. To appease the taste buds, the route also includes a pit stop at Royal Lochnagar Distillery, as well as Cambus O’May Cheese Co – the perfect opportunity to delve into the art of cheese making. Architectural lures include Scone Palace and the 13th-century Drum Castle. 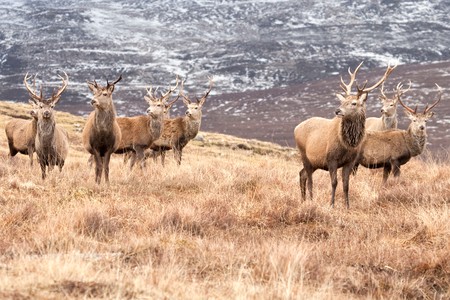 A dream for thinkers and families alike, the Galloway Tourist Route beckons you to explore the culture-rich treasures along Scotland’s southwest. Between the mountain-biking paradise that is 7Stanes, the red-kite-watching haven of Galloway Kite Trail and the Dumfries Museum and Camera Obscura, it’s hard to peel all road-trip parties away. The lush scenery is medicine to the soul, while the Robert Burns Birthplace Museum is the grand finale for literature lovers. 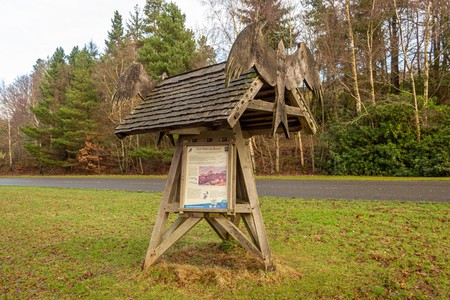 Those in it for the magic should look no further than the Highland Tourist Route. Sweeping scenery, tiny remote towns, mystical forests, distilleries galore and an impressive collection of castles – Highland stereotypes they may be, but the real thing does them justice. Soak up the history at the Culloden Battlefield, Gordon Highlanders Museum and Cawdor Castle and lap up Scotland’s whisky heritage (and smuggling stories) at Glenlivet Distillery. 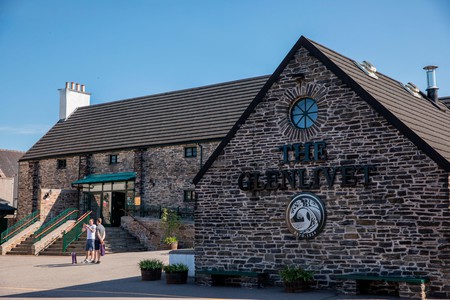 A stunner of a road trip setting, the Moray Firth option is an 129km (80mi) semicircular route with magnificent sights from Inverness to Loch Fleet. Enjoy the Inverness Museum and Art Gallery, watch the artisans work their organic magic at Black Isle Brewery and prepare to be hypnotised by the cascading waters of Rogie Falls. This trip includes wondrous views of Easter Ross and Sutherland landscapes, as well as the brooding waters of Beauly Firth, Cromarty Firth and Dornoch Firth. 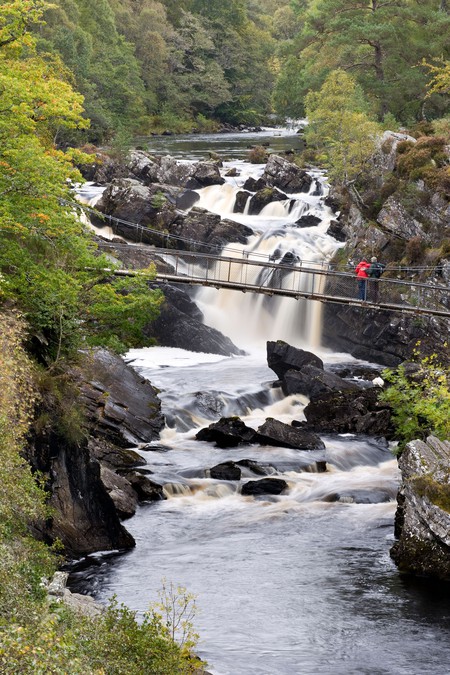 If you’re seeking a shorter Scottish road trip, the Perthshire Tourist Route from the Dunblane area to Ballinluig offers a fusion of history, food, nature and luxury. Culture Trippers can expect dramatic landscapes with wooded pockets and overwhelming scenery. Pit-stop highlights include the Victorian spa at Crieff Hyrdro, the Library of Innerpeffray, a book lover’s utopia, the Famous Grouse Experience and Drummond Castle Gardens. 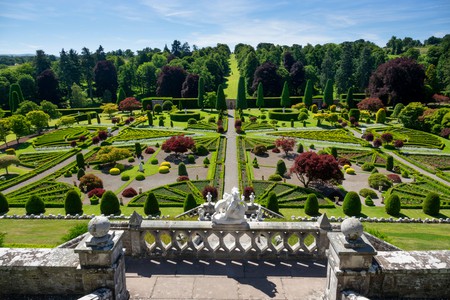 Wonderfully untainted and magical to the core, the Isle of Skye is a beauty of a road-trip route. Experience first-hand all the natural wonders – the Cuillin Mountains, Fairy Pools, Quiraing and the Old Man of Storr – and the old-world charm – Dunvegan Castle and Talisker Distillery – via the A87, A63 and A50 roads. From transformative mountain vistas to otherworldly scenery, there’s something about Skye that unleashes the best of us. 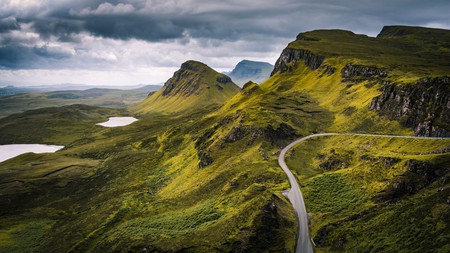 At 440km (273 mi), Scotland’s spine, aka the A9, is a seemingly never-ending road of mesmerising scenery and picture-perfect landscapes. The drive from Stirling to Inverness boasts culture-rich sites for days, including Dunblane, Auchterarder, Gleneagles, Perth, Dunkeld, Pitlochry, Blair Atholl and Aviemore, each as intriguing as the next. As spellbinding as the scenery is with this one, make sure to pay extra attention on that road.