The Most Beautiful Scottish Islands to See in Your Lifetime 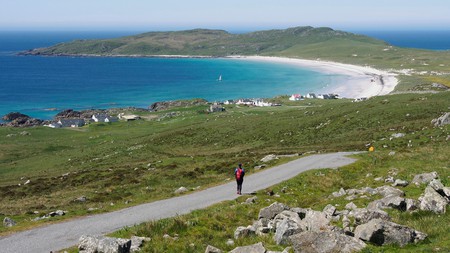 Rugged and remote, ideal for hardy outdoor types – that’s how the isles of Scotland are usually described, and with good reason. Culture Trip has just the ticket for fulfilling your inner explorer, with this list of the most magnificent Scottish islands.

Day-dreaming of a trip to the Scottish islands? Let us handle the planning and let our Local Insider be your personal guide on this week-long, action-packed adventure through the Hebridean islands – from the Isle of Skye to the Isles of Harris and Lewis.

The westernmost island of the Inner Hebrides, Tiree is a haven where fishing and crofting are a way of life. Known as the “Hawaii of the North”, it’s graced with prime fertile land, sparkling beaches and an abundance of beaming rays of sunshine in the warm seasons, and with its blustery elements and sweeping seas, the island attracts countless groups of avid windsurfers. 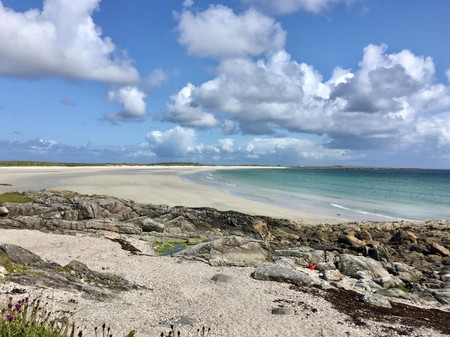 Exceptionally desolate and laden with mountains, Jura, which is adjacent to Islay, is one of the least densely populated islands of Scotland. The name Jura dates back to the Norse-Gael era and means Beast Island. In the 1960s, archaeologist John Mercer unearthed evidence of settlements.

Iona, an island near the Isle of Mull on the western coast, is rich in history and often leaves even the most cynical people infused with a sense of spirituality. Iona was home to a monastery during the Middle Ages, and today, the island is a perfect retreat for those in need of restoration. 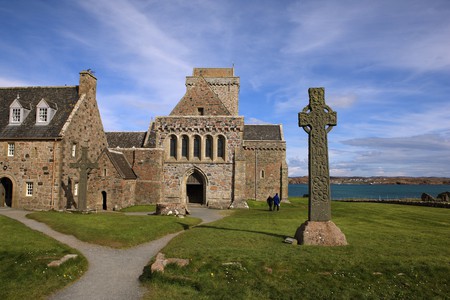 Something from a fairytale, Eigg sits innocently to the south of the Isle of Skye and north of the Ardnamurchan peninsula. Including golden eagles, peregrine falcons and kestrels, this little land is home to an impressive bird population. Eigg sports spectacular views and generates almost all of its electricity using renewable energy. A mysterious wonder, the quartz beach contains the so-called “singing sands”, which seem to cry out when walked upon.

Ripe for exploration, the Isle of Raasay is a walker’s paradise adorned with undulating terrain and many paths lined with ancient trees. Sandwiched between the Isle of Skye and the mainland, this geological sight of interest is a playground for a subspecies of bank vole and a land of adventure for humans. The name Raasay means Isle of the Roe Deer. 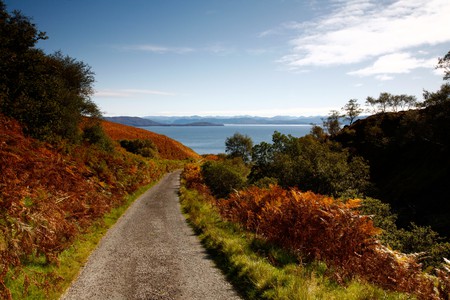 The Isle of Gigha is a little piece of heaven on earth – an artist’s palette of reds, greens and blues. Near the west coast of Kintyre, the island is home to the 54-acre (22ha) Achamore Gardens, hosting dancing hordes of rhododendrons and azaleas. Visit during winter to see how the trees are still blanketed in leaves due to the island’s position on the Gulf Stream.

Graced with barrels of gin and an abundance of whisky, Islay is considered the Queen of the Hebrides – and regal she is. Home to a magnificent bird population and numerous deer, this glistening jewel is the fifth-largest Scottish island. One taste of this place inevitably results in a lifetime spent yearning to return. 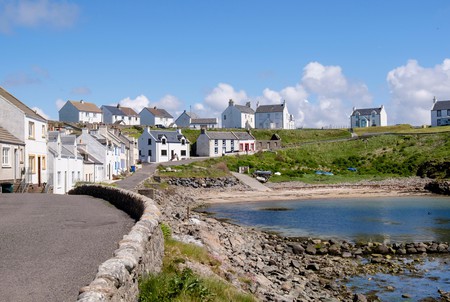 Cottages around the harbour in village of Portnahaven, Isle of Islay | © Pearl Bucknall / Alamy Stock Photo

With a celestial beauty unachievable by man, Staffa is the kind of place that makes you want to pack up whatever you are doing and stay forever. The name is derived from Old Norse for Stave or Pillar Island, and its majestic basalt columns and remarkable sea caverns (such as Fingal’s Cave) draw avid thinkers from near and far. Uninhabited since 1800, Staffa will ignite the purest of epiphanies.

Connected to Shetland by the largest tombolo (or, as the Scots say, ayre) in the UK, St Ninian’s Isle is one of Scotland’s most sanctified spots. The 1,640ft (500m) ayre permits people to cross it only when the seas allow, which happens during the summer months. Swathes of silver sands and pristine beaches encapsulate this free-willed spot. 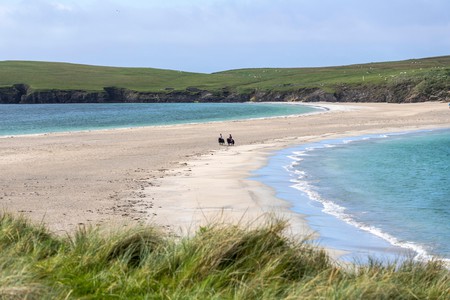 Studded with dramatic peaks peering over glinting lochs, the Isle of Skye sparks a longing for adventure in any traveller. From fiercely pure waters and blustery air swirling around the Cuillin Mountains to the dreamlike essence of the mystical Fairy Pools, it’s a land free from confines and overflowing with natural beauty. With a local guide at your side on our week-long trip to the Hebridean Islands, you’ll get expert insight on these breathtaking sights as well as many local customs. 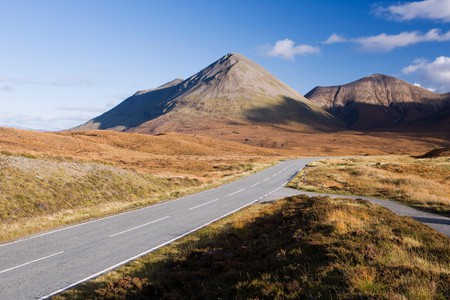