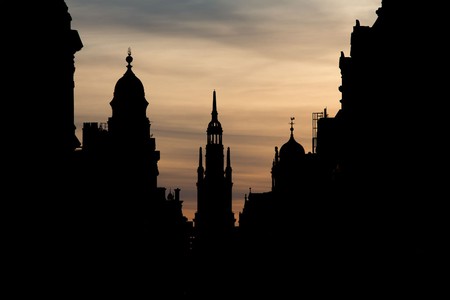 Sometimes the best things in life are the ones that tend to get overlooked. The ones that glisten in their own right, but fall off the map. Here, are some of the best stunning hidden gems in Glasgow.

A must-see for architecture fans, The Cloisters at Glasgow University are both impressive and mesmerising. Beautiful fluted columns dance in unison amidst dramatic angled archways to create a harmony of stonework and showcase man’s ingenuity. They can be found connecting the east and west quadrangles near the Hunterian, and you may remember these beauties from their guest appearances in films Outlander and Cloud Atlas. 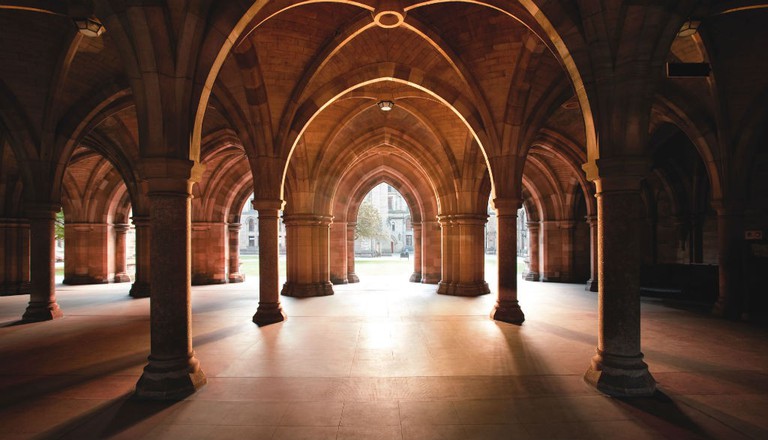 Twinkling fairy lights, a sea of cobbled stones and buildings overflowing with personality, Ashton Lane, is a discreet back street and pocket of fun. Graced with alluring bars, restaurants and even a cinema, this charming street is conveniently tucked away from the humdrum of bustling city life, and is well worth a visit if you’re up for a relaxed wee wander. A gem within a gem, Ubiquitous Chip attracts serious foodies from all over. 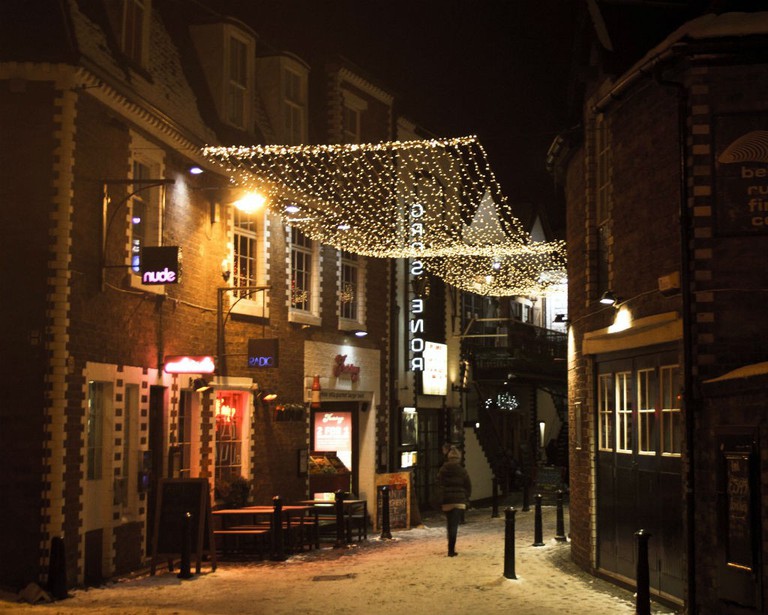 An area of calm where tea reigns supreme, Tchai-Ovna is unexpected and soothing to the soul. With over 100 choices of teas to sip from, the splendid spread of veggie eats and the added surprise of shisha, there’s a lot of goodness in one concentrated area. The wildly bohemian shack of a venue only adds to the intimate and unique atmosphere. An epicentre of creativity, works by local artists adorn the walls and live music often resonates throughout. Whether in need of tea or a little bit of down time, Tchai-Ovna is a mandatory pilgrimage. 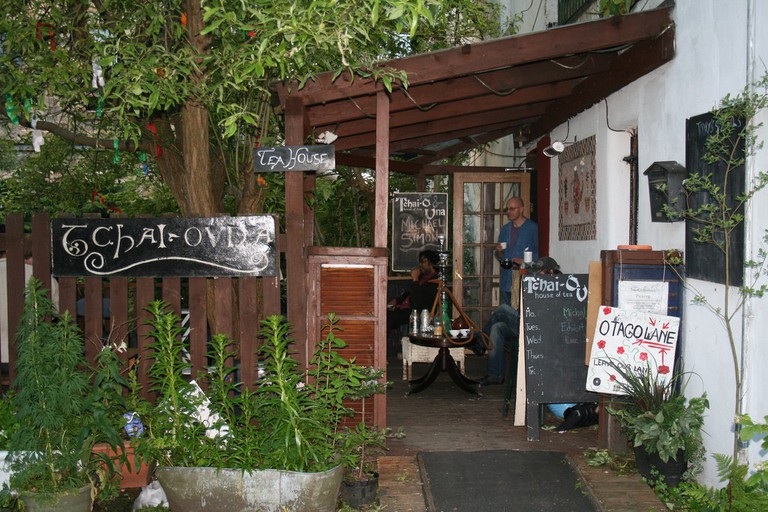 More than just an Edwardian public bathhouse with a history spanning back to the early 1900s, Govanhill Baths are a physical symbol of the strength and unity found within close-knit Glaswegian communities. Following the announcement in 2001 that the baths, which once contained public baths, a washhouse and three swimming pools, were to be permanently closed down, community members formed a campaign against the closure. The community is now almost reaching their goal of reopening the baths as a community wellness centre, and numerous musical performances, theatre shows, art installations and even a skate-park event have taken place in this space to help generate support. 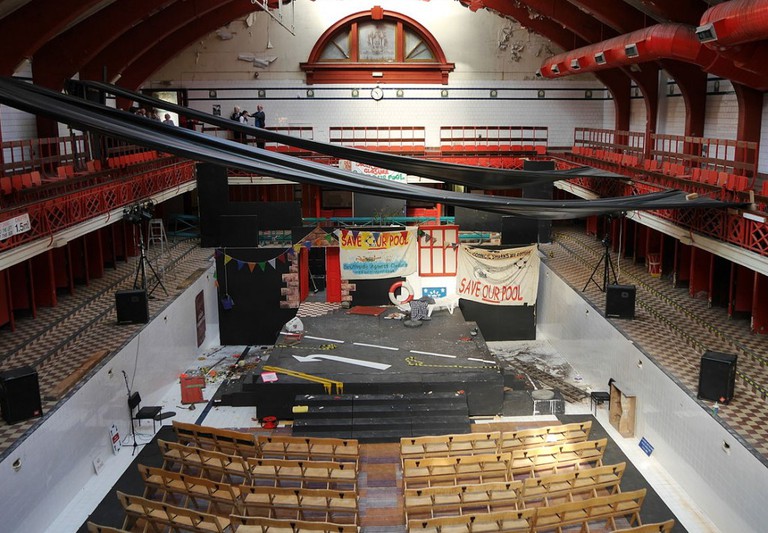 A little less tucked away than Ashton Lane but still just as appealing, Cresswell Lane is a popular place for independent specialist shops. There are lots of architectural features to marvel at too as well as drinking dens, which puts this meandering lane on a par with Edinburgh’s beloved Rose St. As a continuation of Ashton Lane, Cresswell Lane possesses all the same great qualities with a little more exposure to the ‘city buzz’. 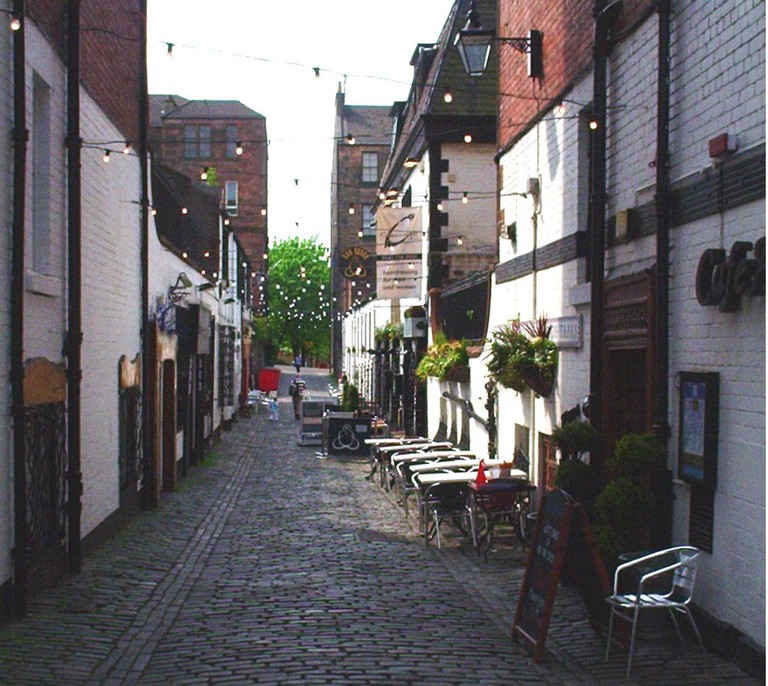 The many museums of Glasgow are gems in their own right. And yet, the most intriguing is the one unexplored by the vast majority — Glasgow Museums Resource Centre. An enchanting hodgepodge of eclectic collections belonging to multiple museums, this resource centre is basically one giant storage room hosting the items not on display. Stored across 17 environmentally controlled storage pods, animals, fine art, fossils and armour make up just a few of the 1.4 million curiosities inside. Although touring this unmitigated wonderland is miraculously free, make sure to book in advance to secure a spot. 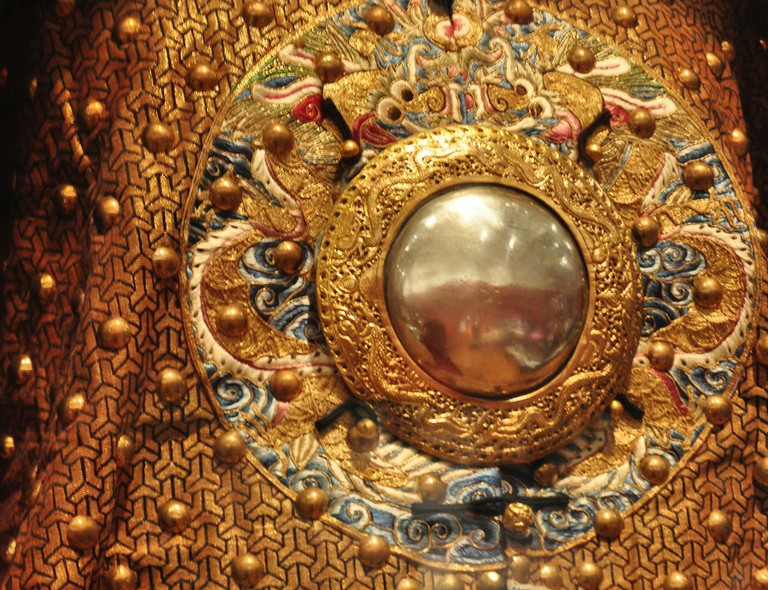 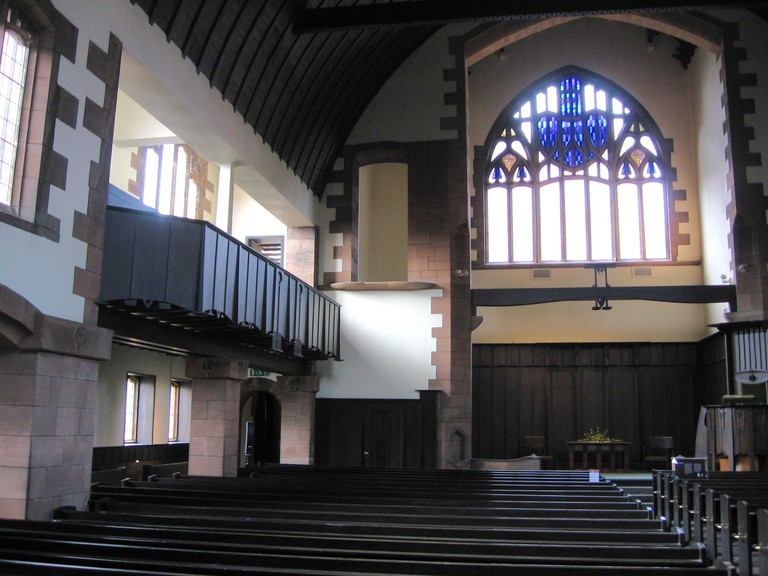 Queens Cross Church | © WIkiCommons
In a city embellished by the ‘Glasgow Style’ fingerprints of Mackintosh, it’s easy to render yet another Mackintosh attraction (as captivating as they are) a ‘not-so-hidden gem’. Standing out from the crowd yet starved of its rightful attention, Queen’s Cross Church or Mackintosh Church, is a hidden gem for design and architecture enthusiasts. Unique in that it is the only Mackintosh church ever to be fully completed, Queen’s Cross is a handsome display of modern Gothic charm with an Art Nouveau flair and slight tracings of Japanese style.
Open In Google Maps
870 Garscube Road, Glasgow, Scotland, G20 7EL, United Kingdom
+441419466600
Visit Website
Give us feedback
Give us feedback