5 Scottish Startups to Watch This Year 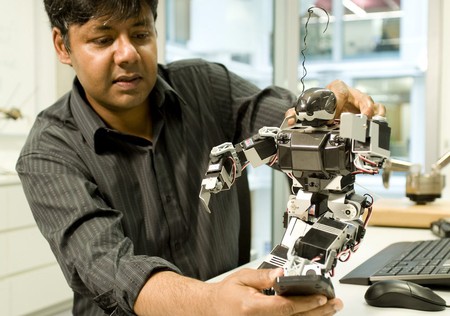 Edinburgh Informatics Robotic Movement | Courtesy Of This Is Edinburgh

With companies like Skyscanner and FanDuel taking the world by storm and Edinburgh being crowned the ‘2016 Entrepreneurial City of The Year’, Scotland is one to watch out for. Here we highlight the best Scottish startup companies to keep a close eye on in 2017.

pureLiFi are the leading experts in Visible Light Communications technology. Formed in 2012, the company is an extension of Edinburgh University’s D-Light project that begun in 2008. ‘Li-Fi’, a term coined by company CSO and co-founder Professor Harald Haas, creates a whole new realm of connectivity through light, specifically LED. In a nutshell, the technology enables the LED light source to transmit data wirelessly at super high speeds whether through a laptop or mobile device or such like, revolutionising the data and bandwidth worlds. The first demonstration of Li-Fi occurred in 2011 by Professor Haas at a TED Global.

Machines With Vision holds the key to cutting edge technology designed to amplify the positioning of self-driving vehicles. Between them, the well-versed trio behind it all have PhDs and an extensive background in AI, computer vision, and robotics. The logistics of this advanced position mapping technology are handled from the Edinburgh HQ.

In an age where virtual reality is coming in hot, Cloudgine could not be more pertinent. This trailblazing team has created a network of intense compute power for gaming and VR. Drawing upon cloud technology, game developers can enter into uncharted frontiers. The supersonic graphics and higher performing software are destined to evolve the gaming world.

E-commerce made easy, Mallzee is a free fashion app offering a smoother and swifter online purchasing process. Coined as the fashion version of Tinder, the app is constantly evolving and boasts over 200 top fashion brands and one million plus users. Malzee is considered the best non-retailer shopping app in the UK and has won 50 plus awards, including nonstop praise as Apple’s Best New App.