Events In Scottish History That Inspired Game Of Thrones 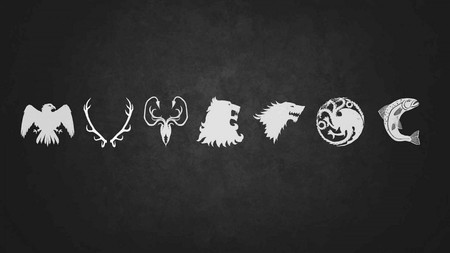 Every part of Scotland is a shot straight from Game Of Thrones. Any Westeros fan has surely noticed the significant links between certain aspects of the show’s plot and major events in Scottish history. Here upon the Iron Throne, we present to you such findings.

The north remembers. The same is true for any Game Of Thrones fan when they hear the words ‘Red Wedding’. The heartbreaking betrayal of the Starks at the hands of the Frays and Boltons was excruciating to say the least. Thankfully it was all make-believe. Or was it? This bloody affair was in fact lifted from two separate events in Scottish history — The Black Dinner and The Glencoe Massacre. The bloody events of the Black Dinner took place in 1440 amidst the grounds of Edinburgh Castle. Two young heirs of the powerful Douglas clan were invited to dine with the King. Once the festivities simmered down, a black bull’s head — the symbol of death at the time — was presented on a silver platter. This (like ‘The Rains of Castamere’) was a signal of the brutality that was yet to come. According to history, the guests were seized and put on trial before being executed.

Horrific scenes from The Glencoe Massacre are undoubtedly mirrored in the bloodshed outside the Fray’s castle on that unforgettable episode, ‘The Rains Of Castamere’. In 1692, members of the clan Douglas were received as guests by clan Campbell. However, what was intended as a peaceful gathering developed into one of the most bloody moments in Scottish history. Despite the prevalent laws of hospitality at the time, the Douglas men butchered their hosts on the grounds that the Campbells had not acknowledged the new monarch. According to George R.R. Martin, the fateful Scottish historical happenings of The Black Dinner and The Glencoe Massacre served as direct inspiration for this game-changing Game Of Thrones moment. 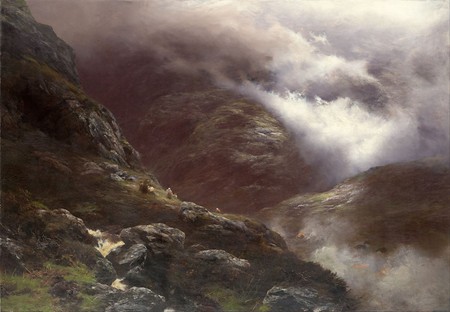 © After the Massacre of Glencoe | DcoetzeeBot/WikiCommons

‘The Wall’ has a momentous presence and is an imperative entity in the Game Of Thrones world. The idea of a barrier used to separate the wild savages of the far north from the civilised south comes directly from Hadrian’s Wall. Built by the Romans around 122 AD, this bold fortification was constructed to mark the boundaries between the Roman Empire and the ‘barbarians’ of northern Britannia. 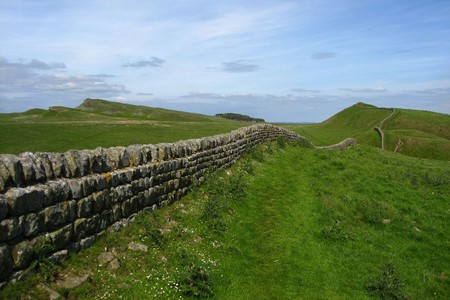 Speaking of barbarians, it’s not hard to surmise the real world inspiration for ‘the Wildlings’. Their brutal fighting techniques and unique choice of attire can undoubtedly be compared to that of the ancient Celts. Once more, take a look at a map of Westoros — it suspiciously resembles the British Isles. Notice how Scotland is positioned as the frozen tundra north of ‘The Wall’. Additionally, the Northerners’ thick accents and rugged way of life hit the nail on the head. Let’s be honest — it’s surprising that George R.R. Martin didn’t just write the Wildlings as wearing kilts.

Game Of Thrones fans must keep an open mind for this one. Look at the name ‘Black Watch’. Then, consider ‘The Night’s Watch’ (the protectors of the free people of Westeros). Although not confirmed by the author himself, it is easy to see the connection. The Black Watch were a regiment formed in 1725 in the aftermath of the Jacobite Revolution. Their job was to prevent predatory acts towards the free people of Scotland and the advancement of rebels into the kingdom. The name in Gaelic is Am Freiceadan Dubh: ‘The Dark’ or ‘Black Watch’. It’s pretty safe to say that The Black Watch did not battle any Whitewalkers. However, their subtle presence in the lore of Game Of Thrones can most certainly be perceived by the well informed fan. 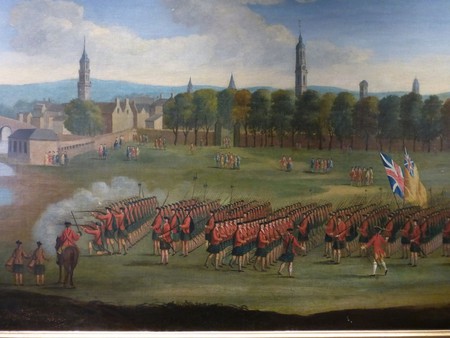