Scotland's Most Luxurious Train Now Has an On-Board Spa 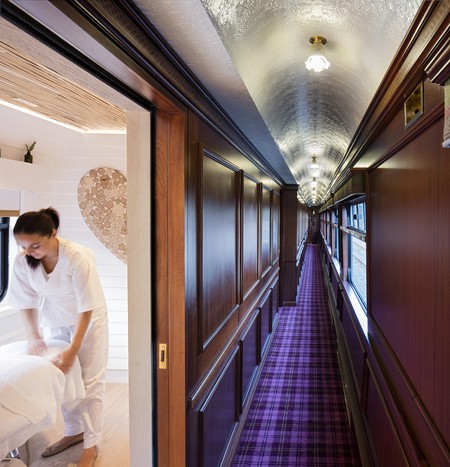 The Royal Scotsman is a fancy hotel on the move—a train outfitted with mahogany panels, squishy couches and tartan heritage throw pillows, that chugs smoothly through the scenic towns and striking wilderness of Scotland. As if that wasn’t dreamy enough, earlier this year it installed a luxury spa, so passengers can enjoy an on-board therapeutic massage (assuming they can prize themselves away from the Highland views outside the window).

With their gentle motion and pretty countryside routes, train journeys are pretty chilled as a rule, but the Belmond Royal Scotsman has really upped the ante when it comes to on-board relaxation.

The train company partnered with British fashion and beauty brand Bamford—which cherry-picks the best organic ingredients for its range of nature-inspired botanical skincare—to create the UK’s first spa on a train. 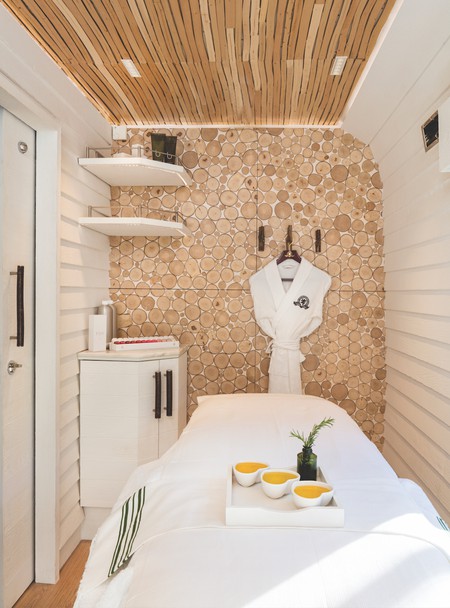 The treatments encompass everything you would expect from a seriously luxe, high-end spa, including the Bamford Bespoke Facial—55 minutes of facial reflexology (massaging the areas of the face which, in Chinese medicine, are associated with the body’s energy lines), lymphatic drainage and yogic breath work. This is followed by a Shiatsu deep tissue massage for the back and shoulders, using hot stones to really soften and relax the muscles.

The Bamford Haybarn Spa comprises two treatment rooms, both of which manage to encompass spa-like ambiance in a teeny carriage space thanks to whitewashed sustainable wood from Scotland and the Cotswolds, tiny vases containing fragrant sprigs of rosemary and soft white linens. 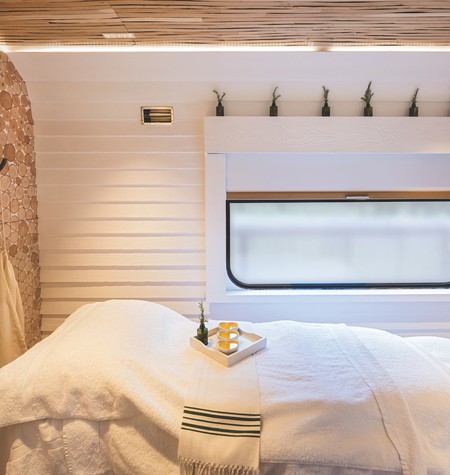 The Royal Scotsman offers a range of itineraries that sample the best of Scotland and Great Britain over the course of two to seven nights—passing glassy lakes and lochs, wildflower meadows and pine-covered mountains. Passengers have the opportunity to alight at national parks, quaint villages and expansive estates before spending the night in their private cabin—exploring the country’s historical and natural attractions in the most refined way imaginable.