Sam Heughan On Establishing the ‘Outlander’ Characters in the New World

Outlander has been set in many locations over the course of its run on UK Amazon Prime, and the latest series begins with Jamie and Claire Fraser washing up on the shores of Georgia in America.

“We jump straight in there,” he says. “Jamie and Claire quickly realise this is a place where they want to build a life together and for the first time they might be able to. They are essentially the first immigrants to this ‘new world’.”

The actor continues: “This season is about family. I felt that it was important that we see what he has fought for. The yearning to be back in Scotland is gone. It is remarkable how similar North Carolina [where some of the new series is set] looks to Scotland.” 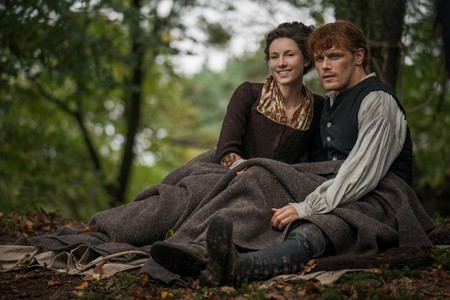 Heughan was the first member of the cast to be revealed before the series began, and he has gone on to star in a number of other projects, but Outlander remains his best work.

“Jamie is still a man of his time,” Heughan explains. “Claire is always guiding him to think differently, and we do deal with the issues of the time like the treatment of Native Americans and the slave trade.”

The fourth series will tackle historical events including the lead up to the American War of Independence. For Jamie, the knowledge he possesses of the future leads him try and shape a better America for his daughter, who is yet to be born.

Outlander Season 4 is released on Amazon Prime from 5 November