Richard Rankin On Time-Travel for Roger in ‘Outlander’

Richard Rankin joined Outlander at the end of Season 2 and has been an integral part of the series ever since. What’s in store for the intrepid historian in the new series?

Speaking exclusively to Culture Trip on set in Scotland, Rankin spoke about his admiration for his character Roger Wakefield and how he hopes the rollercoaster romance with Brianna (Sophie Skelton) will develop.

“She [Brianna] has had a profound impact on him,” Rankin says. 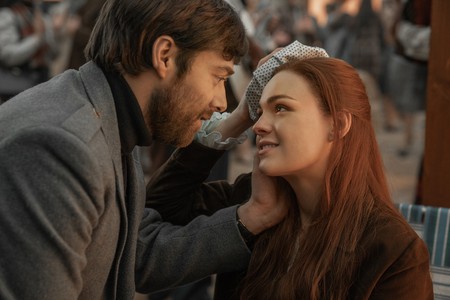 Roger’s passion for Bree is matched by his love of the past. “Would Roger thrive back then?” Rankin asks himself as we speak, something he says he has pondered many times before.

“My immediate answer is… No!” he laughs. “Not yet. Knowing the journey he goes on. He is a mild-mannered historian and has no experience of how people lived their lives. I think it would be quite intimidating for him.”

Fans have been speculating at how a meeting between Roger and Brianna’s father Jamie (Sam Heughan) would unfold.

“That would be great!” Rankin says. “This amazing, mythological Scottish hero that he has heard so much about. All good things from Claire. He’s a man of honour, integrity and passion. I think he would get on great with Jamie… I can’t see why not.”