Perfect Pub Walks in and Around Edinburgh 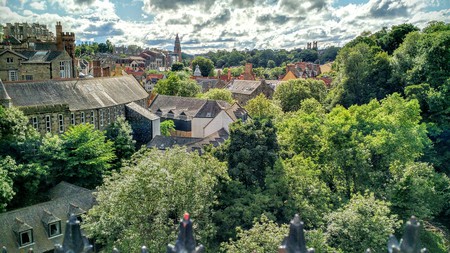 Whether you’re an architecture obsessive, self-confessed fun seeker or urban adventurer, the smorgasbord of culture in Edinburgh lends itself to some epic pub walks. Hovering close to some of the city’s optimal drinking arteries are a slew of walking routes worth seeking. So that you can drink your merry way around this spirited city, explore our edit of the perfect pub walks in Scotland’s capital.

Perfect for those looking to become acquainted with the city, the Halfway House to the Bow Bar and then the Blue Blazer is a braw way to start. Begin your drinking journey by Waverley train station and tackle the mighty steps up to Market Street. This enchanting confined stone alleyway is a prime example of a Scottish close. Infused with character, Halfway House will make the best first impression. After the first brew, trudge up the famous cobbled Royal Mile and swing a left towards Upper Bow. The compact Bow Bar is unpretentious and sports superb cask beers, single malts and pies. Next, nip to the historic Grassmarket area — take note of sublime castle views — and end your expedition at the Blue Blazer, a cracking old pub and magnet for a hodgepodge of personalities. The drinks menu, with its guest ales, 75 rums and 50 malt whiskies, is hard to beat. 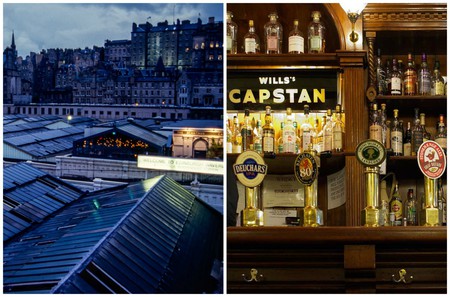 Yes, we call this route — Dean Village to the Botanics to Canonmills — the all-inclusive bottomless buffet walk, as the wealth of possibilities are never ending! This circular walk showcases some of the city’s best architecture, authentic drinking dens, shopping and striking scenery. Begin at the picturesque Water of Leith Walkway and meander towards Stockbridge. Swing by Dean Village, a UNESCO World Heritage Site, weaving in and out of the alluring gift and second hand shops while you’re at it. Stop at The Stockbridge Tap, an unassuming local with great gins, house ales and pub grub. After refueling, head to the Botanics and stroll through the grounds punctuated with beautiful plants and eye-catching Victorian glasshouses. After exiting through the East Gate, make your way to the Orchard and pick your poison. Next, the New Town. Embrace the beautiful architecture and wander forward in the direction of Circus Lane and then King George V Park. For the final destination, hit up The Antiquary, an intimate subterranean bar. 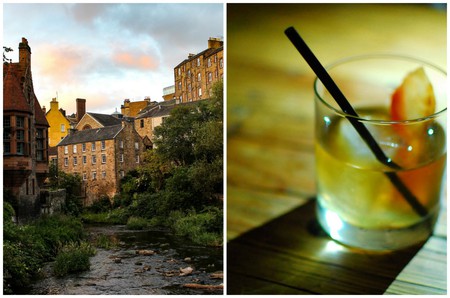 It may be a tad dramatic of a name, but this route is not your average amble-and-pint kind of trail. It will, however, be worth the wandering when the insanely striking panoramic views set in. Start by scaling Arthur’s Seat, Edinburgh’s mystical mountain peak attached to legends of King Arthur, and stop at the Sheep Heid Inn, perhaps the oldest pub in the city and even Scotland. This veteran booze palace has an old-school bowling alley and personality for days. If you can pry yourself away, saunter along the Innocent Railway Path until you reach the bottom of the hill. Next, canter along to the Auld Hoose, a trendy spot with a determined jukebox.

We all know that nothing goes better with water than whisky and a lone ice cube — at least in Scotland we do. Start this postcard perfect pub walk with a generous hydration session at the trusty old Stockbridge Tap. Then trace the Water of Leith Walkway all the way until you can smell the fresh sea air and see some of the best pubs in town. Although you could frequent Leith bars all day and night, extending the walk accordingly, two that stand out are Malt & Hops, an age-old pub dating back to 1749, and Teuchters Landing, a drinking institution overflowing with banter and endless booze choices. King’s Wark and The Lioness Of Leith are also strong contenders. 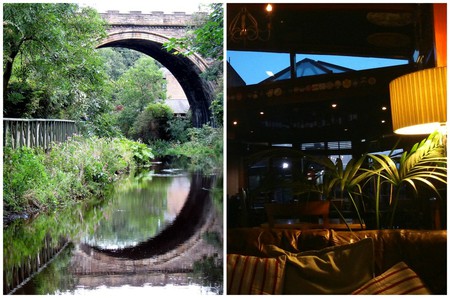 Begin your urban architecture adventure at Café Royal, a joyful vision to look at, and make sure to sample every whisky, ale and seafood platter in sight. Although Café Royal is striking enough to merit an all day kind of drink fest, start strolling along the magical lane that is Rose Street. Turn right at Charlotte Square and prowl Young Street until Oxford Bar enters the radar. This dynamite gem of a drinking den is as basic as can be and yet, nowhere else will you find better banter, sumptuous ales and a delightfully frill-free atmosphere. Literature lovers will know this place as an inspiration for Scots author Ian Rankin. When the next bar beckons, head to Kays Bar on Jamaica Street and revel in the whisky. It’s worth meandering the nearby streets, if only to absorb the striking Georgian edifices and welcoming windows. 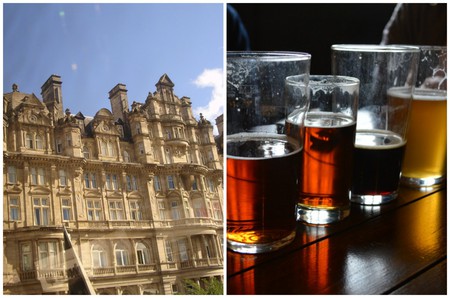