Speaking to Culture Trip from one of the new Outlander Season 4 sets, Caitriona Balfe reveals what happens next to intrepid adventurers Jamie and Claire Fraser in the globetrotting series.

Over the course of the three Outlander seasons, we’ve followed Claire Balfe as she travelled to several locations in search of a place she can truly call home. The latest series picks up where the last left off: on the shores of America.

“As we progress through this season, I do think Claire and Jamie find their home. It’s a big theme of this season. She has an emotional connection [to America], having already been there,” Balfe says.

The Irish star also highlights how the Frasers are essentially an immigrant family, and how Claire’s outlook on life – forged in the 20th century – will play a part in the development of the series, which is set predominantly in 17th-century America. 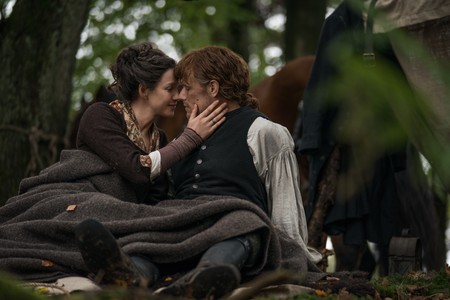 Balfe also believes that the series has something to say about modern America: “I didn’t know much about American history,” she says. “I lived there for a decade, but didn’t go to school there so you don’t know much about the history. It’s been interesting to see that, especially in the context of today’s conversations that are happening. I think people forget sometimes what their origins are.”

Claire remains one of the strongest female characters on screen, proving she has what it takes to thrive in several eras. Joining the cast this season is another powerful woman: fan favourite Aunt Jocasta (Maria Doyle Kennedy).

“She is a fantastic character, definitely a force to be reckoned with,” says Balfe. “There is a respect and admiration, but, for Claire, the setup Aunt Jocasta has is quite difficult to accept. That causes some strain in their relationship. There is also some vying for Jamie’s attention.”