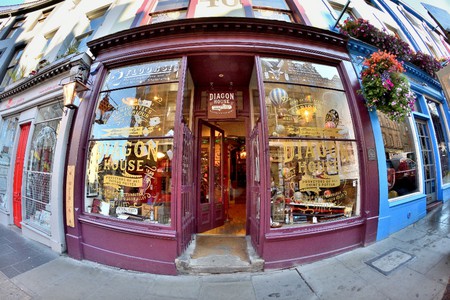 Just in time for the 20th anniversary of the publication of Harry Potter and the Philosopher’s Stone, Edinburgh is spellbound by the arrival of Diagon House at 40 Victoria St. A playground for Potter fans, this meticulously curated Potter emporium is so magical that it boasts queues to rival those of a Quidditch World Cup.

Brimming with official Harry Potter merchandise and bespoke gifts crafted from local artisans, Diagon House offers an inimitable and immersive shopping experience. Curiosities range from stuffed Hedwigs and Potter pin badges, to chocolate frogs and everything and anything else in between. 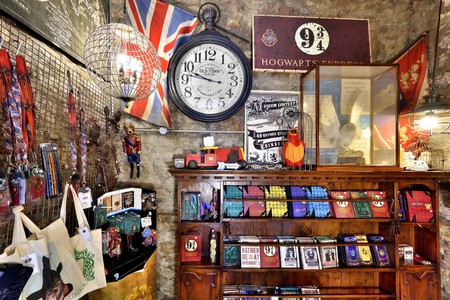 The swoon-worthy range of cosy wool scarves come in Gryffindor, Ravenclaw, Slytherin and Hufflepuff house colours and take the crown as the only officially licensed Harry Potter merchandise made in Scotland.

Those with a penchant for Potter paraphernalia can take home their own Nimbus 2000 and a diverse range of fantastical interior accents, telescopes, writing sets, magnifying glasses, quill pens, brushes and even hot air balloons. Adding to the authentic Diagon Alley-esque feel is the original shop counter complete with the age-old National Cash Register, dating back to the 1800s. 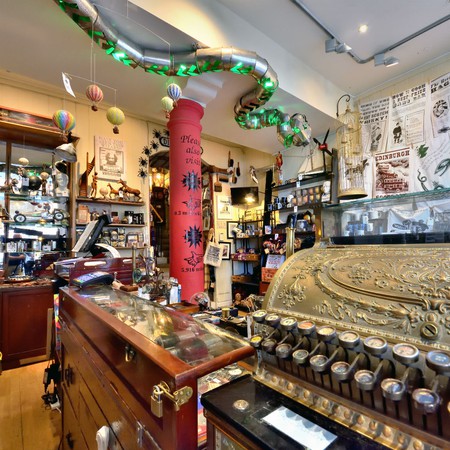 Lined with a patchwork quilt of cobblestones and a vibrant assortment of colourful independent shops, Diagon House is perfectly positioned on Victoria St, built between 1829 and 1834 and the supposed inspiration for JK Rowling’s popular shopping haunt for wizards and witches.

Victoria St’s eclectic pick and mix of striking architecture whispers of the days when the ‘Wizard of the West Bow’ supposedly frequented a house in the vicinity before facing execution in 1670 for partaking in witchcraft. 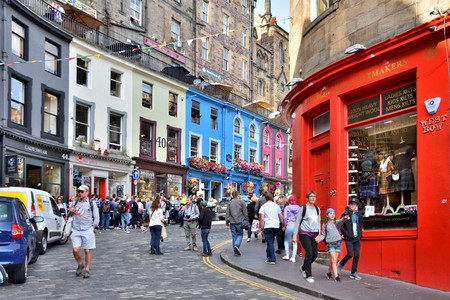 Just as every street has a story, Diagon House is forever entwined with its heritage as a brush shop, as described by Diagon’s proprietor, renowned independent retailer and leading conservation architect Andrew McRae:

‘The shop holds a special place in the hearts of Edinburgh people as the home of Robert Cresser’s Brush Shop which traded from these premises for over 130 years. The family would have originally lived on the top floor, making brushes and broomsticks in the middle floor workshop and selling them from the ground floor shop.’ 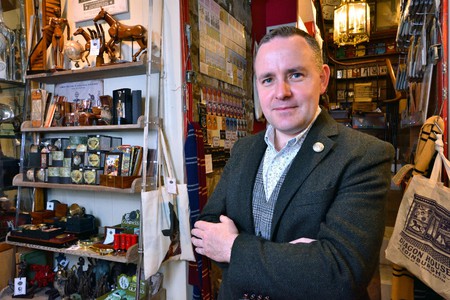 Robert Cresser’s Brush Shop operated from 1873 to 2004 and spanned the whole brush and broomstick gamut from bagpipe cleaners to chimney brushes. Out of all the small local businesses around town, there is no better pick than Diagon House to carry on the legacy of 40 Victoria St. Think of it, if you will, as holding the same significance to muggles as Ollivanders has to the witchcraft and wizarding world! 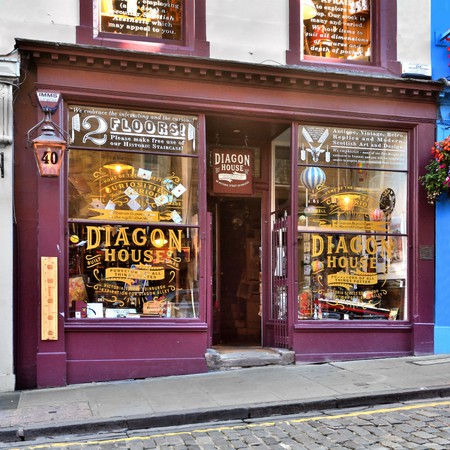 With queues weaving all the way down Victoria St (before it even opens), Diagon House already has a cult following, extending opening hours to accommodate the crowds. The success of this enchanting Harry Potter dreamland owes credit to the discerning eye of Mr. McRae, who uses his professional background in design and conservation to influence his hand-picked selection of bespoke Potter curiosities. And marvel you will. 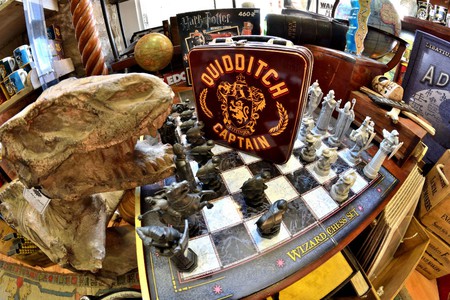 ‘I wanted to create an authentic shopping experience that arouses the visitor’s curiosity and reflects my own passion for period property and quality craftsmanship. The effect is a higgledy piggledy display of carefully curated gift and home interior items that visitors love to explore and can enjoy the feeling of discovery. Official Harry Potter merchandise can be found amongst work by local artists and a whole range of weird and wonderful curiosities to suit all pockets. It’s definitely the immersive experience that people are queuing up for’. Adam McRae 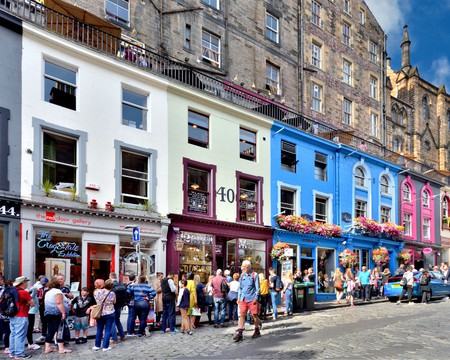 Head over heels for all things Harry Potter? Click here to discover the most magical Scottish places every hardcore Harry Potter fan simply must visit.