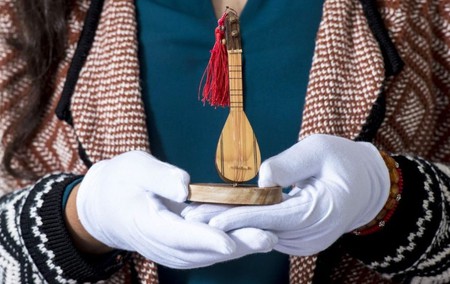 With the view that no human is illegal and when social solidarity and acceptance are more pertinent than ever, Glasgow has opened its doors to a brand-new permanent display that gives voice to people who formerly sought refuge and who were once asylum seekers.

In honour of Refugee Festival Scotland, St Mungo Museum of Religious Life and Art has become home to New Scots, a powerful display featuring objects that spotlight the stories of former refugees and asylum seekers in Glasgow.

The display grew from a year-long community engagement project between 30 people, all of whom are members of Glasgow’s diverse community of refugees and asylum seekers who have called Scotland’s largest city home for the past two decades. 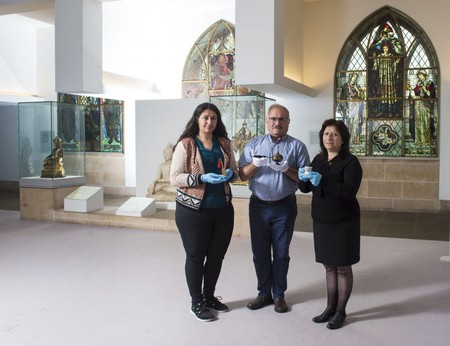 Chosen from the Glasgow Museums Collections or donated by people who know first-hand what it’s like to be uprooted from their lives, suffer displacement and forced to seek refuge, the series of objects will live in the museum’s Scottish Gallery and illustrate pressing issues like cultural identity and the true meaning of ‘home’.

Chair of Glasgow Life, Councillor David McDonald said, ‘The diversity of communities throughout Glasgow is one of the city’s greatest strengths. Our daily lives are enriched with the influence of the myriad of traditions and cultures.’

He added: ‘Through this display, we can share and learn from the stories of refugees and asylum seekers whose personal journeys have brought them to make their homes in Glasgow. This is both humbling and inspiring, for all of us who call Glasgow home, and for visitors who will be able to understand better the fabric of Glasgow thanks to the New Scots.’ 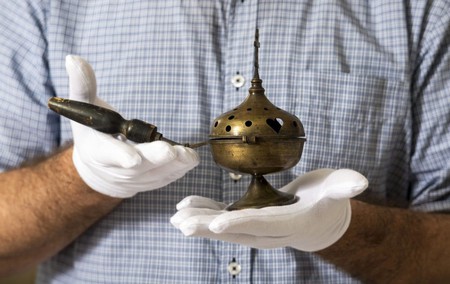 One of the New Scots highlights chosen from the Glasgow Museums Collections by two Syrian teenagers is a print of a painting called Peace by leading Scottish artist Ken Currie. When asked about the personal connection with the painting, Jalal and Yazan said, ‘We saw this painting in the museum stores and like the mix of all the different people working together. They are working hard and trying to build their city and doing what they know best.’ The teens went on to state that ‘this reminds us of what is going on in Syria. The banner that says “jobs not bombs”.’

Alongside an accompanying film, other selected objects include a North African Darbukka or hand drum and qabqab stilted bath clogs from the former Ottoman empire dating back to the 19th century. 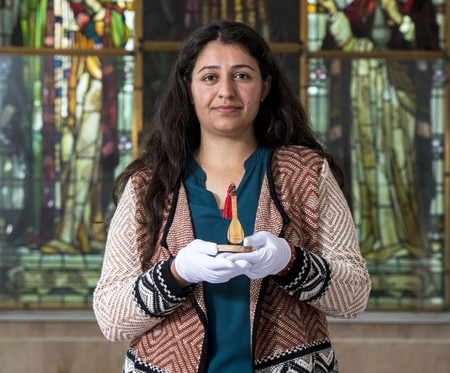 Some of the donated objects are an ornate lace table mat and a decorative sugar dish, both of which come from Kosova but with their own narratives to tell. The latter belongs to a woman named Reema from Kosova who explained that ‘this is the first object I bought when I got my first wage when I started working in 1973. I really loved ornaments. It is handmade with the traditional filigree-making skills of the Kosovar Albanians.’

Sabir Zazai, chief executive of the Scottish Refugee Council, said, ‘The story of people seeking refugee protection and rebuilding their lives in a place of safety is part of the story of Glasgow itself. This exhibition gives old and New Scots a chance to learn a little more about each other in a very personal and powerful way.

‘Just like Refugee Festival Scotland, it gives people from different backgrounds the chance to get to know each other better, to find out a little about each other’s cultures and to discover the things we have in common.’ 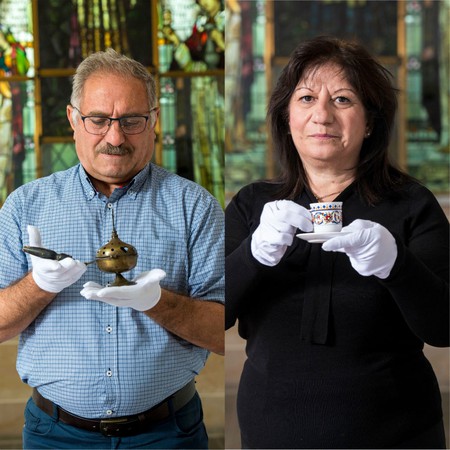 For two weeks every year, Refugee Festival Scotland unites communities to celebrate the vibrancy and diversity that refugees bring to Scotland. From Congolese poetry and music to Syrian food, the festival embraces people from all walks of life and provides exposure to a wealth of wonderful cultures. Indeed, the 2018 iteration featured over 30 refugee community groups. 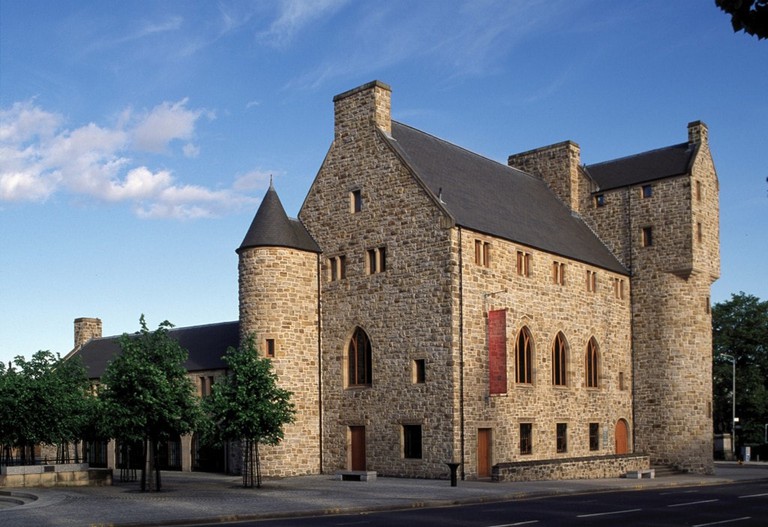 St Mungo Museum of Religious Life and Art, Glasgow, Scotland | © Glasgow Life / Courtesy of Glasgow Life
Whatever your spiritual stance, the award-winning St Mungo Museum of Religious Life and Art is one of Glasgow’s many must-visit attractions. Named after the city’s patron saint who brought Christianity to Scotland during the 6th century, the museum covers all the major religions of the world and aims to encourage understanding, acceptance and respect between people of all faiths. Found near the striking Glasgow Cathedral and Provand’s Lordship, Glasgow’s oldest house, there’s a constellation of compelling displays, wondrous artworks, and artefacts to explore, including the Islamic Calligraphy sculpture and the UK’s first-ever Zen garden.
Open In Google Maps
2 Castle Street, Glasgow, Scotland, G4 0RH, United Kingdom
+441412761625
Visit Website
Visit Facebook page
Give us feedback