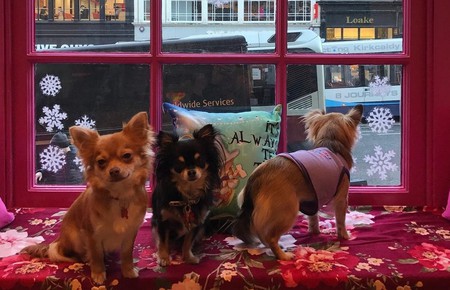 In dire need of a strong dose of furry, unconditional love? Join the delightful pack at Edinburgh Chihuahua Café, the latest addition to the wave of animal cafés taking the world – and now Scotland – by storm.

Despite having opened its doors just last month, Edinburgh Chihuahua Café has already become the toast of the town. Staffed by dog lovers and eight bundles of canine joy, guests can enjoy a scrumptious array of refreshments, as well as the adorable company of the free-roaming Chihuahuas in the café. Inspired by café owner Tanya Salitura’s strong bond with her pet Chihuahua, Ama, the café encourages its guests to engage with the pups, pointing to studies that suggest that the mere act of petting a dog has been shown to relieve stress and improve mental well-being. 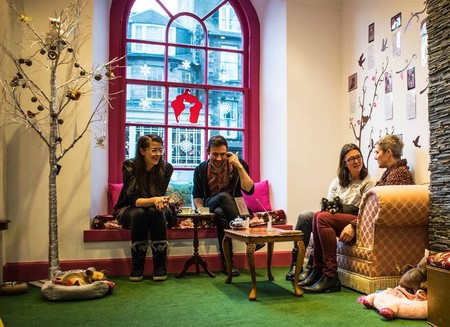 Such animal cafes have recently experienced a strong surge in popularity in the West, though they’ve been a hit in Asia since 1998, when the very first cat café opened in Taipei, Taiwan. As the housing market in dense urban centres continues to balloon the world over, fewer young people in cities are able to buy homes outright. Many must settle for rented apartments, which are usually reluctant to allow pets on the premises, and thus are deprived of animal companionship. Animal cafes have therefore become a means of fulfilling that void, allowing people access to a pet without the commitment. Since its inception, the animal café concept has expanded to include a mind-bogglingly wide menagerie of creatures, such as hedgehogs, penguins, rabbits, goats, snakes (!?) – and now, Chihuahuas. 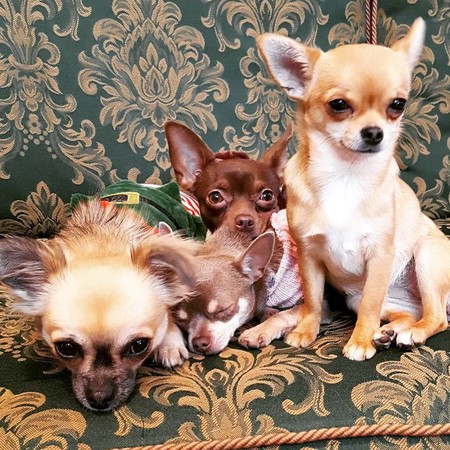 Despite the joy they bring to their human guests, the team at Edinburgh Chihuahua Café go the extra mile to ensure the well-being of their pups comes first. Patrons of the café are forbidden to bring their own pets to the café so as not to spook the Chihuahuas, and the dogs are given plenty of natural breaks and fed a balanced diet. The Edinburgh Chihuahua Café focuses exclusively on these pint-sized pooches, as they require less exercise than larger breeds and are affectionate by nature. Their friendly and respectful ethos extends to all corners of their business too, from their commitment to British suppliers to their use of biodegradable dog waste bags!

So next time you’re in Edinburgh, why not turn off the high street and stop by for a cake and a cuddle with the most adorable pups in town? After all, who can say no to these little faces? 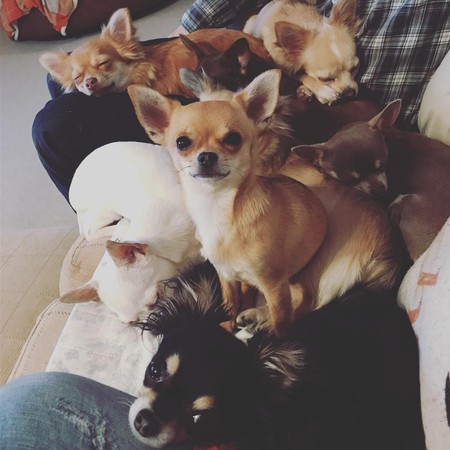 © Courtesy of Edinburgh Chihuahua Cafe
Give us feedback