Incredible Lochs In Scotland To See Before You Die

Loch Rusky | © john mcsporran/Flickr
Each with their own unique lure, it’s impossible to ignore the elusive beauty and unwavering intrigue associated with Scotland’s countless lochs. The word ‘loch’ is simply the Scots Gaelic for lake, with the Lake of Menteith being the only ‘lake’ in the land. Humbling to witness (there are at least 31,460 of them), experiencing these glistening waters is a must for any bucket list. Here, we’ve gathered the ten most incredible Scottish lochs to see before you die.

With almost unfathomable beauty, Loch Awe could not be more appropriately named. The longest freshwater loch in Scotland, this stunner never fails to leave even the most talkative folks utterly speechless. From salmon schools and multiple castle ruins to accompanying islands, every essence of this magical sanctuary will leave you in absolute awe. 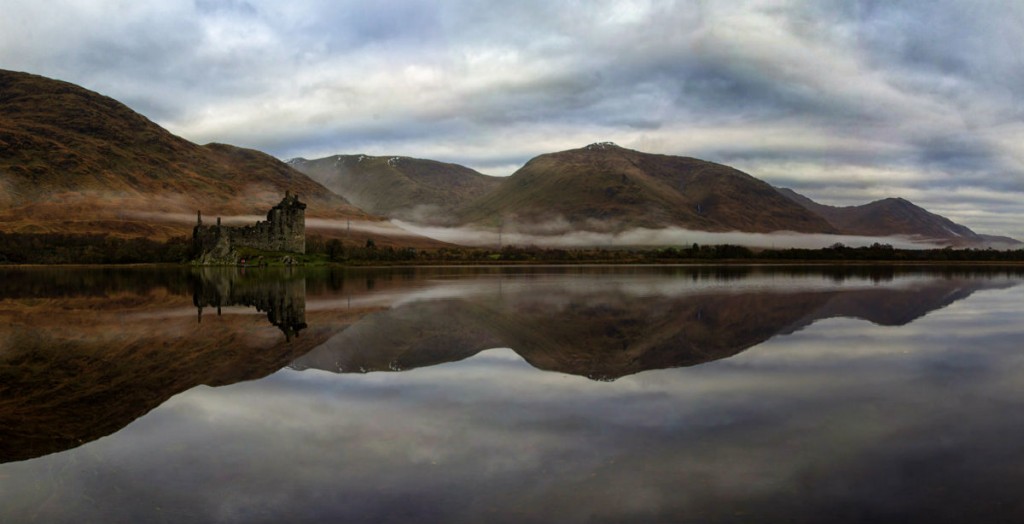 The kind of place akin to dreams and great novels, Loch Earn in the central Highlands is menacingly handsome and notably narrow. Guarded by Mirror Man, a sculpture by artist Rob Mullholland, this loch has a mind of its own. Like Lake Geneva and Lake Garda, Loch Earn is governed by nature and possesses its own ‘tidal system’ or seiche, which is interlinked with the impressive prevailing winds. 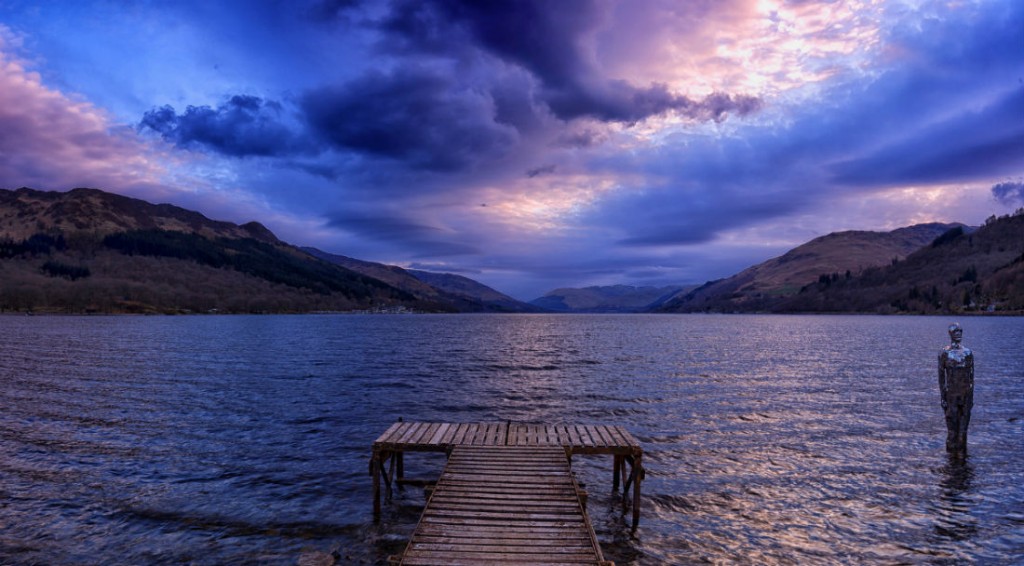 Always a profound sight, one glance at the majesty exuding from Loch Rusky will leave you the good kind of breathless. This miniature loch near Callander is neighbors to the Mentieth Hills and fascinating Torrie Forest. ‘Rusky’ acquired its roots from the Gaelic ‘Loch an Rusgaidh’ and translates as ‘Lake of the Peeling’. 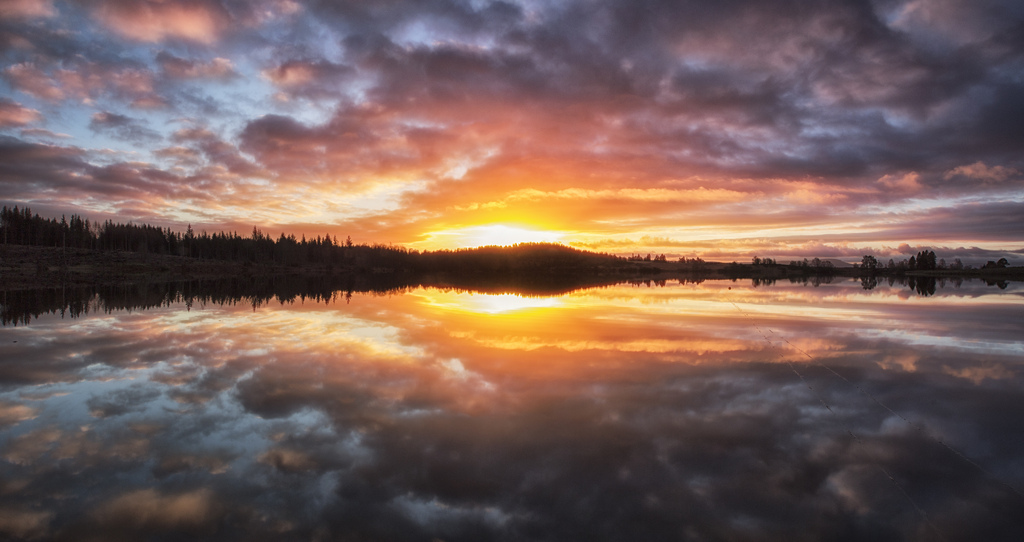 Loch Ness, Scotland’s most famous loch, has long been a lure for tourists, scientists, anglers, saints and cryptozoologists alike, thanks to notorious denizen of the deep, Nessie. With a vast sweeping 22 square mile surface and an ambiguous murky 755 foot depth, this mysterious spot is the second largest and second deepest loch in Scotland. What lurks beneath however, will forever enrapture. Often described as the most beautiful loch in the Highlands, Loch Maree sits unassumingly in Wester Ross. Thought of as a sacred cure, the water is said to combat lunacy. The story goes that this elusive loch has its own monster, Muc-sheilche. Perhaps this creature safeguards the secrets from the ruins of the chapel, graveyard, Holy well and Holy tree, all of which inhabit Isle Maree. 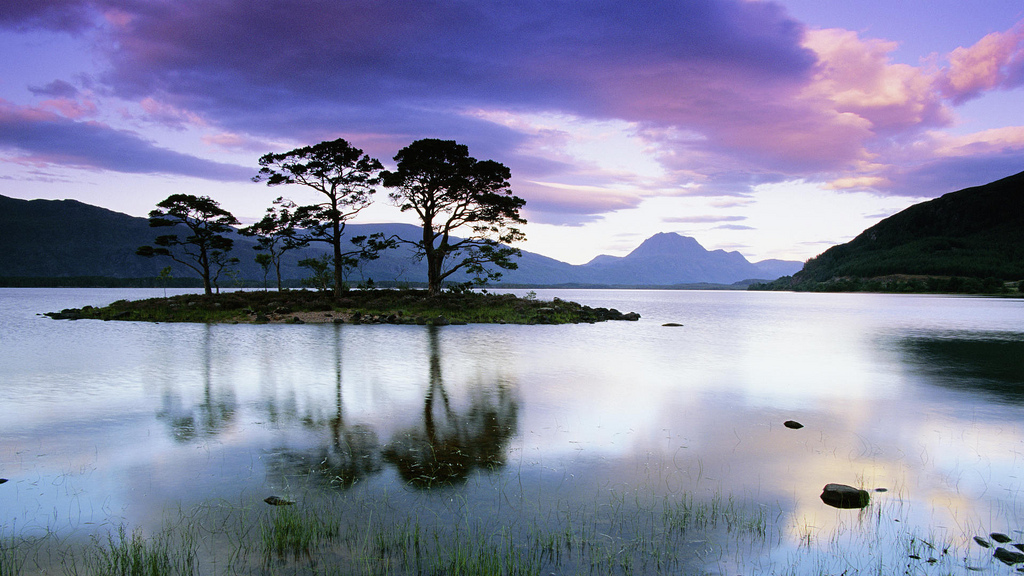 Guarded by mountains and drenched in divine light, Loch an Eilein is guarded by the whispering Rothiemurchus Forest just a stone’s throw away from Aviemore. ‘Loch an Eilein’ translates to ‘Loch of the Island’, and attracts a never-ending string of avid walkers, all awaiting to experience the enchanting scenery. Amidst this peculiarly shaped loch sits the ruins of an intriguing 15th century castle said to be besieged by the Jacobites. 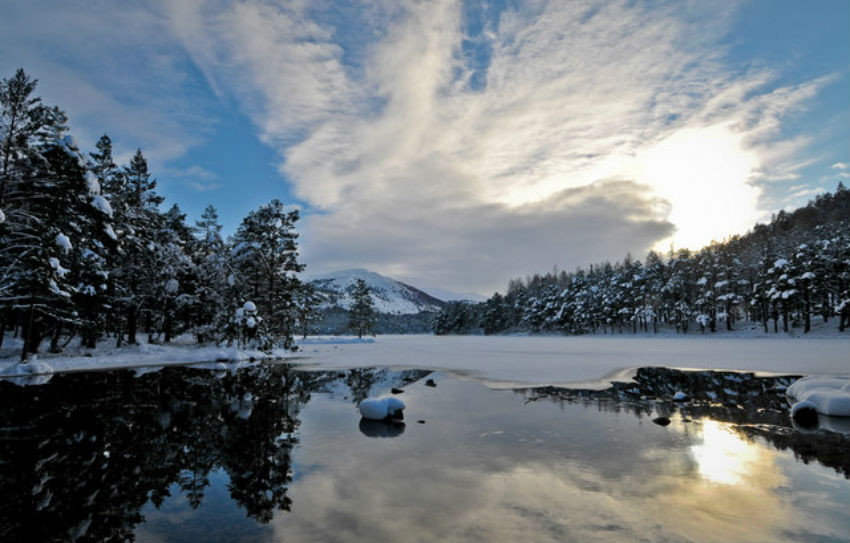 The resplendency amidst the reflections of dancing mirrored mountains as they meet the truthful water of Loch Arkaig is the kind of sight that forever stays imprinted in the mind. Situated in Lochaber, word has it that this beauty was once home to a water horse or kelpie. Less visited than other lochs, Loch Arkaig is an impressive 12 miles in length and deeper than deep. 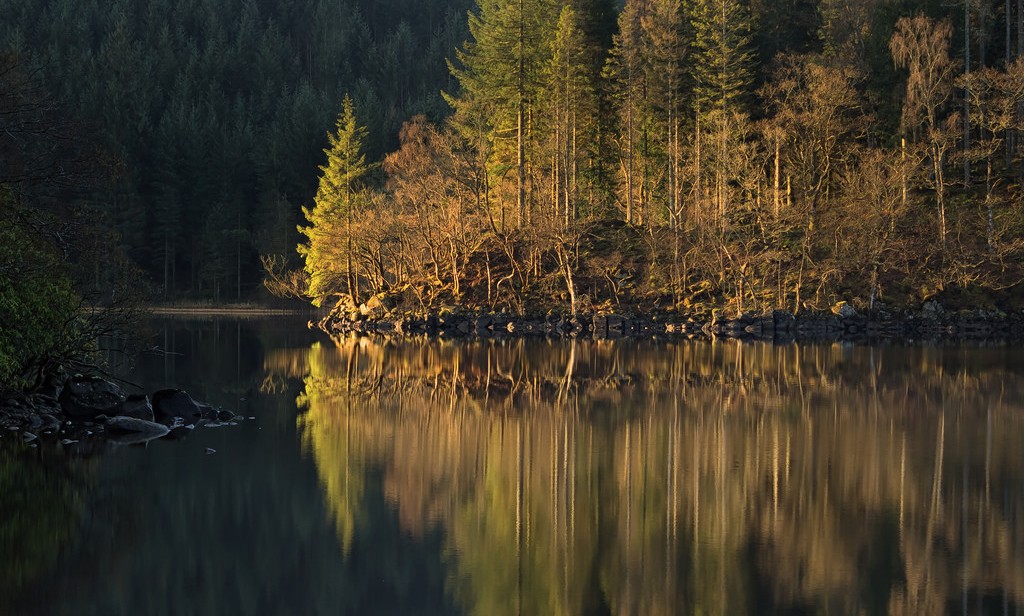 A popular spot for avid anglers in search of the most beautiful brown trout, Loch Achray is a pure gem stationed between Loch Katrine and Loch Venachar, amidst the enchanting Trossachs. It may be small but don’t let it deceive you — Loch Achray has a personality bigger than Nessie and boasts some of the most captivating woodland reflections in Scotland. All in all, it’s nothing short of a fairytale land. 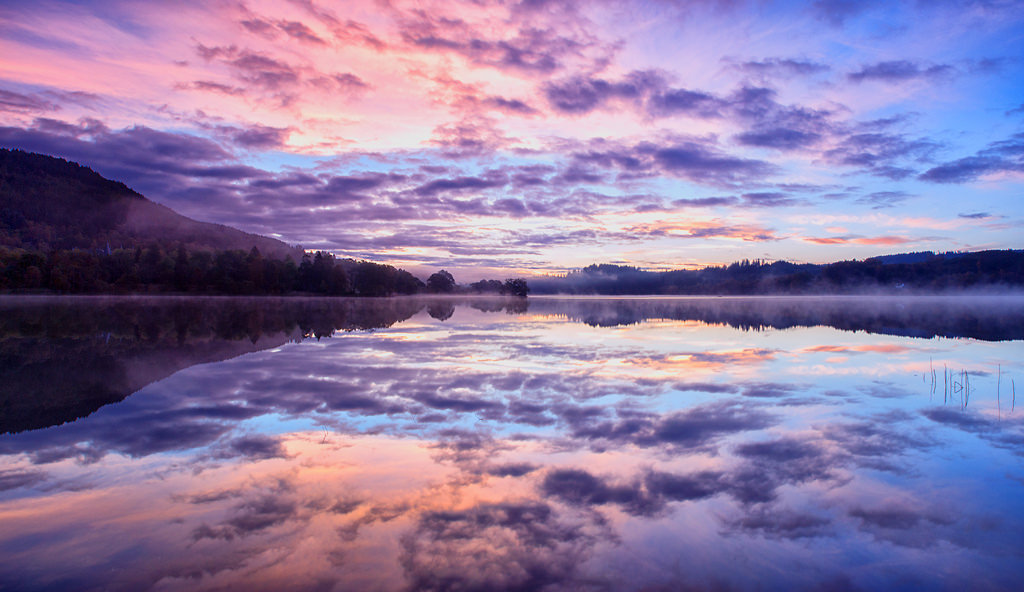 Surrounded by an artist’s palette of rich greens, browns and yellows, Loch Muick is unashamedly rugged and perfectly appealing. Situated just south of Braemar, this loch also has a sprinkling of blue as it slinks within the vicinity of the royal residence, Balmoral Estate. Loch Muick is home to a happy population of wildlife, birch trees and Glas-allt Shiel, or the ‘Widow’s Hut’ — the 1868 hunting lodge bought for Queen Victoria. 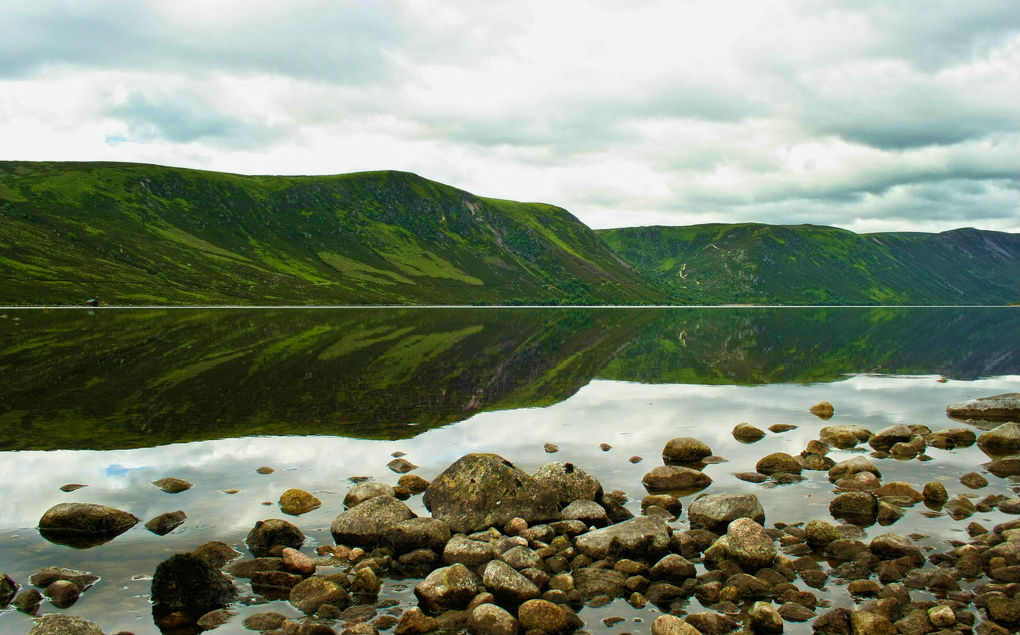 Mystifying and graceful, the sky is forever smiling down upon Loch Katrine. The levitating wispy white mists that often cover her are haunting and profound. This beauty resides gracefully amidst the Trossachs in the Scottish Highlands and is Glasgow’s main reservoir. Riddled with such ineffable intrigue, Loch Katrine is the fictional setting of Sir Walter Scott’s poem The Lady of the Lake and Gioachino Rossini’s Opera La donna del Lago. 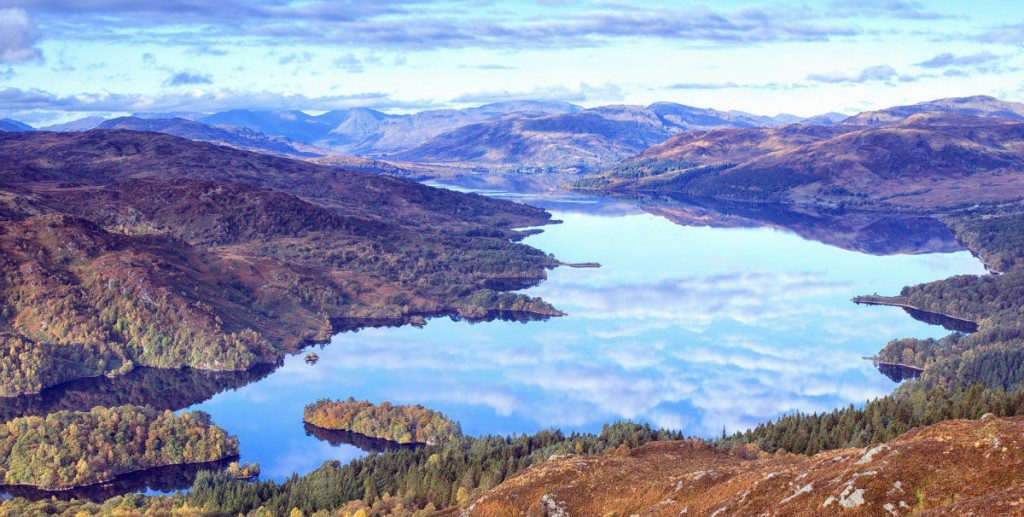