How Queen Victoria Fell in Love With Scotland 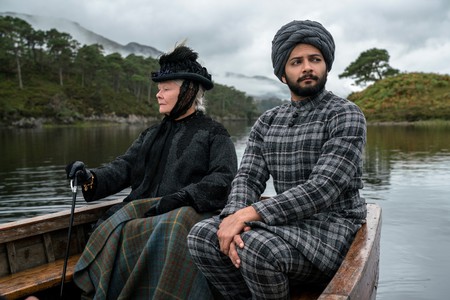 Stephen Frear’s latest film Victoria & Abdul primarily explores the bond between one of the world’s longest reigning monarchs and her Muslim personal attendant. However, as we’re about to see, the film also reveals the special relationship between Queen Victoria and the Scottish Highlands…

The story of Victoria and Abdul is an emotional journey highlighting the opposition such an unlikely friendship had to endure during the reign of the monarch. Having already lost her beloved husband Albert, Victoria found solace in Scotland and its people. John Brown was famously associated with Queen Victoria (and he himself was the subject of a previous film starring Billy Connolly). 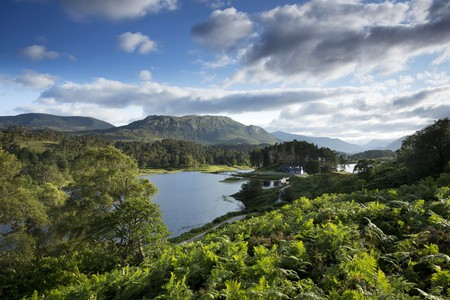 Victoria was a champion of Scotland, and a frequent visitor. Dismissing the bad blood between England and the Northern domain, the royal family regularly stayed at Balmoral after purchasing it outright in 1852. Prior to that, Victoria and Albert had stayed at Blair Castle – a location we were lucky enough to visit on our recent visit to the Highlands.

Our trip to the locations of Victoria & Abdul, however, began in Inverness. 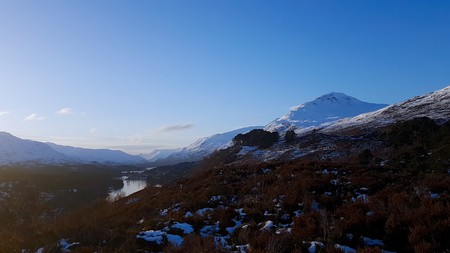 When speaking to a local of the area, we were asked if we had ever been to Scotland before. When we replied ‘Edinburgh and Glasgow’ (arguably the two best-known destinations in the country), the response was brutally honest:

The breathtaking views are instant confirmation of this. Whereas Edinburgh and Glasgow are pretty enough, and offer plenty of the creature comforts one would want as a tourist, they really can’t compete with the spectacular mountains and lochs of the Highlands. The weather was predictably bracing, something that Abdul Karim found on his first few visits to Scotland too. 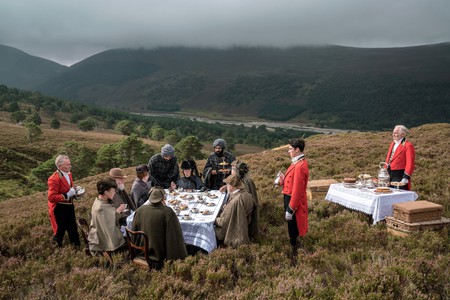 Also known at ‘the Munshi’, Hafiz Mohammed Abdul Karim was an ever-present companion to Queen Victoria in her later years. Having arrived in England from his native India to present a commemorative coin at a royal banquet, Abdul was picked out by Victoria and went on to serve as her personal teacher (the term ‘Munshi’ comes from ‘teacher’ in Urdu).

Abdul wasn’t embraced by many, but his strongest ally was the most powerful woman on the planet. Even so, he complained to her about the Scottish attire he was given, saying that it was ‘scratchy’, to which Victoria replied: ‘Everything in Scotland is scratchy’.

At least that’s what the film tells us… we can neither confirm nor deny this claim based on some of the outfits we tried out while in Scotland. 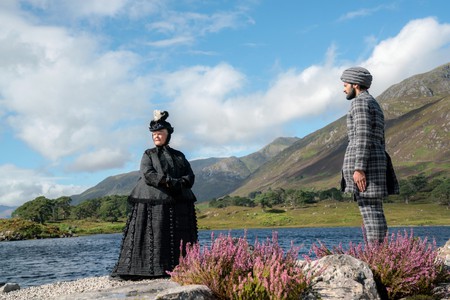 Known as ‘The Capital of the Highlands’, Inverness is well serviced by a small yet functional airport. A short drive away is the world famous Loch Ness, which is notable for more than just the mythical monster that is said to stalk its waters. Loch Ness is the largest loch by volume in the UK, and reaches depths of 230 metres (755 feet).

There are plenty of souvenir shops for those looking to find their own monster, and some interesting scientific research available in the nearby museum. The sheer vastness of the loch is impressive, and you’ll feel like you’ve earned your lunch at The Loch Ness Inn, which has a hearty menu very in-keeping with much of what is on offer in the area. 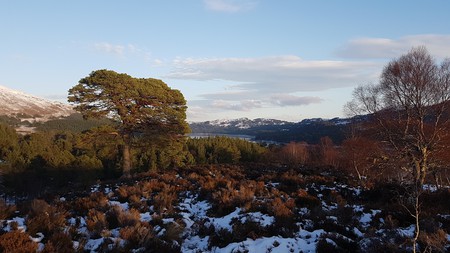 It’s a good idea to keep moving when the weather is this cold, and we soon set off for one of the main filming locations featured in Victoria & Abdul. Glen Affric is staggering in both its natural beauty and sheer remoteness. It could pass for the impenetrable forests of North America and, with the snow capped mountains in the distance, it genuinely felt like we had left the UK at some point on our short flight over from London.

To get the full royal experience, we headed off for a banquet in one of the many castles in Scotland that hosts overnight guests. 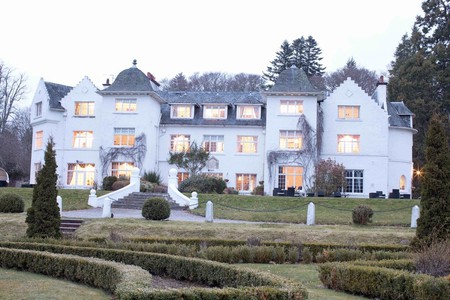 Achnagairn Castle is built around the motto ‘escape the ordinary’ and you will be doing just that when you visit. Each of the rooms in the main castle are individually styled and themed. And this isn’t simply a case of a different colour of paint being slapped on the walls, either. There are rooms with free-standing baths, luxurious jacuzzis and four-poster beds. For those looking for a perfect wedding venue with onsite accommodation, you can rent out the entire castle complete with 24 rooms that can comfortably accommodate 55 people.

There is also the option of renting one of the seven luxury lodges on the estate too. These ‘mini-manors’ are also carefully styled and make for a great way to escape from the cold outside.

We enjoyed a screening of Victoria & Abdul before a special Scottish/Indian fusion meal was served for the occasion. It’s not every day you get spicy curry with fresh Highland fish, but it definitely worked! 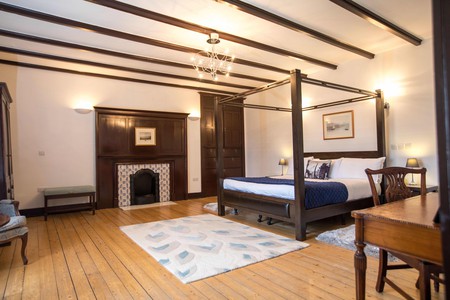 After a restful night we were up early to head into the CairnGorm Mountains. The National Park is huge and hints at some of the activities you can undertake. Once again – the fact that these views exist in the UK is hard to believe… but it’s true! 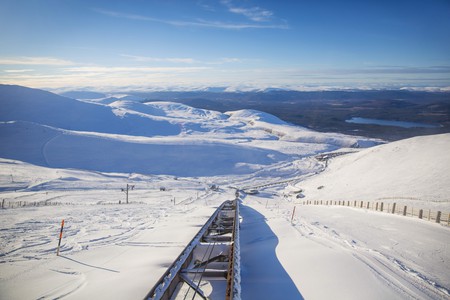 The best (and quickest) way to the top of the mountain range is the funicular railway. It is, unsurprisingly, the highest such railway in the UK and offers an incredible overview of the Highlands. And there’s a hot drink available (even at 1,067 metres (3,500 feet) up). Take in the views or, if you’re feeling adventurous, get your skis on and hurtle down.

We took the safer route back down as we had an exciting final stop before leaving Scotland. The Blair Atholl Estate played host to Queen Victoria and Prince Albert on their second visit to Scotland, and it’s rumoured that this is when the royal family decided to purchase a permanent home north of the border.

Blair Castle is now best known as the home to Europe’s last private army, the Atholl Highlanders. The estate has a vast ballroom and a huge array of weapons that were used on the battlefield during the bloody Battle of Culloden. 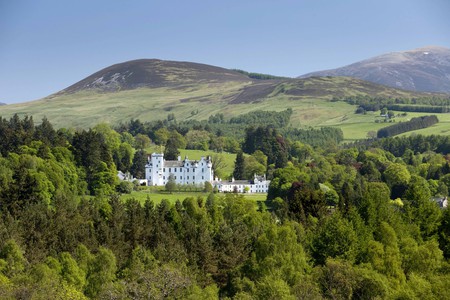 Even in the space of two days, it is easy to see why Queen Victoria (and pretty much every one of her descendants) fell in love with Scotland. The quietness and unspoiled beauty are exceptional (and it’s likely stay that way, considering locals know it’s the main draw for tourists).

One can only imagine what Abdul Karim made of it all. Sadly, almost all of his private letters and journals from his time with Victoria were destroyed, although there have been recent discoveries that helped shed light on the incredible impact he had on this particular period of British history.

For more info about movies filmed in the Scottish Highlands, our host, Visit Scotland, has created this helpful map.SaveSaveSaveSave