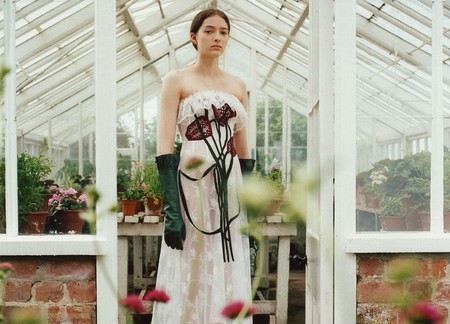 Scottish powerhouse Christopher Kane is celebrated for off-the-scale talent, including his otherworldly tailoring, signature stand-out shows and overall chic. With themes ranging from science fiction to sexuality, each collection reveals a new insight into his fashion-hungry mind. Whether glaringly obvious or subtle subconscious undertones, much of Kane’s inspiration is autobiographical, which leaves his Scottish roots and Glaswegian charm no chance but to inform much of his inimitable design prowess.

“I came across a photograph of the Glasgow Four and it got me thinking about the works of Charles Rennie Mackintosh and his wife Margaret, and how their work influenced modern art and design”, says Christopher Kane. 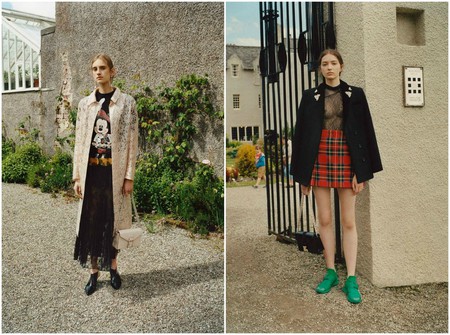 The ‘Glasgow Four’ refers to the informal creative alliance of Charles Rennie Mackintosh, James Herbert MacNair, and sisters Margaret and Frances Macdonald, who met at the Glasgow School of Art around the mid 1890s. This dream team of innovators are famed for their vision which evolved into the world-renowned ‘Glasgow Style’. Along with his personal relationship to Scotland, Kane sought inspiration from the furniture, architecture and textiles of Mackintosh. 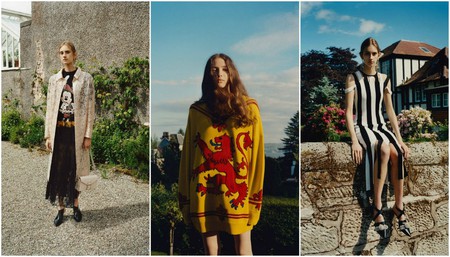 Kane’s Resort 2018 was shot at Hill House in Helensburgh. As one of the most famous works by the Mackintosh’s, this asymmetric architectural masterpiece acts as the backdrop for alluring models adorned in suspended frills, white lace dresses embroidered with fritillaries (in honour of Margaret Macdonald’s stylised drawings) and a daring black tunic complete with bugle beads and Mackintosh ‘Glasgow rose’ motifs.

“It also made me feel very proud and patriotic of this highly important movement which originated in Scotland and I wanted to celebrate that. The collection has subtle nods to this movement whilst also looking at my domestic working class roots.” 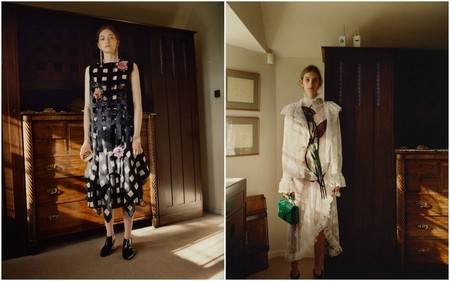 Other notable Scottish-isms woven throughout Kane’s collections include the array of coveted Devine handbags available in various tartan prints. Subtle tartan trimmings have also made an appearance on the likes of leather jacket collars before. Likewise, Kane is known to favour Scottish materials and fabrics like Harris Tweed and Johnstons of Elgin cashmere — a testament to the country’s rich design heritage and the designer’s deep affinity to his background. 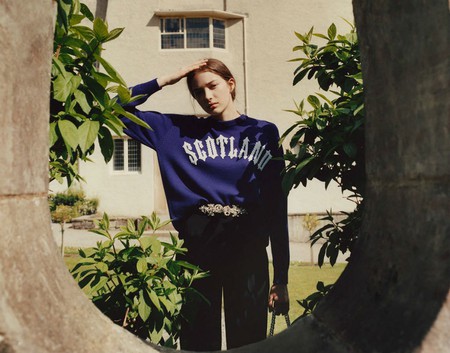 Just as fiercely chic and playful as his women’s designs, Kane’s latest men’s collection features a vibrant red tartan bomber jacket, regal-purple ‘Scotland’ knit jumper with punkish tartan lettering, and a ‘Kane’ sweatshirt and t-shirt, both of which are stamped with the same punk font, again in Royal Stewart tartan. In another tribute to the Golden Four, a men’s black t-shirt showcases the iconic Mackintosh-designed ‘Chair With High Back’ from Hill House in 1902. 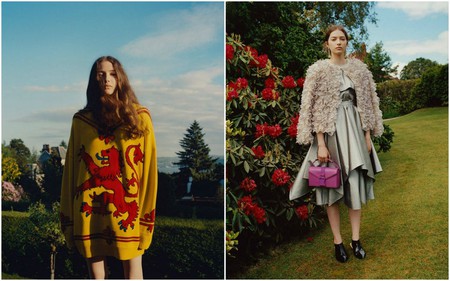 Although Kane may channel his Scottish roots for certain design influences, his immense love for the outsider and rebel archetypes — along with his own personal life’s narrative, observations and musings — ensures a commitment to genuine and authentic portrayals. In short, you’re never going to find a bastardised Scotland in Kane’s collections. After all, there’s a raw and timeless simplicity to the allure of home.

And for the times when you think there is not so much as a thread of Scotland found in a Christopher Kane season, just remember, you can take a Scot out of Scotland but you can’t take Scotland out of a Scot! Only that gallus Scots sensibility could spur one to bust out the stone-studded Crocs to start an ugly shoe revolution — and succeed! 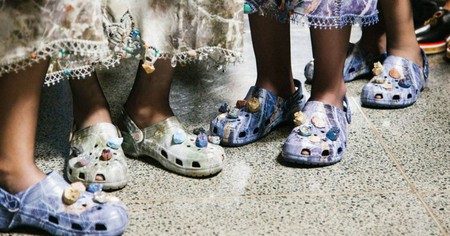 Shop the latest and greatest collections of Christopher Kane now.