Hogmanay: The Story Behind The Spectacular Scottish Celebration

Amidst the fireworks, joyous folk, champagne flutes, and confetti, the chiming sound of bells resonates over every space and the tunes of pipers ignites the soul. Ceilidh bands are fueling the music for shindigs left, right, and centre. Barrels of whisky appear in abundance. Parties filled with dancing galore pop up out of nowhere. When the clock strikes midnight on the December 31st each year; every town, village, farm, and city in Scotland is overflowing with festive spirit, as the people link arms and belt out Auld Lyne Sang. This is Hogmanay.

Hogmanay is a term used by the Scots to refer to the last day of the year. Essentially, it’s what other cultures call New Year’s Eve. However, there’s something extra special about welcoming the pending year in this bonnie land. For decades, Scotland has held some of the most gargantuan and momentous Hogmanay celebrations of all time. Edinburgh, in particular, is famed for holding the biggest of the lot, and is graced with all the extra bells and whistles. From the torch light procession to fireworks, parties, live bands, and ceilidhs, Scotland’s capital never fails to enter the New Year in style. 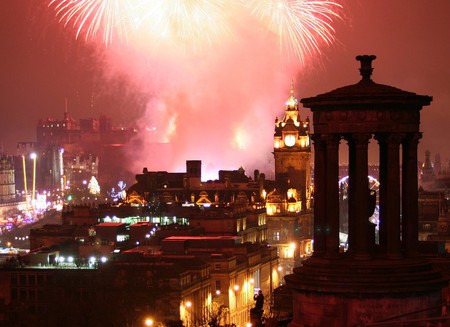 The etymology of ‘Hogmanay’ is a tad ambiguous. For instance, the oldest suggested theory appeared from the 1693 Scotch Presbyterian Eloquence, which believed that it came from the Greek words for ‘Holy month’. On the contrary, three primary modern theories allude to the word possessing French, Norse, or Gaelic roots. Interestingly, the very first recorded Latin entry came about in 1443 as ‘hagnonayse’, whereas the first English version came to fruition in 1604 as ‘hagmonay’ in Elgin. Like almost anything, debates surrounding the origins of the word could continue for all eternity. In the meantime, Hogmanay is here to stay and is the epitome of a true party. 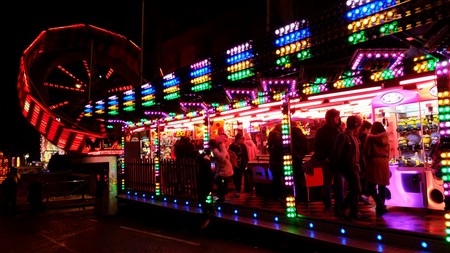 Hogmanay is entwined with numerous cultural traditions, many of which differ depending on geographical location. Probably the most widely practiced of all the traditions, however, is the ritual of ‘first-footing’. When the clock strikes twelve and the sound of bells can still be heard, folk from across Scotland start scrambling to the homes of their loved ones, families, and friends. The aim is to be the first person to step into the home in which they’re visiting, bearing gifts as a token of good luck for the coming year. Presents can range from shortbread to whisky, a black bun (rick fruit cake), and nowadays anything leftover in the cupboard! Traditionally, salt and coal were popular gifts, and were considered a symbol of health and warmth. As lovely as it is to be the first first-footer, many Scots still carry on this tradition throughout the month of January. 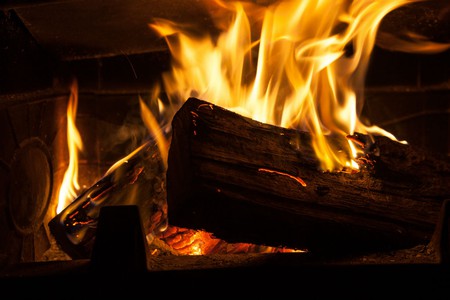 There’s nothing more nostalgic or heartwarming than linking arms with a friend or loved one at midnight while belting out Scotland’s iconic song Auld Lang Syne. The entire room gets involved by standing in a circle. They then link arms during the last verse. This is where matters become somewhat rowdier. The linked circle of happy people crossing over arms run in then out faster and faster as the song gains momentum. Although the linking of arms during the last verse may not be practiced globally, the Hogmanay ritual of singing this Scottish poem at midnight has spread like wildfire to other countries. It’s safe to say that people across the globe take a cup of kindness from Scotland and a snippet of Hogmanay, when they utter the ever-lasting lyrics of Robert Burns on New Year’s Eve. 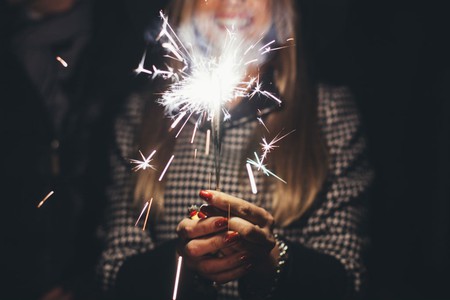 Split Shire | © Courtesy Of The Culture Trip
Give us feedback