Here's Why the Unicorn Is Scotland's National Animal 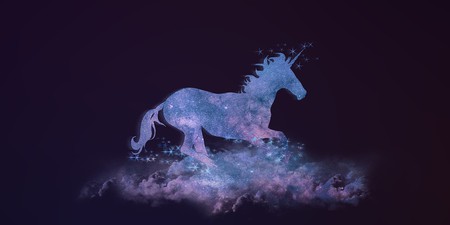 The Scots had a thing for unicorns long before everyone else! As Scotland’s national animal, this legendary creature has served as a Scottish symbol for centuries.

Although a mythical beast, the unicorn — a white horse-like creature with a lion’s tuft for a tail and a spiraling horn protruding from its forehead — has featured in many cultures as far back as the classical age. Babylonians idolised this enchanting specimen, while peoples from the Indus Valley Civilization incorporated the unicorn into ancient seals. Similarly, unicorns feature in written accounts from the ancient Greeks, Romans and Persians. 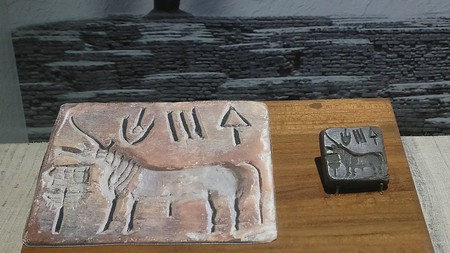 In Celtic mythology and folklore, unicorns are synonymous with purity, nobility, masculinity, power, courage and an unrivalled sense of strength. They also possess immense healing powers. The legend goes that a unicorn’s horn has the ability to purify waters tainted and poisoned by the surreptitious snake.

Mythology also states that these strong-headed creatures could not be caught unless by virgins, whose purity struck a chord with the equally as pure unicorns until they fell asleep in their laps. Many see this as an allegory for the bond between Christ and the Virgin Mary. 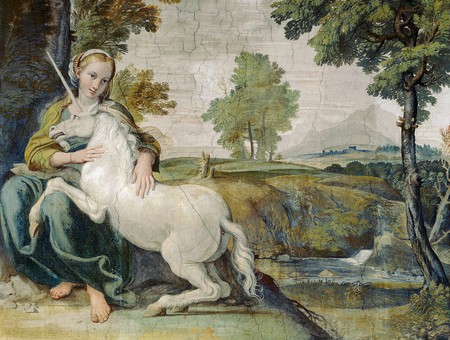 The unicorn and its sacred bond with Scotland is associated with Scottish heraldry. Praised for its pride and strength, this noble beast featured on an early rendition of a royal Scottish coat of arms by William I in the 12th century. During the 15th and 16th centuries, gold coins were embossed with the unicorn. And so, the Scottish royal coat of arms came to include two unicorns protecting the shield until 1707, when Scotland and England united and a lion was added.

Folklore states that these two creatures were arch enemies in a perpetual state of battle for the title of king of beasts — the unicorn reigned with harmony as power while the lion ruled by valor. Interestingly, even an animal as great and powerful as an elephant, the unicorn’s second arch nemesis, was still no match.

Today, the UK’s royal coat of arms still showcases a unicorn for Scotland and a lion for England. In Scotland, however, the unicorn is accentuated by the addition of a crown and its place on the left-hand side. 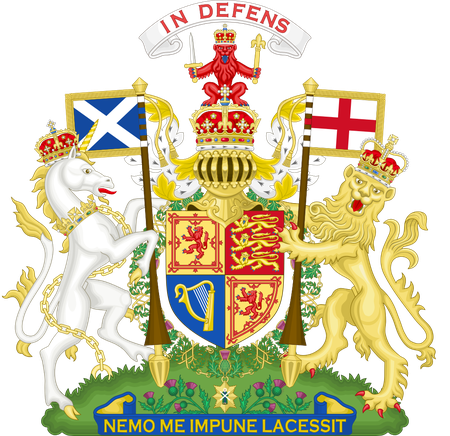 Notably, Scottish unicorns are always portrayed with golden chains wrapping over their neck and body. Some liken these to the unicorn’s intense strength, wild temperament and determined will, while others view it as a symbol of Scottish kings. 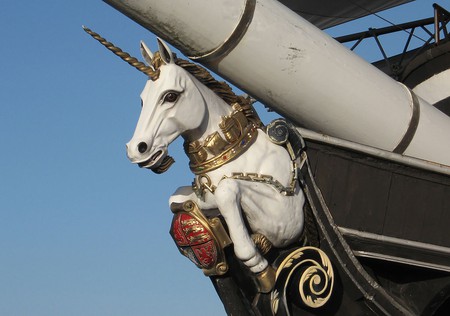 His Majesty’s Frigate Unicorn In Dundee | Dundee
Give us feedback