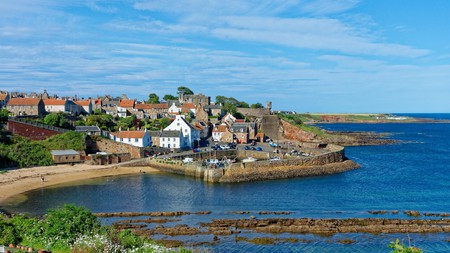 This historic country offers diverse treks, showcasing the finest of nature, heritage and architecture. Follow the Pilgrim’s Way, the Fife Coastal Path, get up close with one of the world’s most iconic structures, scale hills or get lost in a pine forest. Here are the best walking routes in Fife, Scotland.

Begin at the entrance to Fife – North Queensferry. This is the closest stop to arrive from the nearby Scottish capital, but best of all affords up-close views of the three bridges. Travel to your starting point by train, crossing the iconic Forth Rail Bridge, then set out on foot in its imposing shadow. The two-hour route hugs the coast up to Inverkeithing, before heading inland following an ancient pilgrimage route – check out the ruins of St James’ chapel, the Franciscan friary and St Margaret’s shrine on the way.

If you’re looking for a long-distance hike, explore this path over a period of a few days. It’s 116 miles (187km) in total, running from Kincardine to Newburgh. Created in 2002, it provides a clear and safe route boasting Fife’s prettiest sea views. If you’d prefer a shortened version, see the best bits by beginning at the charming fishing village of Pittenween and ending at Kingsbarns’ Cambo Estate. Be sure to stop off at the Anstruther seafront (known locally as Ainster), to refuel with its nationally renowned fish and chips. 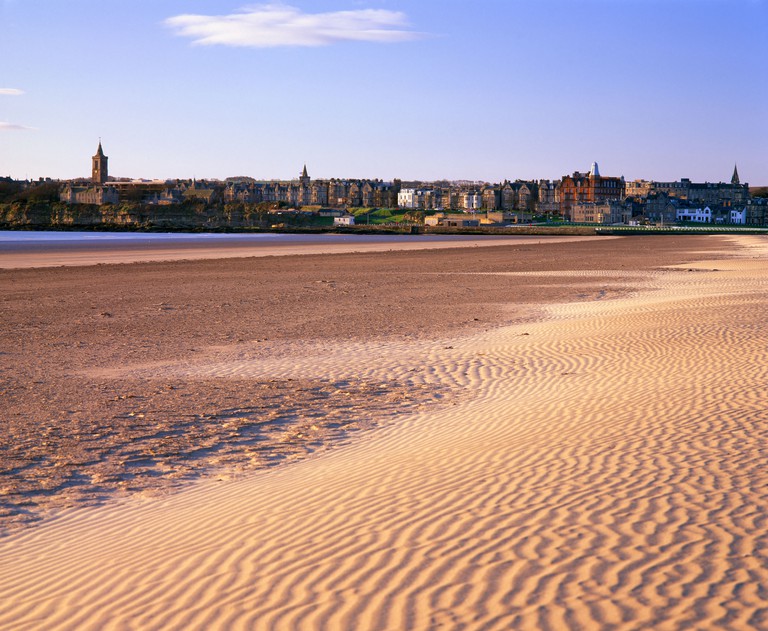 © David Robertson / Alamy Stock Photo
Follow in the footsteps of the Chariots of Fire cast by enjoying an easy windswept wander along this beach. It was used to portray Broadstairs in Kent for the film’s most famous scene and sits beside the revered Old Course in St Andrews – a place of international pilgrimage for golfers. The immaculate beach is a 15-minute walk from the town centre’s public transport links and stretches for two miles (3.2km). Take a romantic sunset stroll, followed by a meal or pint in one of the town’s many excellent pubs. 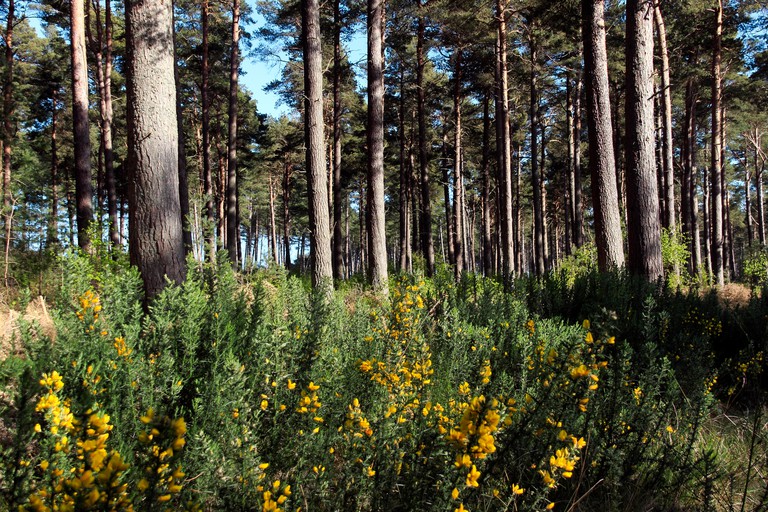 Roam the one-and-a-half miles (2.4km) of mature, tall pines at Tentsmuir and you could be fooled into thinking you’re in Canada or Norway. Park at Morton Loch or Tayport, then take a two-hour walk into the forest. Keep going over the dunes, and you’ll come to the shore, with its wild currents – be careful not to wade out too far, as the tides here are dynamic. Spot the 19th-century ice house and World War II pillboxes as you trek across the network of even paths. 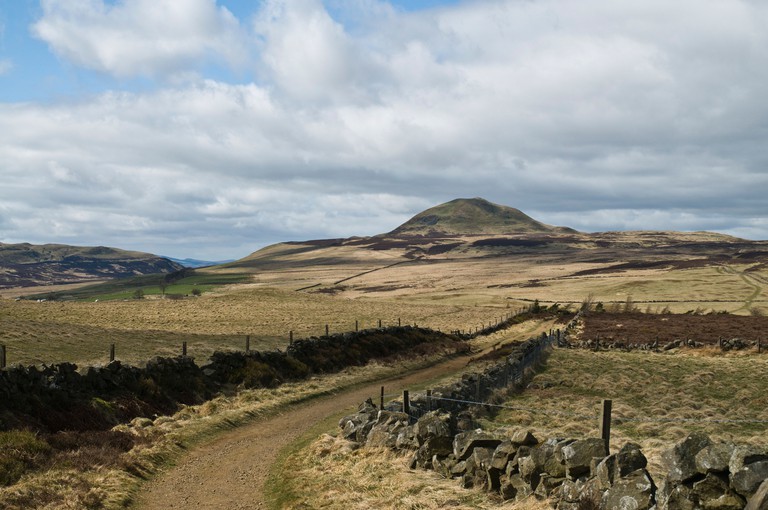 Get a bird’s-eye view of the region and some cardio by climbing the peaks in this park. It’s enormous, taking in most of west-central Fife, the River Leven Valley, Balbirnie Park and Lochore Meadows Country Park – the latter providing the majority of its facilities. There are multiple routes but for an energising challenge, cover a full circuit of the hills. It’s 12.6 miles (20.2km), with some rougher terrain for keen hikers – the views from East Lomond’s summit are supreme. 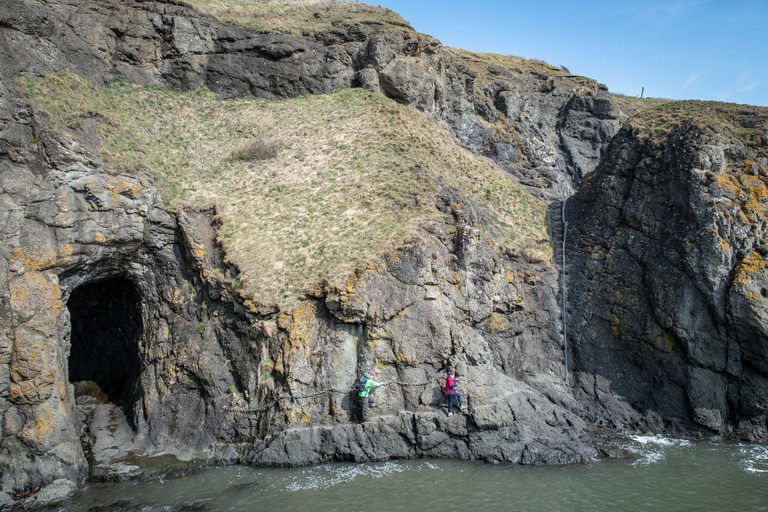 This is one of the area’s best-kept secrets. The walk is an unusual experience that’s more of an adventurous clamber. Follow eight vertical and horizontal chains across volcanic rock, cliff tops and caves for an hour or two (a distance of 0.3mi/0.5km). It’s not suitable for those with vertigo but recommended for anyone over the age of eight who’s game. Be sure to visit at low tide, with several hours margin before hide tide is due, as the path is submerged when the water reaches its highest point.

Wormit to the Tay Bridge

Fife’s most impressive walks are bookmarked by bridges. At its northerly point, the Kingdom rises up to meet Dundee, and the Tay Bridge crossing. Amble the paths from Wormit for around two and a half hours. You’ll pass kissing gates, picture-perfect cottages, an old mill, the ruins of Balmerino Abbey, a duck pond and a seal sculpture. It’s a top route for wildlife spotting – look out for deer, buzzards and real-life seals basking in the Tay. Be sure to wear your wellies, as this one can get muddy in places.