The Top 10 Restaurants In Glasgow, Scotland

© Pixabay
Glasgow’s reputation precedes it: Greek Revival and Art Nouveau architecture, booming nightlife and an art scene comprised of contemporary galleries, museums, and excellent music and comedy venues. There is also a restaurant scene that offers the finest of the wonderful food and drink Scotland has to offer. Since we last visited, the scene has expanded, so here’s our updated guide to eating out in Glasgow.

These days the Ubiquitous Chip has achieved iconic status in Glasgow and the rest of Scotland. The Ubiquitous Chip, covering several floors, is filled with artworks and murals by the staff members who have passed though during the 40 years of its lifetime. Opened in January 1971 by Ronnie Clydesdale when few Scots would venture out to dine beyond their own four walls, the Ubiquitous Chip was a forerunner in pitching Scottish cuisine alongside French and Italian, establishing its great style and hearty ingredients. The menu is still inspired by the natural bounty of Scotland, so expect to find Galloway roe deer, cod from the Shetlands, and the classic 1971 original Ubiquitous Chip venison haggis. 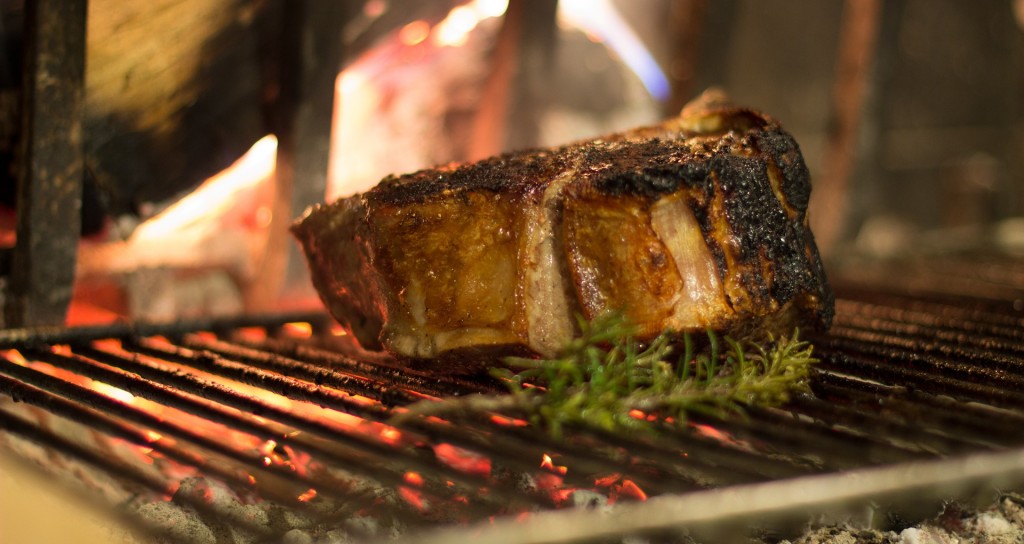 In Northern India, a roadside eatery is known as a dhabba. Given that this excellent Glaswegian curry house has gone on to win multiple awards, the original name has come to seem a little like false modesty. Established in 2002 the menu is based upon the dum pukht dishes that were once served to the nawabs of the northern states of India during the 18th century. The chefs in The Dhabba kitchen have experience cooking for India’s rich and famous and bring their extensive knowledge to Candleriggs Street in Glasgow city centre. The Dhabba was one of the first Indian restaurants to go beyond the staple curry house menu and draw inspiration form real regional Indian cooking. Watch out for the dum pukht specialty dishes that have been sealed in a dish and cooked in their own juices to retain their natural flavours.

Restaurant, Bistro, European, British, $$$
Range meats from lamb and game to Highland beef | © Pixabay
Fanny Trollopes specialise in providing authentic and seasonal food using locally sourced and well-prepared produce. The menu changes each day depending on what can be found locally, regularly featuring top of the range meats from lamb and game to Highland beef. Other dishes often on the menu include Perthshire venison casserole, Cullen skink, pigeon breast and pork belly from Ramsays of Carluke, who have been providing the finest meats for over a century and a half, served with classic Colcannon potatoes. The restaurant is a compact bistro-style establishment so you will need to think about advanced booking as it fills up quickly.
More Info
Open In Google Maps
1066 Argyle Street, Finnieston Glasgow, Scotland, G3 8LY, United Kingdom
+441415646464
View menu
Visit website
Visit Facebook page
Send an Email
Give us feedback

Number 16 is set in the heart of the buzzing West End of Glasgow and won a place in the Waitrose Good Food Guide for 2014. The menu is subject to regular changes, keeping up to date with the latest with seasonal ingredients and the finest produce as they become available. The à la carte menu has an international feel to it, with dishes such as salt cod with vegetables à la Grecque, fig salad with Israeli couscous and rhubarb vinaigrette for starters. Main courses on offer at the moment maintain an international mixed with traditional Scottish feel, including pork belly from Ramsays of Carluke, herb gnocchi with shaved truffle pecorino and walnut butter, pan fried halibut with braised fennel, and braised shoulder of Ayrshire lamb with smoked aubergine puree.

Wee Lochan is located in the Jordanhill area of the city, a short distance from the city centre on the north bank of the river Clyde. Renowned for the relaxed atmosphere that befits a neighbourhood restaurant, the food on offer is also recognised for its quality, bringing in eclectic influences from the Far East and the Mediterranean and merging them with traditional Scottish recipes. Starters on the dinner menu include Stornoway black pudding with smoked pancetta, scallops with sticky pork belly, oxtail ravioli with oyster mushroom ragout, and English asparagus shoots with duck breast. Main courses on offer include roast chump of new season Scottish lamb with couscous and a port sauce 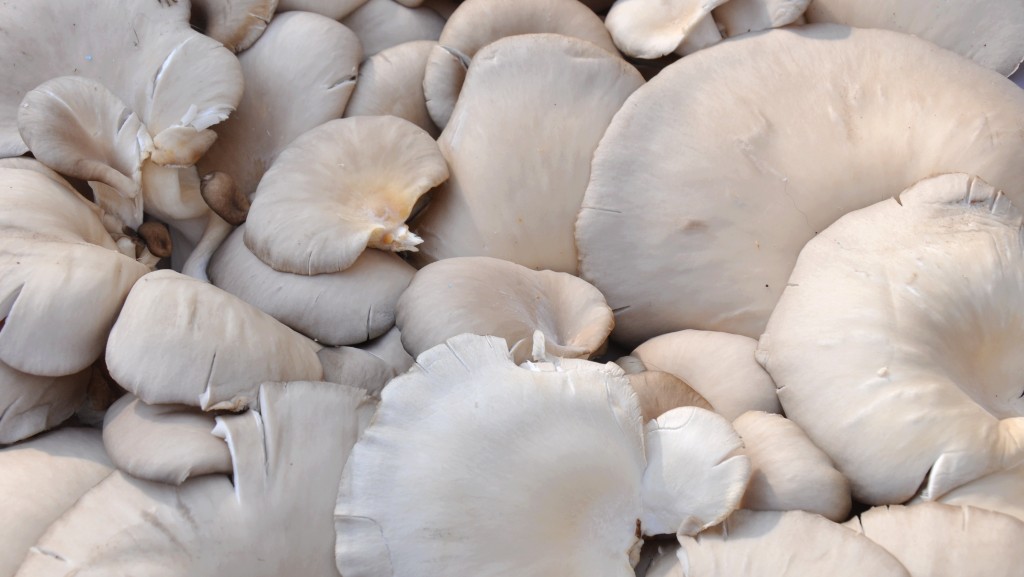 Based in the West End of Glasgow, Cail Bruich is most certainly one of the best up-and-coming restaurants in the city, having received a 2013 ‘Best Restaurant’ award at the Scottish Entertainment Awards. The food is traditional Scotch with French influences, made using the finest local produce delivered fresh each day. There are dinner and lunch market menus as well as an à la carte option. On the à la carte menu are classic Scottish dishes such as roasted quail with foie gras and truffles, and ox tongue with smoked potato and smoked bone marrow for starters. Main course options including West Coast turbot with a smoked eel tortellini, Perthshire beef fillet with heart and oxtail, and Dornoch lamb rump served it sweetbreads.

Named after the drug that was synonymous with the Far East during the 19th century, Opium offers high quality Oriental fusion cooking that mixes traditional dim sum with more adventurous, contemporary flavours. With inspiration drawn from Chinese, Malaysian and Thai cooking, head chef Kwan Yu Lee has spent 16 years as an apprentice learning his craft in the melting pot of Hong Kong. Now with over 35 years’ experience in professional kitchens, he offers up a menu that includes curious innovations and twists on classic Asian favourites. Watch out for pomegranate sweet and sour chicken, Malay Assam squid served with tamarind and cherry tomatoes, and rib-eye of beef with black bean sauce, green peppers and green beans. 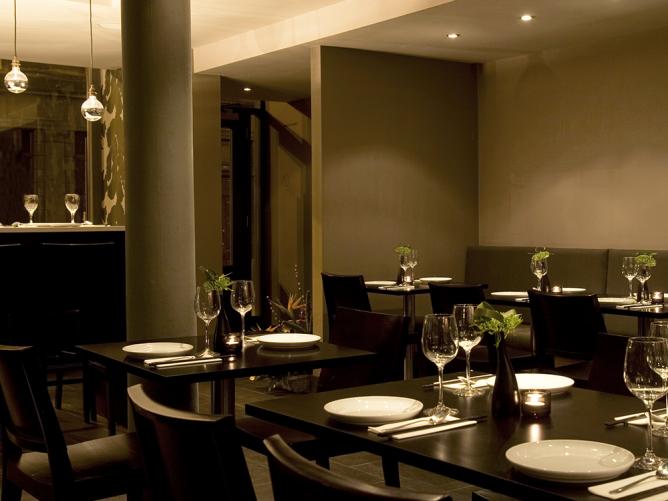 Restaurant, European, Contemporary, $$$
The Ox and Finch is a highly-regarded new restaurant in Glasgow that has won excellent reviews in the Scottish press. The food has been praised for quality of its ingredients and the willingness of the staff to let the flavours do the talking, rather than relying on overcomplicated cooking techniques. The quality of the restaurant’s vegetables was particularly noted by one review in The Herald Scotland. Amongst the dishes on offer at the Ox and Finch are scallops with chorizo, mackerel served with lemon, and cod with Thai salad. Meat options include rump of lamb with bulgur wheat and spiced aubergine, and house sausage with smoked ham hock beans. The vegetable side dishes include baked beetroots with goat’s curd, chips with truffle salt and aioli, and Ayrshire new potatoes and toasted oatmeal.
More Info
Open In Google Maps
920 Sauchiehall Street, Finnieston Glasgow, Scotland, G3 7TF, United Kingdom
+441413398627
View menu
Visit website
Visit Facebook page
Send an Email
Give us feedback

Restaurant, Coffee, British, Contemporary, European, $$$
Located in the West End on Glasgow close to Kelvinbridge subway station, Turnip & Enjoy has been offering contemporary and classic Mediterranean cooking since 2007. Family-run, the restaurant has already earned itself excellent reviews in the Evening Times and the Herald Scotland food sections. There are set and à la carte menu options to choose from – including tempting creations such as seared scallops, pumpkin veloute, and rabbit paella to start. The mains on offer at Turnip & Enjoy include gammon steak with sweet potato cake, and roast salmon with hot smoke fishcake, padron peperonata, and peanuts in a malaysian curry sauce.
Looks like it's closed Hours or services may be impacted due to Covid-19
More Info
Open In Google Maps
393-395 Great Western Rd, Glasgow, G4 9HY, United Kingdom
+441413346622
View menu
Visit website
Visit Facebook page
Send an Email
Give us feedback

Restaurant, European, British
Courtesy of Tempus
Tempus is the refined, classy restaurant at the prestigious Grand Hotel that forms part of Glasgow Central Station right in the middle of the city. The architecture is classic late 19th century Queen Anne style and has seen famous residents such as Churchill and Frank Sinatra over the years; in 1927 it saw John Logie Baird transmit the very first television pictures to the hotel. Tempus serves up top-notch, seasonal cuisine. Starters to choose from include crispy haggis bonbons with bashed turnips and leeks, trio of Scottish salmon, and ragout of roasted pork belly, whilst mains on offer at Tempus include Scottish steaks, wild boar bolognese, and blade of beef cooked Provençale style.
More Info
Open In Google Maps
99 Gordon Street, Glasgow, Scotland, G1 3SF, United Kingdom
+441412403700
View menu
Visit website
Visit Facebook page
Send an Email
Give us feedback
Give us feedback