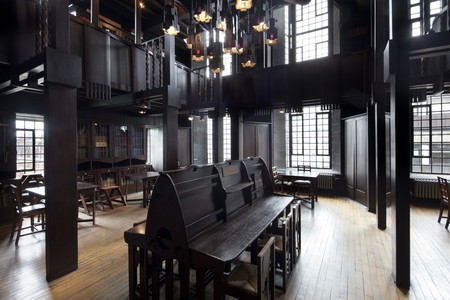 Architect Charles Rennie Mackintosh’s 1909 Art Nouveau masterpiece, the Glasgow School of Art, has been ravaged by fire, just four years after a smaller blaze broke out in the west wing of the world-famous building. The Grade A listed building is one of the most significant in the country and one of the most famous art schools in the world.

More than 120 firefighters tackled the fire and the damage caused is thought to be extensive. In 2014, firefighters were able to save around 90 percent of the building. A restoration project by architects Page\Park was in progress with the building set to reopen in spring 2019.

Mackintosh is Scotland’s most famous architect and this year Glasgow marks the 150th anniversary of his birth with a number of events and exhibitions.

The Glasgow School of Art was built between 1897 and 1909. Its design was heavily influenced by the Arts and Crafts style and is considered the finest example of Mackintosh’s work. Affectionately known as ‘The Mac’, every part of the building was meticulously detailed by the architect. It was once described by Sir Christopher Frayling, rector of London’s Royal College of Art, as “the only art school in the world where the building is worthy of the subject… this is a work of art in which to make works of art”.

The institution has continually functioned as an art school since its opening and student-led tours of the building were popular with tourists keen to learn more about the architecture, in particular the library space. Notable alumni include artists Jenny Saville and David Shrigley, Turner Prize-winning sculptor Martin Boyce, Doctor Who actor Peter Capaldi (graphic design) and actor Robbie Coltrane (drawing and painting). 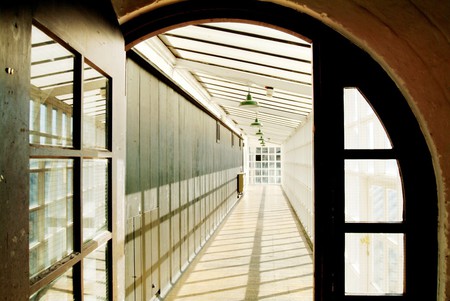 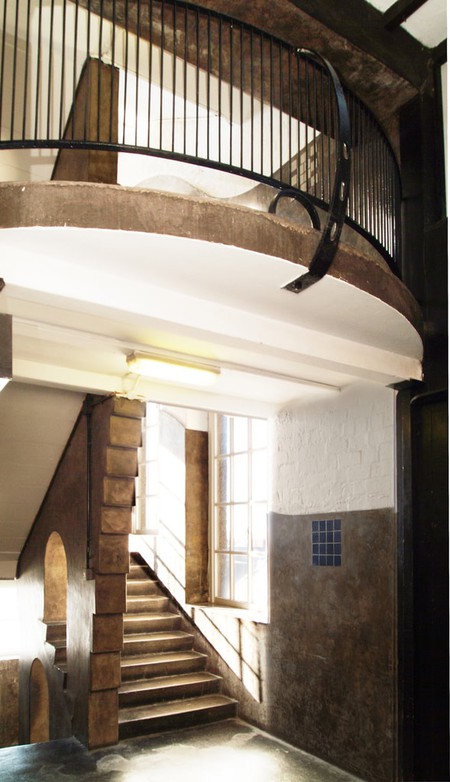 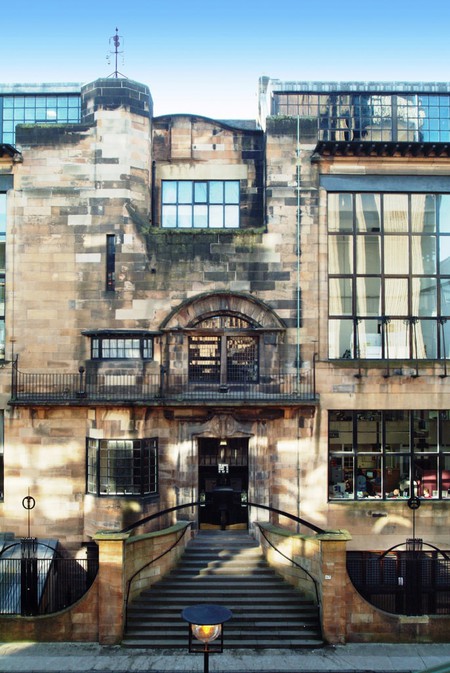 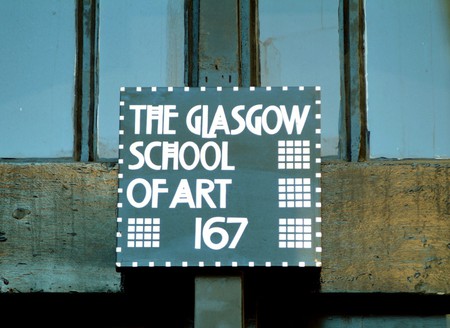 Signage over the entrance | ©McAteer Photograph
Give us feedback