With the third series of award-winning hit Outlander almost upon us, we caught up with star Sam Heughan and found out what’s in store for rebellious Jamie Fraser.

When we left Jamie at the end of the last series, he had just been involved in the bloody Battle of Culloden, and found himself on the losing side. Season three, which premieres on September 11 in the UK, will pick up the action and promises to show the defeat from Jamie’s perspective.

You might also like: Outlander Stars Steven Cree and John Bell on What to Expect in Season 3

Meanwhile, we also see how Claire Randall (Caitriona Balfe) is coping with life back in her own time, having left the 17th century Highlands at the request of Jamie. 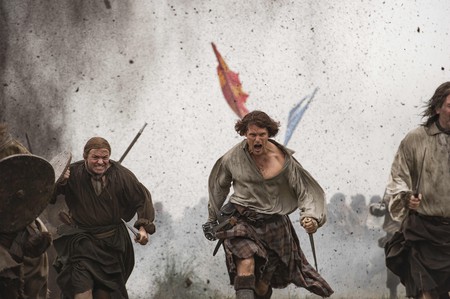 Series three is based around Diana Gabaldon’s novel Voyager and sees Claire trying to track down the man she loves across the divide of time.